BACK TO ALL NEWS
Currently reading: Bold new Nissan Ariya is pivotal electric SUV with 310-mile range
UP NEXT
The next Hamilton? Autocar meets F1 prodigy George Russell

The new Nissan Ariya electric SUV features bold styling, a range of up to 310 miles and a 389bhp performance variant – and Nissan claims it will “mark a new era for electric vehicles” by combining high levels of tech with “exciting” handling.

The crucial new model is set to go on sale next year as a rival to the Tesla Model Y and Volkswagen ID 4 and will sit above the successful Leaf in the Japanese firm’s EV line-up.

The Ariya retains the bold styling of the concept unveiled at last year’s Tokyo motor show and showcases Nissan’s new brand identity with “seamless, elegant and fresh” styling. It’s the first model built on the Renault-Nissan-Mitsubishi Alliance’s new CMF-EV electric architecture, with Nissan operating chief Ashwani Gupta saying it represents the start of “a new chapter for Nissan”. He said the firm has “strived to amplify the fun-to-drive aspect of electric mobility,” adding: “It’s not just a great EV crossover, but also a great vehicle – a true force of wonder that will take us into the future.”

The Ariya will be sold in five versions in the UK, with single-motor front-wheel-drive and twin-motor four-wheel-drive powertrains and a choice of 63kWh and 87kWh batteries. 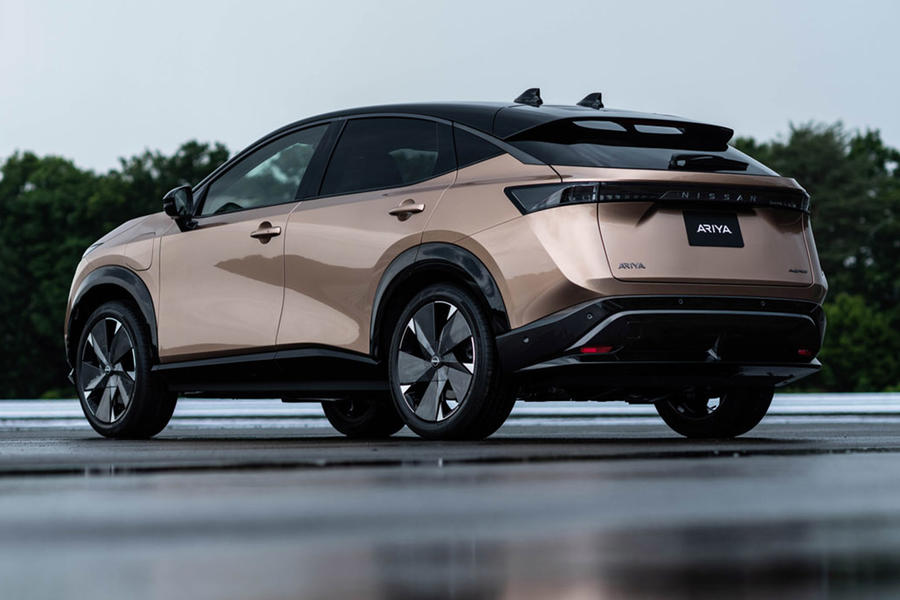 The twin-motor powertrain uses Nissan’s new e-4orce four-wheel drive system, which the firm calls the “spiritual offspring” of the system used in the GT-R supercar. It employs a regenerative rear-motor braking system to minimise vehicle pitch and smooth the ride. 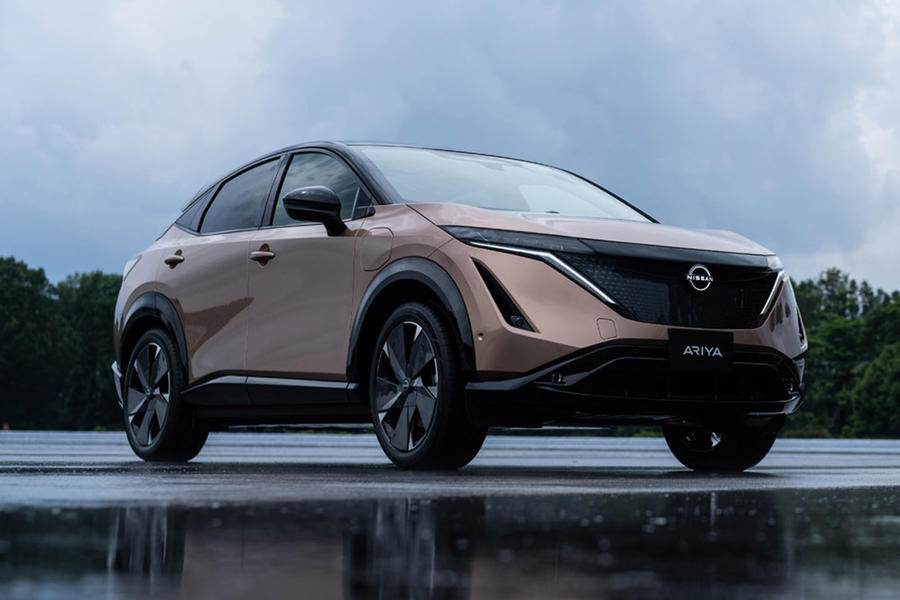 The front of the car features a new ‘shield’ design and has a 3D ‘kumiko’ pattern under a smooth surface. In markets that allow it, the Nissan logo will be backlit with 20 LEDs. The side profile has a low-slung coupé roofline, with a single, horizon line linking the front and rear of the car. The back end has a distinctive C-pillar design, a high-mounted rear wing and a one-piece light bar. The Ariya rides on 19in or 20in wheels and has multi-link rear suspension.

The minimalist interior is similarly bold, with virtually all physical buttons replaced by capacitive, haptic-feedback switches built into the dashboard surface. A fold-out centre storage box is sited under the main instrument panel. There are also ‘Zero Gravity’ slim-profile seats, a 12.3in central touchscreen, a 12.3in digital driver display and what Nissan says is one of the largest full-colour head-up displays in the class.

The Ariya will also be offered with a high level of driver assistance systems, including an enhanced version of the Leaf’s ProPilot system, with lane-keeping assistance and adaptive cruise control. Nissan’s Safety Shield active safety systems are standard. 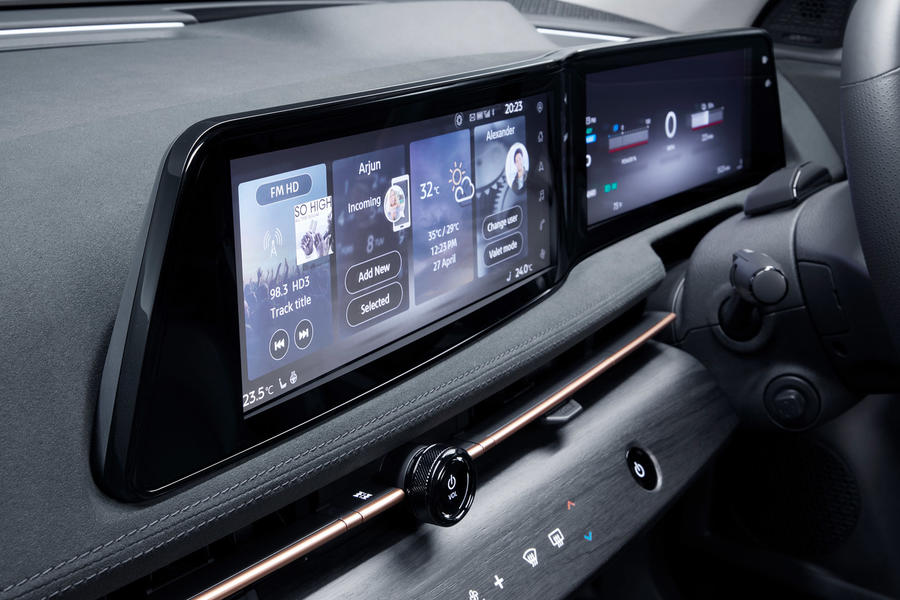 The Ariya has a new voice control system and owners can use a Nissan smartphone app to check battery status and set climate controls remotely. Built-in 4G connectivity allows over-the-air updates, too.

The 63kWh cars will get a 7.4kW home charger, with 87kWh cars featuring a 22kW three-phase charger. There’s also a 130kW rapid-charger.

The Ariya is expected to go on sale in the UK early next year. Trim levels and pricing are yet to be finalised.

Is it FWD or RWD?

Less dynamic than RWD but it means it has a significantly larger boot than the dual motor 4wd version (466 litres vs 408 litres).

Looks good in blue, could be a contender

Personally I think it looks pretty good, and much better in the light blue colour than the brown in the pictures accompanying this article.  I'd like to see it in the metal.

The rear seats look very spacious, which is a necessity for our family with three growing kids, and was a source of some disappointment in the recent reviews of the Polestar 2.  It's also great that they are offering a combination of different size battery packs each with a 2wd and 4wd option.