This is the latest in a handful of similar-size models to capitalise on two trends: SUVs and electrification, appealing to those who like SUV styling but are also most suited to an EV: low-mileage urban drivers.

The e-2008’s most eminent direct rivals are the Kia e-Niro and Hyundai Kona Electric, which follow a similar tack to Peugeot’s strategy: the e-2008 is simply a variant of the new Peugeot 2008, offered alongside petrols and diesels. As the slogan goes: “Choose your Peugeot, choose your powertrain.”

There are subtle styling differences between them, though: the e-2008 gains an ‘e’ monogram on its front wings and tailgate, a body-coloured grille with horizontal slats (rather than vertical ones) and a snazzy lion logo that changes from blue to green when viewed from different angles. 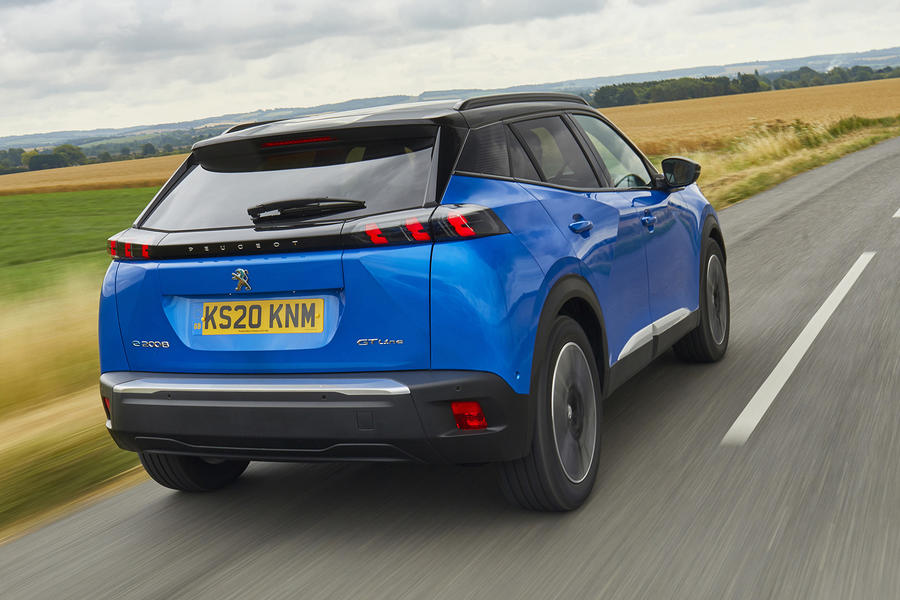 The obvious question is range. This car officially has 206 miles on WLTP, significantly less than the 292 miles offered by the Kona. That’s more than enough for most people’s lives, but whether the reassurance of grander numbers is enough to sway buyers is another matter. On a 75-mile stretch of our test that included town, motorway and country roads, the predicted range dropped by 99 miles – admittedly with air-con at full pelt.

The e-2008 sits on the PSA Group’s new e-CMP platform, following the e-208, DS 3 Crossback E-Tense and Vauxhall Corsa-e, all also siblings of conventional cars. A benefit of this versatile platform is that there’s no compromise on space versus a conventional 2008, but the payoff is the battery’s extra weight.

The heft – some 300kg more than a petrol 2008 – is evident, especially on rural roads, but despite that, the e-2008 handles respectably everywhere but the tightest corners. Pair that with light and accurate steering and you have yourself a surprisingly dynamic drive – for a compact SUV, at least.

A respectable ride, especially around town, is another plus. While rivals such as the e-Niro and MG ZS EV are damped to float over speed bumps but compromise body control as a result, the e-2008 is well-judged to manage both, absorbing uneven surfaces but still remaining steady.

Its 134bhp motor produces the familiar instant torque of EVs (192lb ft in this case), although its delivery is more linear than some and plenty sufficient up to motorway speeds. Change to Sport mode, press the throttle and you feel a satisfying surge – at the cost of range, naturally.

EV fans will know the serenity of driving with only a gently humming motor for company. Not only does the e-2008 tick this box, but it also offers far less wind and road noise at high speeds than the Kona and ZS EV.

This GT Line model (the second most expensive of six, at £32,915) has a classy interior, with a 10in touchscreen, 3D digital instruments, heated front seats, front and rear parking sensors and much more.

The common complaint about the intuitiveness of Peugeot’s latest infotainment remains, particularly the inability to easily access air-con controls through the touchscreen.

But quibbles aside, the plushness of the materials and the overall finish represent significant steps up from those of the e-Niro and Kona. 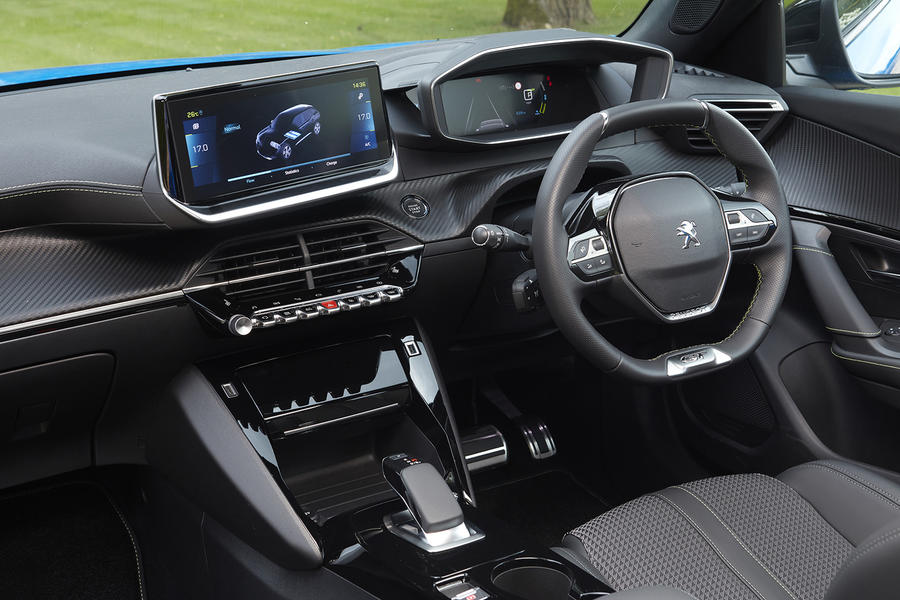 For a compact SUV-seeker with a fancy for going electric, the e-2008 will make a strong case. Deliberately similar in feel to its petrol and diesel siblings, it will ensure an effortless first step across the divide.

Plus, it’s cheaper than rivals (from £28,150), better to drive and more luxurious inside. Its main downfall, which will deter a fair few, is that inferior range. 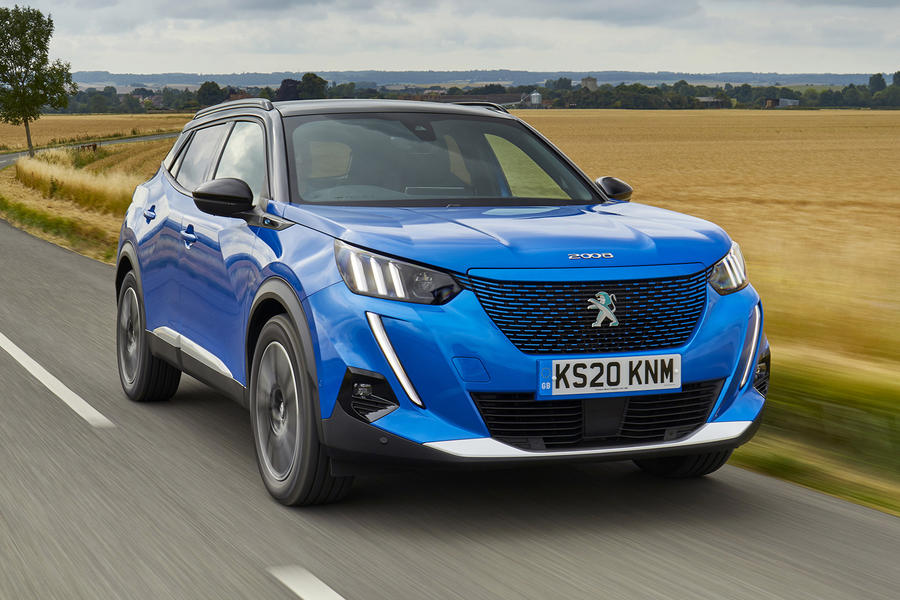 The Pug 2008 and similarly elevated shopping trolleys / city runabouts might be many things to many people, but Sports Utility Vehicles they most certainly ain't. Pretending that they're SUVs doesn't just fly in the face of accepted definitions, it also helps motor manufacturers charge large car prices for mediocre little cars. I really wish UK motoring hacks would stop this deceitful practice.

Something spectacular plus Peugeot can be proud

.... for the 2008 II is another blockbuster for the brand. Press and buyers genuinely appreciate this class-act. Something spectacular to top it off: In 2020: Volkswagen LOSSES €400 per vehicle sold, Toyota reels in  €500 per unit but PSA tops 'm all: €715 PROFIT per car sold.

I think this is quite a

I think this is quite a handsome looking car, I quite like the looks of the previous version as well, the first was a bit blobby. range would suit me fine, but as with all EVs and, to be fair, all modern cars, it's still too expensive.
View all comments (9)