BACK TO ALL NEWS
Currently reading: Inside the UK's oldest Porsche garage
UP NEXT
Entry-level SUVs on the way from Volvo and Polestar

Modern Porsche dealerships look like a cross between a spaceship and a slick motorhome lifted straight from the Formula 1 paddock. Not when I was growing up they didn’t. They were built into three old converted cottages in the middle of town. Or at least Porsche Centre Kendal – aka Parker & Parker – was. I’d gawp at cars in the window, not realising this was actually the oldest Porsche dealership in the country and that the same family had run it the entire time. It still is, they still do, but next year it’s all change, with a shift to all-new premises.

“Our history dates back to my grandfather selling motorbikes in the early 1920s,” says Ian Parker, today’s centre principal. “We began selling cars with Volkswagens in 1953, then added Porsche in 1957. I remember going to car meetings in a Porsche 356 as a child when my dad ran the business. Porsche has always been in my blood.”

When Parker & Parker began selling Porsches in 1957, the official importer, AFN, had been bringing in 356s for only three years, so Ian’s childhood and almost five-decade-long career is not just fascinating in its own right but also mirrors the story of Porsche in the UK: he has helped the business survive the downturns of the early 1970s and 1990s and the financial crises of the late noughties and has seen Porsche embrace front-engined sports cars and usher in the mid-engined era, then the supercars, saloons and SUVs and now electrification. And through it all, he’s kept on selling 911s.

With a head for figures – and a push from his dad to do something different first – Ian worked initially in banking after school but joined the family business aged “19 or 20”.

He says: “I started on the sales side, then moved to aftersales, and that was always my main love.” He became dealer principal in 1990.

The Beetle-based 356 overlapped with and was eventually replaced by the all-new 911, which was launched in 1963, but volumes remained so small that Parker & Parker were still operating as both a VW and a Porsche dealer when Ian joined in 1972, not long before the mid-1970s recession. Perhaps ironically, it was the arrival of the Porsche 924 in 1977 – another four-cylinder Porsche again partly derived from VW parts – that helped Parker & Parker recover and flourish. 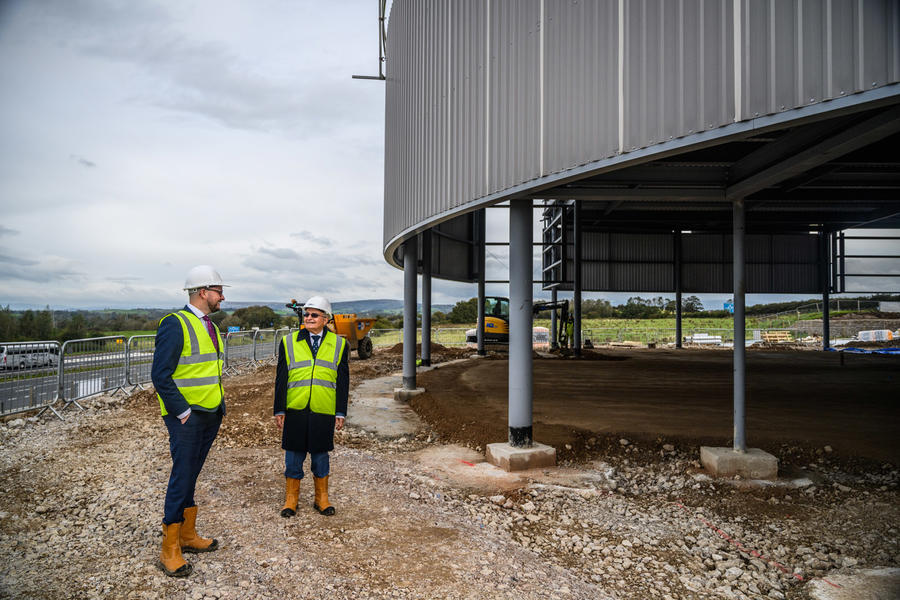 Business continued to thrive with the 944 and the 928 (“they were good after the first couple of years”) until the recession of the early 1990s bit, and eventually the Porsche range dropped to just the 993-era 911. “That was tricky and ultimately a harder period than the 1970s. Not every dealer made it through,” says Ian, “but the Boxster really got things going again. It was so good from day one. I remember the launch in Arizona, everyone coming back absolutely beaming.”

Of course, the Boxster precipitated the 911’s switch to water cooling, a big break with Porsche tradition, for the 996-generation model. “The 996 911 took off extremely well from day one, but for some diehards – and I count myself as a bit of a diehard – the end of air cooling was the end of an era,” remembers Ian. “But then look back to the 911 replacing the 356: some people said it was too big!”

The Boxster’s strong sales helped Parker & Parker concentrate purely on Porsche for the first time in 1997, and in 2000 it moved to a slicker new site round the corner from the three converted cottages in time for the Cayenne SUV to supercharge sales once more. Overall, annual new sales have hovered around the 200 mark in recent years, alongside 100 or so used sales, with strong return trade hidden in the figures.

“Aftersales is key and we have a real variety of customers – some could buy 10 cars at once, others have saved all their life to own a Porsche – but if you don’t look after them, they don’t come back,” says Ian. “You have to first think about how you’d like to be treated, perhaps in a first-class hotel or restaurant. It’s easy to talk about it, but you can only do it with the right attitude and a strong team.” Seven years ago, with the Cayenne, Cayman and Panamera well established and the Macan SUV incoming, Ian realised another move was inevitable and settled on an all-new site in 2016. Today, much of the £5 million building work is complete. 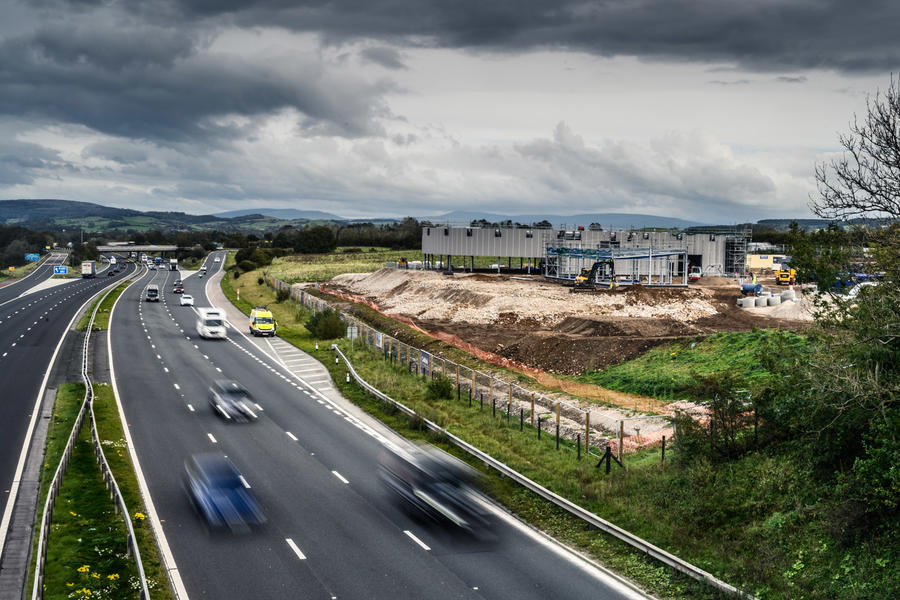 It’s an impressively modern building in the UFO/F1 motorhome style, three times the size of today’s dealership, equipped with all the latest charging infrastructure and with room for future expansion.

Sixteen miles south of the dealer’s current location, it can no longer be sensibly called Porsche Centre Kendal. Instead, it’s Porsche Centre South Lakes. Just a slip road and roundabout off junction 35 of the M6, it’s perfectly placed to snare moneyed day trippers heading for the Lakes.

The plan is to open in July 2021 and, over the following two years, Ian will gradually hand the baton to son Simon, who’s been in the business for 14 years after joining from uni. He’ll ultimately become centre principal.

So as much as things are changing for Porsche’s longest-serving UK dealer, the unbroken family line will see its fourth generation take charge – pretty fitting for a family that has been selling Porsches since before the 911 even existed. 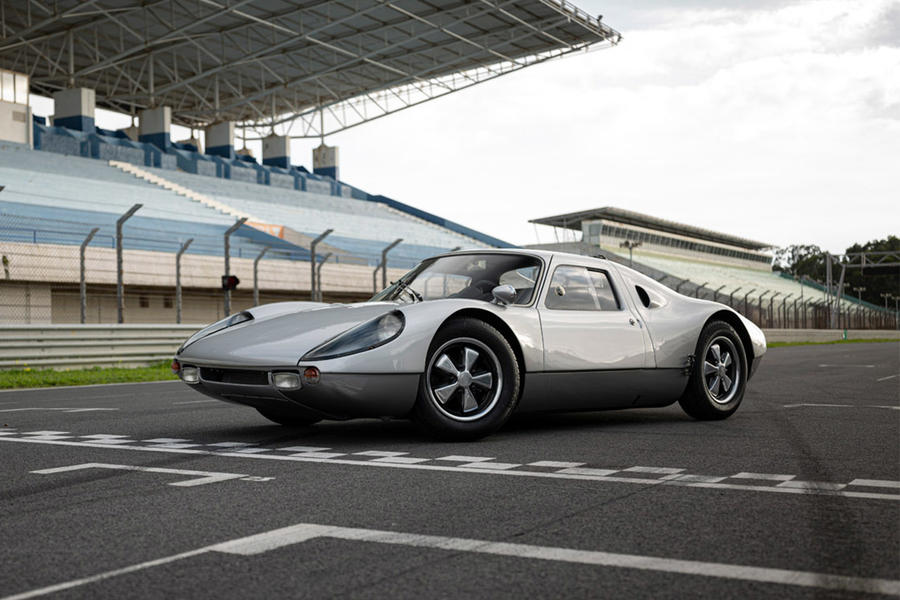 Porsche 904: “One of the most beautiful cars Porsche has ever made. We were lucky to own one and it was the last competition Porsche that was still road legal.” 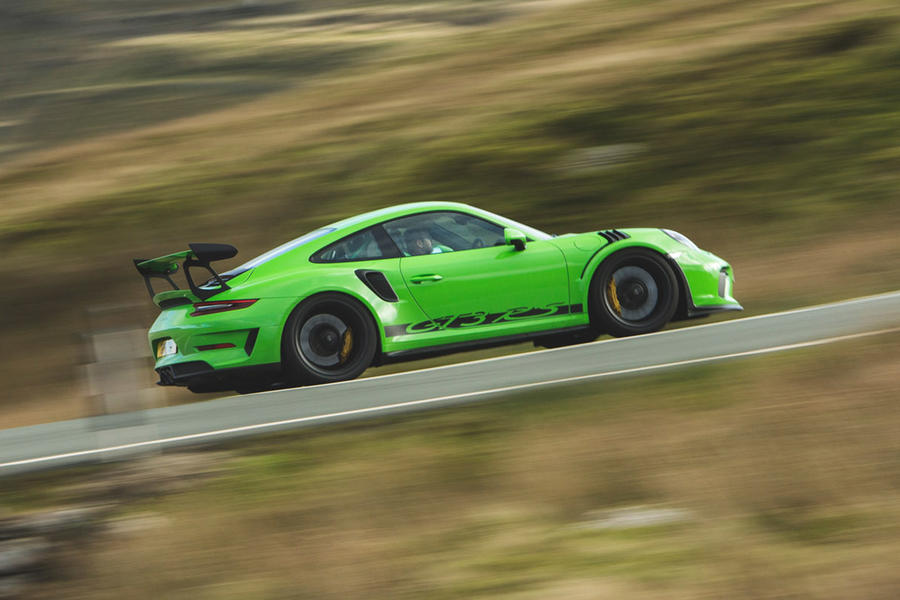 Porsche 991.2 GT3: “All GT3s have been great, but we own the latest model and it gives huge pleasure on road or track. The sound it makes at 8500rpm is just incredible.” 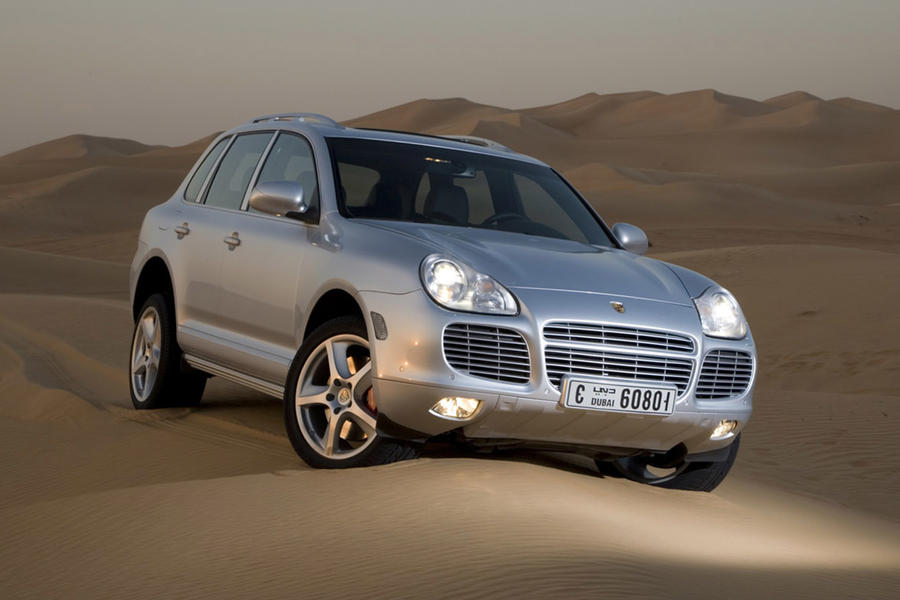 Porsche Cayenne Turbo: “Given this was Porsche’s first effort at a large four-wheel-drive car, I still remember being amazed how well it handled on the road while being able to negotiate a serious off-road course.”

James Ruppert: who wouldn't want a bargain Porsche - but do they exist?

Panda to your customers needs.
It really is that simple.
Porsche showrooms are pretty darn cool it must be said.