The 996 series is the 911 for people with more sense than money, because prices are on the up yet still relatively affordable
Share
Open gallery
Close

Whenever they encounter a 996-series 911 of 1998-2004, Porsche enthusiasts look the other way. As the first of the water-cooled models, it represents a betrayal of everything the car maker had hitherto stood for, they tell themselves. 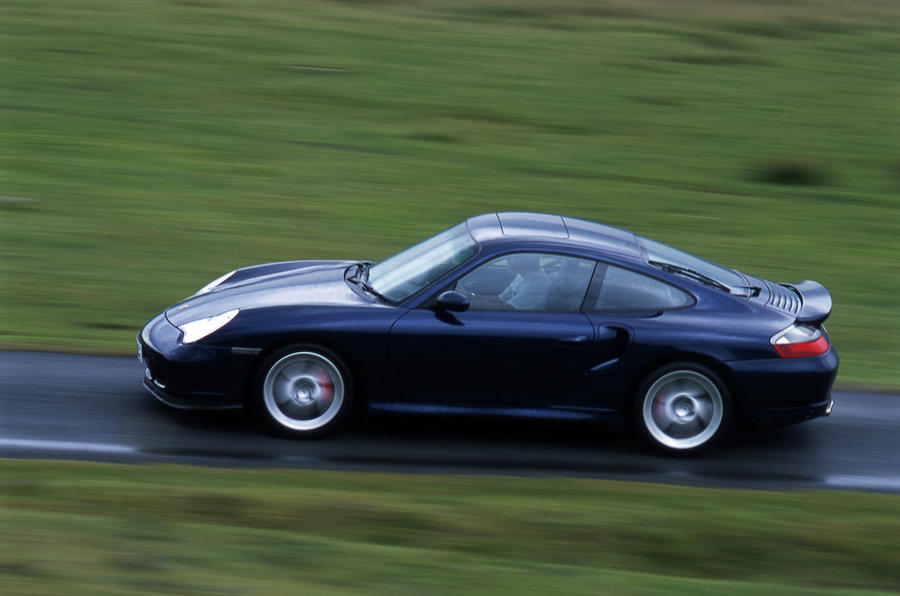 Most encouraging of all, dealers reckon prices for good cars are at their lowest point and showing signs of climbing as buyers, priced out of older air-cooled 993s and 964s, park their reservations and begin piling into the model. So with luck, buy now and clean up later on.

At launch in 1998, the 996 came in coupé form only, powered by a 3.4-litre flat six producing 292bhp and with a choice of six-speed manual or five-speed Tiptronic automatic gearboxes. A cabriolet followed soon after and then, in 1999, came the four-wheel-drive Carrera 4. This introduced Porsche Stability Management (PSM), a system designed to rein in the car at the limits of adhesion.

It was followed by a trio of high-performance, so-called Mezger-engined, versions that are beyond the scope of this brief guide. First out was the 355bhp GT3 – a stripped-down track-inspired version – followed by the 408bhp Turbo, with pumped-up styling to match. Topping them off was the rare 456bhp GT2. Prices for Turbos start at around £29,000. The only GT3 we saw, a 2004-reg with 64,000 miles, was £64,995.

A 2002 facelift retired the 3.4-litre engine for a 312bhp 3.6 with Porsche’s Variocam 2 variable valve timing. The infamous ‘fried egg’ headlights also got the heave-ho in favour of the Turbo’s ‘teardrop’ dazzlers. This is the generation to buy if your budget allows. 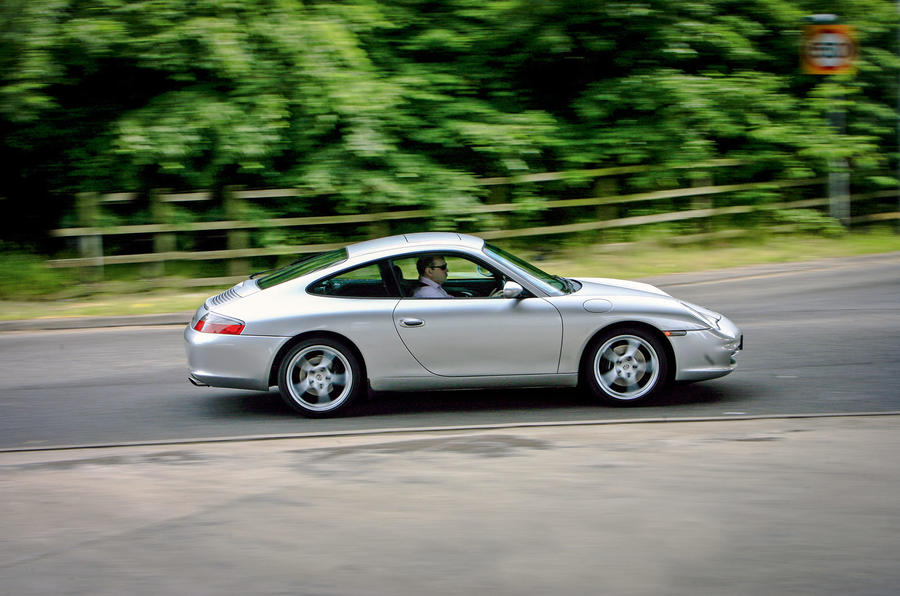 The same year marked the arrival of the Targa, with its sliding panoramic glass sunroof. This is another rare 996, although we did see a rather nice 2004 example with 60,000 miles and full Porsche history for £19,995. Also in 2002, the Carrera 4S coupé and cabriolet emerged. Wrapped in the Turbo’s wider body and fitted with its sportier suspension and more powerful brakes, these cars are the choice of most experts we spoke to. Prices begin at £17,000. And then, with the arrival of the all-new 997 in 2004, it was all over.

All over for the 996, but not for the rumour mill, fuelled by stories about the model’s poor reliability, in particular failure of the rear main seal (RMS) and cracked cylinder heads at all ages, failure of the intermediate shaft (IMS) bearing on some post-2001-model-year cars, and split cylinder liners on some 2004-model-year cars. These are very rare problems and there are tell-tale signs, so don’t let scaremongers put you off. You’ll only kick yourself.

Matt Gooda, Mortimers: “The 996 is the 911 to buy but do so now because prices are rising. I’m paying more for good ones than I was 12 months ago. It’s inevitable now that the earlier, air-cooled cars are out of reach. The 996 won’t always be as cheap as this. The exception is the Turbo, whose prices have been climbing steadily, although I reckon they’ve peaked. You’ll be lucky to find a 996 with a full main dealer service history but a mix of main dealers and specialists using the correct oils and filters is fine.” 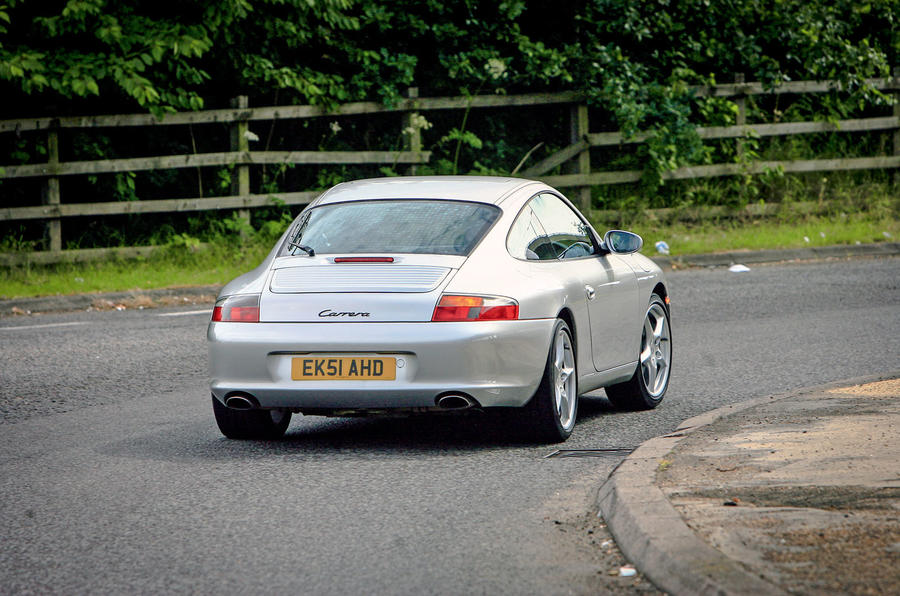 ■ Engine: Listen for a rattle from cold, suggesting the IMS bearing is failing. An oil leak is another clue. Check whether it has been replaced, and if it hasn’t, consider a retrofit replacement when the clutch is changed. Cylinder heads and liners can crack and split on early 3.4s. Look for coolant in the oil and have the bores checked. An oil weep could be the rear main seal. Check the front-mounted radiator and air-con condensers for corrosion or damage. Inspect the coil pack insulation for cracks.

■ Body: With the exception of the door latches, any rust you see is probably related to an accident repair, so check panel gaps, too. Inspect the underside for signs of structural damage. Check the headlights for rust caused by condensation. Make sure the automatic boot spoiler rises and falls.

■ Interior: Squeaks, rattles and worn and scuffed trim are to be expected. Check for warning lights and make sure the air-con system does its job. 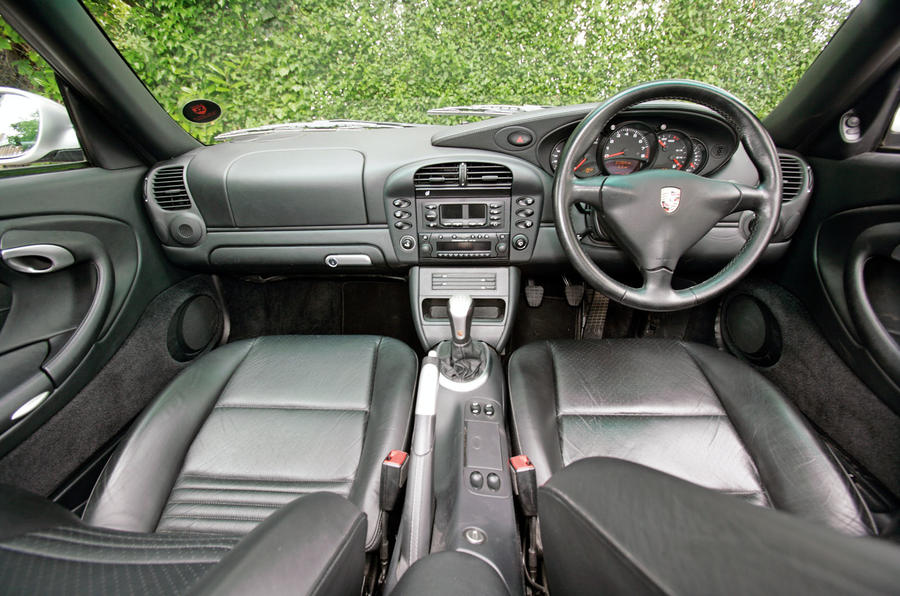 A used 996 may be inexpensive but its repair bills certainly won’t be. It’s why having your proposed purchase inspected by an expert such as Porsche Inspections (porscheinspections.com) is a smart move. It’s not cheap, at £410, but could persuade the seller to throw that vital repair or service into the deal. 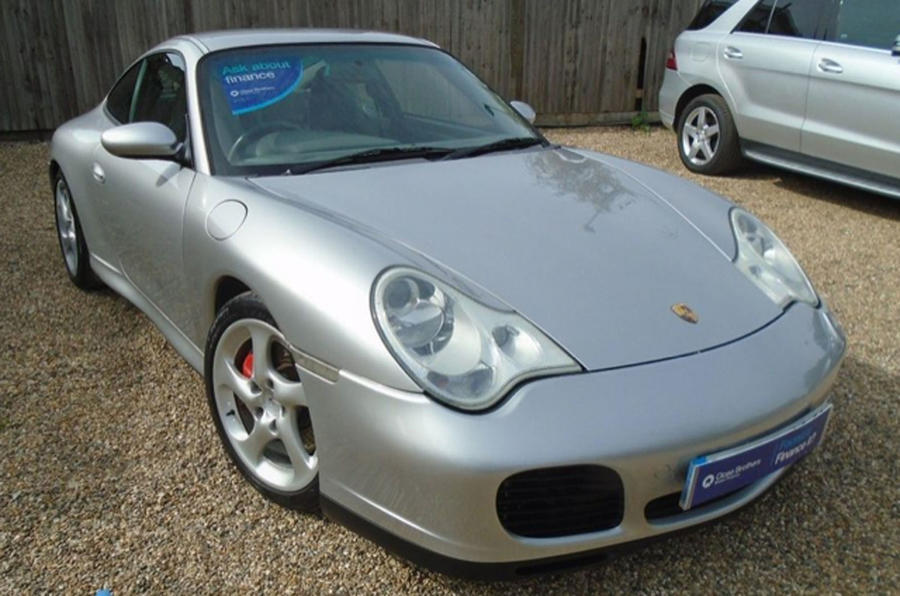 Porsche 911 3.6 Carrera 4S Coupé Auto, 2003/53- reg, 113K miles, £17,750: The version the experts would buy. It has 12 service stamps in the book. It has also had five owners but, on the plus side, that means five honeymoons during which it has been cherished rather than taken for granted…

The history of the Porsche 911: picture special​

Unless Turbo/GT3/GT2 would not buy anything earlier than 2010, when IMS problem was finally fixed, IIRC, though bore scoring happened afterwards as well. I am with Jeremy on 911/Boxster/Cayman front. Still have my manual 997Turbo (sentimental reasons) coupe, but sold 982 BoxsterS. Boxster was much more exciting car to actually actively drive, Turbo is an overtaking Meister once turbos spool up it is a rocket ship but otherwise more of transportation (it rides you) than driving tool (you ride it).

Let me give any potential

Let me give any potential purchasers the benefit of my 996 ownership. I had a late 2000 manual 3.4,which was nearly 4 years old when I bought it.I thought it had 296bhp, not 292. It had gunk in the oil,but the main dealer told me it was normal and I never had any issues in my subsequent 4 years of ownership. The biggest issue was the battery constantly going flat, which was associated with the standard alarm. Servicing, although what you'd expect from a main dealer cost wise, came to be a joke.I only covered 5k a year and I was being hit with all kinds of extras that I was told were major issues (mainly suspension related) , yet were never present the previous year. The later 3.6 needs a service every 2 years I believe, so worth going for. Over 20k miles, it never missed a beat and was a hoot to own. I had a new 993 cabriolet before the 996 and could never understand the attraction of it. The dash looks like a child designed it and the organ pedals were not easy to get on with. The 996 was a better proposition in my opinion.
Jeremy 11 March 2019

I had an early 996 as a more practical replacement for a Boxster S. I could never get on with the over-light steering and never felt confident in it. The Boxster S was so much nicer as a car - the one car I regret selling.