BACK TO ALL NEWS
Currently reading: Westfield and Chesil to launch pioneering electric kit car
UP NEXT
Toyota GR Yaris H2 is hydrogen-fuelled hot hatchback

Founded in 1983, Westfield makes fibreglass track cars inspired by the Lotus Seven in the West Midlands. Dorset-based Chesil has been producing replicas of the 356 since 1991, with more than 500 units sold so far.

Westfield hopes to use its fibreglass production methods to "futureproof” Chesil’s flagship - a faithful recreation of Porsche’s first production model.

This weekend’s E Speedster debut is the result of months of collaboration between the two firms. Westfield calls it “the first fully electric car for the home-build market”, with existing options limited primarily to conventionally fuelled lightweight track cars. 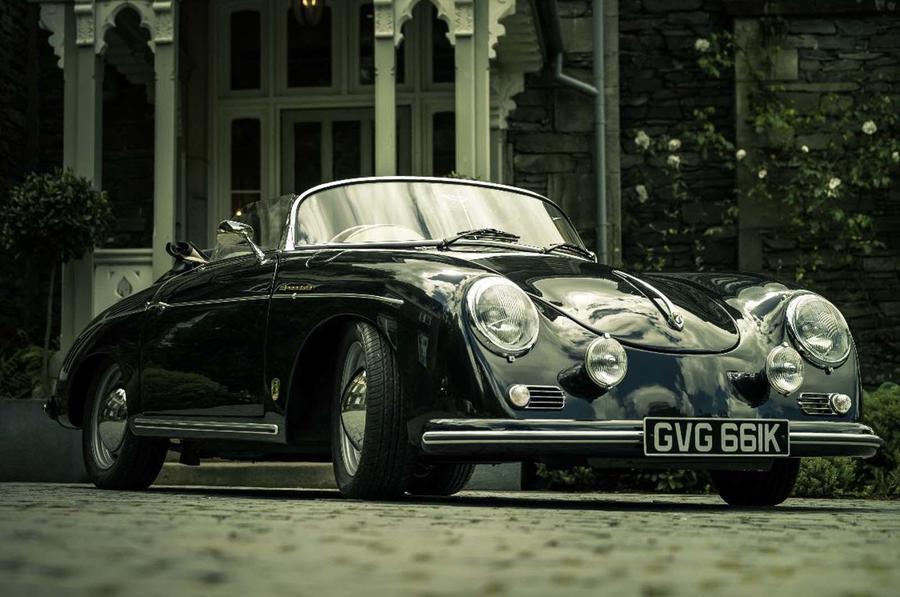 Externally, the E Speedster is indistinguishable from later variants of the original 356, although the switch to an electric powertrain is likely to entail some chassis upgrades and modern interior technology.

Performance details and pricing are expected to be revealed at the model’s launch.

The E Speedster will be produced at Chesil’s headquarters alongside the conventionally powered Speedster, which uses chassis and powertrain components from the original Volkswagen Beetle.

Westfield and Chesil will retain separate production facilities, although models for export will be built at Westfield’s Kingswinford factory to the company’s existing type approval criteria.

Westfield CEO Julian Turner said: “We see the continued global growth of the Westfield collection providing a bespoke car to meet the individual needs of our customers.”

This latest development marks another step in the continued diversification of the firm's product portfolio. In 2017, it launched a driverless shuttle bus to act as a pilot for an autonomous vehicle feasibility study in cities around the UK.

Seven of the best Porsches of the last 70 years​

Matt Prior: A quiet goodbye for the Volkswagen Beetle​

Is this motor a popular one because of it's unprecedented driving exuberance using BEETLE components with the engine where the boot should be...? Or is it poular bcz some american bloke of an actor was reckless one night and knackered his 356 on a dark motorway?

Is this motor a popular one because of it's unprecedented driving exuberance using BEETLE components with the engine where the boot should be...? Or is it poular bcz some american bloke of an actor was reckless one night and knackered his 356 on a dark motorway?

Your demonstrated knowledge on this stuff is poor.The american actor had bought several 356s but he in fact traded-in the last one he owned for a 550 spyder in which he found his death. The 550 spyder had virtualy ZERO Beetle parts not only because it had a 1500cc 4-cam Porsche designed engine, but also the body was manufactured either by Weidenhausen, Weinsberg or Wendler and since the engine was located midship, your teory of the engine sitting on the boot goes tits up. Then, he ended up crashing against a Ford during daylight.Meanwhile, try reading more than write and talk and enjoy your neighborhood speed bumps.

Gosh!, how much?, not that I’d buy one, I’m just curious to know what they go for, a good way of keeping classics etc legal in the future?, yeah, I think so.