BACK TO ALL NEWS
Currently reading: How Lotus CEO Phil Popham is shaping the firm's future
UP NEXT
New McLaren 765LT Spider tops Super Series range

How Lotus CEO Phil Popham is shaping the firm's future

Lotus displayed unexpected resilience during the pandemic, and we've got the inside line on the company's next chapter
Share
Open gallery
Close
Share story

For all but four of its 72 innovative and sporadically successful years, progress at Lotus has looked fragile. Even during its greatest racing days, those who knew the company behind the headlines were aware that it was often only a step or two from financial disaster, as if founder Colin Chapman needed a view of the financial abyss as a form of motivation.

Since 2016, life has been quite different. In that year, Lotus was acquired by the Chinese Geely group, the successful and much-praised owner of Volvo and the London Taxi Company (now LEVC). Geely founder and chairman Li Shufu promptly signalled that £1.5 billion would be invested in the Hethel company over the long term to fund an ambitious development plan to replace the current range of UK-built sports cars in the UK and to create a brand new range of sporty SUVs in Asia.

Late in 2018, Geely hired the high-achieving former Land Rover and Sunseeker boss Phil Popham to lead Lotus’s charge as CEO, building on improvements to sales and manufacturing efficiency begun by his mercurial ex-PSA Group predecessor, Jean-Marc Gales. One early, pleasant task for Popham came with the unveiling in July last year of the new Lotus Evija, a £1.7 million all-electric hypercar designed to grab worldwide attention for a brand that, in the new CEO’s words, has “high global awareness but low familiarity”.

As a means of demonstrating the potential of modern Lotus, the Evija could hardly have been more effective, especially since other aspects of Lotus’s business were starting to go well. A backlog of overstocked cars had been cleared, sales were rising, dealer numbers were being carefully increased, quality was on the up and a skeletal, half-finished factory at Hethel – a monument to previous failures – was on the road to completion. 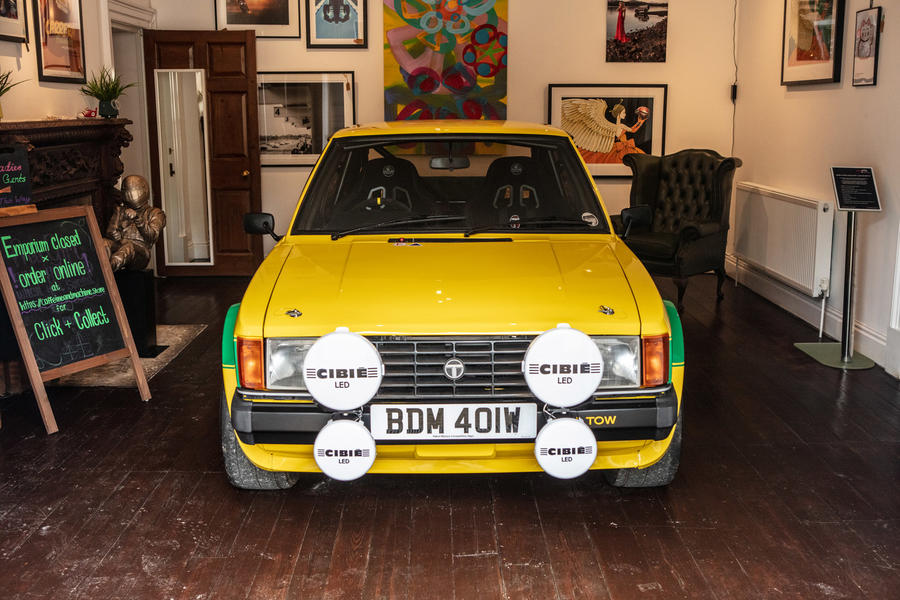 Even so, when Covid-19 arrived early this year to knock Europe’s motor industry sideways, media pundits familiar with Lotus’s fragility expected some of the earliest bad news to come from Hethel. Only this time it didn’t. For once, others seemed to be doing worse. Lotus went into a well-organised survival mode, but its secure backing meant it could keep its eye on the long-term plan.

Then, a couple of weeks ago, Lotus became the first important automotive player in the UK to stage an event intended to signal a return to normal(ish) life, choosing the Warwickshire driving enthusiasts’ haunt Caffeine & Machine, just off the Fosse Way, as a venue and bringing along a selection of its latest and best Elise, Exige and Evora models. Selected hacks drove the cars and enjoyed them but, on this occasion, it seemed more important for Autocar to hear the latest from Popham, notably about progress with Vision 80, the 10-year plan he drafted soon after his arrival that sets goals for where the company aims to be on its 80th birthday in 2028.

“At present, we’re running two businesses,” Popham explains. “There’s the long-term project that will transform us into a much bigger business at the end of the decade and there’s our current business. Vision 80 at present is about product development, finding the right people and setting up infrastructure for the long term – and because that’s currently funded from shareholder investment, it hasn’t been greatly affected by the Covid crisis. Staff have been working remotely and many will continue to do so.

“Our sports car business today is small in automotive terms but, until the crisis, it was growing steadily, helped by what we’ve done with the Evija. We’ve been getting more to front of mind with the media and potential customers. We’ve lately added new partners in 10 to 15 areas where we hadn’t represented, and we believe they’ll be around for the long term. And now we’re back to making sports cars again.”

Popham estimates that Lotus has lost 10 weeks’ sports car business – so 10 weeks’ revenue – but still reckons the firm can match last year’s sports car volume of around 1500 against an original sales goal that was supposed to get much closer to the 2021 target of 2000 units. More importantly than the bald numbers, Lotus will keep pushing to make all sales profitable for dealers so that they will be encouraged to invest in the people and premises needed in future, with everything leading to the all-important unveiling of what Lotus people will only call “the new car” at the end of next year, with customer deliveries in 2022. 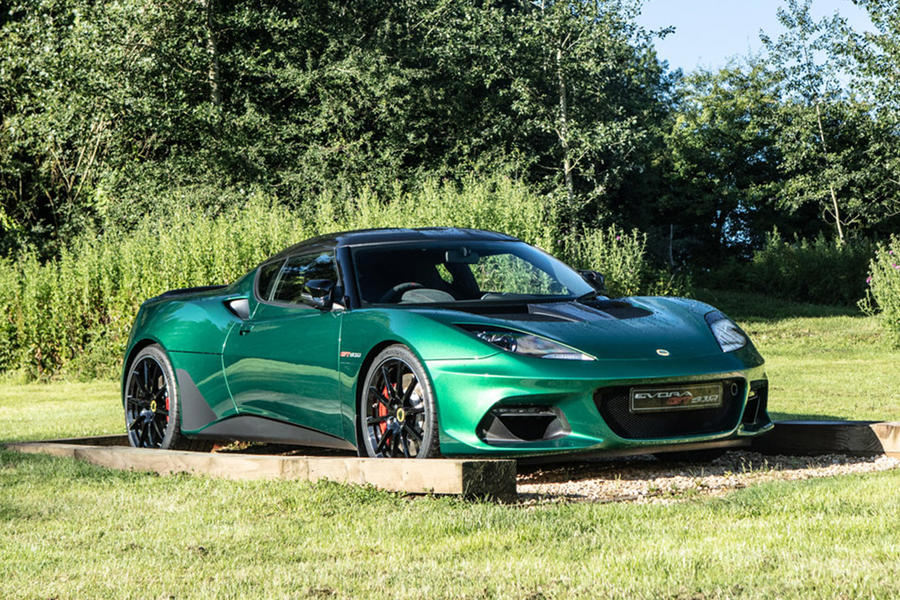 The new core Lotus model is likely to come in both coupé and drophead forms and to use a bonded chassis of extruded aluminium sections, like today’s Evora (although designed for greater rigidity and better entry and exit, with the latter correctly identified as a buyer priority). Popham is determined to attract a new breed of customers who choose their Lotus for daily use – as Porsche buyers do – while retaining Lotus’s 1500 to 2000 annual sales to pure enthusiasts. No names have yet been mentioned for the new model, but both Esprit and Elan (but perhaps not Europa) would seem to be good candidates.

Popham says there will be versions of Lotus’s new car that can fit all of the company’s existing price ranges, depending on specification, starting at today’s £55,000 and reaching £110,000 for the best-equipped and fastest. Existing models will be phased out in the medium term but will overlap “for a while” as Lotus monitors and shapes demand for the new car. It’s not yet clear whether a four-cylinder version will be offered, but Lotus looks certain to use the Toyota-sourced, Hethel-supercharged 3.5-litre V6, presently good for up to 430bhp, from current models. Popham says Geely’s willingness to allow Lotus to use rival group engines is “surprising” but very welcome.

“The new car will be our last purely ICE-powered car,” says Popham, adding fuel to so-far-unconfirmed suggestions that sports cars beyond the new model will get another new-design aluminium platform. “All of our future cars will be specifically designed and engineered for electric offerings,” he adds. “It’s the future.” 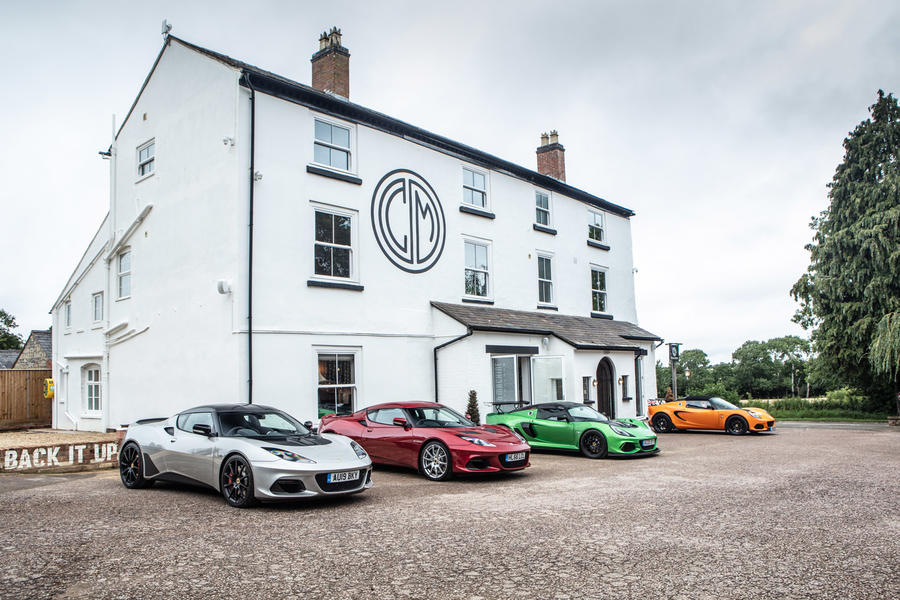 Meanwhile, Popham & Co have at last found an elegant solution to a decades-old Lotus problem: how to run an engineering consultancy specialising in cutting-edge technology – and thus dealing in other people’s secrets – when you have your own car-making business on the same site.

The new solution is to move Lotus Engineering to a brand new advanced technology centre on Warwick University’s Wellesbourne Campus in partnership with WMG, the former Warwick Manufacturing Group, which is already well known as an international leader in collaboration between academic research, teaching, training and industry. Popham says 130 engineers will move to a region that he describes as “a rich pool of automotive talent”, but there will be jobs for many more as the division builds its portfolio of external projects. Rapid growth is expected.

“Our engineering and R&D strategy is lock-in-step with the government’s vision and broader ambitions for a low-carbon future,” says Popham. Having always been a hotbed of advanced thinking but now with the security it deserved, the future at last looks bright for Lotus Engineering, too.

When we call him Lotus’s most powerful link with the past, we have to hope that Gavan Kershaw doesn’t take offence. But it’s true anyway. Kershaw, Lotus’s director of attributes and product integrity, has the responsibility of ensuring that every new Lotus drives, feels and sounds like the kind of car that Lotus lovers expect. And those expectations have a direct lineage straight back to the special qualities Colin Chapman and his henchmen built into the Elans, Elites and Esprits of the 1960s, when Lotus single-seaters were also winning grands prix. 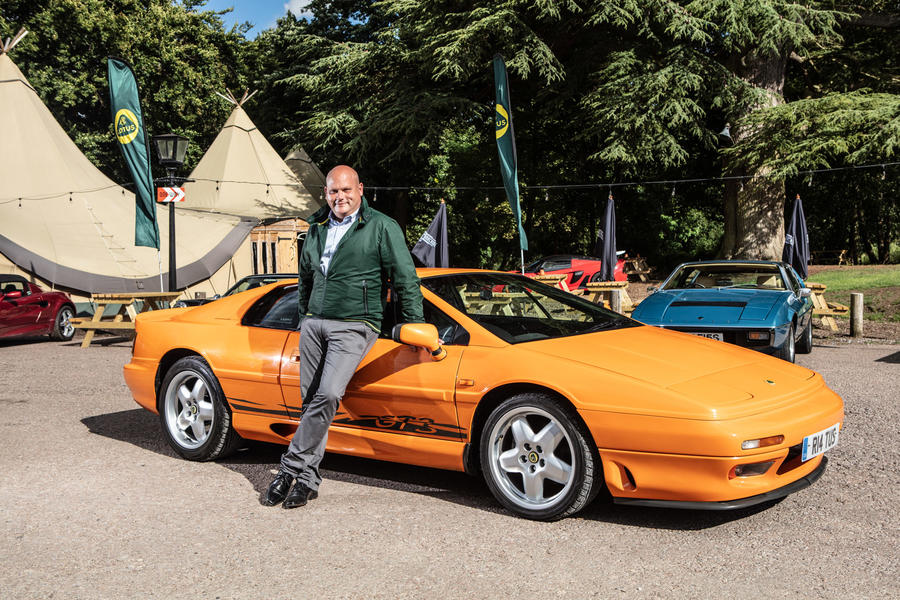 Kershaw joined Lotus directly from school in 1988 as an apprentice, arriving on the same day as another high-achieving contemporary, Matt Becker, who is now at Aston Martin. “We met in the gatehouse on the first day, and we’ve been pretty good friends ever since,” Kershaw says.

Kershaw was lucky in three ways. He had a motorsport background, because his father raced stock cars, his driving talent shone through from an early age and he moved into the orbit of the late John Miles, ex-F1 driver and brilliant chassis engineer. Through Miles, he still feels a link going back to Colin Chapman. Miles enjoyed working with his protégé so much he sometimes accompanied him to Yarmouth or Ipswich speedways to give hints on how to make the cars go faster.

Nowadays, Kershaw’s job is to drive every car and “see what needs changing” if it’s going to feel like a real Lotus. “I spend a great deal of time in the cars,” he says. “The job is always to try to make things better, but the driver has to be the centre of everything — the hands, the ears, the fingers, the seat of the pants. That’s what makes a Lotus a Lotus, and it ain’t gonna change.”

The Evijar may well prove to

The Evijar may well prove to be a folly like the AMG One. Note how both Porsche and Ferrari have been in no hurry to replace the LaFerrari or 918. All I can say to Lotus is good luck - you're gonna need it.

Accuse Bahar of many things,

Accuse Bahar of many things, but not so much of motoring vaporware in one interview. The only consolation is Geely's backing, but still no leadership.

Surely ultimantely if the US & UK & the Europeans to a lesser extend put a ban on certain Chineese companies like Huawei then they might react & stop investing in foreign companies & take all the work back to China. Many Volvo's are made in China for export, they could do the same with London Taxi's & Lotuses too!