BACK TO ALL NEWS
Currently reading: New Lotus Esprit supercar to hit roads in 2020
UP NEXT
Tesla to expand select UK Superchargers to other electric vehicles

Lotus boss Jean-Marc Gales has revealed that two new sports cars are in the pipeline as investment begins to materialise from the company’s new owner, Chinese automotive giant Geely.

The two cars will include a new star model, due in 2020, that will sit above the Evora — essentially placing it as a modern-day version of the Esprit. It follows recent news that Lotus is currently finalising the design of its first crossover, which is expected to make use of Geely-owned Volvo’s SPA architecture.

The Norfolk-based company currently employs two platform families: one underpins the flagship Evora, which is available as a 2+2 and a 2+0, and the other sits beneath the Elise, Exige and hardcore 3-Eleven two-seaters. Both use an extruded, bonded and riveted aluminium chassis with either aluminium or composite front and steel rear subframes. The new star model will make use of the same chassis formula.

Following a programme of weight reduction during Gales’s four years at the helm, the lightest Evora – the GT430 Sport – has shed almost 150kg compared with the original supercharged Evora S, while power has risen from 276bhp for the early naturally aspirated car to a peak of 430bhp in today’s GT430 models. The non-Sport GT430 also generates up to 250kg of downforce.

Lotus could switch to Volvo powertrains 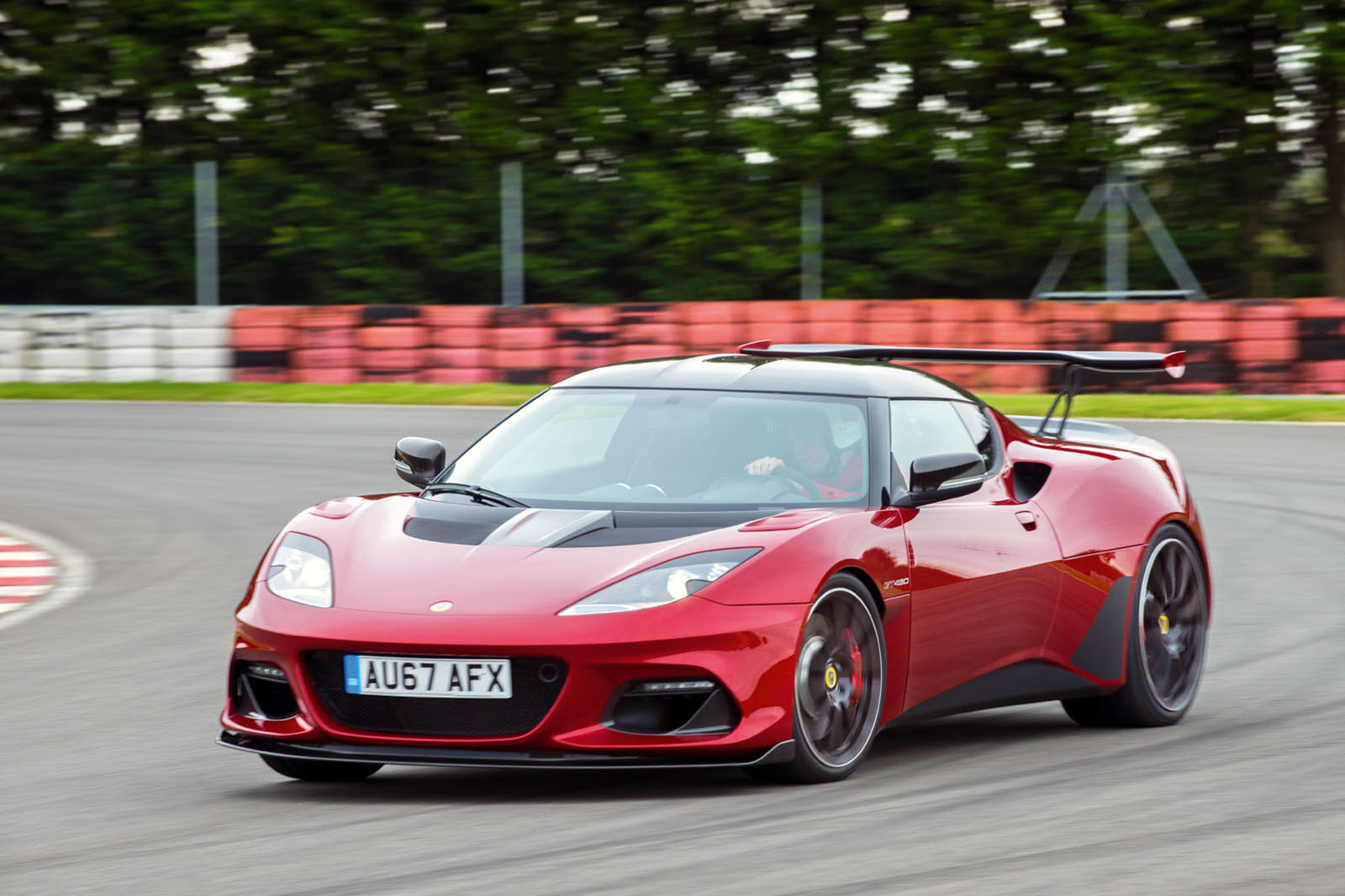 But Gales has said the new model will be a significant development, sitting “in an upper segment, above the Evora”, and it will “take the Evora a step further” and will be lighter. He reiterated his commitment to Lotus’s key tenets of “lightweight, aerodynamic and handling” and insisted the new car will satisfy all three. The GT430 already features carbonfibre front and rear bumpers, front access panel, roof panel, tailgate and rear wing. A more focused model could replace more of the remaining GRP bodywork with further carbonfibre or lightweight composites.

The Evora GT430 is more a competitor to the Porsche 911 GT3 than to the GT3 RS, but a completely new model could go a step further. Gales would not be drawn on power outputs or with which cars the new Lotus is likely to compete, but he said he wants the new car to achieve class-leading status via “efficiency, aerodynamics, agility and braking working together in balance”.

Although he predicted that Lotus will begin to embrace powertrains from other divisions within Geely, Gales said Lotus cars will continue to employ Toyota engines in the immediate future. The current line-up consists of 1.6- and 1.8-litre four-pots in the Elise and a 3.5-litre V6 in other models, all of which are of alloy construction and supercharged, ranging in power from 217bhp to 430bhp. 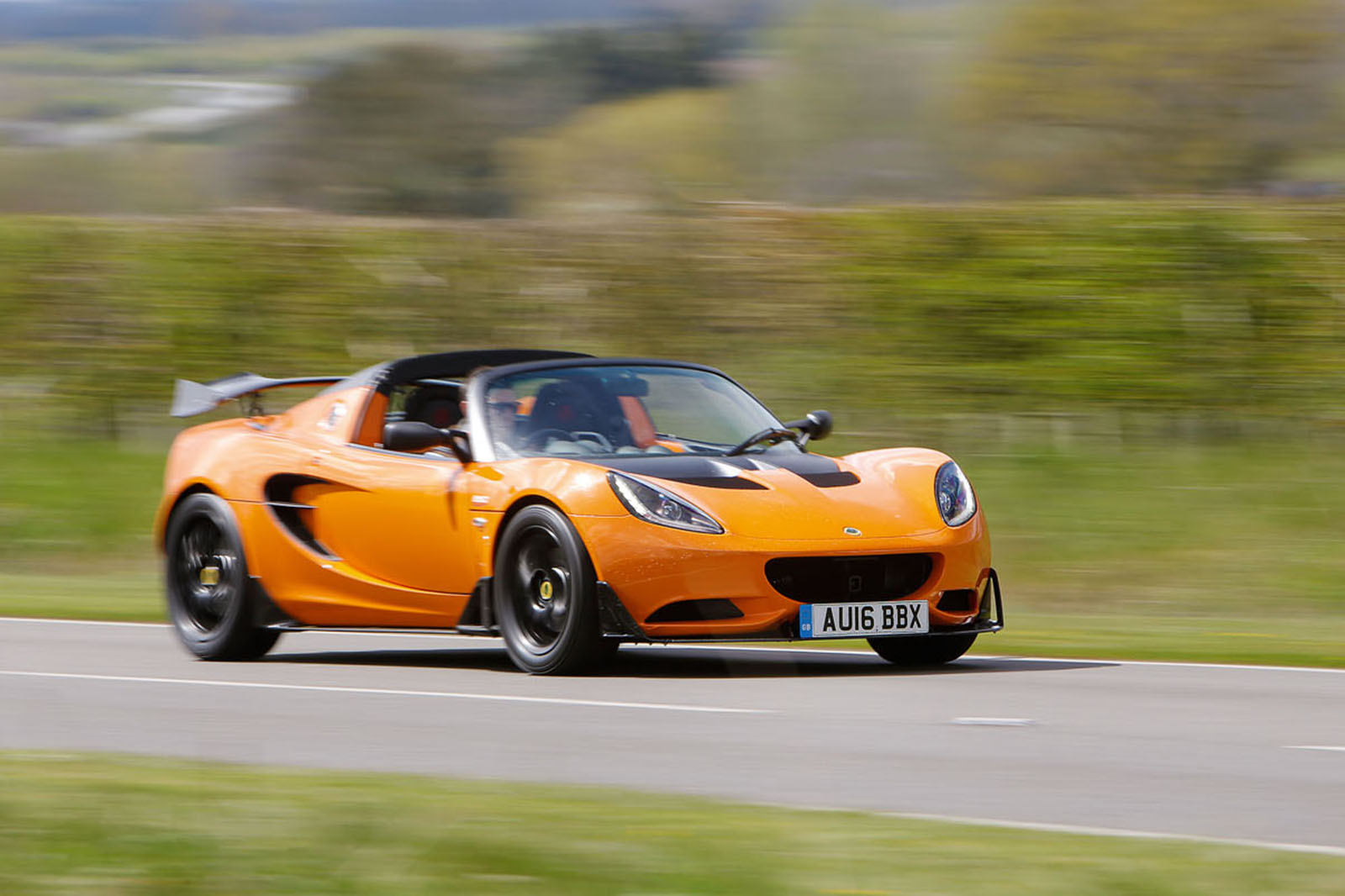 Fewer details are available on the second new sports car, but it is likely to be a two-seater. Whether it will directly succeed the Elise or evolve that model’s format is unclear, but Gales acknowledged that “the market is now moving a bit more upmarket”. The significant cost of developing a new model would be offset by pitching it at a higher price point than the current Elise, which starts at £32,300.

Should this upward progression materialise, such a model could bridge the power gap between the most potent Elise, the 250bhp Cup 260, and the entry-level Exige, the 345bhp Sport 350.

Lotus’s modernisation under its new owner could also include the use of Geely-sourced ancillaries. Gales cited a modern electrical architecture and TFT instrument panels as examples of the synergies that could be achieved via Geely.

It would be good. If Lotus

It would be good. If Lotus Espirt came back. Good For James Bond or The Saint

I really hope the yellow car in the picture is just another of Autocar’s guesses as to what the car will look like.  It is truly hideous.  If you turn it upside down you will find the word “Matchbox” printed on it.

Lotus should bring Dany Bahar back as soon as possible.  He produced some great designs for future Lotuses.  The Elan was a bit pointless as it looked the same as the Esprit, but the Esprit looked fantastic.  So much better than this yellow thing that looks like it has escaped from Tron.

wasn't there a "new esprit" a few years ago which was almost finished, but got shelved? could it be that, dusted off, revived and revised? i still think the evora should have been called esprit - it was basically the same weight and speed - and the car which is a step up should be etna, as was the original plan years ago