BACK TO ALL OPINION BLOGS
Currently reading: Motorsport is on the brink of extinction - will it fall?
UP NEXT
Opinion: Why the Gordon Murray T50 could be a daily driver

Motorsport is on the brink of extinction - will it fall?

Automotive racing is at a crosswords, and while it's responding to a changing world, this may not be enough
Share
Open gallery
Close
Share story

Motorsport so often appears insulated from the real world, but it is not immune to its challenges. Especially now. On the surface, the 2019 season was business as usual, as racers around the globe instinctively kept their foot in, offering a welcome distraction from the stuff that really matters. But as in every corner of society, climate change cast its lengthening shadow. The car giants and corporate sponsors are already roused to the threat and are responding. The question is, will the public still be watching?

Motorsport can and will have a future in this changing world (probably), but much like the wider automotive business, what shape it will take is not yet clear. There’s a sense that these might be the final years of motorsport as we’ve known it. Change is unsettling, sometimes unwelcome – but, in this case, entirely necessary if extinction is to be avoided.

The world’s best racing driver is certainly not afraid of change. Back in 2012, Hamilton was alert to the way the wind was blowing and made the most important decision of his career when he left a declining McLaren for the potent might of Mercedes. Five drivers’ world championships later, to add to the one he’d clinched with McLaren, we’d suggest he made the right call.

But will he do so again? Hamilton is 35 in January and, after another 11 grand prix victories in 2019 that take his career tally to 84, has Michael Schumacher’s record of seven titles and 91 wins within his reach. But even with the world at his feet, the lure of Ferrari appears to be working its old scarlet magic. 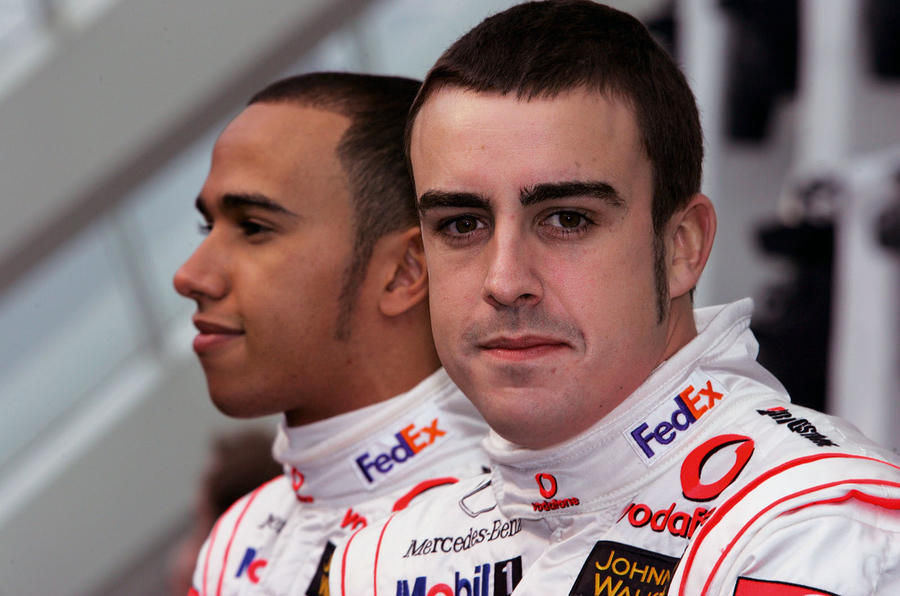 At the Abu Dhabi finale, the story threw up a desert storm. The Italian media reported two meetings this year between the driver and Ferrari chairman John Elkann, and neither team principal Mattia Binotto nor Hamilton himself moved to quench the flickering flame.

On the face of it, why would he switch for 2021 when his current contract expires? Metronomic Mercedes-AMG F1 is the greatest force we’ve seen in motorsport – ever – and although its F1 future beyond next year is not guaranteed, Daimler seems highly unlikely to end a programme that is proving so fruitful.

In contrast, Ferrari’s racing operation has been shambolic for too long. Binotto has much to address, far beyond the driver headache of a fading Sebastian Vettel versus a flourishing Charles Leclerc. Does Hamilton really need the aggro Ferrari would bring at this stage of his life?

But here’s the thing: it’s Ferrari, and even in this fast-changing world, it still means something – perhaps everything. John Surtees, Niki Lauda, Alain Prost, Schumacher, Fernando Alonso, Vettel and allegedly Ayrton Senna, had he lived: none of them could resist. Can Hamilton?

Max Verstappen is another who might consider embracing change. The Dutchman still lacked maturity in his fifth F1 season, but the signs are he’s ready to win a world championship. But are Red Bull and Honda? That’s what he’ll surely be asking as his current contract draws to a close next year.

Charles Leclerc, only one year into his ‘dream’ life at Ferrari, might also need to do the same. Lewis Hamilton’s example shows that making the big calls at the right time defines careers. Given Hamilton’s apparent temptation, it seems unthinkable that Leclerc could turn. But like Verstappen and unlike the champ, it’s all before him rather than behind him. Will Leclerc keep faith in Ferrari or might he court Mercedes – the only team with title credentials right now? 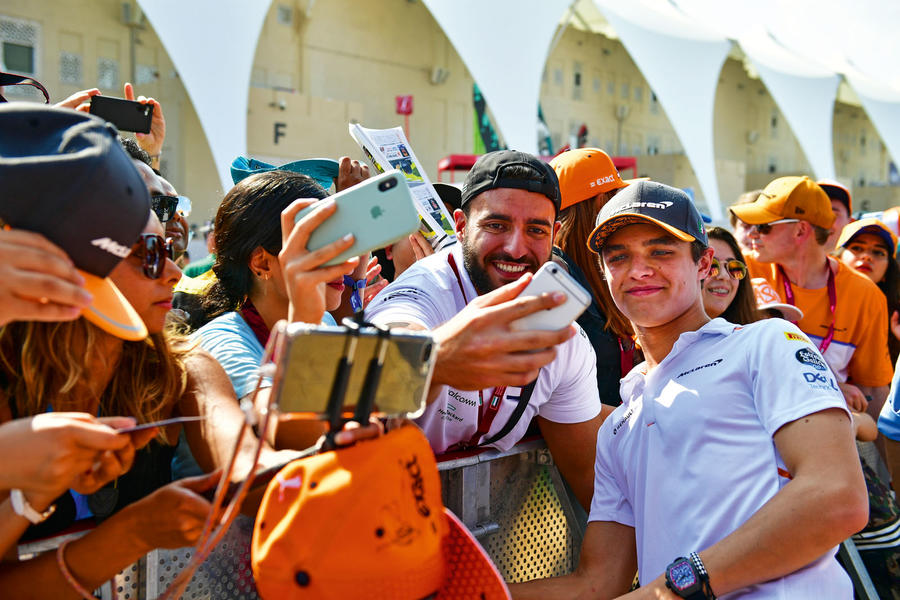 Then there’s Lando Norris, who had a wonderfully composed rookie season at McLaren. The team has him under wraps for now, but will he ever win a world championship with a mere ‘customer’? Fourth was a decent return for this once-great F1 company, but how much further can it rise without full manufacturer support?

In sports cars, Fernando Alonso added a third world title to the pair he won in F1 back in 2005-06. He, Sébastien Buemi and Kazuki Nakajima also added a second Le Mans 24 Hours to their tally (albeit luckily and at the expense of Toyota team-mates Mike Conway, Kamui Kobayashi and José María López, who had them licked for pace). But this was far from a vintage year for the greatest race of them all. 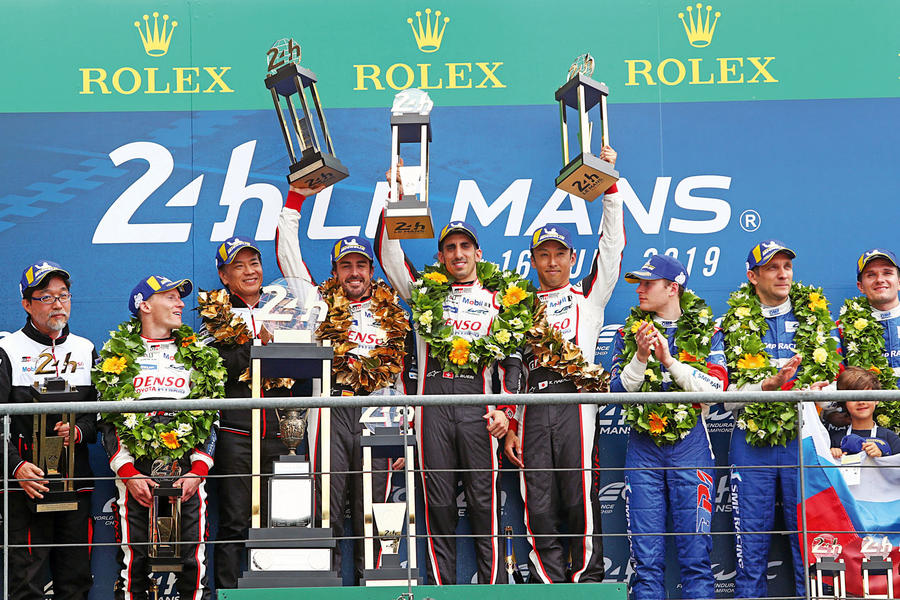 The new hypercar rules will take their bow when the 2020/21 World Endurance Championship kicks off next summer. Until then, sports car racing is treading water, with only Toyota in the hybrid LMP1 category. Fixing performance to allow privateers to win, as Rebellion did in China this autumn, doesn’t wash. But by creating new rules that make sense to car manufacturers, both technically and financially, Le Mans is ensuring it remains relevant for at least the next decade.

At least as significantly, the French rule makers are promoting hydrogen fuel cell technology, too. Racers have to stay at least one step ahead of the game in this changing world, and here’s a neon sign that they know it.

But the best example of motorsport taking steps to secure its future is Formula E. The all-electric single-seater series is already in its sixth season, long before most of us have made the switch to electric road cars, and that foresight means it boasts full-blown factory teams from the German ‘big four’ – Mercedes, Porsche, BMW and Audi – plus DS, Jaguar and Nissan. It’s surely the envy of F1, WEC and the World Rally Championship, which has just lost Citroën. Meanwhile, desperate post-Dieselgate Volkswagen is trying to win back lost PR yards by abandoning fossil-fuel motorsport completely. How long before others follow? 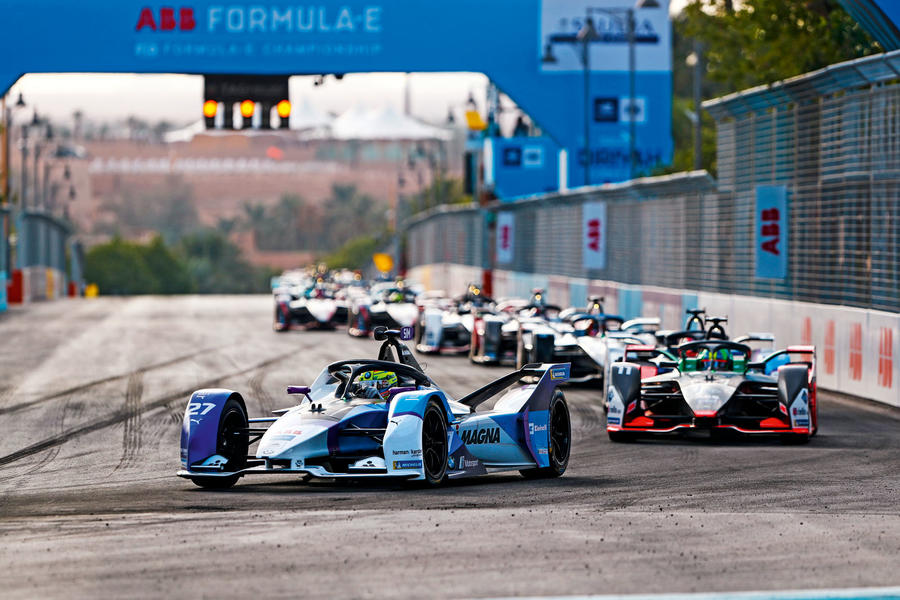 But for all its allure for big-brand car makers and sponsors, Formula E is not yet loved by the public. Traditional racing fans and car lovers still find it a turn-off – and that’s a worry if this is the future.

Then again, these are pioneering days and, as a species, we don’t respond well to change – even if we do tend to evolve eventually. For the sake of modern motorsport, we’d better. The car makers are banking on it.

Opinion: Why hillclimbing is the underrated hero of motorsport

Build it and they will come.

If you build a "green" racing series people will come and watch.   Formula-E is doing that, which is why it's now in its sixth year.   No accident.   Racing will evolve and continue becaues we as people always try and beat each other.

But you also have to look at what is killing motorsport?   WRC for all practical purposes disappeared off the radar.   Why?   Because it hid behind a pay-wall.   People couldn't watch, sponsors didn't get value for money.   Sales of STis and Evos both suffered as a result.

F1 is facing this same problem, and worse.   McLaren are turning to disgusting cancer causing product blood money again.   Zak Brown, the marketing man, can't find clean sponsors.   They're going to tarnish the whole of F1 again, and further sponsors in other teams will leave because they won't want to be associated with a dirty sport.

As for the drivers, Max is quickly turning in to Alonso.   Fast driver, but too toxic for any team to consider.   Lewis walking in to the Ferrari garage makes Mercedes nervious and offers more cash for his services.   He's moved the anchor point for his negotiations.   And they have Leclerc who looks to be quick too.

LeMan's victory for Alonso was fairly hollow.   It was always going to be a Toyota.   A great event but often far too much disparity between teams for it to be a "race".

Formula -E is F1 light, it's even more restricted and the race's are often more boring, the current season of F1 was, at least this season, a bit watchable, there is potential for even better in the next two years.

I accept that motor racing

I accept that motor racing has to move with the times, but Formula E might as well be Scalextric without the slots.  As for Formula One, the level of excitement is not in the least competitive with the Goodwood Revival, not to mention 7 years with all podiums featuring only 3 teams!  It's a grim future and I don't see an easy solution.  Here's a nightmare: Formula Tesla, no drivers, autonomous racing cars, software engineers on the podium.

When Schumacher went to

When Schumacher went to Ferrari part of the appeal to him was to prove he could  be part of turning an underperforming team around. If I was Hamilton I would be asking if I could do the same....

You could say he already has,

21 December 2019
You could say he already has, as when he joined Mercedes they weren't any better than Ferrari was when Schumacher joined, so Lewis being there has more than likely helped them become the winners they are.

The Sunseeker Rally was great entertainment on a cold wintry day. Sadly much missed.

I would class myself as a 'traditional racing fan' and think Formula E has got almost everthing spot on.  Talented drivers, good racing and highly accessible.  I prefer it to the toxic dullness of F1.

Formula is full of the not quite good enough for F1 drivers....?

Il ost interest when the engines went to the wall

The charisma of the the v8 has gone and replaced by an annoying buzz so I expect with ev it will be a whiz. I think people will lose interest. Some may like the ev, but in times of climate protest you could argue not to have anything as it is all a waste and pollutes in particular  battery production,and electricity generated by coal as in China and Germany.

A sport being killed by

Sport has no relevance, and no other sport pretends otherwise. It is just human betterment.