The Mercedes-AMG F1 W08 has been revealed at Silverstone with EQ Power+ branding, which is a new brand that'll be used on future AMG performance hybrid road models.

Drivers Lewis Hamilton and Valtteri Bottas posed next to their title-defending Formula 1 racer, which looks drastically different from last year’s fastest car due to new regulations.

Like the rest of the grid’s new runners, the F1 W08 is wider, lower and more aggressive-looking than its predecessor, with wider tyres. It features ultra-slim side pods and a larger floor with innovative use of airflow along its outer edges, that feeds into louvres.

The bargeboards lead into three-part slats which direct the air along the side of the car. The mirrors also sit beside new arms, highlighting the complexity of the 2017 car's aerodynamic design. 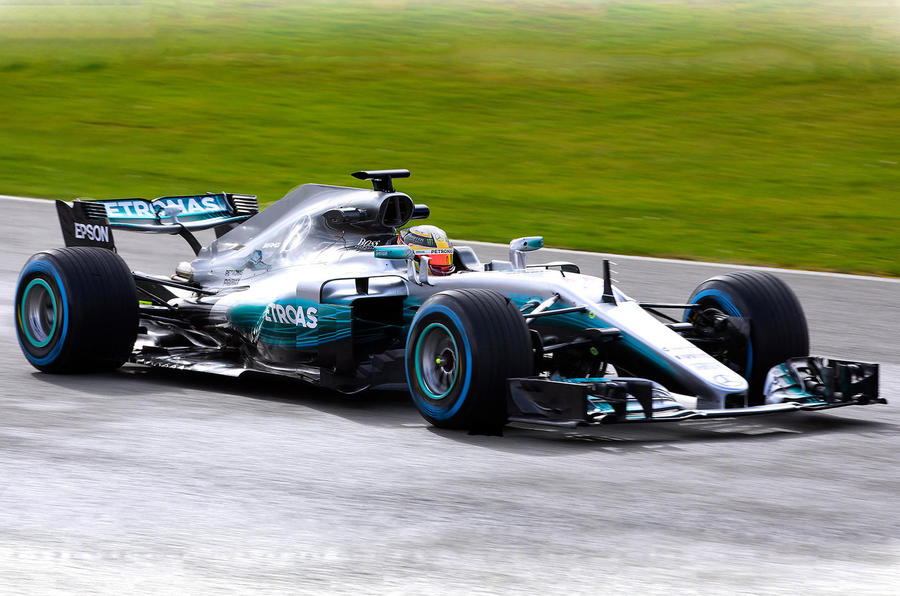 Behind the car's airbox, Mercedes has opted for a slim strip rather than a shark fin as seen on other 2017 cars like the Williams FW40. It has also given the car a clean nose design, as opposed to the protuding thumb shape rivals have employed.

The F1 W08's hybrid powertrain reamins a 1.6-litre turbocharged V6 engine mated to a hybrid electric system, but incremental improvements will undoubtedly have been made compared to the drivetrain of last year's F1 W07. 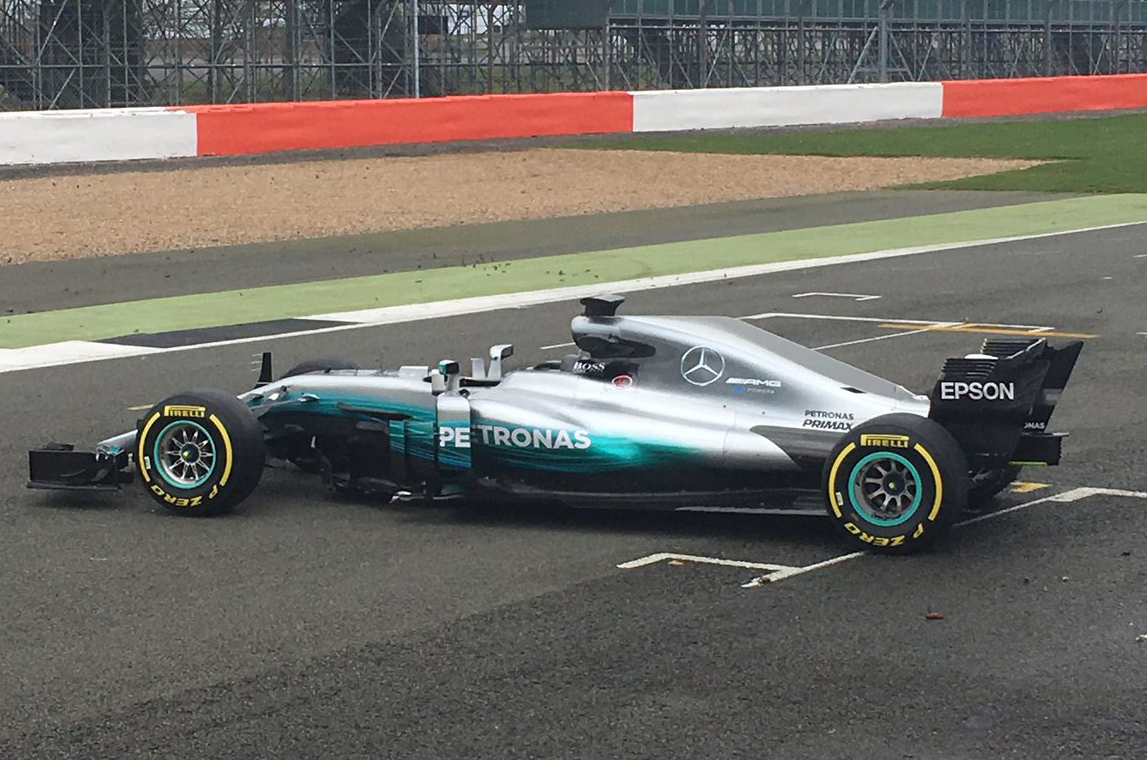 The car is adorned with 'Powered by EQ' stickers below the AMG logo on the side, showing that Mercedes is trying to increase exposure to its newly launched electric road car brand. The Power+ part will be used exclusively on electrified AMG models. 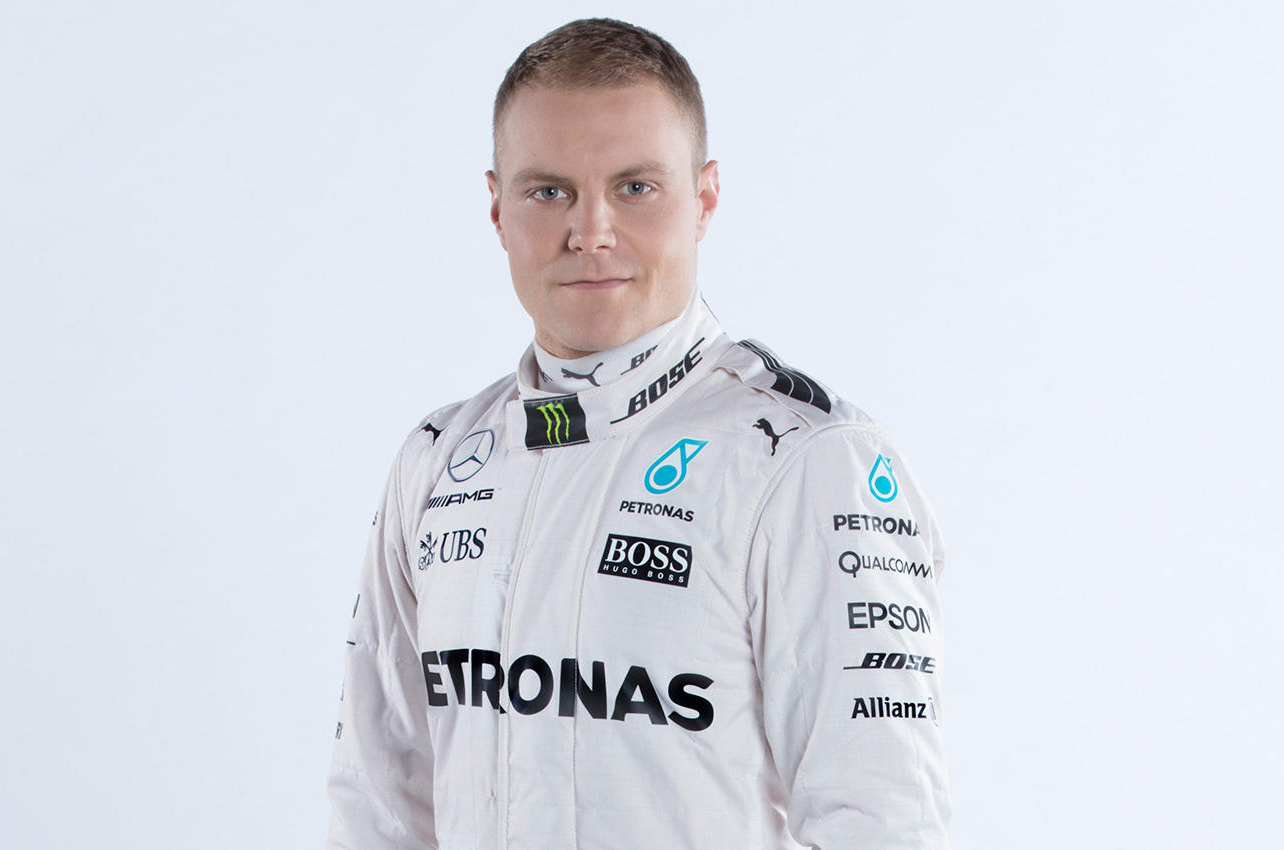 Both drivers have been apprehensive about predicting how the changes to regulations will affect racing. Bottas said earlier this morning: “It’s impossible to say the racing will be better than before, but the cars certainly look and more spectacular."

Hamilton added: "There's not much point setting goals until we've really driven the car, so I'm going to go with the flow until we understand the possibilities.

"From what the engineers are telling me, the racing will be worse because the dirty air will be more powerful and turbulent. That's where the tyre grip will come into it."

I wish F1 would ban all boards and sticking out bits. It would make for much more elegant cars.
Shrub 23 February 2017

Thekrankis wrote:
I wish F1 would ban all boards and sticking out bits. It would make for much more elegant cars.

If they also banned the wings it would make much more exciting racing. Proper drifting through the corners without all of that downforce to rely on. Combine it with steel brake discs and treaded tyres for longer braking distances and and thereby increase the overtaking zones. Would be easy and cheaper but won't happen. I prefer the Formula E these days.
Thekrankis 23 February 2017

I wish F1 would ban all boards and sticking out bits. It would make for much more elegant cars.
Thekrankis 23 February 2017

I wish F1 would ban all boards and sticking out bits. It would make for much more elegant cars.
View all comments (7)