If you don’t like the phrase ‘soft-touch plastic’, look away now, because I’m afraid that’s the most important change to the facelifted Seat Ibiza.

The current iteration of the Spanish supermini became one of our favourites in the class when it was launched four years ago but stopped short of leading it due to overly light steering and some interior fittings that weren’t quite up to snuff.

Seat has given the Seat Ibiza interior a remarkably thorough overhaul, replacing the very matter-of-fact, angular dashboard that looked like it belonged in the (closely related) Volkswagen Volkswagen Polo with a more playful, rounded style. The whole thing is softer to the touch, with a more interesting texture than before. The big, slightly featureless trim panel makes way for a slash of mock aluminium that’s convincing enough.

The interior also gains a new steering wheel, the option of digital gauges and air vents that light up at night. The touchscreen (8.25in on SE trim or 9.2in on all other levels) moves up to the top of the dash, where it’s less visually integrated but more in the driver’s line of sight; and allows your hand to rest on top or on the trim strip below to steady your aim as you jab. It uses the latest iteration of Seat’s infotainment system and always has wireless Apple CarPlay and Android Auto.

On higher trims, the list of active safety kit has been expanded with high-beam assistance, blindspot monitoring and improved adaptive cruise control that can operate in a larger range of speeds and centre the car in its lane.

Mechanically, the changes are limited to some rationalisation of the engine range. Out go the diesel and the slow-selling 1.5-litre turbo petrol, in come revised versions of the 1.0 turbo petrol with either 94bhp or 108bhp. There’s also a 79bhp naturally aspirated entry-level unit.

The most powerful engine comes with either a six-speed manual gearbox or a seven-speed dual-clutch automatic (DSG), while the others come with a five-speed manual. 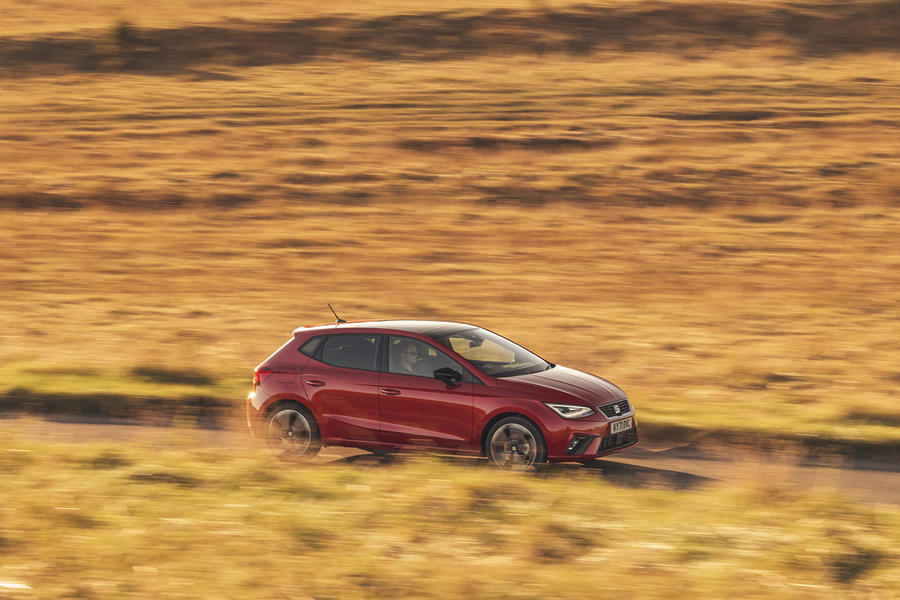 Our wishlist for the facelifted Ibiza was a nicer interior and better steering. On the first count, it’s mission accomplished, because there's a big improvement in perceived quality. The fundamentals remain just as sound, with an adjustable driving position, comfortable seats and sound ergonomics. The Ibiza is also one of the largest cars in its class, which translates to a spacious cabin.

Sadly, the Ibiza’s other failing, overly light steering, remains. That’s disappointing, as the rest of the chassis is very nicely judged, with a pointy front end, plenty of grip and a playful balance yet more than acceptable ride comfort, even on 18in wheels. That said, those do noisily thump through potholes, so it’s better to stick with 17ins. If only there were a Cupra version.

Seat had manual versions of both 1.0 TSI engines for us to try, and despite missing out on a sixth gear and giving up a little in outright speed to the more powerful unit, the 94bhp version is the pick of the range, thanks to better responsiveness and willingness to rev. The five-speed manual also feels marginally more positive. The 108bhp engine does perk up a little when paired with the smooth-shifting seven-speed DSG in the closely related Seat Arona. 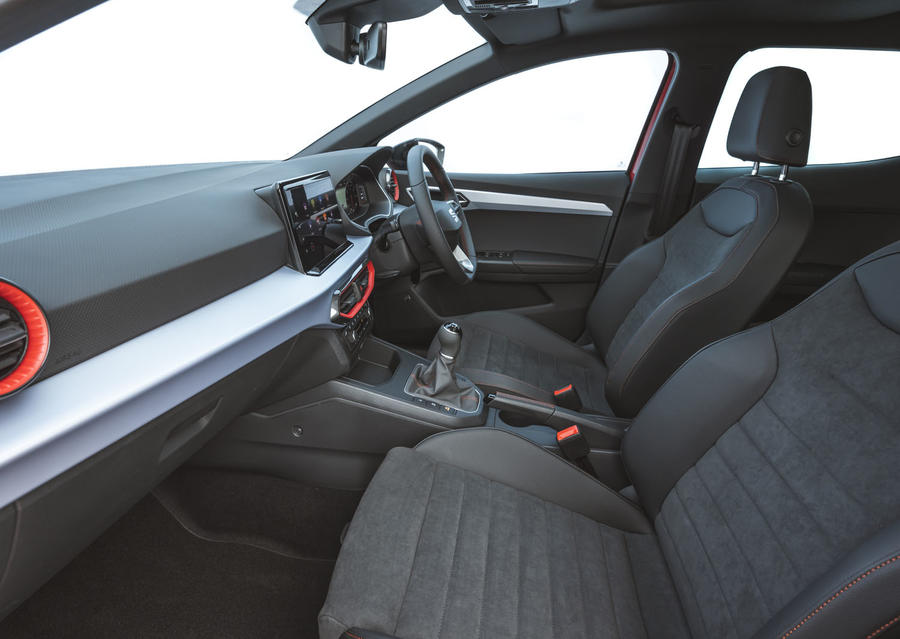 The Ibiza still undercuts most of its rivals on price, is spacious and is thoroughly decent to drive (if no more than before), plus it’s now a far nicer place to be and offers up-to-date tech that, by and large, works well.

The Ford Fiesta is more engaging still to drive and the Polo more grown-up, but the Ibiza remains a great choice. 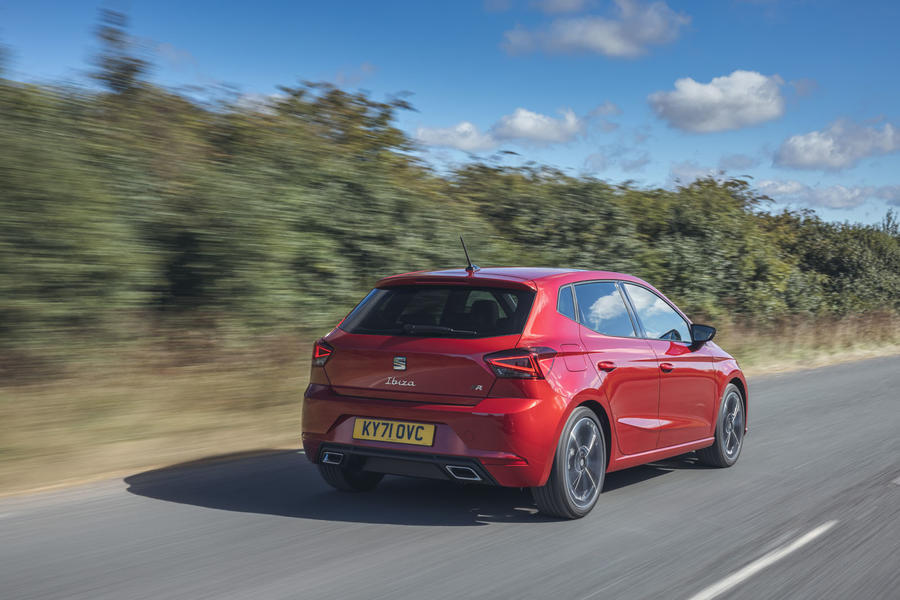 That'll be due to the problems with it and gearbox making it impossible to buy one for many months.

@567 I think that is because of the new WLTP ratings