From £14,0009
The Seat Ibiza has wowed in other iterations, but how will the entry-level 1.0-litre MPI version stack up in the UK? We've been to north Wales to find out
Open gallery
Close

The Ibiza first went on sale in the UK in 1985 and this, the latest generation, is the best yet. This is the first Volkswagen Group car based on the MQB A0 platform, which means it should promise much in the way of handling, ride and comfort. There are four five-door-only models on offer: S, SE, FR and a new premium Xcellence. Initially there are three, three-cylinder petrol engines: 74bhp 1.0 MPI, 93PS 1.0 TSI and 113bhp 1.0 TSI. A 148bhp, 1.5 TSI Evo will come later in 2017, but don’t get too excited - Seat says there are no plans for a Cupra. There’s a choice of five-speed manual transmission on 74bhp and 93bhp versions, and six-speed on the 113bhp and forthcoming 148bhp Evo versions. A DSG auto is available on the 113bhp FR. There will also be 83bhp and 93bhp 1.6 TDI diesels available later. 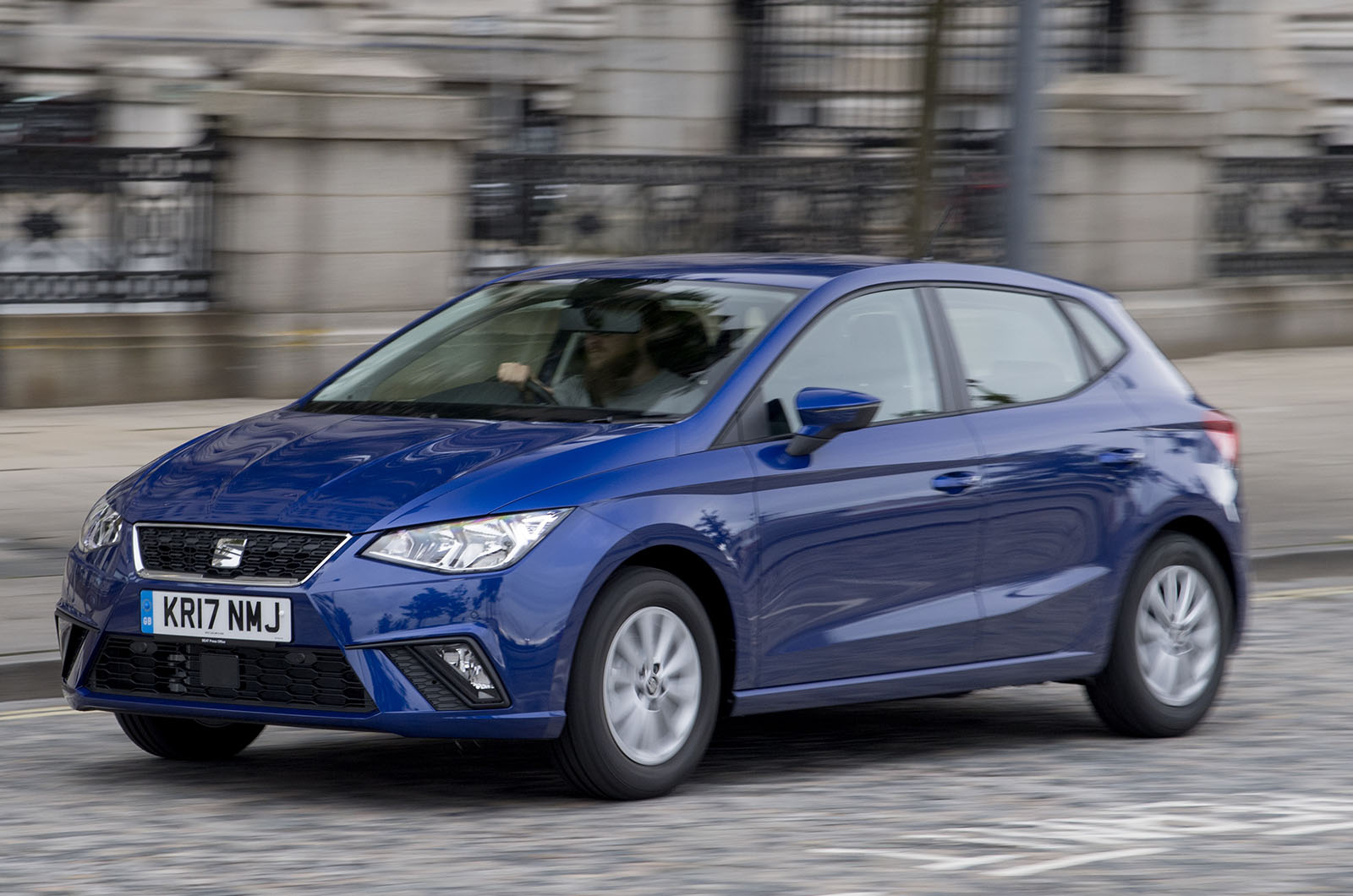 The naturally aspirated 74bhp, 1.0 MPI engine is available in S, SE and Xcellence trim levels and, although the combined fuel consumption is slightly worse than the 93bhp TSI turbo engine at 57.6mpg compared with 60.1mpg, choosing the least powerful engine drops the insurance group from to 5E from 11E for the S and SE and from 12E to 6E on the Xcellence.

Wheel sizes range from 15-inch on the S and SE to 16-inch on the Xcellence and a striking 17-inch design for the FR. Inside, S models comes with basic black-and-white 5.0-inch touchscreens but the SE upgrades to colour. FR and Xcellence models get 8.0-inch colour touchscreens including voice recognition and sat-nav as standard as well as apps such as Apple CarPlay and Android Auto. The same set-up is an option on the SE.

Beauty may be in the eye of the beholder but it is probably safe to say the new Ibiza is a pretty little car with great proportions and striking looks from almost any angle. Inside, it is the same story with quadrilateral shapes carried across features such as door handles, air vents and door mirrors to create a slick, harmonious feel throughout the cabin.

The dash is clean and classy despite the use of inexpensive-looking surface materials and touchscreens are smoothly integrated at its centre. Instruments are crisp and expensive-looking, giving a premium feel to the cabin. It’s generally a fun place to be and spacious too, with plenty of room for six-footers to sit one behind the other and a usefully shaped 355-litre boot, which is 63 litres bigger than that of the outgoing model. 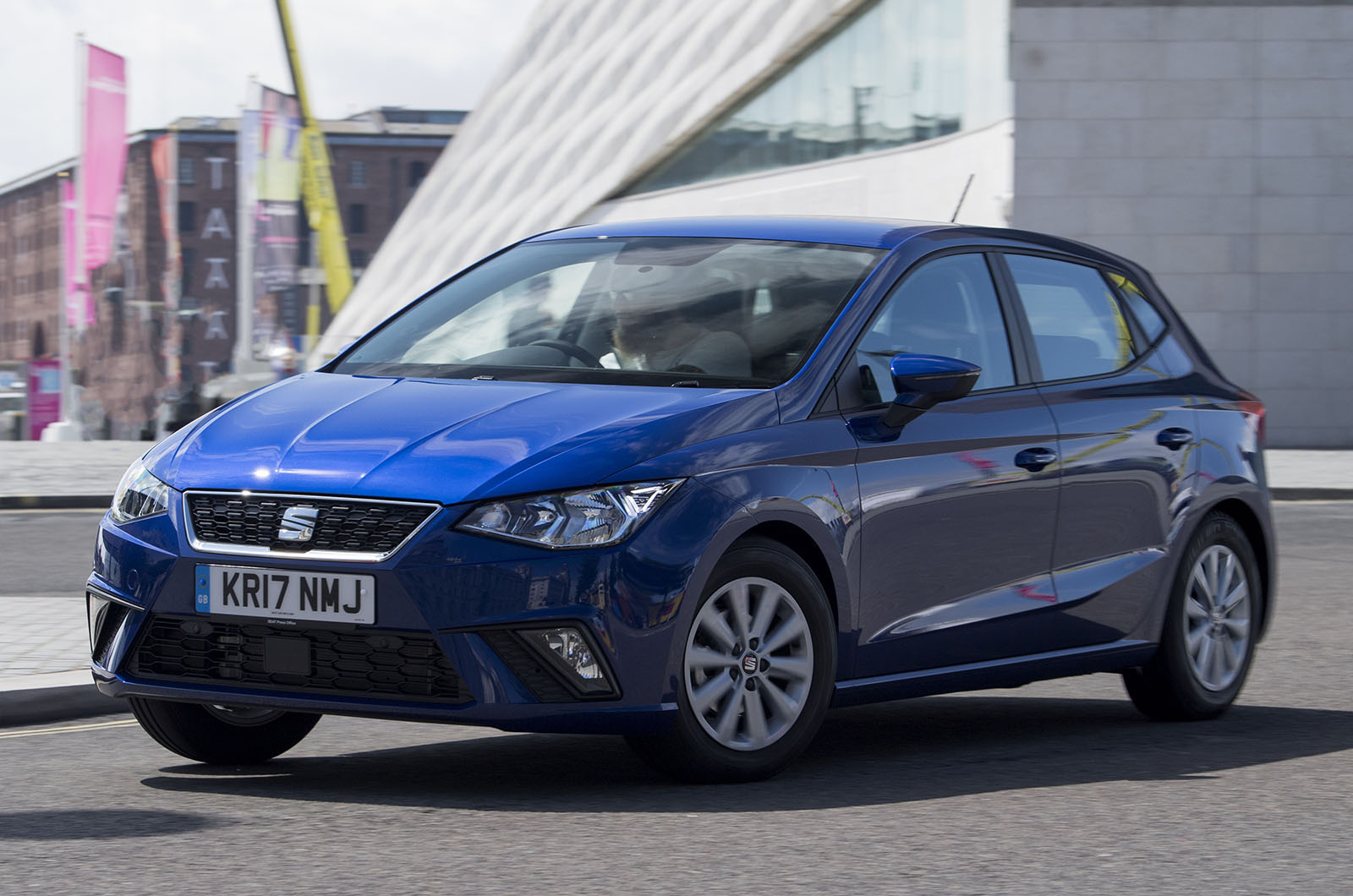 The naturally aspirated 74bhp, 1.0 MPI engine tested here in SE spec is predictably sluggish in a car weighing a tad over a tonne. Accelerating requires patience and overtaking manoeuvres a deal of strategic planning but, once it is up to speed, it will cruise at 70mph without any fuss.

The gearbox is pleasingly light-shifting and the brakes are not over-sensitive with a good feel. The steering is less responsive and feels slightly less agile than the benchmark Fiesta in that crucial moment the wheel is moved away from the straight-ahead and, in that sense, it doesn’t convey the same sense of excitement. Because of that, the Ibiza may be missing a trick in that sometimes subliminal connection a car makes with a driver, but it doesn’t detract from the fact that it is supremely poised with a good ride, decent body control and no vices.

Seat has put a lot of effort into the new Ibiza and it shows. It’s a properly grown-up supermini with enormous appeal, a good range of safety equipment and an attractive options list including a Beats sound system. Unless you are shooting for the lowest price or insurance group, the 93bhp engine is probably a better choice at £14,595 in SE trim; the torque and flexibility of the turbo adds far more to the performance than a 19bhp difference in power suggests. Make that choice and you’ll buy into a five-star package that has no real faults and a lot to like. Prices range from £13,130 for the Ibiza S 74bhp 1.0 MPI to £17,310 for the 93bhp 1.0 TSI Xcellence. 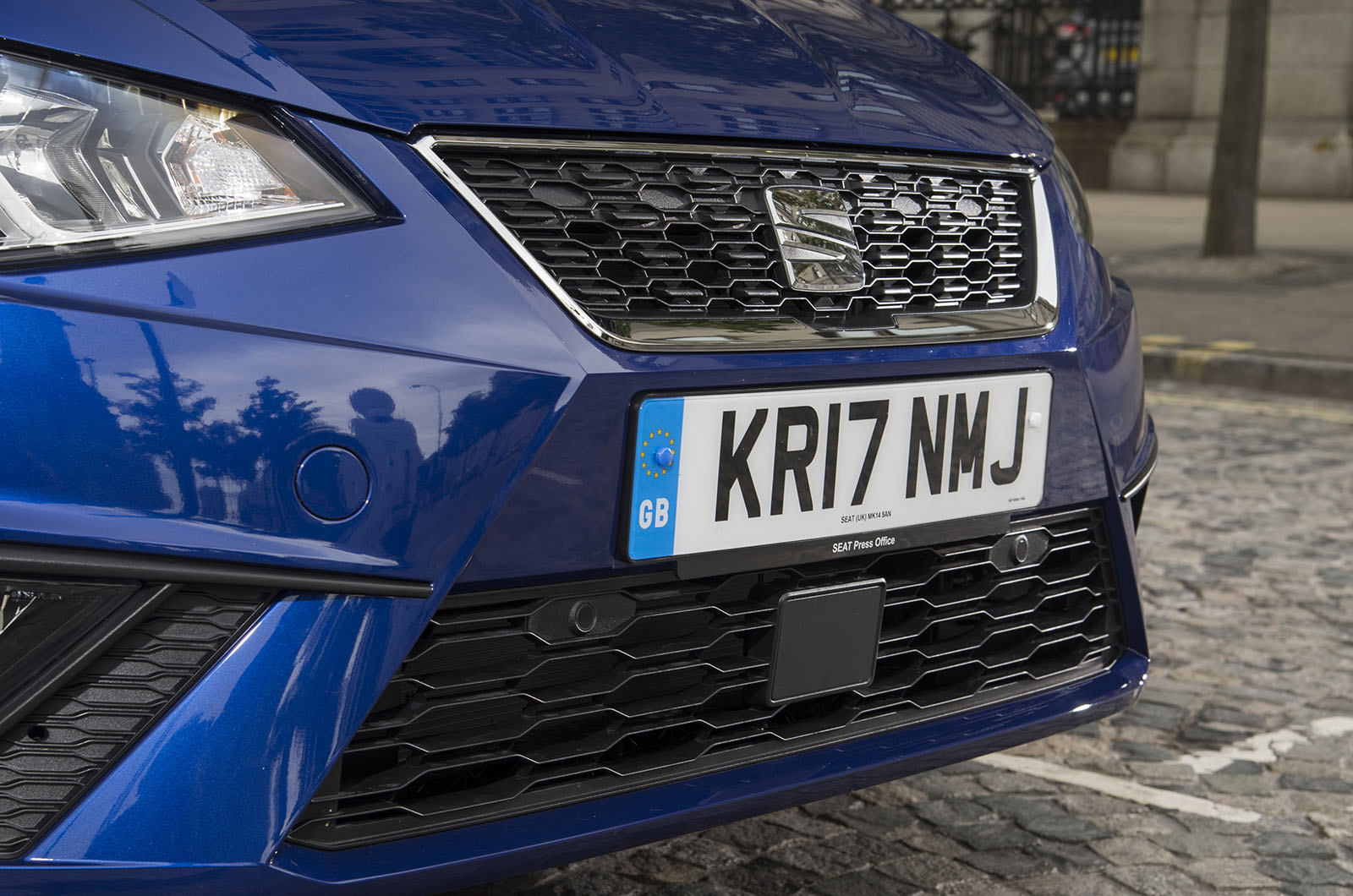 Seat’s mission statement for the new Ibiza is a bold one. It aims to create the best small car in Europe. That’s a tough call when faced with the likes of the new improved Ford Fiesta - so can it really live up to the boast?

Have one as a courtesy car when my Leon Fr is in for service. If you mostly drive in town this feels quick enough and revs happily. Not much happens below 2000rpm but it's fun to rev and sounds interesting. Because I drove it quite hard I only got 54mpg. Even in busy traffic commute it did 48mpg (my Leon 1.4turbo would do about 37 in same conditions) so this thing will be cheap to run. Easy to drive. Pleasant little thing. Interior too dull. Leon is full enough but somehow they've made this feel even more dull. Black and grey. Quality ok but not up to Leon. Nice car though.
Ski Kid 21 July 2017

think it is rather nice for cheapish motoring

My son has a 15 plate 1.4 Fr and it is a great car for the money great deal off list price so when the deals start on the new one should be a great buy .his engine is a nice sounding unit gets about 40 mpg on the motorway well below the official 60mpg .Think it is the best looking small car launched .In contrast to the Fiesta which looks gross.it must be due to designing small cars to comply with crash testing,space etc that they seem so ugly and boring in the main.The new Polo looks good too similar to the Ibiza.

Why do manufacturers insist on complicated digital heating controls that take your eyes of the road for half an hour while you tweak the settings! I am glad to see Seat have stuck with a trio of proper, quick n easy rotary dials.