From £26,6108
Addition of DSG automatic gearbox in this top-spec model doesn't show the Ateca small SUV in its best light
Open gallery
Close

The Seat Ateca, the car that finally delivered Seat to the alter at the sharpest end of the European mainstream, has been on sale in the UK for less than eight months. So common a sight is it on our roads, this was a fact I had to triple-check.

The Ateca is such a common sight on our roads for good reason: it’s the best small SUV you can buy in its popular and fast-growing class. The Ateca is so far the only car to out-Nissan Qashqai the, er, Nissan Qashqai.

Now the Ateca range is busily being filled out in the truest Volkswagen Group MQB style. Of note here is the seven-speed dual-clutch DSG automatic gearbox now available hooked up to the 148bhp 1.4 EcoTSI engine (EcoTSI being Seat’s shorthand for the now familiar cylinder deactivation in the four-cylinder engine), and the range-topping Xcellence trim (with an added £680 option box ticked for 19in alloy wheels). 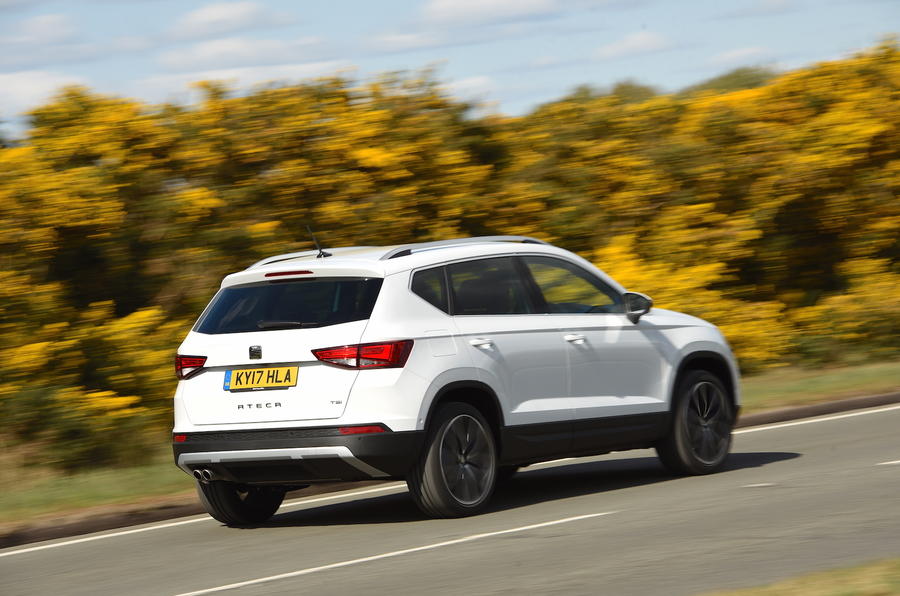 The 1.4 EcoTSI petrol engine marks the real sweet spot of the Ateca range, but it’s not quite as sweet here hooked up to an automatic as on Ateca FR and Ateca Cupra versions. 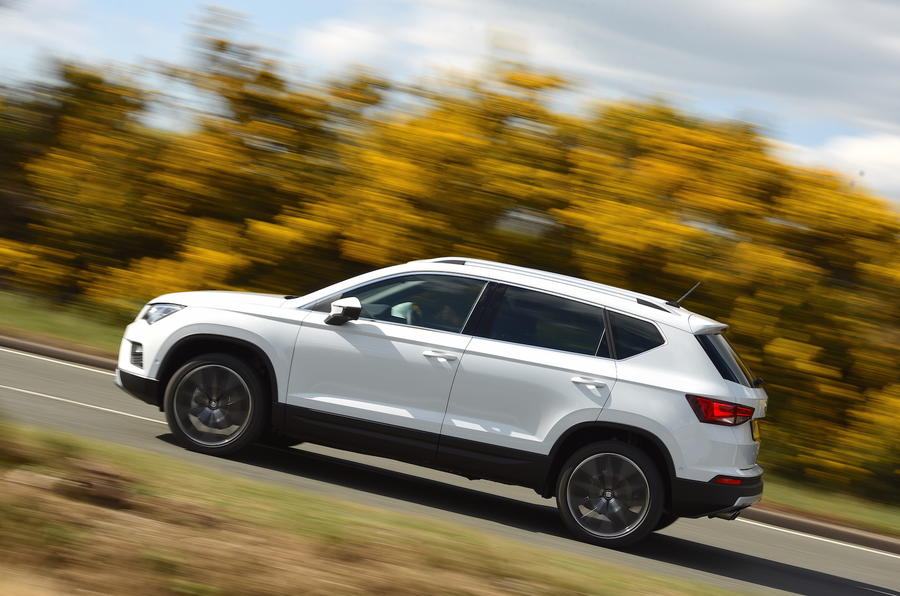 Our test car’s 19in wheels were further evidence that larger sets should be avoided on an Ateca; they push the ride over to the uncomfortable side of sporty. The Ateca is a firm-riding car anyway - the trade off for its tidy handling - but these 19in wheels are where the line should be drawn. There was plenty of tyre roar from the low-profile tyres, too.

Fuel economy wasn’t great on our test route; a steady 300-mile journey, a fair chunk of it on motorways and dual carriageways, produced closer to 35mpg than 40mpg. That's well short of the claimed 51.4mpg figure, although there's no surprise in that.

The well-specced interior is the same as on other Ateca models, and adds in leather on this Xcellence trim. There were a couple of technical gremlins in our test car, though, and are worthy of note. The voice control system felt like a throwback: for instance, ask to call your mum and Planet Rock ends up on the radio station. The DAB radio reception itself was also quite patchy, which is an even bigger frustration given that it's not standard kit lower down the range. 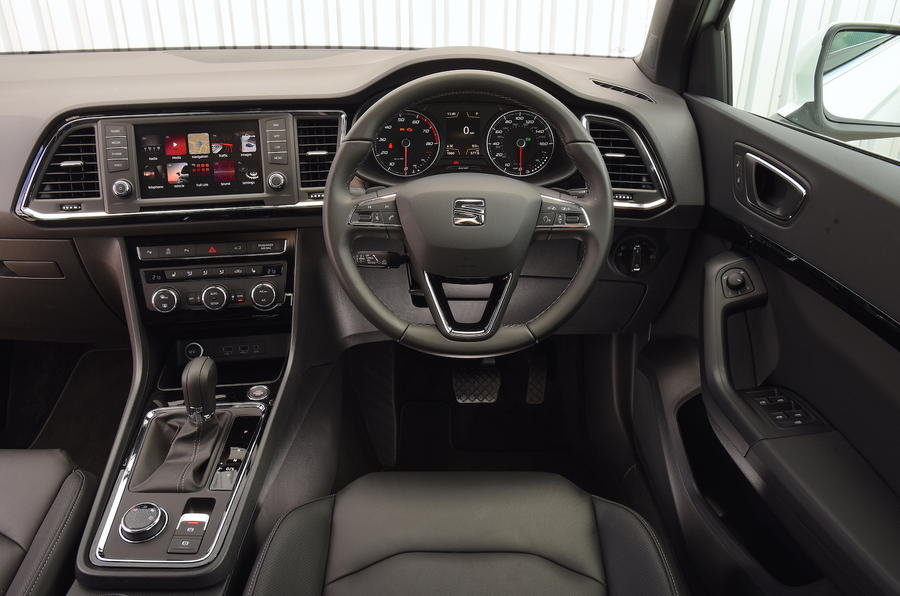 The wider message has clearly got through that the Ateca is a very good car indeed. In fact, amongst non-car loving friends, it's the car I’ve been asked about the most in this past year.

But when they now ask me if they should I buy one, I’ll say: "yes, but make sure you get one with a manual gearbox and steer clear of the 19in alloys. It'll be better to drive, more comfortable and you'll save yourself a good chunk of cash in the process".

That seems to be overstating it, as I've never seen a single one. Which is a shame, as I'd like to see if it is as handsome in the metal as it is in pictures (well, in colours other than white, anyway).
Marc 21 April 2017

We currently have one of

We currently have one of these, a 1.0T manual 'S' spec on a short term contract hire deal whilst we're waiting for another car. I'd say there are a lot of them due to how cheap they currently are, ours is £160 pm inc vat and that was with no deposit. They are an excellent car, even the base spec has all the kit you really need. Putting the performance aside it rides and handles almost as well as the F Pace we just got rid of and the interior is as good on perceived quality when you first get in and probably better when you start to poke around it. It's economical too, average is now up to 42 mpg now the miles are piling on.
centenary 20 April 2017

Nope, not a common sight

Nope, not a common sight seeing as dealers are quoting up to 6 months delivery times. And once again a car magazine wants to drive every car like it is on an F1 race track. Here's some news, 90% of drivers (at least) wont want to push the car to its limits.