From £141,34610
Manthey Racing turns its attention to a road-going GT3 RS. The results are rather spectacular
Open gallery
Close

A car for drivers who already have a Porsche 911 GT3 RS but want it to be even quicker, more agile and dynamic.

Hard to imagine, I know, but bear with me. Because that ‘MR’ in the title refers to Manthey Racing, surely the most famous and successful of all Porsche racing teams, so much so that, today, the company is 51% owned by Porsche itself.

For years, Manthey has be providing upgrades for all manner of 911s, but what we have here is an entire suite of modifications available through a Manthey-approved UK dealer for the first time. That dealer is ace Porsche restorer and tuner RPM Technik, which let me loose on road and track in a kind and trusting owner’s MR. Of which more in a minute.

For now, though, let’s just have a look at what the pack (which can be bought as individual components) comprises.

The suspension is treated to fully adjustable Manthey coil-over spring and damper units, the brakes to MR pads and braided brake lines. Magnesium wheels reduce unsprung mass by 12.6kg. But it’s really the car's aerodynamic modifications that set it apart. It comes with a carbonfibre rear wing and end plates, not to mention reinforced mounting brackets to withstand the extra load. There’s a reshaped carbonfibre engine cover with a lightweight Gurney flap incorporated into its design, front dive planes, and even aerodynamic wheel covers to reduce drag and increase downforce. The price, inclusive of VAT and fitted by RPM Techni,k is £69,000. Plus a GT3 RS… 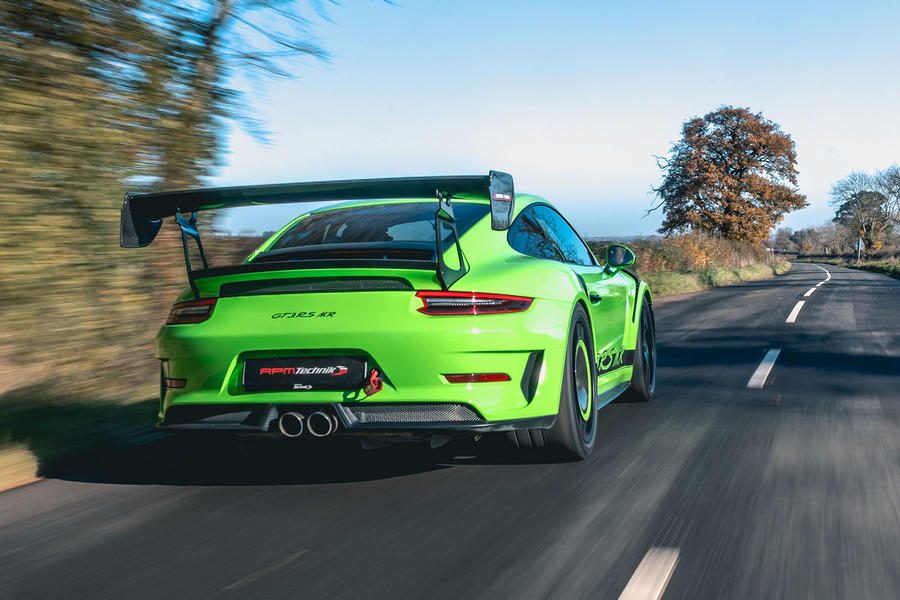 Reading everything above, you’d be forgiven for thinking the MR was a GT3 RS turned up to 11, but that is not only to sell the car woefully short, but it is also to misunderstand entirely what it is trying to achieve.

Manthey doesn’t provide comparative downforce data but there is an indication in the Nürburgring lap time of two GT2 RSs, one with the Manthey mods, one without, both official Porsche tests using the same driver. And in 2018, the Manthey car lapped in 6min 40.3sec, fully seven seconds quicker than the standard machine had gone the year before and, to this day, still the fastest ’Ring lap by a road-legal car. So it would be fair to expect a similar lap time improvement for the Manthey GT3 RS.

Which, of course, means it's bloody rapid – rapid enough on the very high-end track day I attended to make obstacles out of many modern Ferraris, Lamborghinis and other quick 911s. And that’s all very impressive, but it still doesn’t strike to the heart of this car.

Because the real reason it’s so much quicker, at least in merely mortal hands like mine, is because it’s not just easy to drive on the limit, but it’s curiously, almost hypnotically relaxing, too, in a way I don’t think I’ve experienced in any 911. The additional control of the suspension coupled with the fast-corner accuracy imparted by the aerodynamic modifications mean you can fling the car around Silverstone at what must seem an absolutely hair-raising pace on the outside while within peace and serenity reigns.

Of course, there’s an argument that says you’d don’t want a GT3 RS to hand it to you on a plate and I’m on the record as saying I quite liked the slightly spiky on-track character of the standard car because it keeps you on your toes and gives you stuff to do. And if you’re so minded, save yourself the price of a Cayman GTS and stay as you are. But while the MR is indeed easier to drive, it is not one whit less involving for that. A more cerebral experience perhaps but even more beguiling. It is possible I’ve driven a better-handling road car, but right here and right now, I’d struggle to tell you what it was.

On the road, and at least with its suspension in track settings, the car is needle sharp but uncompromisingly firm. I would be interested to see just how much more user-friendly it could be made just by backing off the damper settings a touch. 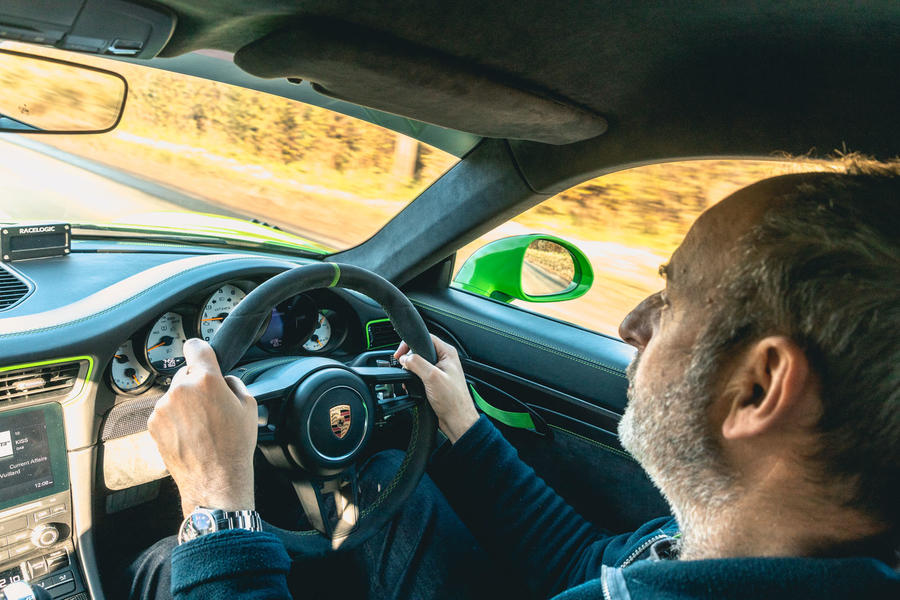 It only seems like a lot of money until, first, you drive it and, second, you see how much money people in this kind of league are minded to splurge on options that make no difference to how their supercar performs.

This is not a car for hooligans or drift merchants, nor for those happy merely to drive very fast. But if you love being on the limit and appreciate, understand and, above all, are captivated by the nuances of car behaviour in that state, the GT3 RS MR is spellbinding.

Photography supplied by Charlie B 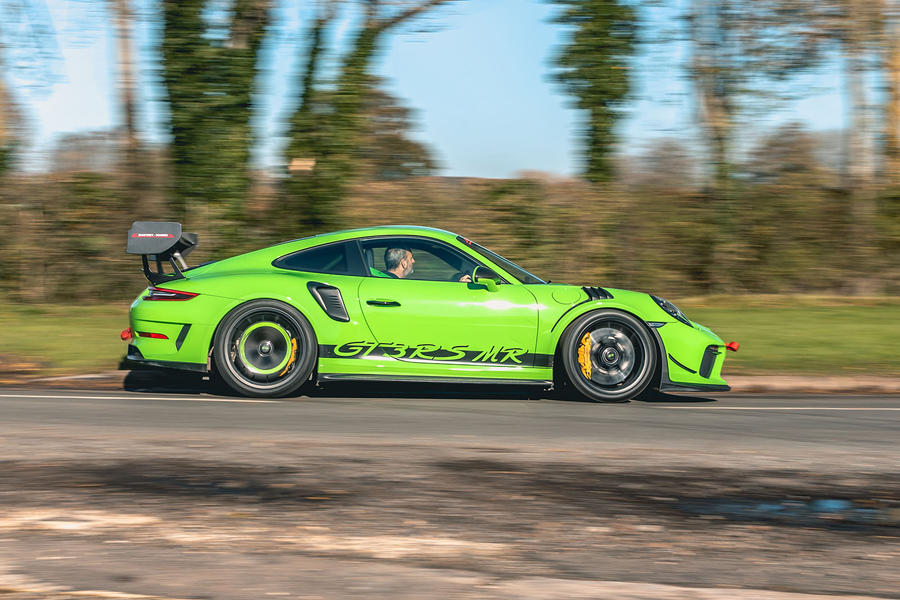 It might be absolutely amazing, but that rear spoiler, in my opinion looks bloody stupid on aroad car. It real does live up to its name because it spoils the car.

Owning a GT3 RS is quite a commitment, whether you modify it or not. At least this concentrates on performance rather than bling. Interestingly, a good friend of mine, current Nurburgring Endurance Series GT3 champion, David Pittard (Walkenhorst BMW M6 GT3) drives a Manthey tweaked GT2 RS 'Ring Taxi in his spare time. He reckons it makes his GT3 race car feel pedestrian by comparison. There's some excellent youtube footage of him driving it (with his dad in the passenger seat) as well as the "54 overtakes in a single racing lap of the Nurburgring in the BMW" video. Both are pretty awesome!