Hyundai’s big mid-life facelift on its inaugural N performance division product, the i30 N hot hatchback, has been pretty wide-ranging.

Four years ago, this car had a lot going for it but an awful lot more untapped potential that careful development promised to tease out. Well, a spoiler alert, folks: there’s still plenty of teasing to do.

This updated version of the car gets an engine with a little bit more power than before and quite a lot more torque. It becomes Hyundai’s first European product to get the firm’s specially developed eight-speed dual-clutch automatic gearbox, which can be had instead of the standard six-speed manual. It has new lightweight forged 19in wheels and enlarged front brake discs, too. And it has been through a wider suspension update that has left it with new coil springs and adaptive dampers, new strut bumpstops and updated wheel geometry.

Inside the cabin, there are some optional lightweight bucket seats for those who want them, Hyundai's enlarged touchscreen infotainment system as standard and some new active safety and connectivity features. 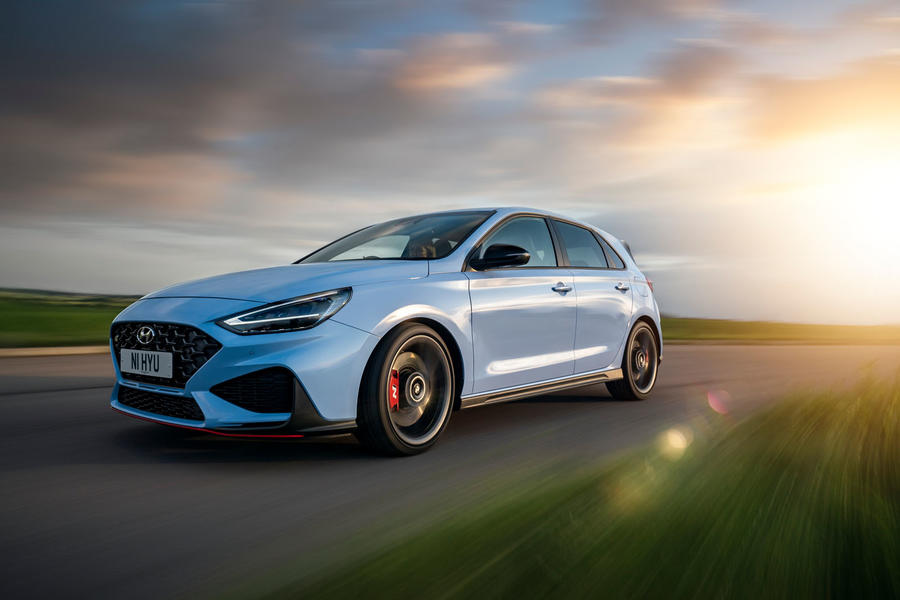 The updated i30 N feels better suited to UK roads than the 2017 original version ever did.

There's improved fluency and give in the suspension, which is at its best if you leave it softly set, when it never fails to keep close control on body movements. Ramp it up, though, and the ride gets a bit brittle and jittery in Sport mode; and then a lot more jittery still and very aggressive indeed in N mode, at which point you would be hard pushed to find a UK circuit smooth enough to feel suited to it.

Weighty, filtered precision is what the handling does best. The steering, like the dampers, needs to be left set as mildly as possible in order to be kept at all natural-feeling. It’s quick-geared but becomes really leaden and lifeless in the more aggressive driving modes. Even if you're prepared to wrestle with it, it rarely makes the car feel especially agile or pointy.

The wheel rim gives starkly mixed messages. At times, it feels as if it might be totally unassisted on the basis of its weight and yet simultaneously so over-assisted on the basis of how little tractive feedback, suspension loading feel or contact patch feel it provides. Settle for meaty but slightly artificial-feeling handling accuracy and impressive high-speed composure, rather than searching for livelier incisiveness and mid-corner balance, and you will be a happier customer.

The engine shows a marginal improvement in mid-range potency, but it still isn’t especially zesty or free-revving like, say, Honda’s four-pot turbo equivalent. Comedy exhaust pops aside, it’s still more gruff and loud than nice to listen to.

The dual-clutch gearbox works well and shifts with plenty of urgency and good timing (again, if you avoid the angrier operating modes). If you must have two pedals, it would be a smart pick – although a manual will always be more involving on a car like this. 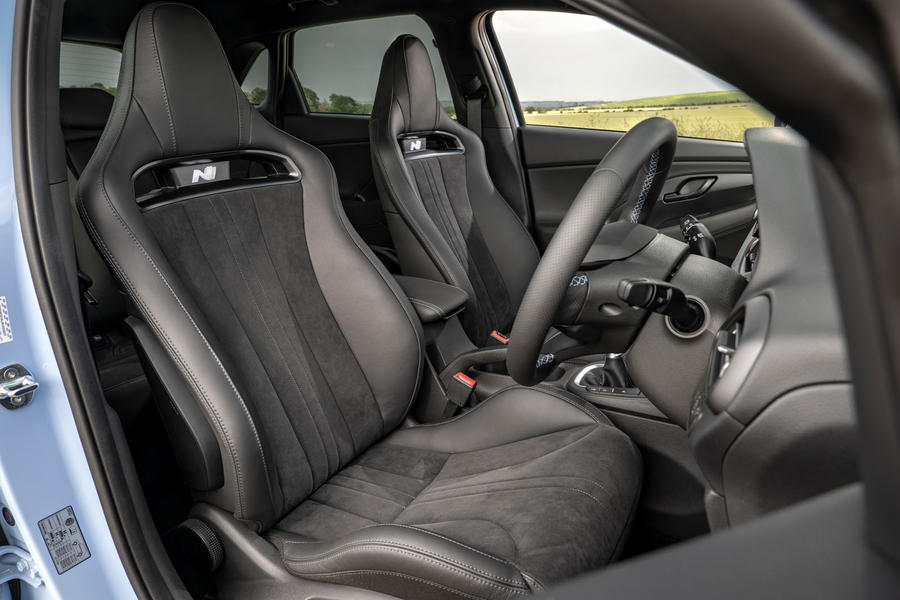 The i30 N is quite a divisive driver's car. Some people seem to like it's heavy-handed, Tarmac-pummelling, route-one dynamic take on life, while others really don't. That it's clearly not like other, tamer-feeling fast front-drivers will probably continue to do it no harm, though.

There are certainly suppler hot hatchbacks; and there are also subtler, more communicative and more dynamically finessed ones. Bit by little bit, though, Hyundai is knocking some delicacy and feel into this car. As long as it ultimately remembers to leave some savagery in mix too, both car and creator will have come an awfully long way. 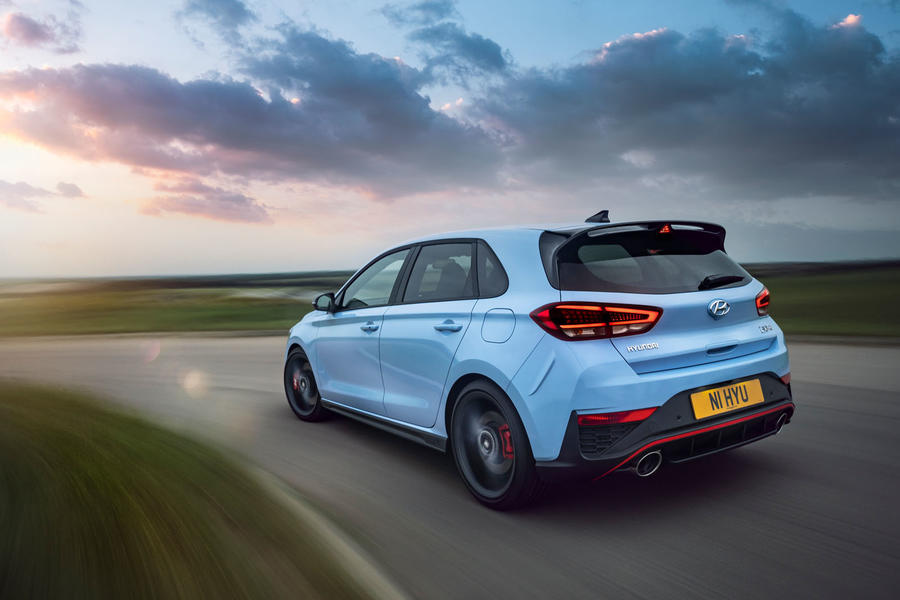 Ambiguous last paragraph for sure, but I think I got there. It doesn't have the delicacy of others, so I'll leave it off my lottery list. If it was purer than the competition, the name or styling wouldn't bother me, although I'd leave off that paint job again.