BACK TO ALL NEWS
Currently reading: Buy them before we do: second-hand picks for 11 September
UP NEXT
All-new entry-level McLaren to be 600bhp-plus V6 PHEV

Buy them before we do: second-hand picks for 11 September

Imitation is the sincerest form of flattery, so they say. It’s also a good way of getting your hands on the unattainable classic of your dreams. Take, for example, this Chesil Speedster, which offers the style, performance and charm of the iconic Porsche 356 for a fraction of the cost.

Chesil has been producing near-faithful but not technically identical 356 lookalikes since the 1990s and says most of its clients “would love to own an original 356 but can’t afford the asking price, nor possibly have the skill and time available in which to keep it in running order”.

This Speedster was built in 2001 and, as its pristine paint suggests, has done just 8978 miles since. You needn’t be afraid to put a few more under its tyres, though. Underneath the hardy, lightweight fibreglass bodyshell you’ll find a 1972 Beetle chassis – repainted and rustproofed to provide years of longevity – and Volkswagen’s familiar Type 1 boxer motor, which is easily maintained and repaired in a driveway, unlike a genuine 1960s Porsche engine. 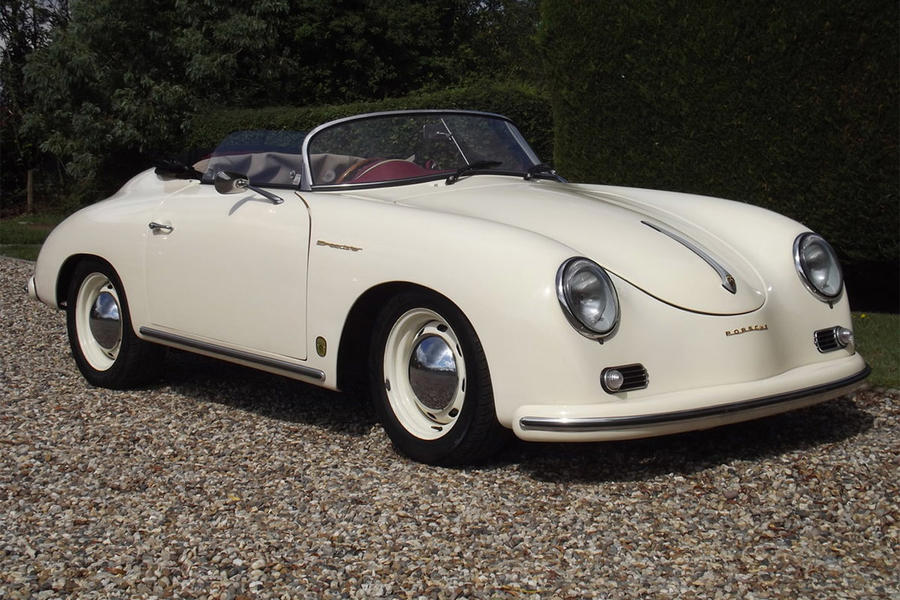 In this case, the flat four has been upgraded from 1584cc to 1776cc, so it’s said to give “usable performance”; certainly it will be a good deal peppier than the original 356’s 59bhp engine, while retaining its air-cooled thrum.

Adding to the Speedster’s appeal is that it doesn’t fall into the trap of attempting to combine classic design with modern components. Pull back the unblemished mohair hood and you’ll uncover a period-correct and delightfully simple leather-trimmed interior with a wood-rimmed wheel and optional rear seats. Happily, however, a modern stereo has been subtly installed under the dashboard. 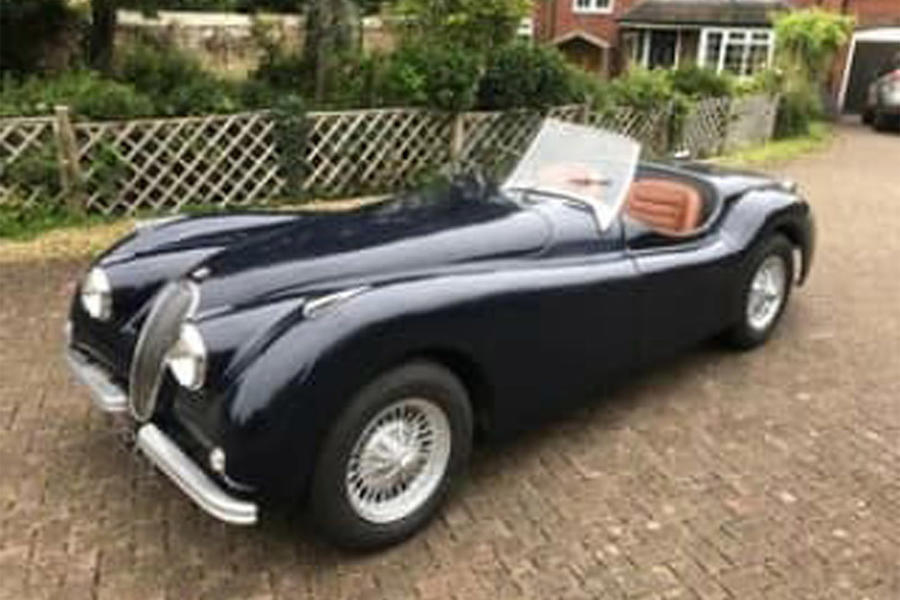 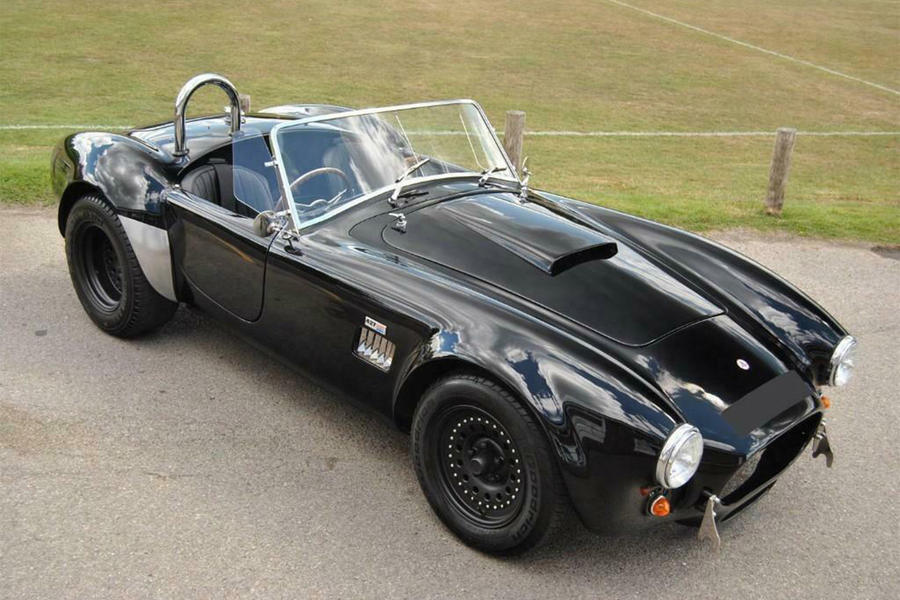 Ram SC Cobra, £41,990: AC Cobra tributes are common but vary wildly in terms of fit and finish. This 1996 Ram is about as genuine as they get, packing a snarling 5.7-litre V8 and a raft of hardcore hardware underneath its faithfully recreated Shelby-style fibreglass bodyshell. 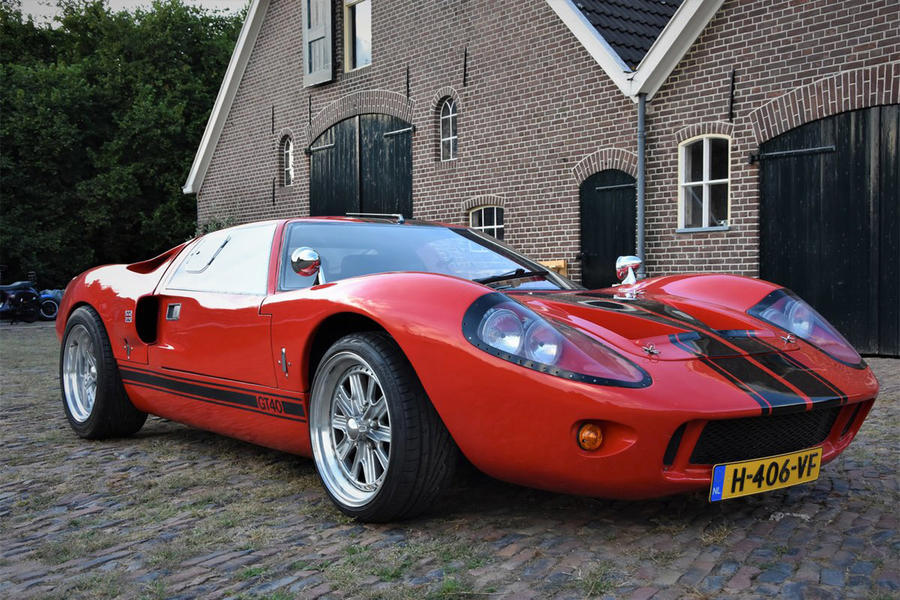 KVA Ford GT40 MkIII, £62,500: Get the tape measure out and you’ll find that this Ford GT40 replica from Dutch kit car maker KVA stands just 40in tall, just like the real thing. That commitment to detail is reinforced by its Ford-derived V8, retro dash and doors that meet in the roof’s middle. 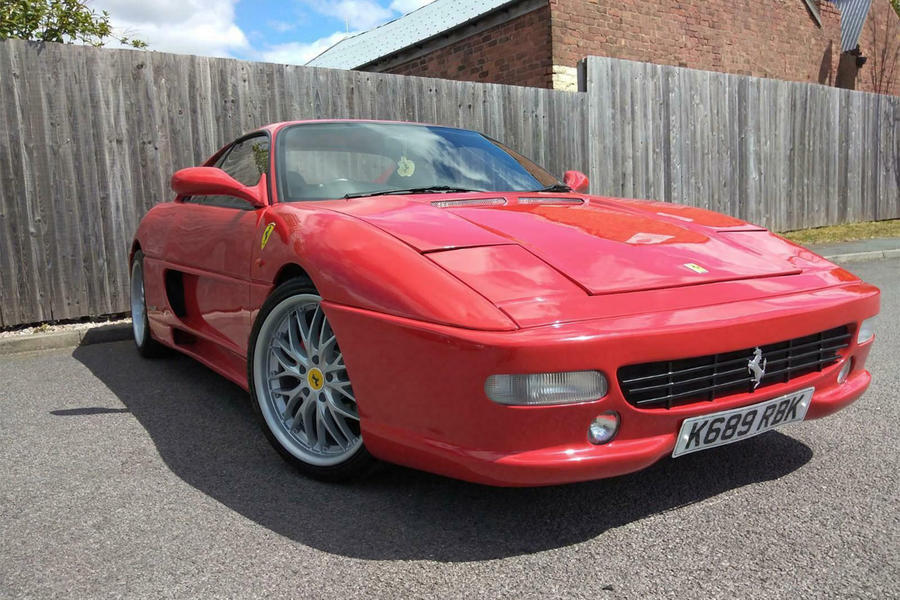 Toyota MR2/Ferrari F355, £7995: Many Toyota MR2s have been reborn as Ferrari F355 replicas. This oddly proportioned example is unlikely to convince those in the know, but it’s a well-maintained and adequately powered alternative that you won’t be scared to leave unattended. 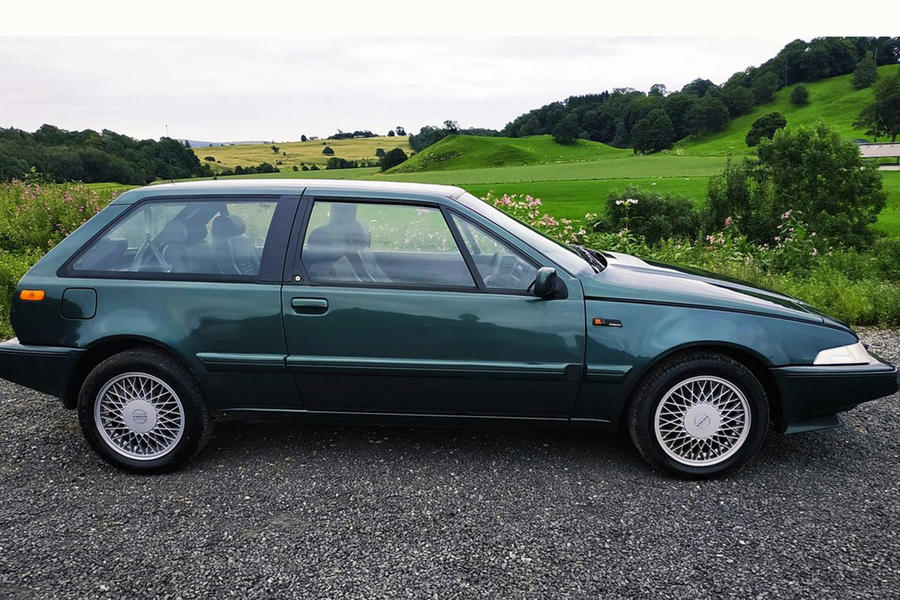 Volvo 480 GT: You would be hard pressed to convince the uneducated that the Volvo badge on the nose of this striking 480 GT was applied at the factory. It’s a world apart from the blocky estates and ungainly saloons the firm was building at the time. Don’t call it a hatchback, either. This £995 example looks the cat’s pyjamas, but the seller warns that it’s ripe for recommissioning. 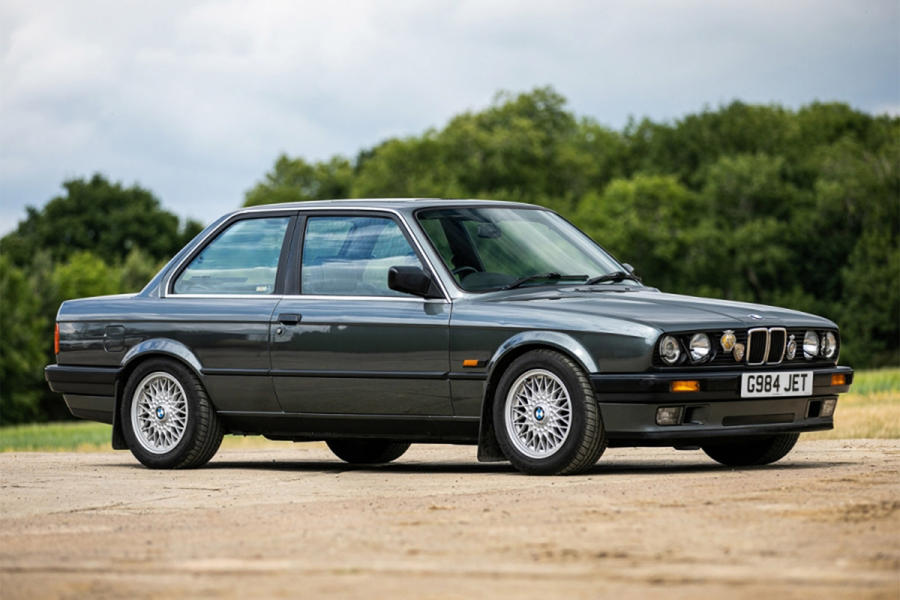 BMW 320 SE: The E30-generation BMW 3 Series’ time on the budget banger circuit has long since ended, and even lowlier entry-level cars are well on their way to achieving bona fide classic status.

The big money is in factory-spec two-door models, as evidenced by this once-unassuming 1989 320, which recently passed the block at £12,100. Owned by the drummer from popular indie rock band The 1975, it has covered just 66,000 miles in the hands of four owners from new and is specified in well-appointed SE trim with the optional M-Tech interior package. 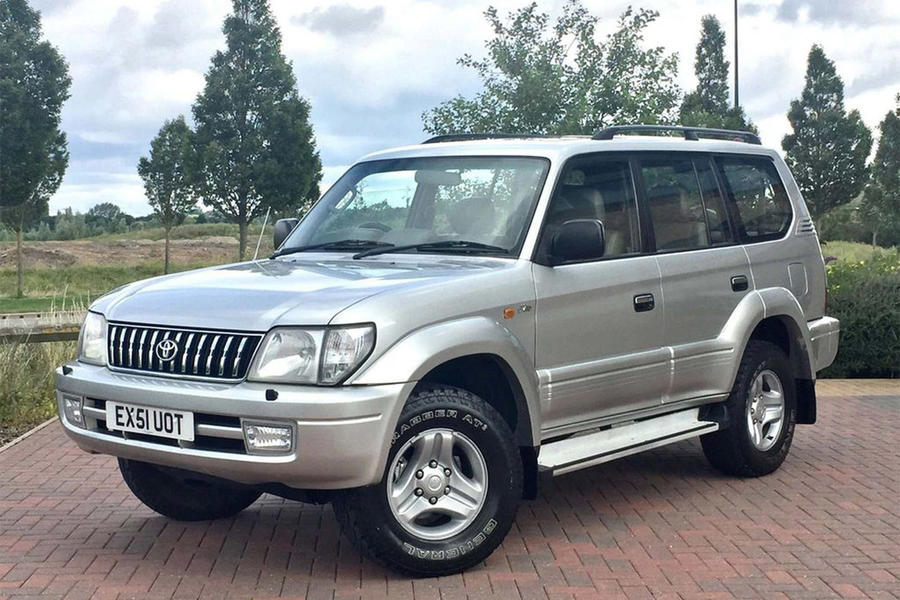 Toyota Land Cruiser Colorado, £2895: On most used cars, a near-200,000 mileage would be cause enough to walk away, but the Toyota Land Cruiser is revered for its almost unrivalled longevity. This 2001 car wears its age astoundingly well, with its seemingly unblemished paintwork, clean cabin and reportedly still-strong 3.0-litre turbodiesel testament to the care it has received. Given that a Land Rover Defender or Mercedes G-Class of a similar age would cost you around five times the £2895 asked for this car, it’s an especially enticing proposition. Not to mention effortlessly cool.

Brief: Please find me a modern, lightweight off-roader for £10,000. 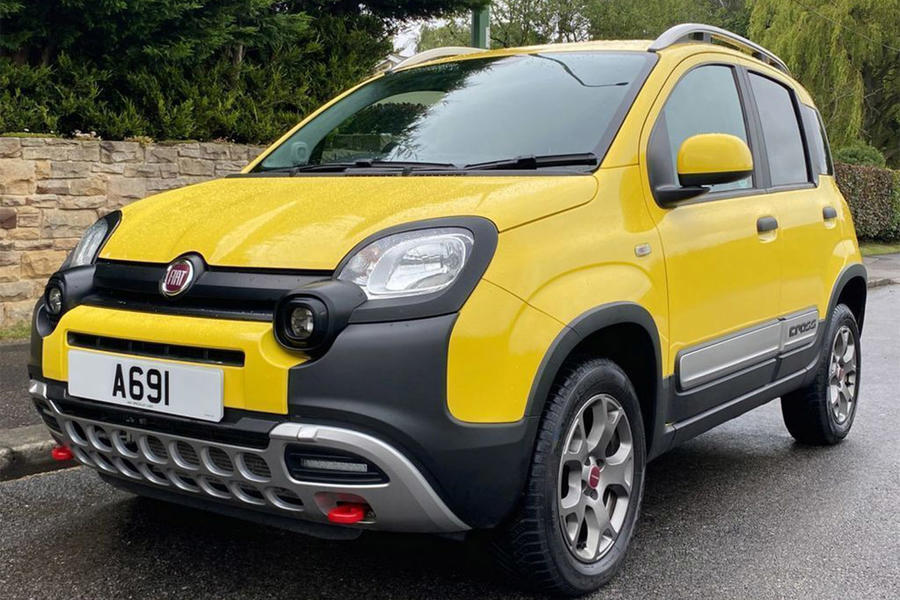 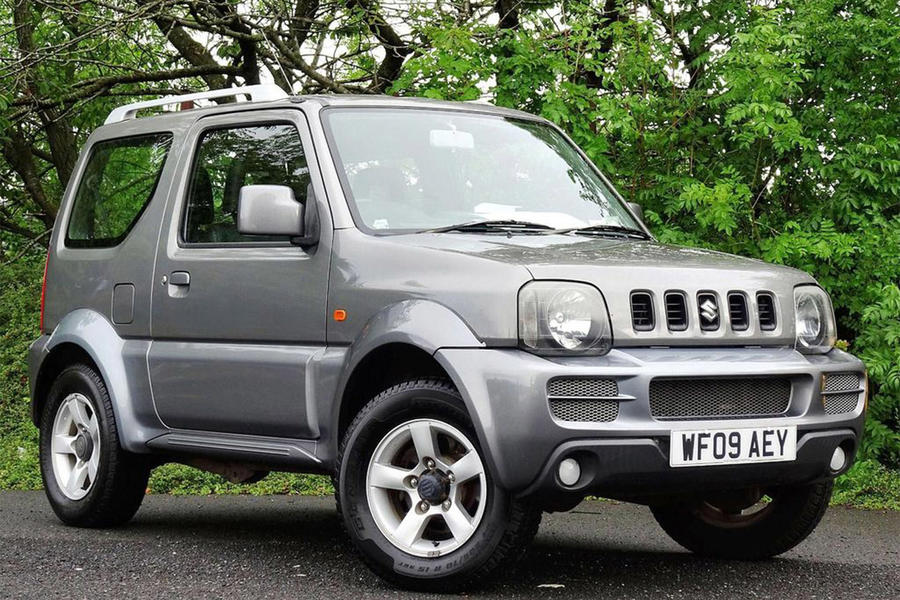 Max Adams: Small, modern off-roaders don’t come much better than the Fiat Panda, especially if you plan to drive such a thing on the road. My Layer Cake-inspired yellow 4x4 is actually a diesel, and while that won’t be to James’s liking, it does at least have more low-down grunt than the two-pot petrol.

Felix Page: Yes, I think I saw a Panda 4x4 mount a kerb in Chelsea once. Very rugged. Everyone knows that the previous-generation Suzuki Jimny is the definitive small off-roader, and with a footprint roughly the same size as that of the Volkswagen Up, it’s quite at home in town, too. Plus, my example has optional extras coming out of its ears.

MA: How many times have I told you: that Toff from Made in Chealsea won’t give you the time of day, especially not in that crude Suzuki. Also, you think something with a ladder frame, solid axles and drum brakes is modern? Where’s your three-position terrain selector or even Bluetooth connectivity for your phone?

FP: James is headed to the great outdoors to get away from it all, Max. He doesn’t want people ringing him. And besides, the Jimny can hold its own on all types of terrain, so there’s no need for a fancy selector.

MA: All types of terrain apart from asphalt, of course. What’s more, my Panda has red tow hooks; that’s how you identify a genuine off-roader.

Verdict: I’d quite like to pick up a P-P-Panda.

You didn't put a price on the

11 September 2020
You didn't put a price on the chesil.
A daihatsu terrios would have been another good alternative for a small off roader.
Love the E30 2 door, I think that is why I love the 1 series coupe so much, as it's proportions and styling remind me of the E 30.