Classic car electrification firm Lunaz is on track to deliver its first customer models by the end of 2020 and remains committed to significant expansion plans first announced in February.

Deliveries of the Silverstone-based firm’s debut model, electrified versions of the iconic Jaguar XK120 sports coupé, will begin in the final quarter of 2020, with order books now filled for the initial production run. The firm is now taking orders for the XK120 convertible and its XK140 sibling.

The retro-styled EVs are visually unmodified but have their original petrol motors swapped for a secretive, in-house-developed electric powertrain that produces 516lb ft and 375bhp. Lunaz claims a range of more than 250 miles from an 80kWh battery pack and a 0-60mph time of less than five seconds.

Lunaz finished testing and development of the electric Jaguars before the UK went into lockdown on 23 March, subsequently taking orders via video consultation with customers. The firm claims its unique business model - supplying only to customers with whom it has a direct existing relationship - has shielded it from the issues that have affected mainstream manufacturers during the pandemic.

In addition to the flagship Jaguar models, Lunaz is now offering electric versions of the original Bentley Continental, produced from 1955 to 1965, to its extremely exclusive customer base. The first - a rare Continental S2 Flying Spur - is said to have been commissioned by a car collector who will use it as a daily driver. 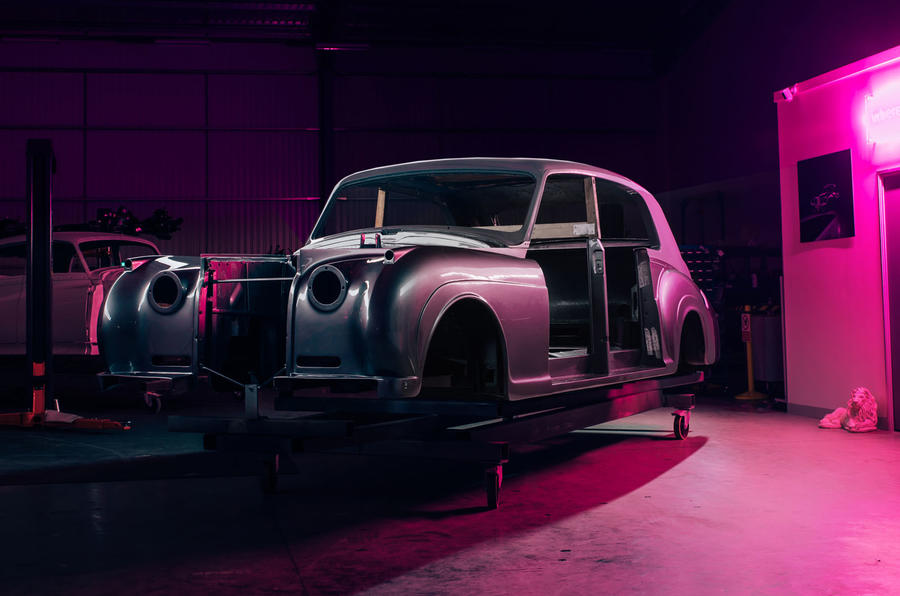 Testing for a pair of electrified Rolls-Royces - the 1956 Cloud and 1961 Phantom V - has been completed and Lunaz is in talks with several high-end hospitality firms about the possibility of incorporating the modernised classics into existing limousine fleets.

Each car converted by Lunaz is 3D-scanned prior to any work being carried out, so that engineers can create CAD renders to “ensure technical perfection”. It is then stripped down ahead of a full restoration, with all coachbuilding and trimming work carried out by the firm's own engineers. Interiors are subtly modernised with upgraded sound systems, infotainment systems and wi-fi functionality. Prices for a Lunaz conversion start from £350,000.

Lunaz says that because it has managed to continue production in line with social-distancing practices, it remains on track to double its workforce by the end of the year to cope with a "surge in orders globally", supplementing a team that currently comprises workers from Rolls-Royce, McLaren, Formula 1, Aston Martin, Cosworth and Volkswagen.

Everything sounds just dandy till you see the price, £350,000 ?! , still, they've got a full order book, but that could be just ten or a hundred, couldn't it?

.....fortunately there are so few people daft/wealthy enough to do this conversion!

0-60 times of less than 5 seconds completely misses the point of these cars let alone the ability to handle this sort of performance through ancient driveline architecture.

In reality what difference will this make to CO2? A handful of valuable classic cars butchered just so someone can play lip service to XR and associated lunies. How much CO2 has been created out of all the bespoke construction and hot air generated by all the waffle? Leave them as they are and by all means buy your ludicrously priced EV if you must but dont pretend to be a tree hugger driving around in a car that costs more than most houses.

These classics will never

These classics will never travel far enough to recover the CO2 used to make their batteries, so this has nothing to do with being green. With all the extra weight they will have to beef up the suspension which wont improve how these old cars drive either. Only good thing here is the price. It will limit how many cars these people vandalise

Utterly gorgeous and (hopefully) avoids much of the effort needed to keep an original ICE machine fettled, and offers zero roadside pollution.

A convertible Jaguar-Lunaz would look nice nice to my Cybertruck, though don't think I can afford both - yet!

As the ex owner of a mechanically scruffy E Type which looked gorgeous but was horrible in traffic, cold, starting etc this would be great. I just don't have £350K plus the E type !

But Deputy, this is what old cars always were....unreliable, tempramental, over heated in traffic, steamed up windows, rust etc.

They looked great but are a shockmafter driving modern vehicles..... its part of their charm!