BACK TO ALL NEWS
Currently reading: Grenfell garage to electrify classic Volkswagens
UP NEXT
2025 Mercedes-AMG EV sports saloon to rival Porsche Taycan

German classic car electrification specialist eClassics has chosen a struggling Kensington garage as its first UK outlet, saving it from closure in the wake of the Grenfell disaster.

Earlier this year, eClassics worked with Volkswagen to produce an electric version of the original Type 1 Beetle, using the motor, battery and gearbox from the e-Up city car. A deal with the manufacturer allowed eClassics to put the model into limited production using genuine parts, and it's now on sale in Germany with a starting price of €99,000 (£84,000).

Jack’s Garage - located close to the 24-storey apartment block where 72 residents died in a fire two years ago - will be the first business in the UK to electrify classic Volkswagens using genuine manufacturer-supplied parts.

The classic Volkswagen specialist has suffered in the wake of the tragedy; owner of 12 years Joseph Salama told Sky News: “The first year after the fire was diabolical to say the least. In the first few weeks, the roads were closed, clients couldn't get in, we weren't getting paid and suppliers couldn't deliver parts. Effectively, our production [and] our restoration ceased overnight.”

Turnover was down £100,000 year-on-year over the course of the next six months, so Salama was forced to lay off half his workforce. He attributes the extended decline to the continued presence of the burnt-out tower nearby, which customers preferred to avoid.

The new deal with eClassics is expected to improve the garage’s future viability and expand its customer base. “I’ve already had enquiries from America, Europe and the UK,” Salama said.

Initially, Jack’s Garage will offer the conversion package used to create the e-Käfer demonstration car earlier this year. There are plans to bring electric versions of the Volkswagen Type 2 van and Beetle-derived Porsche 356 to market as well. 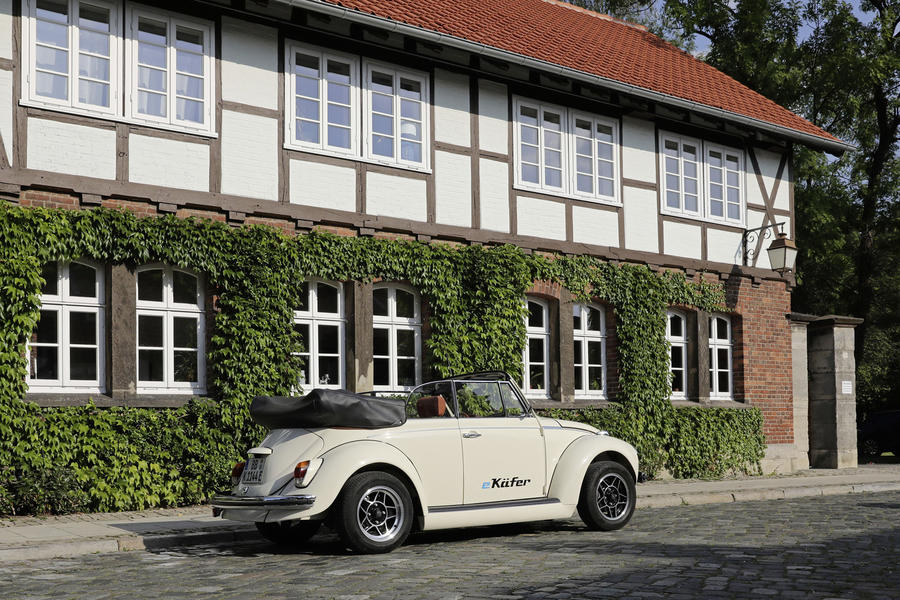 UK prices for the electric Beetle aren't yet confirmed, but eClassics sales director Gianfranco Pizzuto told Sky News that “the estimated cost of transforming an old VW Beetle is £40,000, and it could take some time before that cost is brought down”.

Jack’s Garage joins a number of UK businesses already electrifying classic cars. For example, Swindon Powertrain in Wiltshire offers an electric variant of the Mini for £79,000, while Silverstone-based Lunaz carries out the conversion on rarer classic models, such as the Jaguar XK120 and Rolls-Royce Ghost, with prices starting at £350,000.

It loses its soul.

1; can't help thinking Catherham need to get in on this

2; along with Midas and a few others

THE car to electrify is of course...

the Citroen DS. Fans will pay big bucks to have one with decent range. Runnerup, what's in a name: the Dodge Charger (the 60's one of course). Both cars have plenty of room to store batteries.

the Citroen DS. Fans will pay big bucks to have one with decent range. Runnerup, what's in a name: the Dodge Charger (the 60's one of course). Both cars have plenty of room to store batteries.

Several DS have been cinverted already, just google it.

This Beetle conversion looks awful, I m guessing theyve decixed to somehow stick the batteries under the floor (early pics showed an empty engien bay) and then add some pretty grim side skirts to cover them. Horrid, pity its a great concept and other conversions Ive seen  look much  better.