BACK TO ALL NEWS
Currently reading: Range Rover EV to be most road-biased Land Rover yet
UP NEXT
New Aston Martin DBR22 is £1.5m, V12 speedster

Land Rover is gearing up to launch its first fully electric Range Rover model, a low-slung luxury crossover that will be twinned with the Jaguar XJ and is due to go on sale in late 2021.

With the revived Defender now unveiled as a true off-road flagship model, the British firm can strengthen its focus on electrification, a key area of investment in Jaguar Land Rover’s Charge and Accelerate programmes designed to restructure the business following recent heavy losses.

The new EV, first revealed by Autocar in 2017 and once known under the working name Road Rover, is being developed as the brand’s most road-focused model yet, albeit retaining more off-road capability than rivals.

It is intended to take on the likes of the next-generation all-electric Porsche Macan and the forthcoming Audi E-tron Sportback.

JLR’s new model has been referred to in company documents as a ‘medium SUV’.

It is expected to sit between the Evoque and the Velar in terms of overall size, but with a lower roofline and smaller frontal area than both in order to optimise economy and range.

The space created by the electric architecture also means it is likely to offer more cabin space than the Velar.

While JLR has registered the Road Rover nameplate, there is no news yet on what name the showroom version will take – although it will be branded within the Range Rover family.

The Range Rover label remains because the machine will be pitched at a luxury audience.

The move should also boost its appeal in the vital Chinese market, where there is demand for both large premium crossovers and electric cars.

Jaguar Land Rover’s struggles in China have been a key factor in the company’s recent financial woes, and improving its performance in the country is a key part of the turnaround strategy.

With the Chinese government heavily pushing fully electric cars, both the forthcoming electric XJ and Range Rover crossover will be vital to the firm’s renewed push in the country.

He has hinted at new models in the range, recently saying to reporters: “We will launch things to expand the product portfolio. We won’t stand still. So you can expect these [new models] as you can also expect updates of our existing cars.”

The firm only recently confirmed it was developing the next-generation Jaguar XJ as an electric car, as first revealed by Autocar in 2015, with the model set to be built at the firm’s Castle Bromwich plant. 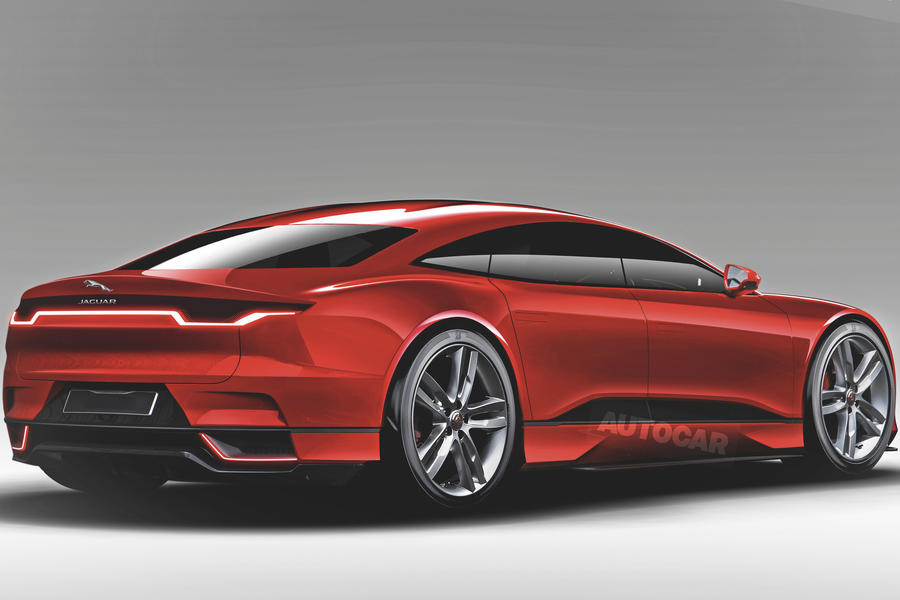 The XJ will be built on the EV version of JLR’s new flexible Modular Longitudinal Platform (MLA) and will use JLR-built motors and batteries – possibly using electric motors codeveloped with BMW as part of a recent tie-up between the two car makers to collaborate on electric powertrain technology.

It is expected that the new crossover will be twinned with the new XJ for production purposes, echoing the Range Rover Velar and Jaguar F-Pace SUVs.

The two new models will share much of their underpinnings, albeit heavily revised for each brand’s target audience.

The electric variant of the firm’s new MLA platform uses the now customary ‘skateboard’ design with underfloor batteries and the option of two motors mounted on each axle.

This will ensure electric Land Rover models can offer all-wheel drive, which is considered vital in order to reflect the firm’s heritage and authentic off-road performance.

The instant torque offered by an electric powertrain will also be a major boost to those venturing away from the road in EVs.

According to information given in an investor’s presentation earlier this year, in EV form the MLA platform is designed to house batteries up to 90.2kWh in size, offering around 290 miles of real-world range.

Land Rover will seek to maximise that range by optimising the new model’s aerodynamic efficiency, hence the decision to pursue a lower, crossover-style machine.

Performance details are unclear for both the XJ and Range Rover crossover at this stage in the development process, but both models are likely to benefit from the recent electric motor tie-up between Jaguar Land Rover and BMW.

The electric crossover will be one of the key models in a continued expansion and reinvention of Jaguar Land Rover’s line-up.

In the presentation to investors earlier this year, company bosses said they planned 14 new or refreshed nameplates in the 2020 financial year – including electrified versions of existing models – with 16 more following from 2021 onwards.

From next year, every new Jaguar Land Rover model will be offered with an electrified variant, with either a plug-in hybrid or fully electric option.

Further mild and plug-in hybrid versions of Range Rover and Discovery models are due in the next financial year, with electric machines earmarked for both ranges in the future, although no firm timeline has been given.

While a plug-in hybrid version of the Defender is in the works, there are no plans for a full electric version.

They've been 'Road Rover's for years already. Half of them can't even handle a bit of snow these days (Mostly the 'Sport' and commical 2wd varients)

And you say mine lack content?, at least there's some info, info you can expand on...if you care to think about it...Cavolonero.....?

beg pardon, not getting your drift. :)

beg pardon, not getting your drift. :)

A Range Rover isn't an off roader?, joke aside, most of JLR's products never go off road unless the driver is under the influence, and in this day and age that's just fine, it's how many sold that matters....

Hoisted by your own Pittard....Cavolonero?

Would be nice if the Range in Range Rover meant increased range instead of having the same as the i-Pace, which will be 3 years older, when the Roadie arrives.

Agreed. This is a range rover

Agreed. This is a range rover with a 90kwh battery. Rivian will have a 4x4 with a 180kwh battery to compete against it. They are designing a new car to yesterdays specifications. Surely a new car should be designed for the future. This is really disappointing.
xxxx 21 October 2019

Rivan have never made a production car yet (although they do sell a range of knifes and cooler bags) and a 180kwh battery just points to an inefficient, expensive and heavy car/truck which is disappointing.  Even when they do produce something it will either be a truck or van and not a competitor to a Range Rover in any way