The firm's new SUV features a pioneering variable compression engine. We've had a first taste of it in Arizona, US
Open gallery
Close

Although successful in the USA and the Middle East, Infiniti is still trying to stand out in the British and European markets. Nissan’s luxury arm believes it can change that with its forthcoming QX50 premium SUV – and the use of some innovative technology.

Previously, Infiniti has attempted to make its models stand out through bold design. But with the QX50, which was first shown in concept form at the Detroit motor show in January, the firm is presenting itself as an innovation carrier.

We were given the chance to sample the QX50, and its new variable compression engine, at Nissan’s test centre around an hour south of Phoenix, Arizona, where the would-be Jaguar F-Pace and BMW X3 rival is being honed. 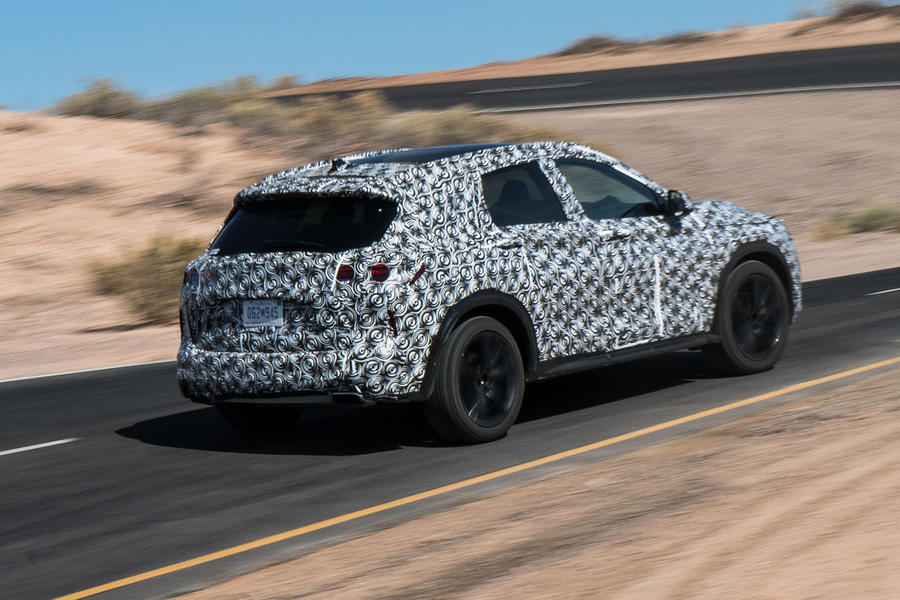 The midsized SUV is set to be the world's first production vehicle with a variable compression engine, dubbed VC-Turbo. Effectively, it controls the combustion process within the cylinder and decides how powerfully or economically the engine works under the various load requirements. The result, Infiniti claims, is an engine that can boost efficiency by up to 25%, with increased power and torque.

Insight: why Infiniti's new petrol engine could be the breakthrough the company needs

Chief engineer Shinichi Kiga has led the development of the VC-Turbo engine, having researched variable compression technology for around 20 years. “I knew that it was possible,” he said. “I’m convinced it will become a major technology trend in the years to come for internal combustion engines.” As with Mazda’s pursuit of compression ignition technology, Infiniti believes that electrification is not the only way to improve the efficiency of car powertrains. 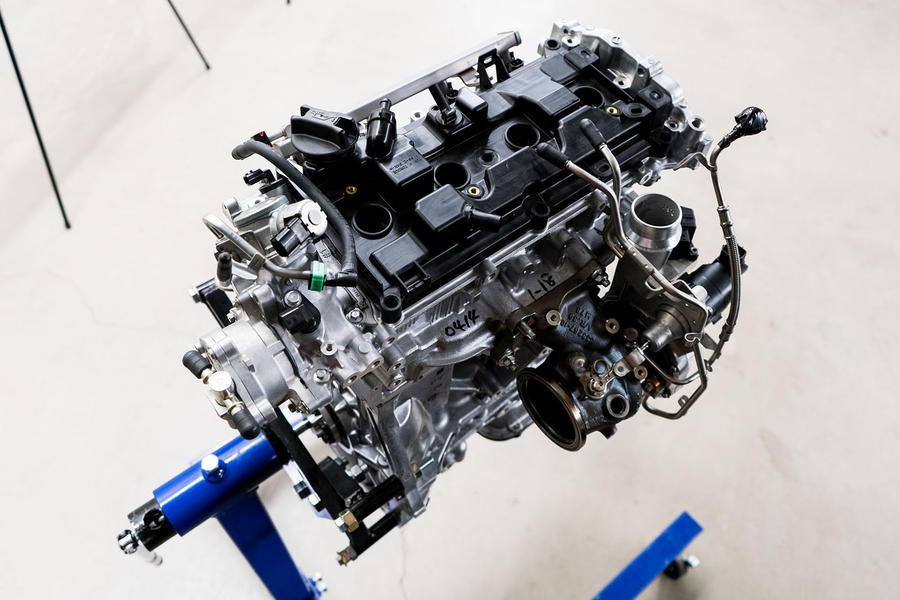 Most current petrol engines have a fixed compression ratio of around 10:1 or more, largely set to maximise fuel economy. But a variable compression ratio can alter as needed. That means it can operate highly compressed at low speeds for maximum efficiency, and with far lower compression at higher speeds, boosting the engine’s power.

The challenge of developing variable compression wasn’t just an engineering one. Nissan North America’s propulsion development boss, Chris Day, said: “Seven or eight years ago we were sure we could make it. Not only did we need modern mechanical engineering for all the parts, but also the computing power needed to test the engine on the computer.” 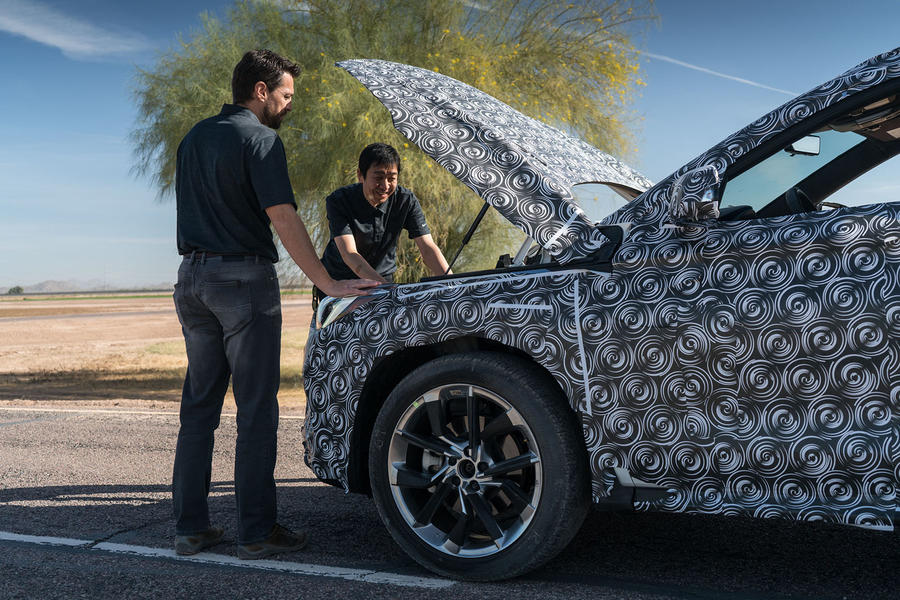 The 2.0-litre, four-cylinder VC-Turbo produces 268bhp and a maximum 380Nm of torque and will be the only engine offered in the QX50. Kiga says the unit reduces fuel consumption by around 25% compared to the firm’s similarly powerful V6 engine.

The QX50, and in particular the new engine, makes a good first impression on a test drive. We completed several laps of Nissan’s six-mile high-speed test oval in Arizona, and sampled it on slower endurance and handling sessions. 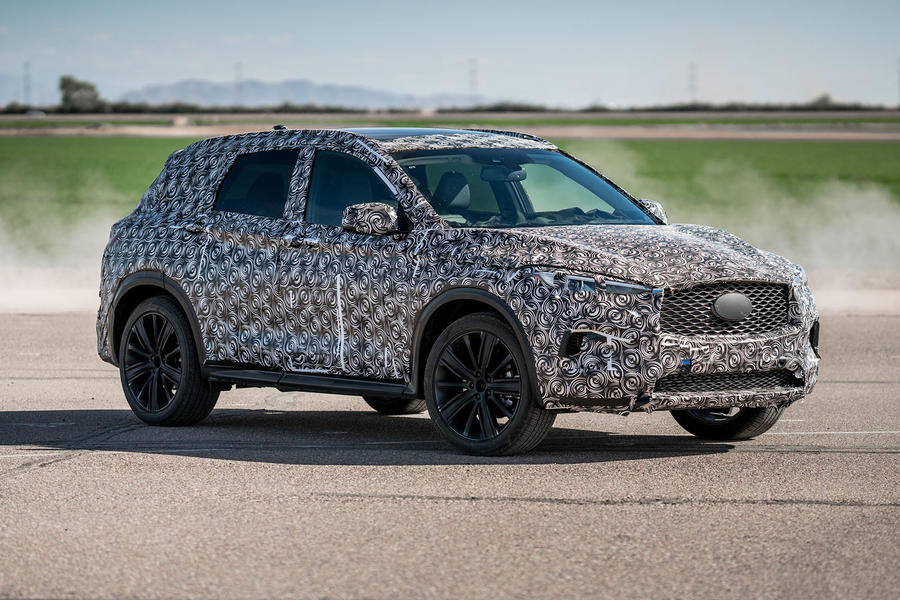 Despite having a CVT transmission fitted as standard, the all-wheel-drive car hands well on the throttle.

Impressively, you won't notice the variable compression switching, unless you’re looking at the small information display that displays the 8:1 and 14:1 status. When the combustion varies, the cylinder changes by up to six millimetres, which means a capacity of 1970-1997cc. The variable compression is achieved through a 0.15kw, 4000rpm electric motor that acts on the crankshaft. 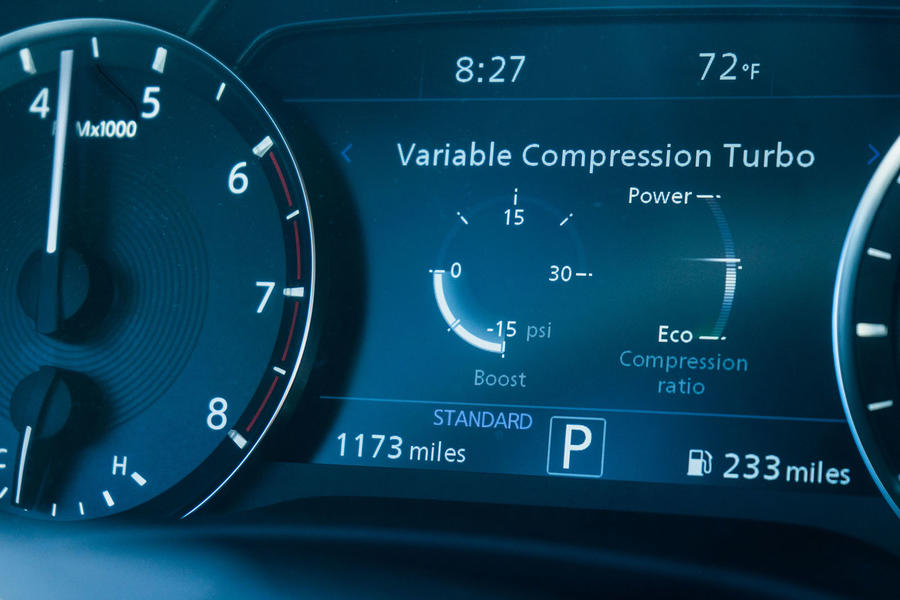 The QX50 will be officially launched at the Los Angeles motor show later this month, and is due to go on sale in the USA in early 2018, following by a European launch next autumn. It will initially be assembled at Nissan’s Mexican plant, with the VC-Turbo engines built in Japan. 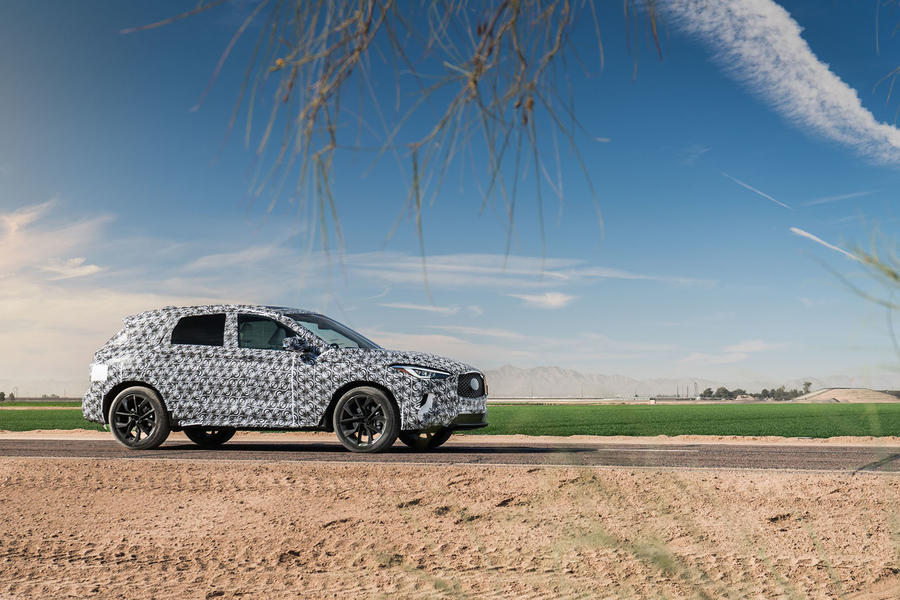 Insight: why Infiniti's new petrol engine could be the breakthrough the company needs

You say that "previously, Infiniti has attempted to make its models stand out through bold design".  I would say that most Infinitis are just plain ugly - I think its design language is one big turn-off, and under the disguise in the pictures here, this one doesn't promise to be any better.  That is probably why Infiniti can't even get close to Lexus for UK sales.  If it could offer some nice elegant styling that doesn't give every impression of trying too hard, sales might ensue.