BACK TO ALL NEWS
Currently reading: Gallery: the best of New Delhi motor show 2020
UP NEXT
Hope for Bloodhound LSR project as sponsor talks start again

The biennial New Delhi motor show is under way and packed full of debuts from the Indian market’s biggest players, including Maruti Suzuki, Tata, Mahindra and Hyundai.

The 2020 New Delhi Auto Expo hasn’t been immune for a series of no-shows from several major manufacturers, which has become a theme of motor shows around the world, but it does include a series of comebacks, relaunches and new entries to the market from the likes of Skoda, Volkswagen and MG Motor, as they see potential to grow in market that, some predict, could even double in size towards six million units per year by the end of the decade.

Read on for more on the show stars.

The Tata Sierra name has made a surprise return on a small electric SUV concept at the show. The original Sierra from the 1990s was the first SUV to be designed and produced in India and was exported. The new concept mirrors the original Sierra’s three-door layout yet the similarities end there. Overt concept features include one sliding side door and a glass canopy roof. However, there are no details on the EV powertrain or any word on its production chances. 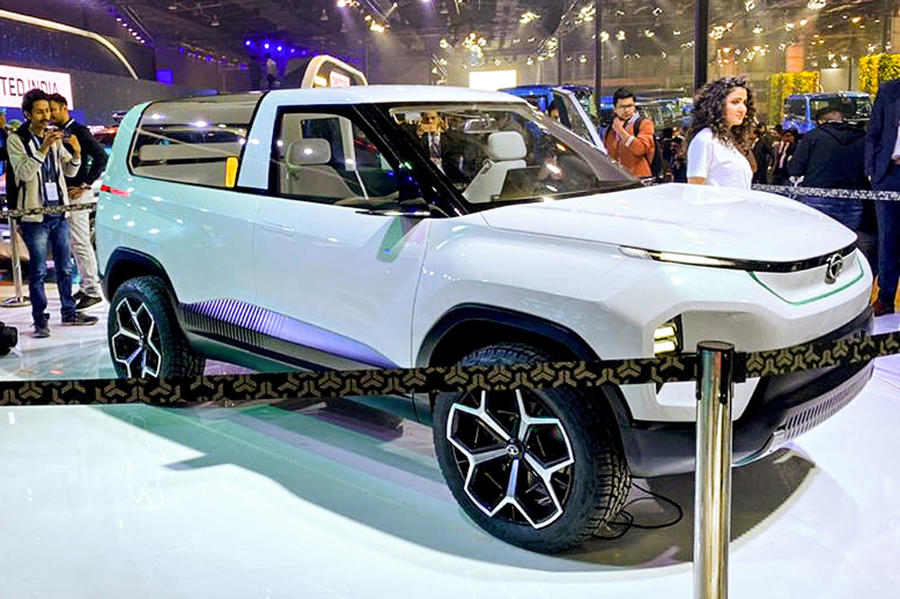 The Sonet is a new SUV that will enter production later this year as the firm’s smallest SUV. Previewed in concept form in Delhi today, the Sonet is a sister car to the Hyundai Venue, which was first revealed in New York last year. Kia is a relatively new entrant to the Indian market, whereas sibling brand Hyundai is second only to Maruti Suzuki in terms of market share and whose own Creta, an SUV that sits below the Kona in its global range, has been all-conquering as SUVs gain popularity in India. The second-generation Creta will be unveiled later in the week at the show. 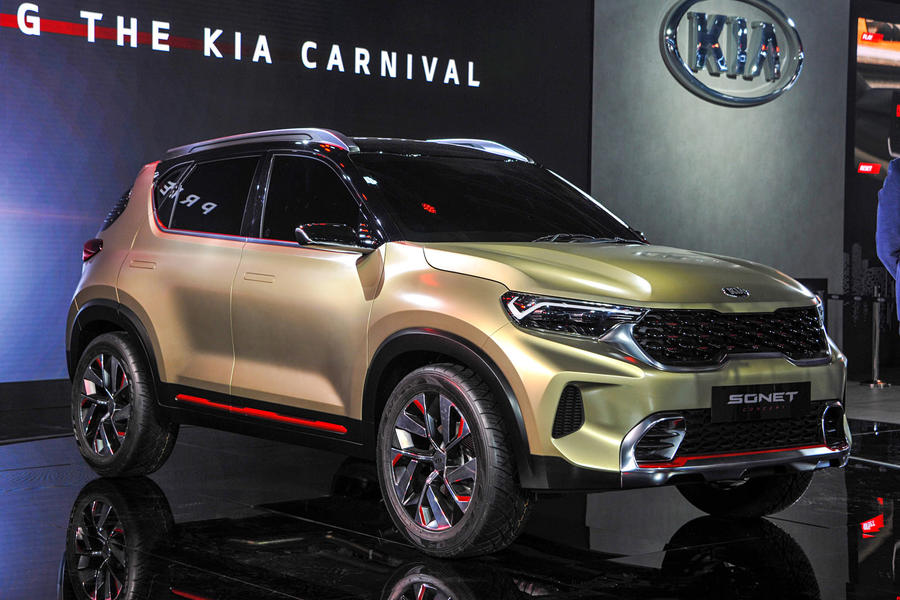 Skoda has announced ambitious plans to increase its sales almost eightfold in India over the next few years to 100,000 units and much of that success relies on how well the production version of its new Vision IN SUV is received. The Vision IN is underpinned by a locally tuned version of the MQB A0 platform that uses more than 90% of local parts as well as raised ground clearance to make it more suitable to India’s poor road conditions. Sales will start by the end of the year and it will be joined by a new notchback using shared underpinnings next year. 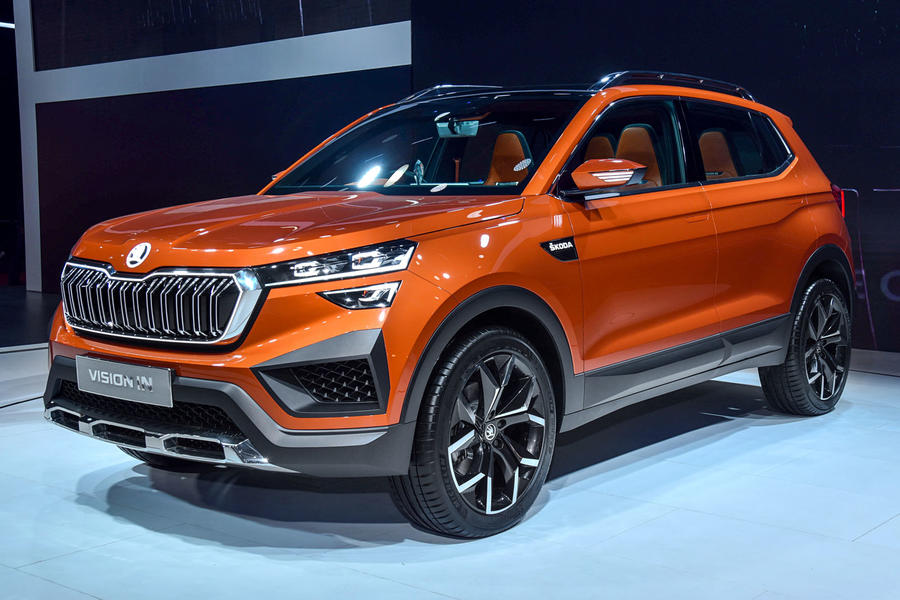 The Taigun, a name first used on concepts in 2012 and 2014 when it was based on the Up city car, finally makes production in 2020 but this time based on the MQB A0 platform as a sibling to the Skoda Vision IN. Like the Skoda, it will end up with a closely related notchback sharing its underpinnings. Intriguingly, Skoda is viewed as a more premium brand than VW in India and it is Skoda that has been chosen to be in charge of the Volkswagen Group’s operations in India. 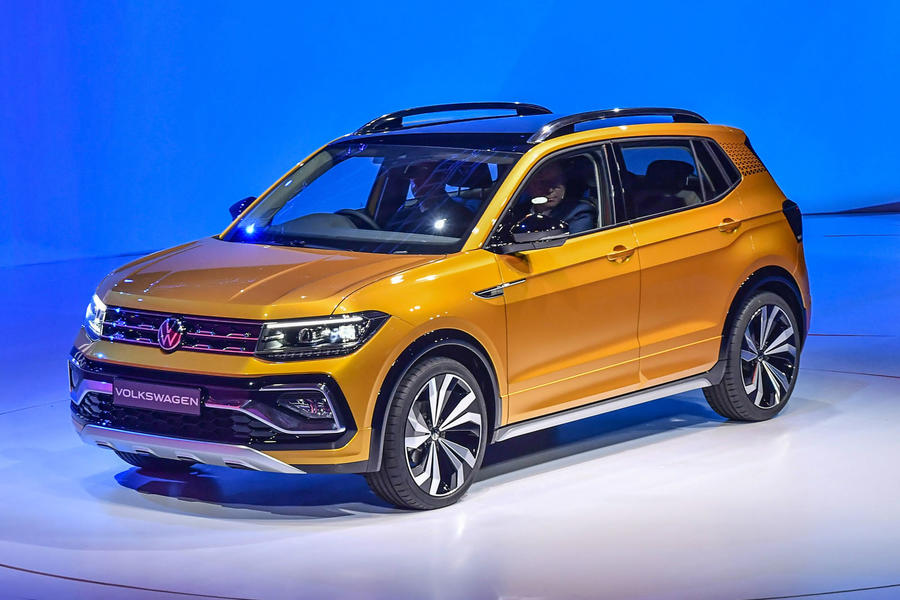 MG Motor’s vast show stand includes 14 models and marks the first time it has exhibited at the New Delhi motor show. Although a large proportion of the models may appear new, many are in fact rebadged versions of Roewe models already on sale in China. Parent firm SAIC has chosen MG to lead the charge in India. Among the ‘new’ MGs is a sleek electric SUV coupé called Marvel X. MG is also heavily emphasising its British roots on its show stand, with mock buildings next  to road sign names that include Oxford Street and Abbey Road. 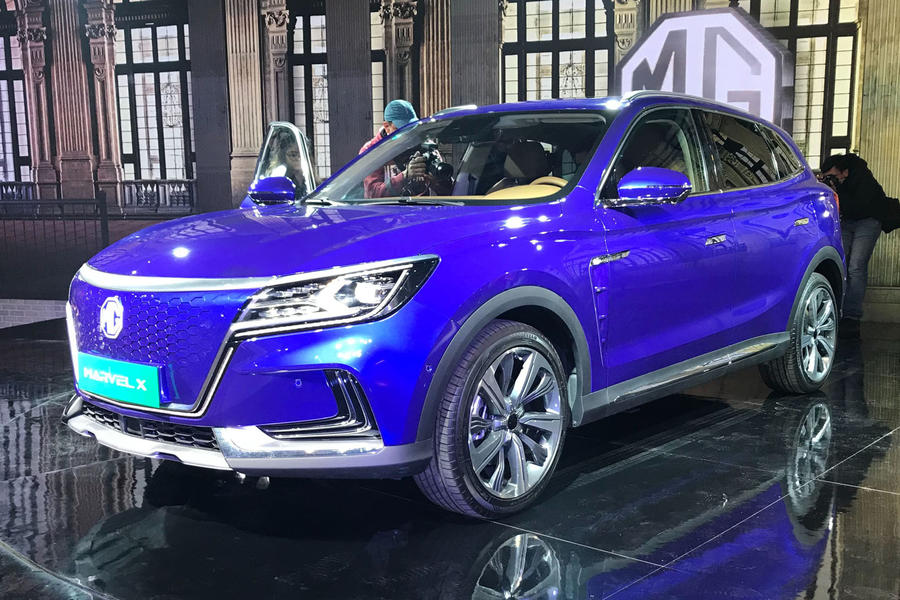 Great Wall’s Haval brand has become the largest in China for selling SUVs and now it is beginning exports to India. As such, Great Wall is making its New Delhi show debut in 2020. China’s best-selling SUV, the Haval H6, is among the Indian market debuts, alongside the smaller H4 that’s set to reach India in 2021. 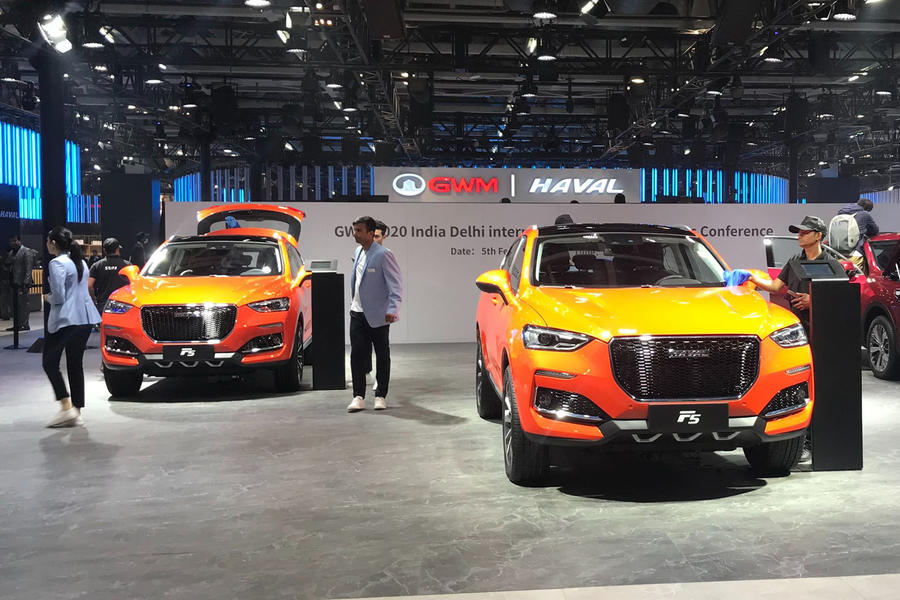 Maruti Suzuki enjoys just under 50% of the entire Indian market, a dominant position it has made the most of with a series of models that sit under India’s tax-friendly sub-4.0m threshold, as well as a vast dealer network to sell them. It hasn’t been quite as quick off the mark with SUVs as rivals such as Hyundai but it has shown plans to address that today with a new concept called Futuro-e that previews a new SUV model. The production version will be a Creta rival that will usher in a new design language for Maruti Suzuki models. 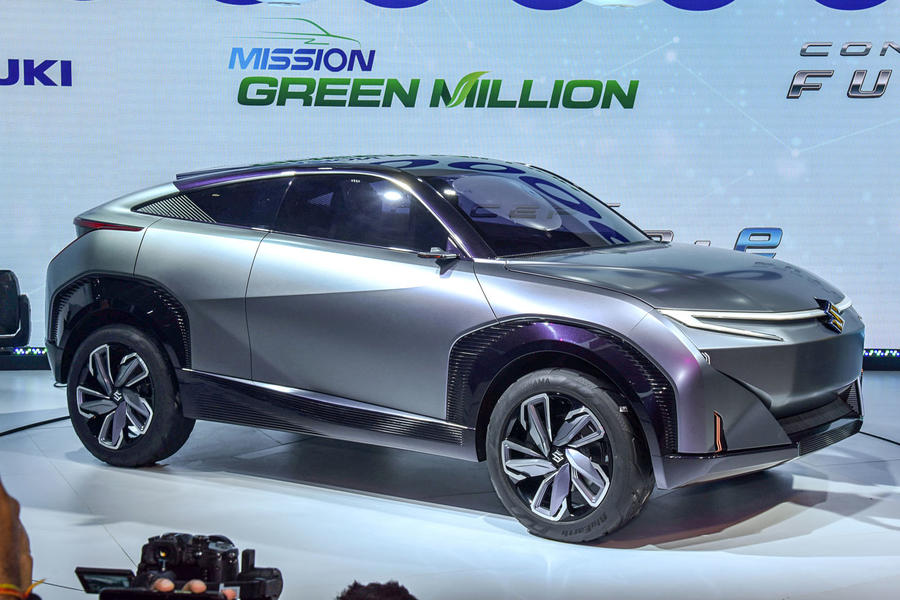 The Kwid is Renault’s low-cost micro-SUV for India and it is now set to spawn an electric version called K-ZE, which will first go on sale in China later this year. The range is claimed to be 155 miles from a 26.8kWh battery pack that powers the car via a 45bhp, 92lb ft electric motor. The KZ-E is expected to be assembled in India. 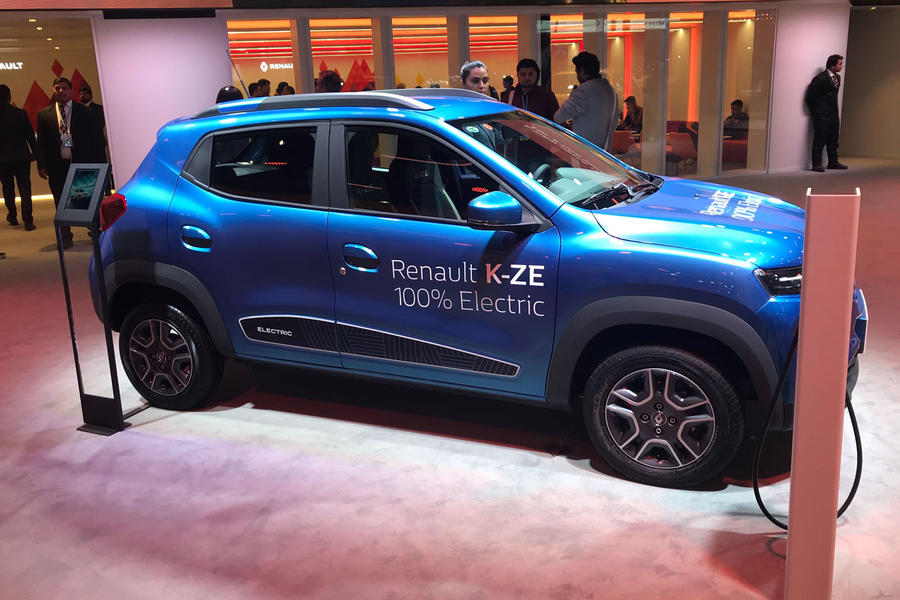 Mahindra has long been a pioneer of electric vehicles, and along with three new production vehicles, it is showing off a futuristic new concept car called Funster at the New Delhi show. The concept uses four electric motors, one for each wheel. 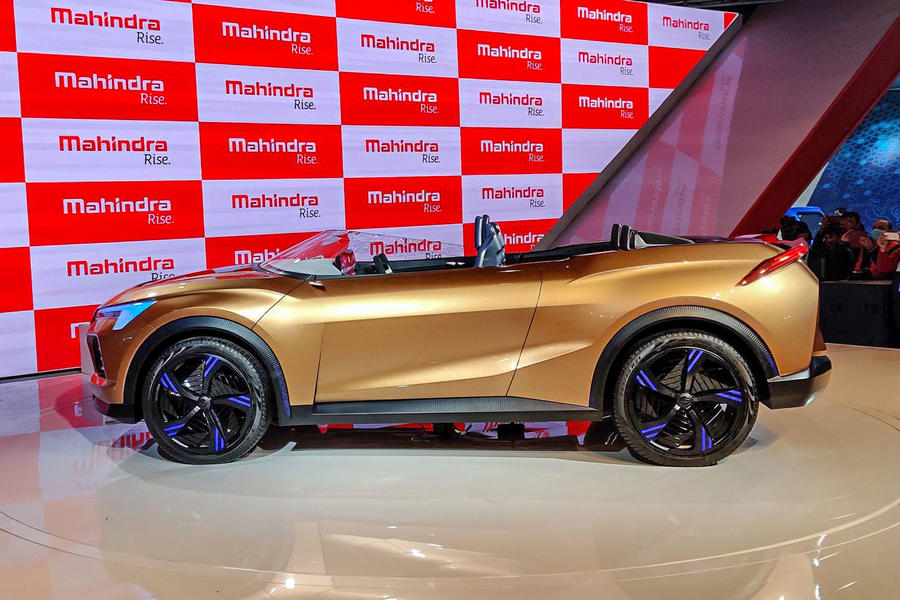 New Skoda Vision IN is bespoke SUV for Indian market​

Will third time be the charm for VW's Taigun?​

Love the look of the MG6,

Love the look of the MG6, should sell reasonably in the UK when it gets here, as well as the other new cars coming in the next 18-24 months which will more than double the range of cars, and should help triple annual sales. and by 2029 hopefully they should hit the 100,000 a year mark.