BACK TO ALL OPINION BLOGS
Currently reading: Will third time be the charm for VW's Taigun?
UP NEXT
Opinion: Vandoorne back on form as Formula E hit Monaco

Will third time be the charm for VW's Taigun?

The Volkswagen Taigun is a new SUV launched tonight in New Delhi and created especially for the Indian market.

It was also the name of a close-to-production concept car revealed in 2014 in the same city ahead of the same motor show, and due to go into production in 2016.

And it was originally the name of a concept car launched by VW in Brazil back in 2012 at the São Paulo motor show that first revealed plans for a new small SUV.

Before he was a global superstar, footballer Neymar was on hand to reveal that first Taigun alongside a new Gol (a Brazilian-built hatchback) – at a time when eve-of-motor-show VW Group gatherings included its top execs smoking cigars in a roped-off area when the formalities were over…

There are two key differences between today’s Taigun and the two before it (or three differences if you include an absence of cigars). First is that it will definitely be built – and will be made in India alongside a Skoda sister car launched with the Taigun tonight (although, confusingly, the Skoda is a concept car but one that will make production sooner…)

Second is the underpinnings. Both previous Taiguns were based on the Up, whereas this latest one is built on an Indian version of the MQB A0 platform that VW uses for its small cars. Unlike with the Up and its NSF platform, MQB A0 allows for more spacious small SUVs to be made; the second Taigun was pulled as it was considered just too small inside. 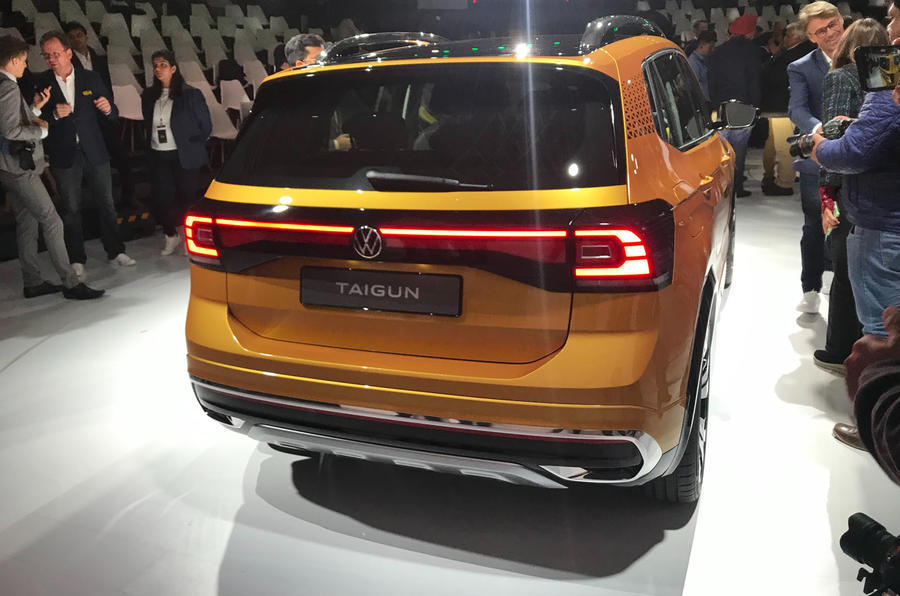 VW claims its MQB platform is the best in the world for its adaptability, and the breadth of cars it is able to underpin, from the likes of a small Indian SUV to VW’s flagship Arteon. Yet the previous failed attempts at Taiguns tell the story of VW not always getting it right when it comes to architectures and their flexibility.

The Up’s NSF platform stands for New Small Family, yet despite a series of concept cars that ran into double figures in the lead-up to the launch of the Up that were supposed to show a whole family, nothing more than the city car and its badge-engineered siblings from Skoda and Seat emerged.

Why so? Profitability, the descoping of the project once the Up concept’s rear-engined, rear-wheel-drive layout was abandoned for production, and those space concerns. And also, intriguingly, a much grander plan for NSF that relied on VW buying Fiat Chrysler Automobiles.

The Taigun is finally making production, but it’s taken far longer and changed more dramatically than anyone would have thought eight years ago in Brazil.

VW/VAG, the company that sunk the motoring industry as we knew it, I can't even think why I would want to read about their products any longer.

I suppose or we're told we need more choice, Ford we're doing it decades ago with the Capri, Cortina and Granada, so many color options, trim levels, Engines and so on, so, nothing has changed and VW are just filling an apparent gap in the car market.

Do we really have More Choice

At least VW still sell the Passat and Arteon, and Skoda the Octavia and Superb, which can be thought of as modern Cortina Granada pairs.

No Capri unless you count the Audi A5

So VW has the Tiguan, Taigun and Touareg, while Skoda has the Kamiq, Karoq and Kodiaq. How does the customer have the slightest clue which is which? I sometimes long for the days when you bought an Escort, a Cortina or a Granada.