BACK TO ALL NEWS
Currently reading: The stars behind the cars: why high-profile engineers are becoming famous
UP NEXT
New BMW XM is M-only, 740bhp hybrid SUV

The stars behind the cars: why high-profile engineers are becoming famous

Having been teased something rotten for so many years, the world’s nerds and geeks suddenly found themselves at the forefront of style and popular culture.

No longer was the computing swot – with his trademark thick-rimmed glasses and shiny forehead – the social outcast. In a dramatic role reversal, he was, all of a sudden, the cool kid.

It was back in 2013 that the phrase ‘geek chic’ first found its way into the Oxford English Dictionary. The definition – “the dress, appearance, and culture associated with computing and technology enthusiasts, regarded as stylish or fashionable” – neatly embodies the shifting of attitudes. Once considered to be awkward and uninteresting misfits, geeks were suddenly held in the very highest regard. As nerds, squids and dweebs everywhere set about enjoying their time in the spotlight, something unusual was brewing in the automotive world.

In hindsight, the ascension of our adenoidal computing enthusiasts actually makes a lot of sense. For one thing, as pointed out by a 2013 article in The Guardian: “The digital revolution elevated alpha nerds such as Steve Jobs and Bill Gates to unprecedented power and inf luence.”

And whereas many of us might once have been distrustful of new technology, the fact that we all found ourselves walking around with a quite brilliant piece of it in our trouser pockets will surely have made us all more receptive to it. Computer technology has come to form the very foundation of our day-to-day existence. Accordingly, the people behind the technology have become superstars.

Would it be too much of a stretch to declare scientists, computer programmers and engineers the new rock stars? Perhaps, but there’s certainly less clear air between the two groups now. You need only consider the vast public profiles enjoyed by two of today’s geeks-in-chief – physicist professor Brian Cox and Tesla and SpaceX founder Elon Musk – to see that nerds no longer lurk nervously in the shadows.

But how does any of this relate to the car world? Well, exactly the same thing has happened. We have come to venerate our large-foreheaded brethren – engineers to you and me – more than ever before. In fact, we’ve witnessed the emergence of a new generation of celebrity car engineer. Yep, the guy who signs off the 911 GT3’s camber angle is now famous (well, he is among people who have a passionate interest in very fast cars).

It’s true, of course, that there have been automotive engineering folk who’ve been very well known since the earliest days of the motor car. Charles Rolls and Sir Henry Royce, for instance, were very famous in their day, but they were much better known as the founders of their great marque than strictly as engineers. The same is true of Enzo Ferrari and Ferruccio Lamborghini. The small band of individuals I present to you here, on the other hand, are but employees.

You’ll know Andreas Preuninger as the boss of Porsche’s Motorsport division, and recognise Tobias Moers as the chap from Mercedes-AMG. 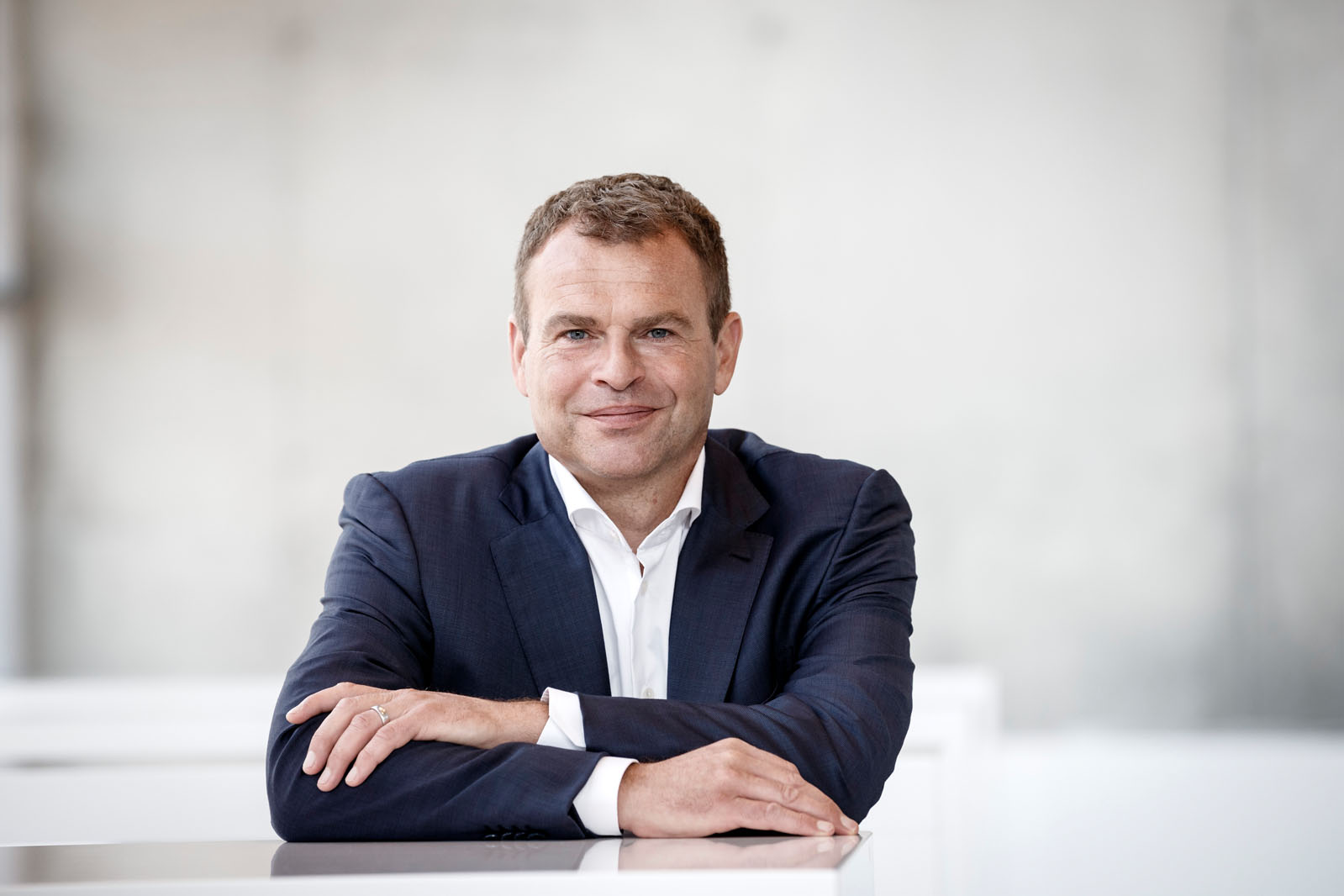 Matt Becker, of course, is the guy who helped forge Lotus’s reputation for handling excellence – he’s hurriedly doing the same for Aston Martin today – while Albert Biermann is the former BMW M man who’s now plying his trade at Kia and Hyundai.

In a society that has come to idolise its boffins, Preuninger, Moers, Becker, Biermann and others, too, have seen their profiles increase. Okay, they aren’t exactly at risk of being swamped by adoring fans at the supermarket but, if you spotted one of them reaching for the Bran Flakes in the cereal aisle, you would at least do a double-take.

There is a distinction here, incidentally, between the likes of Preuninger and Moers – strictly employees of road car businesses – and engineering titans Gordon Murray and Adrian Newey (more of whom in a moment). The latter two are, of course, motorsport engineers first and foremost. They made their names in racing and subsequently moved into road cars.

It wasn’t just our new-found geek-appreciation that has made them so recognisable. They were pushed into the limelight by the manufacturers they represent too. These guys aren’t merely engineers any more; they’re ambassadors. And as the motoring press reaches an ever bigger audience through digital publishing, social media and YouTube, their faces and voices become familiar to more people than ever before. And so it is that a small number of automotive engineers are, in a very particular way, celebrities.

As it happens, this phenomenon isn’t necessarily a new one. Perhaps the very first automotive engineering employee to transcend his position was Rudolf Uhlenhaut, who oversaw Mercedes’ racing and high-performance road car activities between the 1930s and 1950s (and who, as legend has it, was faster during some grand prix car development sessions than one JM Fangio). Since Uhlenhaut, we’ve had Lamborghini’s Valentino Balboni and Ferrari’s Dario Benuzzi, who were perhaps better known as test drivers.

So why do manufacturers choose to make famous faces of their top engineers? “It’s because engineers are cool now,” says Aston’s marketing chief, Simon Sproule. “Some of these guys carry with them a reputation and credibility. That’s worth a lot to car companies. In fact, for a performance car manufacturer like Aston Martin, it’s super-important.” By leveraging Becker and his cast-iron credibility, be it in the press or in its own promotional material, Aston can demonstrate that its cars are as much about substance as style.

“Look at the Valkyrie programme,” adds Sproule. “It’s the ultimate example of the theory. Here is a car that is being designed by Adrian Newey and will be test-driven by Matt Becker and our new recruit, Chris Goodwin. On top of that, it’ll also be tested by Red Bull Racing drivers Daniel Ricciardo and Max Verstappen. Every one of those guys has a huge amount of credibility.”

In the end, then, the celebrity car engineer is just another weapon in the PR arms race. They are the nerdiest, geekiest, most swotty car guys of us all, and I can think of no higher praise than that.

Having headed Porsche’s high-performance Motorsport division for almost two decades, ‘Mr GT3’ is the definitive celebrity car engineer. Appropriately enough, he had a poster of a 911 2.7 Carrera RS on his bedroom wall as a boy.

A car guy through and through, Preuninger’s enthusiasm for even the tiniest of details is infectious. It isn’t at all unusual to find yourself discussing GT3 RS damper settings over dinner with him for the full duration of the main course. 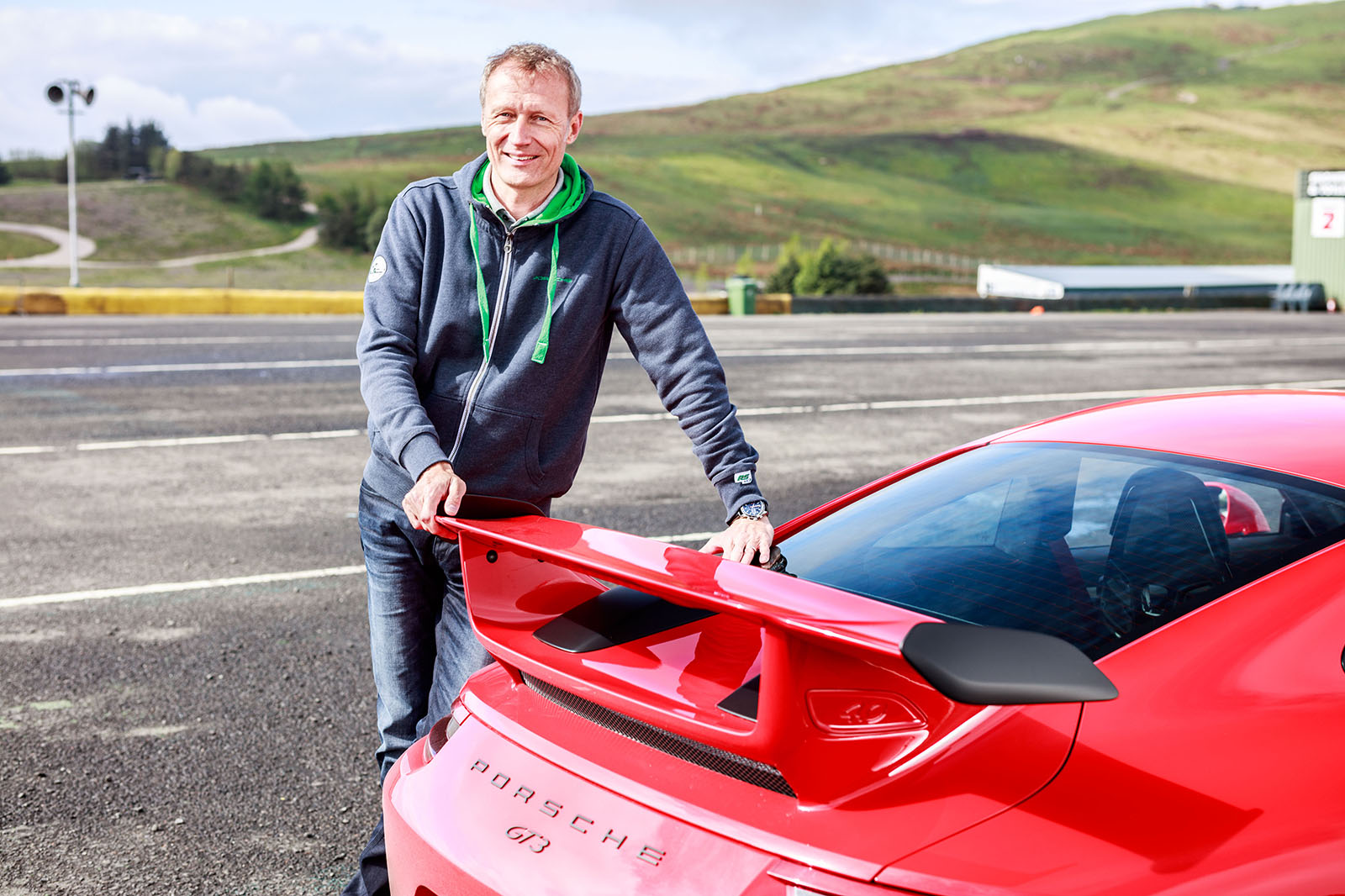 Formerly the boss of BMW’s M division, now the engineering chief at Hyundai and Kia. Once made me look very silly in front of my colleagues by bounding over to award me a ‘trophy’ for some unimportant achievement. It was actually a bottle of fruit juice.

Embarrassing for me, but it demonstrated a point. Biermann, like most high-profile car engineers, isn’t just a robotic numbers man. He has a very funny human side to him too. 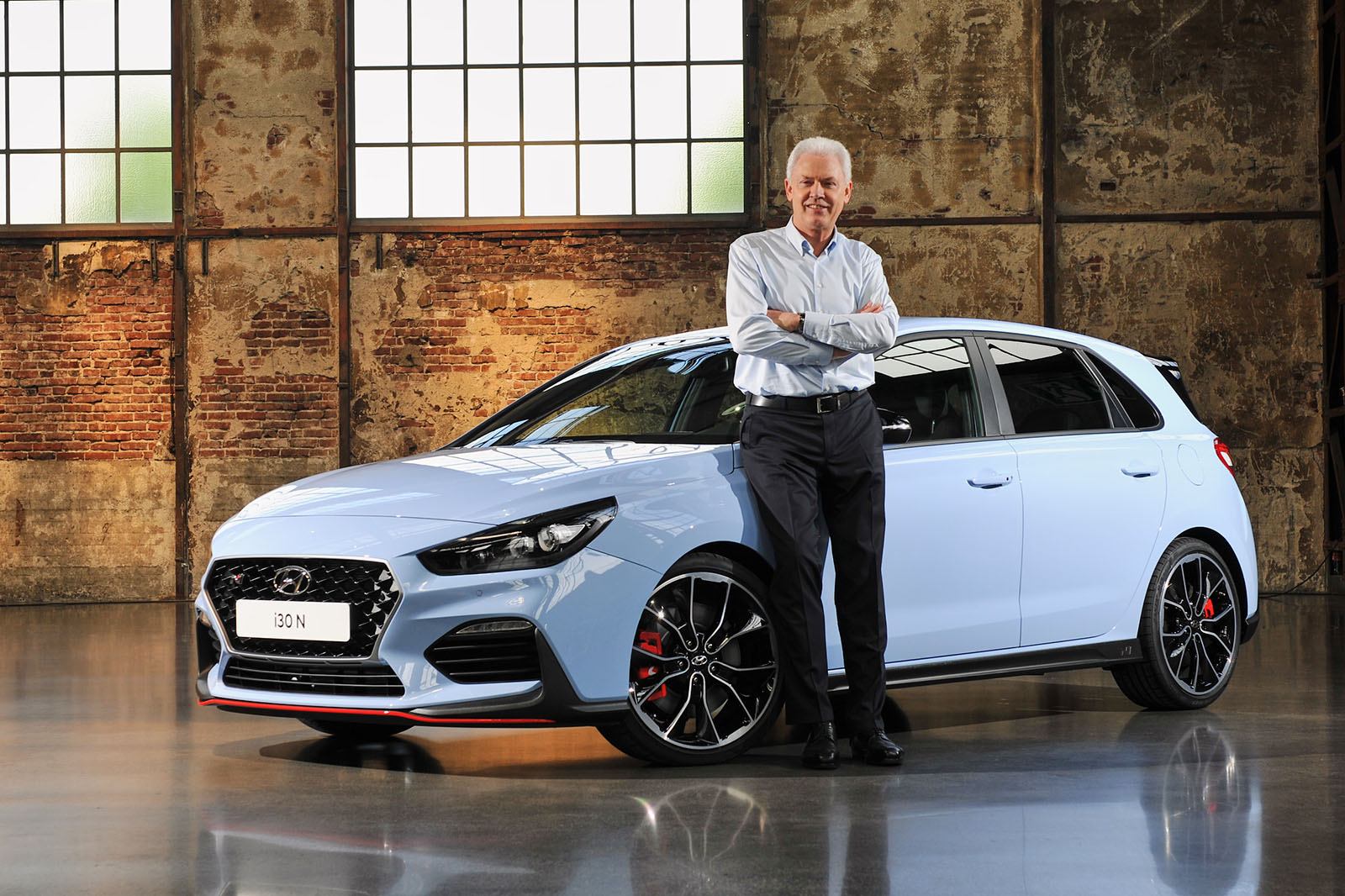 Having been responsible for vehicle dynamics at Lotus for many years, Becker took up a similar role at Aston Martin in 2015. The first car developed entirely under his stewardship, the DB11 V8, is a show-stopper.

Becker is one of the few people capable of making a 118bhp Lotus Elise powerslide like a 600bhp BMW M5. How fast is he? When Kimi Räikkönen visited the Hethel test track several years ago, Becker’s lap record remained intact. 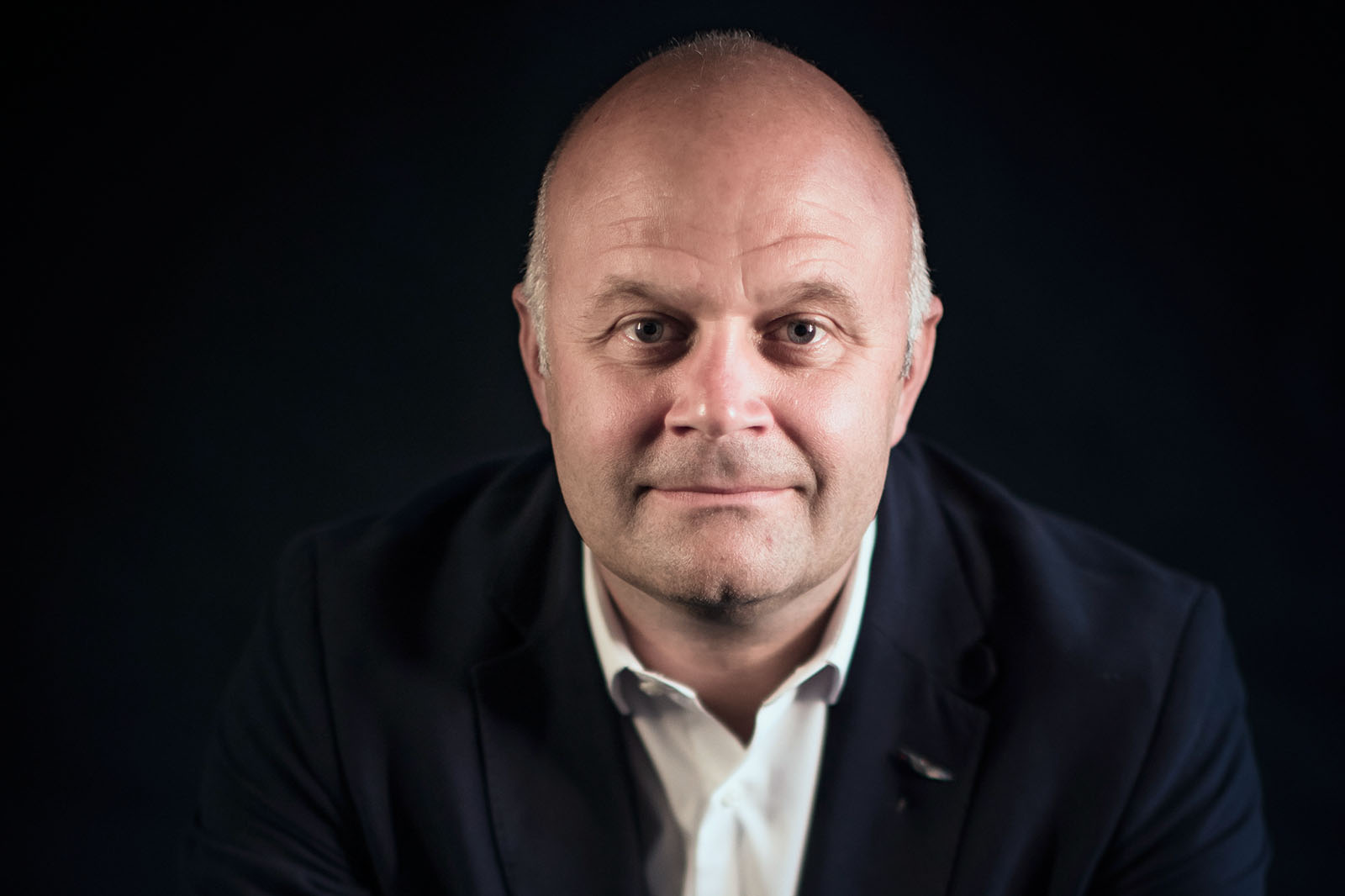 Ask Mercedes-AMG boss Moers a question he doesn’t want to answer and he’ll reply with a grunt, or maybe just a steely glare. But ask the right one and he’ll tell you everything you want to know, much to the annoyance of his PR minder.

Characterised by a very low tolerance for corporate nonsense, it was Moers’ idea to put the multi-championship-winning power unit from Lewis Hamilton’s Formula 1 car into the road- going Project One hypercar.

etc, etc There is a difference between fettlers and those who made game changing engineering breakthroughs and founded companies  that long outlived their engineering creators.

Nice to read a long opinion

Nice to read a long opinion piece from you Dan but it’s a load of nonsense. Engineers did not suddenly become ‘cool’, and in other countries like Germany they get more respect. It is only in UK / USA that banking, advertising and other service industries became the only things that people care about.

Belatedly, people are starting to realise that economies need manufacturing too.

It is quite telling that you do not distinguish between Royce the engineer and Rolls the salesman.

Surely Colin Chapman more than anyone else "forge(d) Lotus’s reputation for handling excellence" and why no mention of Sir Alec Issigonis famed as the inventor of the Mini and a long time favourite of the British general press as well as specialist motoring pres.

Surely Colin Chapman more than anyone else "forge(d) Lotus’s reputation for handling excellence" and why no mention of Sir Alec Issigonis famed as the inventor of the Mini and a long time favourite of the British general press as well as specialist motoring pres.

Worthy names but I think the article focuses on contemporary names. Just reading the title on the front page my thoughts went to Preuninger and Moers - precisely the point of the article, that today’s engineers achieve fame during their career more so than previous generations of engineers whose brilliance is more acknowledged later on.

Surely Richard Parry-Jones of Ford deserves a mention ? Focus mk.1 was a revelation thanks to him...
Lanehogger 18 March 2018

Surely Richard Parry-Jones of Ford deserves a mention ? Focus mk.1 was a revelation thanks to him...

I agree, RPJ was part of the Ford era that saw them transform the way their cars drove, from frankly rubbish or average to often class leaders. Starting off with the Mondeo Mk 1 through to many Fords since then, while the Mk1 Focus was probably the most dynamically complete the car its class has ever seen. Or that may in fact be the Mk 2 (European) Focus, but still, both were superb.