BACK TO ALL NEWS
Currently reading: Fully autonomous Volkswagen vehicles due on roads from 2021
UP NEXT
New Ferrari Omologata revealed as one-off V12 supercar

Fully autonomous Volkswagen vehicles due on roads from 2021

VW's aim is to make up ground on Google’s Waymo operation, which has plans in place for a driverless service in Phoenix, Arizona later this year
Share
Open gallery
Close
Share story

Volkswagen’s driverless car technology is on course to be launched in 2021 with Level 4/5 capability (requiring no attention from the driver), most likely on a fleet of Transporter-type minibuses in the US.

The German company's chief digital officer, Johann Jungwirth, is moving to San Francisco, California, to establish the operation, which will offer a fleet “of many vehicles” and is likely to operate under the Moia banner.

The aim is to make up ground on Google’s Waymo operation, which has pledged to introduce a fleet of self-driving Chrysler Pacifica MPVs in Phoenix, Arizona later this year. 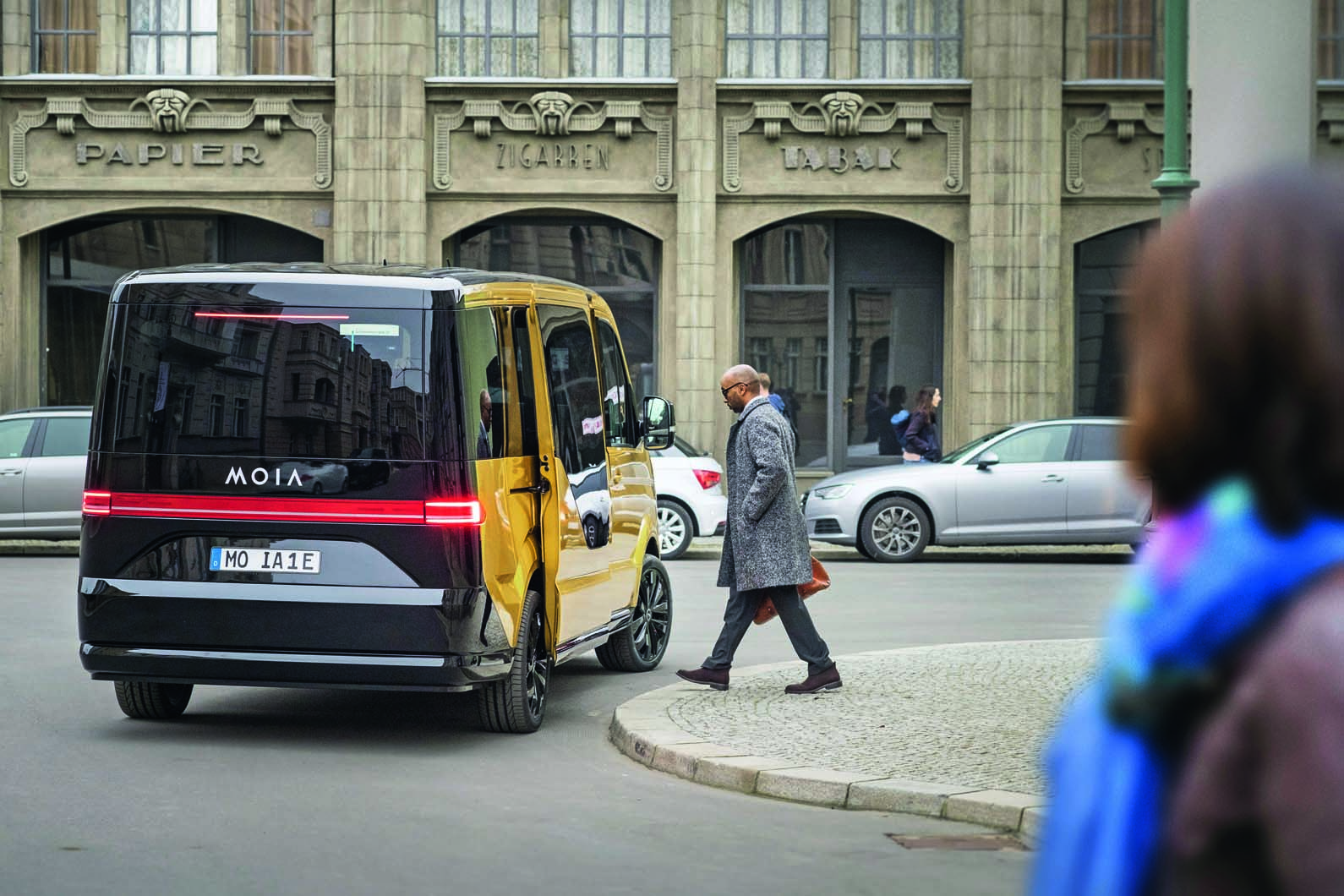 Jungwirth acknowledges Waymo as “the best advanced of anyone on self-driving technology”.

His return to Silicon Valley had been misinterpreted as him leaving Volkswagen altogether, but he recently confirmed to Autocar that he was staying with the brand to implement “mobility solutions”.

“We have completed the development stage. Now it’s time to set up a real mobility operation, and I’m moving there to do that,” Jungwirth said.

The vehicles on Moia’s fleet haven’t yet been confirmed, but the cost of equipping a vehicle in the early stages of the technology can only be borne by a fleet vehicle, such as a T5 van or possibly the Budd-e concept, based on the upcoming ID electric hatchback. As parts costs drop in the following decades, the tech can trickle down to private-buyer vehicles. 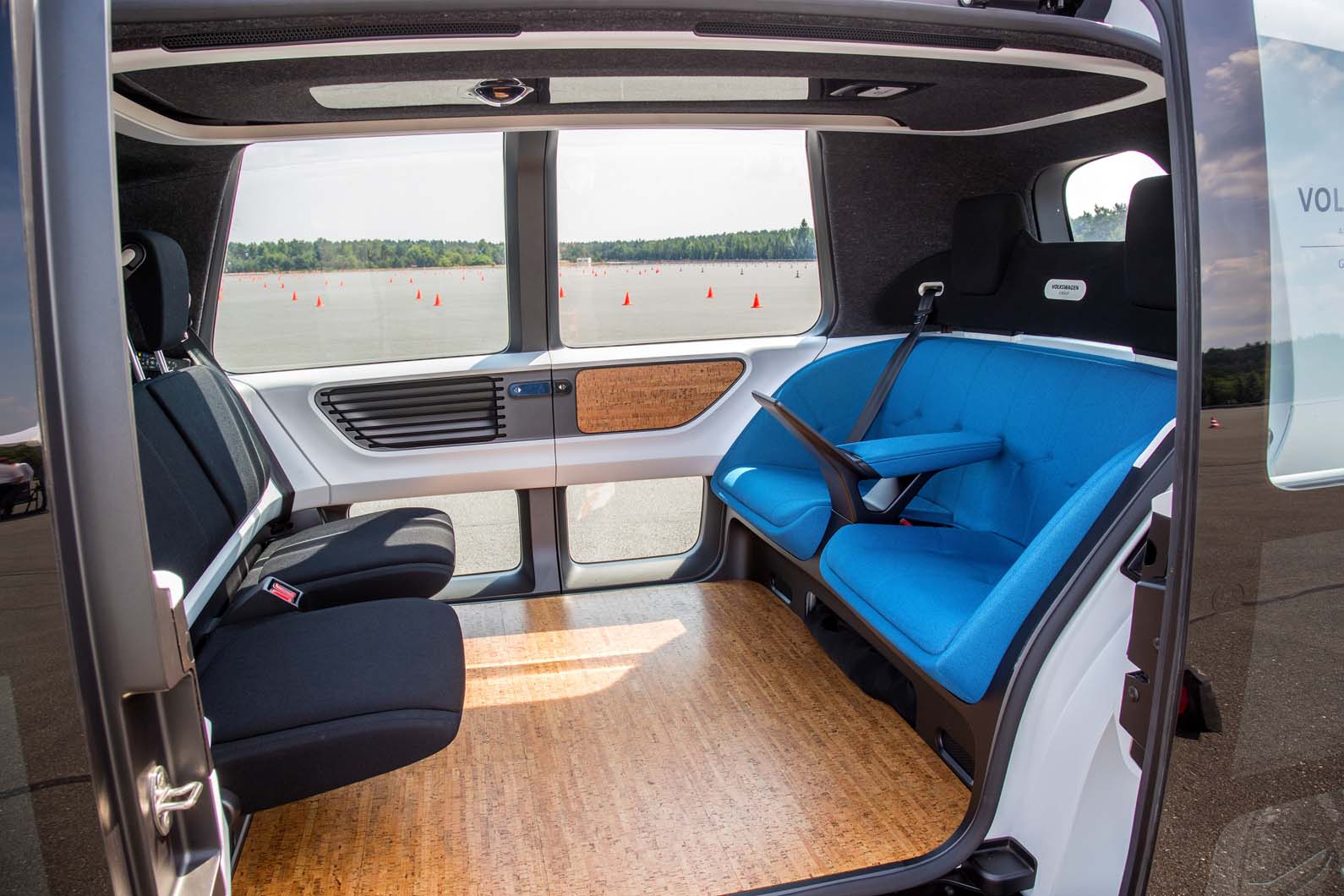 “The cost per vehicle is likely to be around $10k-$15k (about £7-£11k) extra in the early stages. That can be justified only for business users,” said Jungwirth.

Adding self-driving technology to Level 4/5 on a fleet vehicle can be offset by the money saved by not having to employ drivers.

Volkswagen has demonstrated its Sedric pod, which is slated for launch after 2023, together with several aspects of its Level 4/5 technology. Two project milestones are due this September for the Sedric project: proof of concept and a user study into the interior and exterior, including the human-machine interface (HMI). 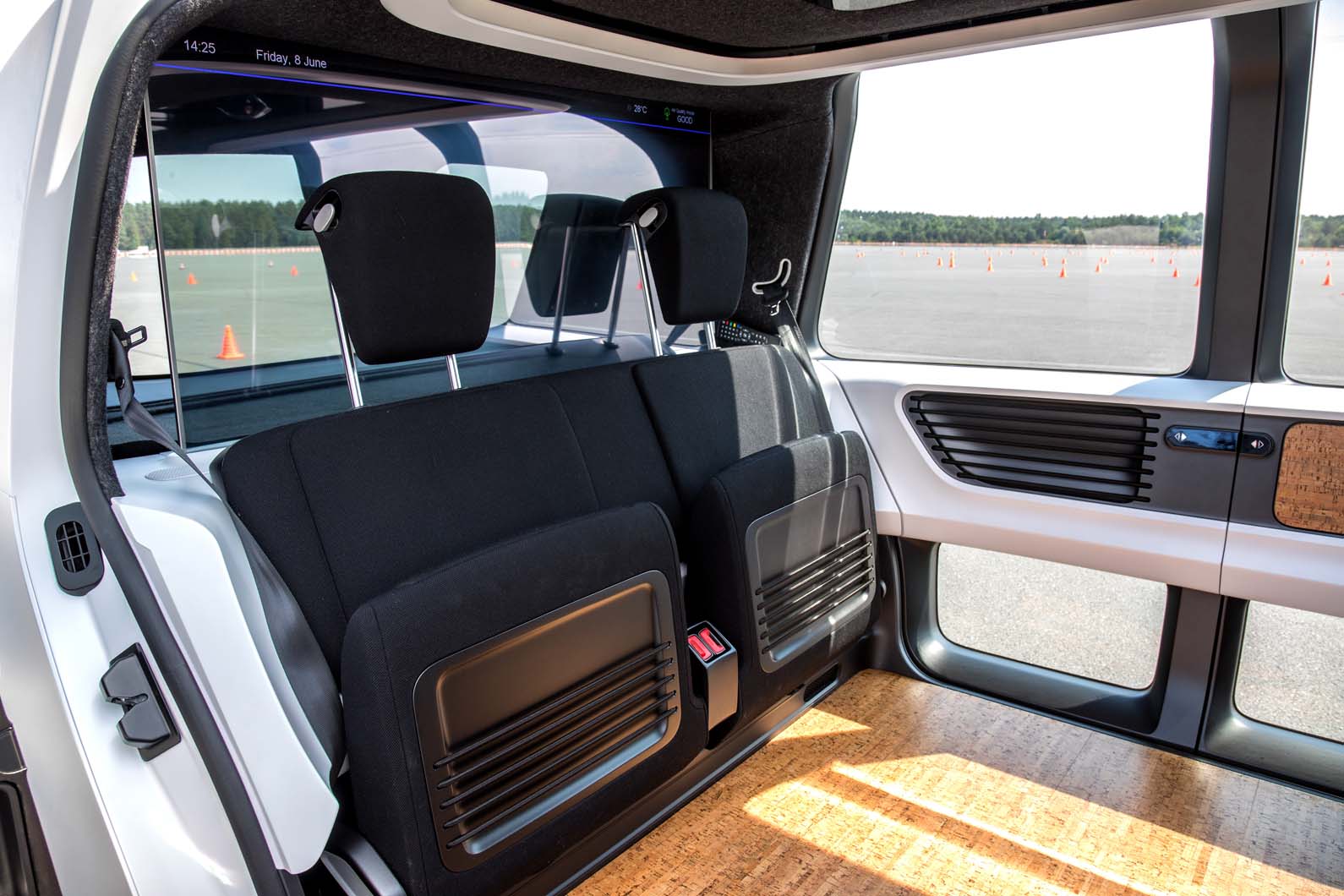 In-car control is by a neural network computer, which, despite being compact, is powerful enough to process up to 20TB of data per day.

Significant work is going into calibrating the forward-facing camera as the ‘eyes’ of the self-driving technology to recognise pedestrians and be capable of stopping on zebra crossings, for example, or predicting if a pedestrian will suddenly step into the road.

Riding in the car of the future:

Drama-free, smooth riding and a new concept in travel are three descriptions of Autocar’s very brief ride, four-up, in a Sedric self-driving pod.

Based on the chassis of an e-Golf, this prototype Sedric smoothly negotiated a very short, flat course on a perfectly smooth track, taking a series of wide S-bends at no more than 30kmh (18.6mph). It generally steered with a line closer to the left lane of cones but in some corners took an unnaturally wide line, unnecessarily steering towards the middle of the lane before tightening again.

Compared with the Gateway Pod that Autocar recently rode in, the Sedric is more convincing as a consumer product, with good rolling and powertrain refinement. 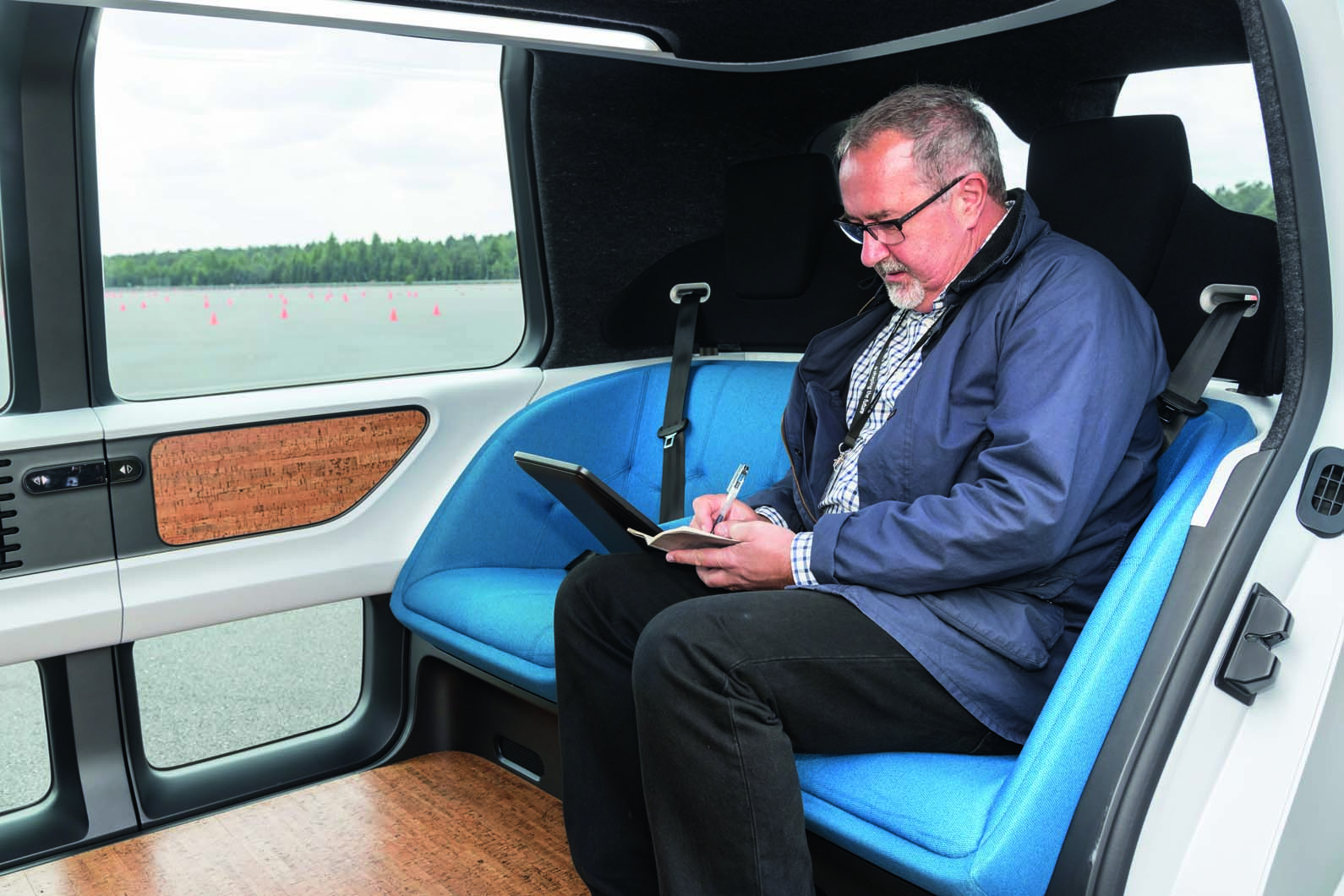 However, the Gateway pod was demonstrated in much tougher, real-traffic conditions that put its sensing system under much more duress.

Our ride in the Sedric told us nothing about how the vehicle will deal with conflicts with pedestrians, for example, or manoeuvre in confined spaces - the real test of a self-driving system.

Although the Sedric is driverless, its occupants start it, by pressing a button mounted on a control panel, and enter the route on a tablet fitted between the two rear seats. The Sedric will not move off if occupants aren't wearing a seatbelt.

The unique view forward is through a clever transparent OLED screen that displays the route, although adverts or a paired smartphone could display screen content in a bigger scale.

“The details of this HMI are still to be finalised. There are many ideas”, a Volkswagen representative said.