BACK TO ALL NEWS
Currently reading: Analysis: How veganism is changing the car industry
UP NEXT
Hope for Bloodhound LSR project as sponsor talks start again

Analysis: How veganism is changing the car industry

Could a vegan steak bake change the car industry? It might sound tenuous, but the phenomenal success of the unlikely offering from Greggs, along with myriad other vegan products from national chains that have been rolled out for ‘Veganuary’ this month, demonstrate that catering to the growing demand for animal-free products is big business.

The growing interest in veganism is driven by animal welfare, health and environmental concerns. It’s not just about eating only plant-based food but entirely avoiding using animal-based products – such as leather upholstery in cars.

Leather has long been used as a luxury material for car interiors – and it remains a popular choice among many. But the past few years have seen a major push by premium car firms to develop vegan leather alternatives, with some firms in the process of phasing out leather options entirely. 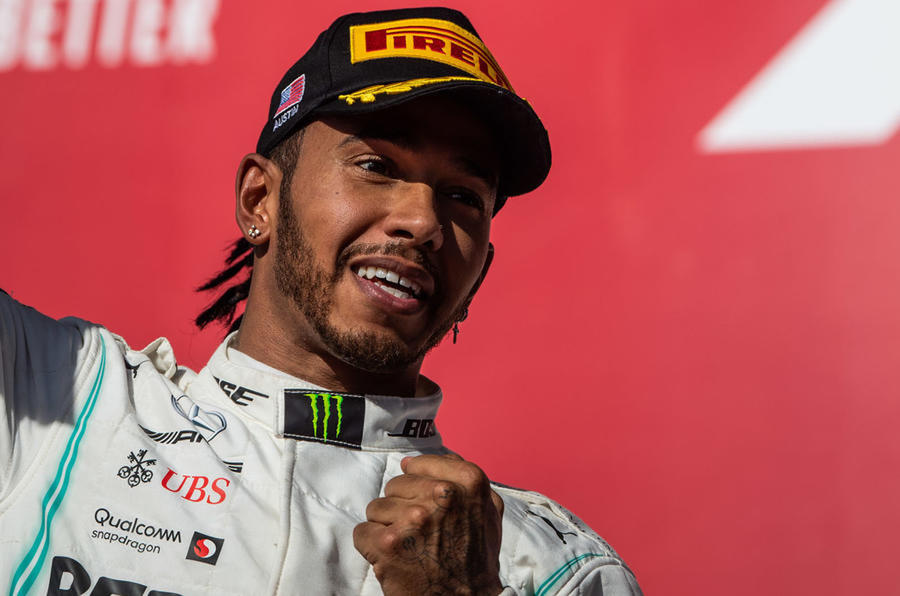 Yvonne Taylor, the director of corporate projects for animal rights organisation People for the Ethical Treatment of Animals (PETA), told Autocar that, compared to industries such as fast food, fashion, aviation and hospitality, the car industry “has been slower to capitalise on the demand for vegan products”, adding: “this is ironic, given that many of the biggest companies has been using vegan leather for its high quality and durability for years.”

Taylor wants car firms to offer entirely vegan interior options for every model, saying that leather isn’t a byproduct of the meat industry, as many people think, but a “global, $100 billion-a-year industry that slaughters more than one billion cows, sheep, goats and pigs [annually].”

According to Taylor, a PETA investigation into cattle ranchers in Brazil who supply leather producers that sell producs to car firms, found evidence of factory farming, extreme crowding and animal cruelty.

For the car firms, it’s been a question of market demand: Mercedes says that leather remains the most popular choice for upholstery in its cars, although it is developing new vegan leather alternatives. And other premium firms are reacting to the change in consumer demand, too.

Land Rover has been one of the leaders in this area, working with partners on a range of non-leather fabrics: the Evoque and Velar are offered with a premium wool-polyester blend from Kvadrat, a synthetic suede by Miko and a eucalyptus fibre textile. In a recent interview, Land Rover’s chief colours and materials designer Amy Fascella said: “Premium car customers still love luxury, but they’re also dialling back the consumerism and doing some good if they can.”

Tesla has phased out the use of leather entirely from its upholstery options, in part because of pressure brought by PETA after it bought shares in the California-based EV maker. And Volvo’s new sister brand Polestar will offer only leather-free interiors, using a water-based PVC material called Weavetech that was developed in-house. Polestar boss Thomas Ingenlath says it demonstrates that “our care for the environment goes beyond the electric drivetrain”, with the aim to “promote and accelerate the shift of the car industry towards leather-free interiors.”

The drive by the car industry towards reducing carbon emissions is also prompting a move away from leather - and that's partly why the forthcoming Volkswagen ID 3 and Ford Mustang Mach-E EVs will use only animal-free materials.

Taylor says the production of animal-derived materials such as leather is “as toxic to the Earth as it is cruel to animals.” Indeed, the UN estimates animal agriculture – including the leather and wool industries – creates 14.5% of global greenhouse gas emissions.

Taylor refers to cattle and sheep as “the Humvees of the animal kingdom”, due to the volume of methane they produce, and adds that turning animal skin into leather involves using environmentally harmful toxic materials.

The leather industry believes its product has a strong and necessary future, however.

The director of Leather UK, Dr Kerry Senior, said: “The reality is that more than 90% of the world’s population eat meat, and that consumption is rising. While this is the case, more than seven million tonnes of hides and skins will be produced every year, which will need to be dealt with. The most efficient and elegant solution to that problem is the production of leather. Leather is unarguably a byproduct of the meat industry.”

He also pointed out that vegan alternatives to leather all use synthetic chemicals themselves in their production.

The challenge for car firms is finding premium materials that they can produce in volume and that feel similar to and can be as durable as leather over potentially a decade or more of hard use in a car. To test its Weavetech fabric, Polestar artificially aged it for 6000 hours, including submerging it in a ‘boiling water-like environment’ for four weeks.

With demand for leather remaining strong, the car industry is unlikely to stop offering such interiors in the immediate future – just as Greggs still sells real steak bakes. But as demand for vegan and similar ethical products grows, car firms will be keen to stake a claim on that business.

The future of vegan leather 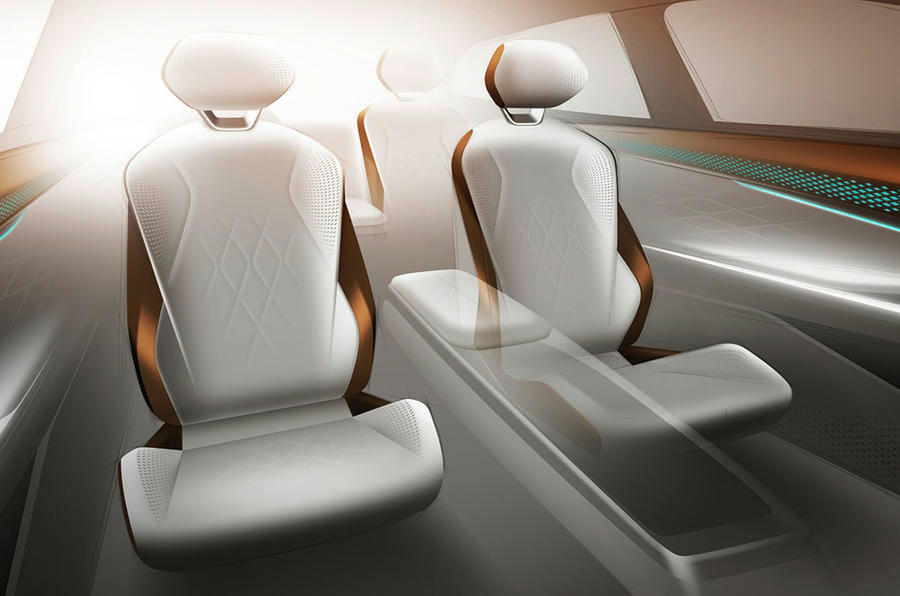 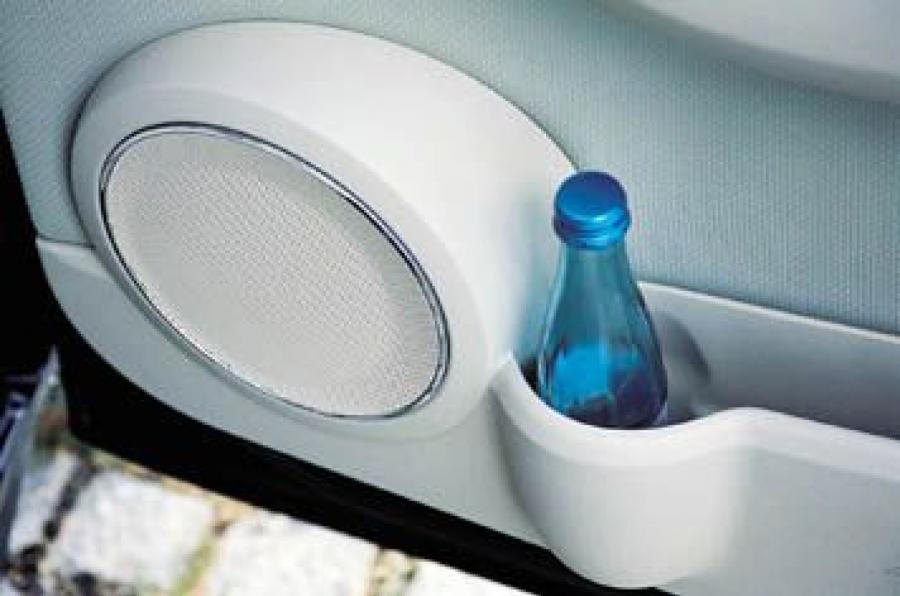 Mercedes-Benz Vision AVTR - recycled bottles: The futuristic Vision AVTR features Dinamica microfibre, a material made from old clothing, plastic bottles and flags. Similar fabrics are already in use in some production cars, including a number of Volvos and the new Renault Zoe.

289, youve missed the point and proved mine in your respoonse - "Chauffeur style Limo's optioned Bedford Cloth in the rear for extra comfort, both for coolness and lack of slip." exactly, cloth is the LUXURY option, leather or PVC are the hose down wipe clean water proof options, they are not luxurious, they are hard, cold but practical and can be wiped clean. And "The love affair with leather has" not "continued since", it was started in the 90s and as I said, its all down to marketing. Its a bit like the "piano black" plastic - once, shiny black pastic was cheap low end, low quality, now its marketed as high end. The public are so gullible.

The funny thing is theres

The funny thing is theres nothing "luxurious" about leather, its simply what they used to use before PVC was invented, some clever marketing oik trying to get rid of the waste products of the beef industry promoted it as a "luxury" item and the gulible public (as usual) has fallen for it ever since. Wool velour, some sort of nice cloth, these are luxury seat facings, leather and pvc are what you use if you want wipe clean/hose down utilitarian surfaces.

Hmm, no one has mentioned that people buying premium product like the smell of leather as well as the feel of it.
No one has yet managed to make plastic seats smell of leather.....although the Japanese have managed to make Leather seats smell cheap an 'British Leyland' like.....quite a trick!
This has nothing to do with 'clever marketing'. Leather was almost universally fitted to 1950's onwards sports cars ( due to weather proof qualities) and most premium or Limousine's. Chauffeur style Limo's optioned Bedford Cloth in the rear for extra comfort, both for coolness and lack of slip.
The love affair with leather has continued since. Pre-war was mostly about hard wearing properties.
Carmageddon 21 January 2020

I would agree that Quality

I would agree that Quality Fabrics are better than what the likes of Tesla offer and even this article mentions Mercedes Aritco - that is just PVC. Tesla is just PU - all oil based products, all pretending to be Leather - that is worse for me.

At least fabric is not pretending to be anything other than it is.

I would also pick Leather as it's a luxury product and is so easy to clean & maintain. The choice should be there for the customers (in terms of fabrics as well as Leather), but 'fake' Leather is the worst for me!