BACK TO ALL OPINION BLOGS
Currently reading: Why Lewis Hamilton's greatness transcends just stats
UP NEXT
Matt Prior: Where have all the practical fast cars gone?

Much has been written about the F1 champion's win record and six world championships, but his integrity and artistry are just as important
Open gallery
Close
Opinion
by Simon Arron
4 mins read
Share

It might not have been a winning drive, but it was most assuredly that of a champion. The Circuit of the Americas near Austin, Texas, is one of the finest recent additions to the Formula 1 calendar, a function of its location, design and ability to generate an atmosphere commensurate with a grand prix’s status. An appropriate stage, then, for confirmed ‘Americophile’ Lewis Hamilton to celebrate becoming world champion driver for a sixth time, just one short of Michael Schumacher’s career tally.

He did it in some style, too, rising from fifth on the grid to finish second while teasing sufficient speed from a set of well-worn Pirellis. He was unable to resist Mercedes team-mate Valtteri Bottas’s quicker two-stop strategy, but it was a controlled, measured performance that secured what was probably the best finish he could have achieved in the circumstances.

His coronation triggered a number of articles underlining how a sixth title ‘cemented his place among the all-time greats’ or bestowed him with some kind of ‘racing immortality’, but in truth it changed very little. He has simply added more numbers to a racing CV that confirmed such status several titles ago.

Hamilton turns 35 in January (as an indicator of the way the sport’s demographic has changed, Juan Manuel Fangio was 40 when he secured his first title and 46 when he annexed his fifth) but there is no indication that he plans to stop any time soon. Assuming that Mercedes doesn’t suddenly become uncompetitive overnight, Hamilton is likely at some point within the next 18 months to establish himself as the most successful driver of all time in terms of F1 victories – he had 83 after Austin, 61 of those achieved during F1’s current hybrid era, and thus requires only nine more to move ahead of Schumacher’s 91. 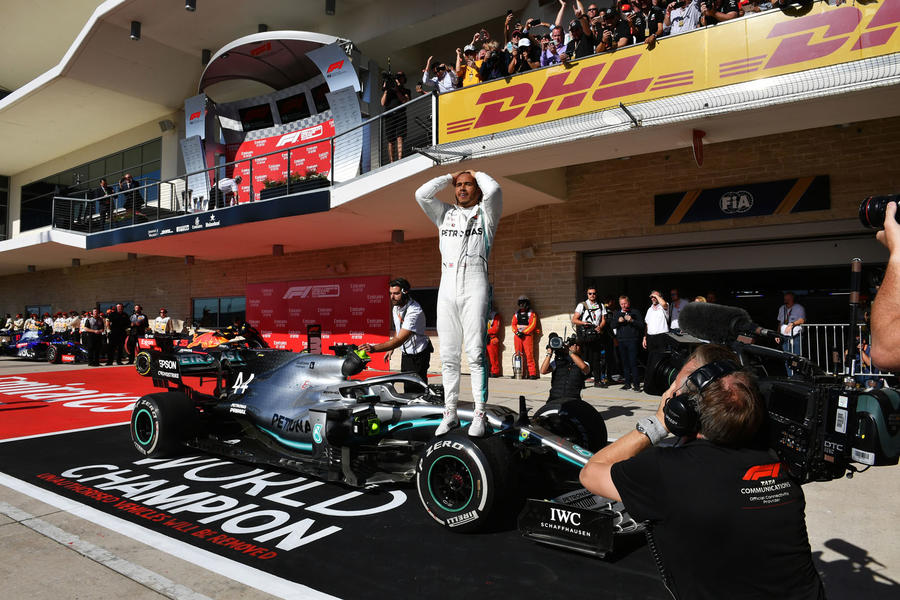 What’s more, he has accomplished all of this without triggering anything like the level of controversy that accompanied some of the German’s conquests. There have been a few awkward headlines here and there – including a very public row about qualifying protocol, with McLaren team-mate Fernando Alonso at Budapest in 2007 – and occasionally silly collisions (not least a couple with former Mercedes sidekick Nico Rosberg), but he has never been perceived as a disciple of the professional foul. Mercedes wasn’t initially best pleased when Hamilton ignored team instructions to speed up during the 2016 Abu Dhabi GP – at the time he was trying to increase pressure on title rival Rosberg by backing him into rivals – but later conceded that it should not have tried to interfere with his naturally competitive instincts.

Some have questioned his lifestyle choices – for instance, spending time at fashion shows or flirting with the music business – but why should any of that matter if it doesn’t compromise his on-track performances? Mercedes allows him a fairly long leash away from his professional duties and the results speak for themselves.

As for the statistics, if you were to rely on title numbers alone, Hamilton would be almost at the level of Schumacher, twice as good as Ayrton Senna, three times better than Jim Clark and immeasurably superior to Stirling Moss, all of which is palpably nonsense.

He should be accepted for what he is – an artist at the peak of his form – and appreciated for however long that lasts. No more, no less.

Silverstone has been the scene of some of Lewis Hamilton’s finest moments, not least six British Grand Prix victories. The venue looks very different, however, when stripped of the bunting and temporary grandstands that are installed to complement its annual Formula 1 showpiece. 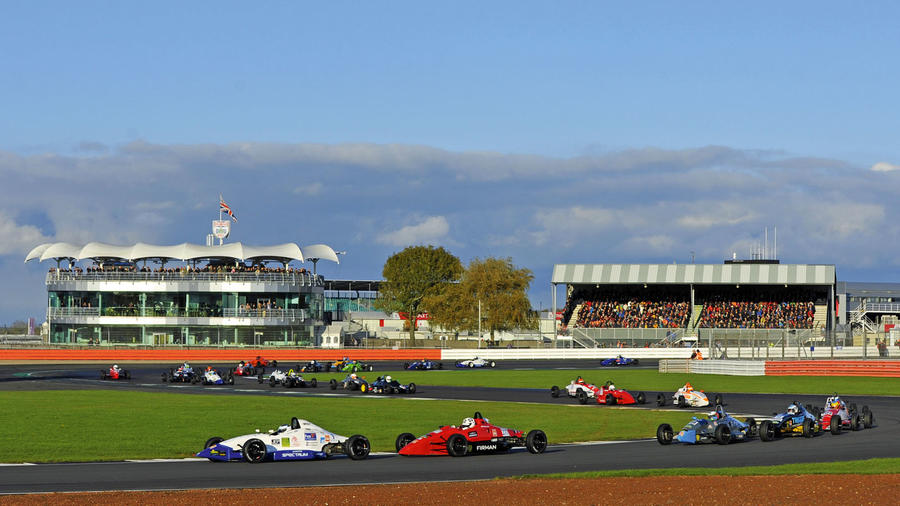 Every autumn, Silverstone’s racing year concludes with the Walter Hayes Trophy, a knockout competition for old-style Formula Ford cars (with the 1.6-litre Kent engine) that builds up to a grand finale over a weekend of racing.

You won’t find any household names, nor indeed much of a crowd, but chances are that you’ll witness as many passing manoeuvres in two days as grand prix racing produces over a campaign’s full course.

This is motor racing at its purest and, in many ways, most enjoyable.

I don't really see the

I don't really see the relevance of Fangio's age for an ear comparison. 40 was hardly the norm back then.

Irrespective, Lewis is of course great, but he is cursed to live in an era where very few people care anymore.

When was the last time you heard someone talking about a Grand Prix?  There are of course still some die-hard fans, but in a general sense, who won the race on Sunday really isn' t news any more.

I blame Bernie for fleecing it, Liberty for turning it in to a cheap circus that can't easily be watched, and Mercedes for destroying the atmoshpere with their pointless attempts to seek relevance with these horrific little engines.

He won his three championships , how many races did he win to ?.....77. a shit driver in his car won't be a winner, a good driver in a bad car will achieve better results, but, won't turn it into winning Car.

Hamilton is the best just now, that's fair, all other champions were the same, you can't compare them because all the criteria are different,and like said , unless Mercedes suddenly become an also ran, there's no reason he can't keep winning.