Bentley is marking its centenary – to the day – by launching a large and highly intelligent electric car called the EXP 100 GT.

The concept is designed as a physical embodiment of the future of Bentley to show what sustainable opulence could be like in 2035.

The car, which will be capable of both “autonomous and enjoyable” driving, has been created in-house in Crewe by a team led by design director Stefan Sielaff. It's a huge, coupé-like high-performance car with two massive lifting doors but the dimensions and interior space of a limousine.

Inside, the EXP 100 GT is designed to use artificial intelligence to provide a level of luxury unknown in cars at present. Its secret weapon, a so-called Bentley Personal Assistant controllable from screens front and rear, aims to improve not just occupants’ comfort but also their wellbeing by minutely recording all manner of their preferences and configuring the car to suit. 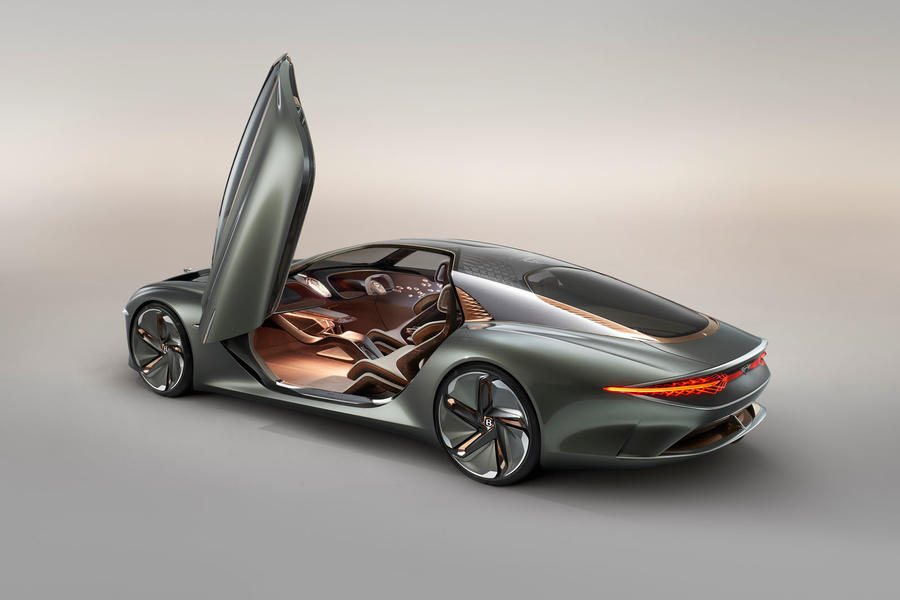 The EXP 100 GT takes interactivity well beyond what we know today: its systems will learn and eventually anticipate occupants’ desires when factors such as light conditions, road surface or weather change. Bentley wants to move the EXP 100 GT – and its future models – well beyond simple A to B travel: cars like this will be for “extraordinary and emotional human experiences”.

Luxury in 2035 will extend, Bentley says, to harnessing and redirecting natural light, filtering and redirecting natural airflow and making much more imaginative use of mostly sustainable trim materials to create a link between the car’s occupants and the world outside. It will even be possible, it claims, to offer the feeling of open-top motoring under the car’s glass canopy.

The 100 GT is the latest in a decades-long family of Bentley EXP concepts, most of which have had considerable relevance to the look and specification of production models that came after them. It has an electric powertrain dubbed Next Generation Traction Drive that uses four 201-335bhp electric motors and an advanced torque vectoring system to distribute a combined output of between 800 and 1340bhp to all four wheels, depending on spec.

The combined peak torque is revealed at just over 1100lb ft, which, given that electric motors develop maximum torque at the very bottom of their range, easily accounts for the eyewatering estimated 0-62mph of 2.5sec, along with a top speed of 186mph.

Although it has also been designed to accommodate a fuel cell stack, the EXP 100 GT paints a very optimistic picture of battery progress over the next 16 years. The range is claimed at 435 miles even though the GT’s overall mass is tipped to fall to 1900kg – around 35% lighter than a car with similar capabilities would weigh today. That should be very beneficial to cornering, braking and agility. 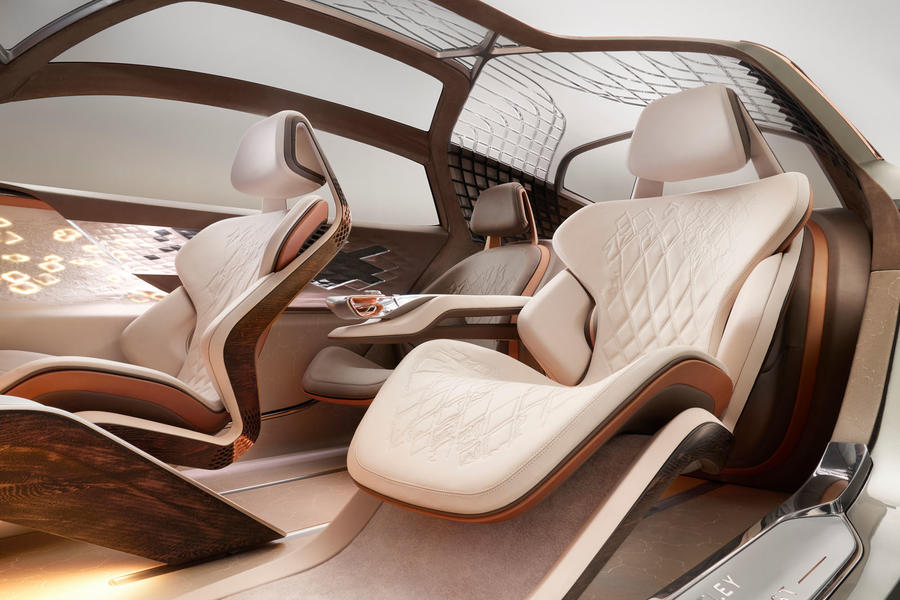 By 2035, Bentley says the car will use batteries with five times today’s energy density, accepting an 80% charge in just 15 minutes. The car’s lightness is all the more remarkable because of its size: at 5.7 metres in length and 2.4 metres wide, the EXP 100 GT is nearly half a metre longer and much wider than the new Flying Spur.

Bentley is sketchy about the car’s construction, claiming only that its comparatively low kerb weight results from a structure of “lightweight aluminium and carbonfibre”. The cabin has twin doors, each two metres wide, that lift outwards and upwards for effortless arrival and access that, Bentley says, provides a sense of occasion. As do the car’s configurable aerodynamic wheels, complete with ‘intelligent’ tyres.

Interestingly, the EXP 100 GT’s big coupé proportions bear a clear but advanced resemblance to today’s most recently arrived current Bentleys, the Continental GT and Flying Spur. The new concept also has the fastback and rear haunch of one of Bentley’s most famous cars, the R-Type Continental coupé. The round lights overlapping the extremely ornate and prominent grille – which, like the ‘Flying B’ bonnet motif, lights up when the driver approaches – are an acknowledgement of the famous ‘Blower’ Bentley of the 1920s, designers say.

The “meticulously sculpted” cabin comes with three different seating configurations depending on whether it’s in autonomous or normal driving mode. The cabin can seat up to four people, although our photographs show a three-seater set-up. Adaptable biometric seats anticipate adjustments that occupants might need to make themselves more comfortable. 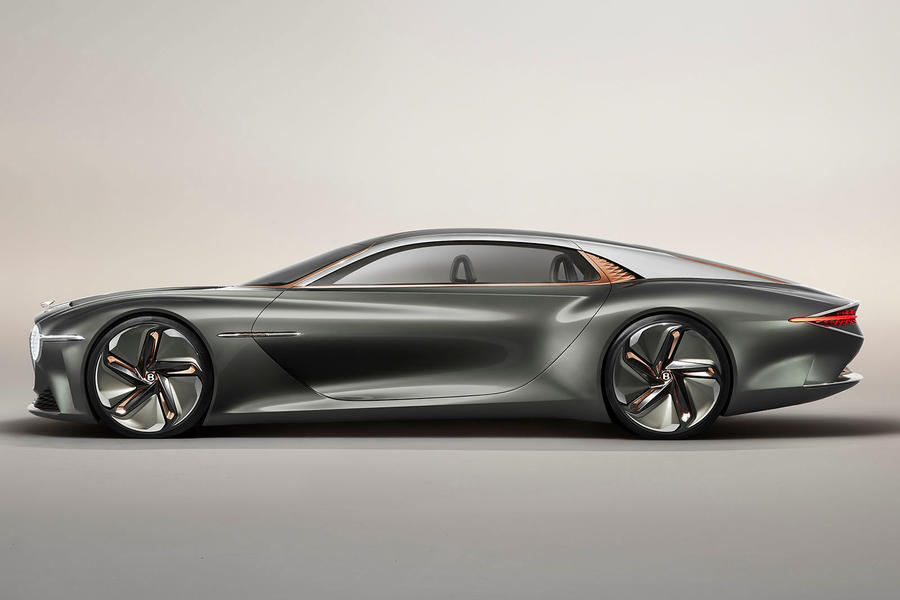 Through the artificial intelligence of the Bentley Personal Assistant, occupants can by hand gesture select one of five different comfort modes: Enhance (which harvests the characteristics of the outside environment), Cocoon (which dispenses extreme privacy), Capture (which records previous experiences), Relive (which replays highlights of a tour you might already have made in the car) and Customise.

The car uses natural interior materials such as British-farmed wool carpets, 500-year-old copper-infused riverwood for some of its interior decor and exterior paint made from recycled rice husks. In places, interior embroidery “flows” seamlessly across four disparate materials – glass, wood, fabric and leather. Controls and switches are made from aluminium and copper, natural materials that adhere to Bentley’s ‘if it looks like metal, it is metal’ mantra.

“The EXP 100 GT is the kind of car we want to make in the future,” said Sielaff. “Like the iconic Bentleys of the past, this one connects with its passengers’ emotions and helps them experience and safeguard the really extraordinary journeys they take."

Q&A with Adrian Hallmark, chairman and CEO of Bentley

How real is this car?

“They’re definitely becoming more open to the idea. According to our research, two years ago around 10% of Bentley prospects said they’d consider an electric car, whereas now the figure is 25%.”

You mentioned hydrogen fuel cell propulsion in your launch talk. Is this car electric or fuel cell?

“It’s a BEV, but we absolutely believe that a combination of batteries and fuel cells is the solution for large luxury cars in the medium to long term. There’s room in the rear of the concept for either a big battery or a for a fuel cell stack to recharge it.”

“Our group has a joint venture with one of Europe’s most advanced researchers into solid-state batteries. They have a pretty good view of what’s coming – smaller, lighter batteries, longer ranges, much quicker recharging.”

What do your customers want?

“The expectations of customers for luxury products are changing fast. They want extraordinary journeys, delivered with a sense of purpose by sustainable vehicles from a company with impeccable ethics.”

What makes you think customers will want a car as big is this in 2035?

“Well, it’s about the same size as our extra-longwheelbase Mulsanne and there’s a reliable market for that model. We designed this car from the inside out to be spacious, versatile and have revolutionary equipment. Cars like this will be for extraordinary and emotional human experiences" 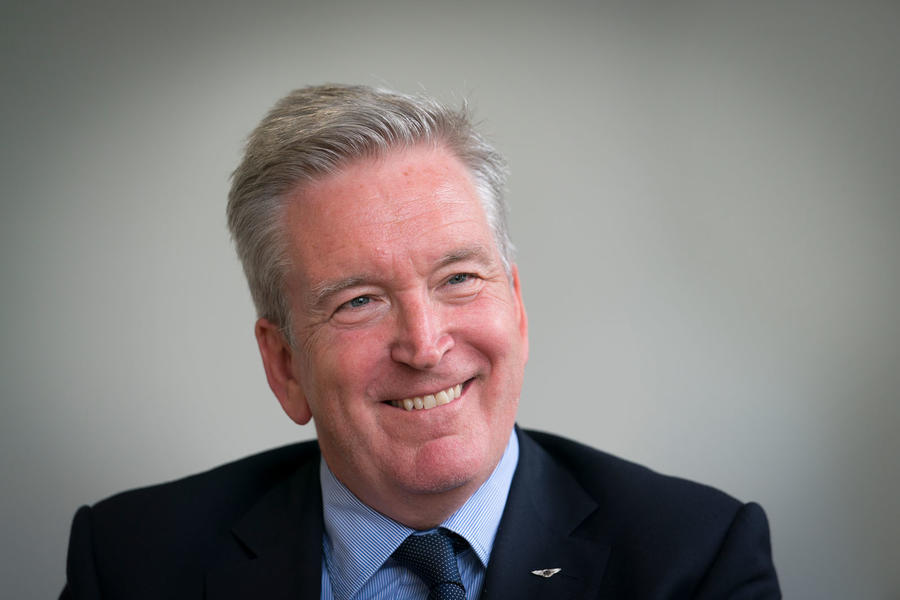 Just how believable is the EXP 100 GT?

This new Bentley concept for 2035 looks pretty outlandish, doesn’t it? Especially when you discover that, despite its beautifully balanced coupé-like proportions, it’s longer than a long-wheelbase Mercedes-Benz S-Class. But I’d say there are some big elements of practicality about it, and I’ll give you three reasons. First, the original and great-looking Bentley Continental GT first appeared back in 2003, and lasted 15 years in production.

At the end, without pulling up any trees, it was still selling reasonably well because the maker knew how to keep models fresh with differently equipped versions. Now, add 15 years to 2019, and you’re in 2034, within an ace of the date Stefan Sielaff and his henchmen are talking about for their new concept, if it were to be made. I don’t imagine the size will be right, given the overcrowding of our roads. But I’ll bet the styling and the motive power are very close. And I accept the argument for even greater luxury entirely. At the very least, I’d say, this is a snapshot of history being made.

Bentley Flying Spur: riding up the hill at Goodwood

Bentley at 100: its greatest cars

Bentley boss: "We're in a rush to build an EV"

It's a bloody lovely Motor!  Even more so with its Cheshire grin beaming proudly.

That front grill is

Reasonably pretty coupe (with messy details and pot proportions around the C-pillar) but this was supposed to be the “future”. Who needs a tacky light-up grille on an electric car? That lights up and saps power from your battery? Or a huge car with all that wasted space? Huge bonnet for electric motors in the wheel hubs? What a wasted opportunity to redefine totally what Bentleys might be.

VW ran out of ideas a long time ago.

The radiator grille defines ICE cars, but to use it to give the car a recognizable Bentley face is an unexamined continuation of tradition.

For Bentley luxury still means size, which is another tradition that Bentley is too timid to break.

Despite vague futuistic looks, this concept car is short on concept.

A tad under 8 feet wide, that

Beautiful car inside and out...

...I think we are looking at much of the styling direction of the replacement Bentley's flagship vehicle!