BACK TO ALL NEWS
Currently reading: Analysis: Is Geneva's cancellation the end of the motor show?
UP NEXT
Ford to revive more historic model names for new cars

Analysis: Is Geneva's cancellation the end of the motor show?

The Geneva motor show, traditionally one of the car industry’s biggest annual events, will not take place next year – and will be sold by organisers in a bid to secure its long-term future. The decision casts fresh doubts over the long-term viability of all motor shows.

This year’s event was scrapped days before the doors were due to open in March as the coronavirus pandemic began to spread rapidly throughout Europe, leaving the Foundation of the Geneva International Motor Show (FGIMS) facing a major financial shortfall. It also upset many manufacturers, which had already paid for their stands and were in the final stages of assembling them.

FGIMS said the decision to axe next year’s event was taken after most exhibitors said they probably wouldn’t take part and would prefer that the show’s return be delayed until 2022.

“The automotive sector is currently going through a difficult phase, and exhibitors need time to recover from the effects of the pandemic,” the organisers added.

They said they were uncertain whether an event on the scale of Geneva, which traditionally attracts more than 600,000 visitors, could take place while the pandemic continues.

The FGIMS had been in talks with the state of Geneva over a 16.8 million Swiss franc (£14.1m) loan to bolster the event but, with the loan being contingent on an event running in 2021, it has now been declined. Instead, FGIMS intends to sell the motor show to Palexpo SA, the exhibition centre in which it is held, in a bid to secure its future. Palexpo is considering some form of car show for next year as a temporary replacement.

How Covid-19 has accelerated the decline of shows

Lockdowns and subsequent social distancing rules have led to the cancellation of virtually all large-scale events. As well as Geneva, the Paris, New York and Detroit shows that were due to be held this year have all been axed, while Beijing – originally scheduled for April – has been delayed until October. The Goodwood Festival of Speed, which effectively serves as the UK’s motor show, has also been canned.

While many of those decisions have been driven by restrictions and measures to tackle Covid-19, the financial impact of the pandemic has also played a key part, with badly hit car firms unwilling to commit large sums to creating show stands.

With travel restrictions in place, several firms are launching cars through online events, which still offer a substantial reach but at a greatly reduced cost. Such events can also be scheduled to maximise publicity, as opposed to competing with other manufacturers at a show. 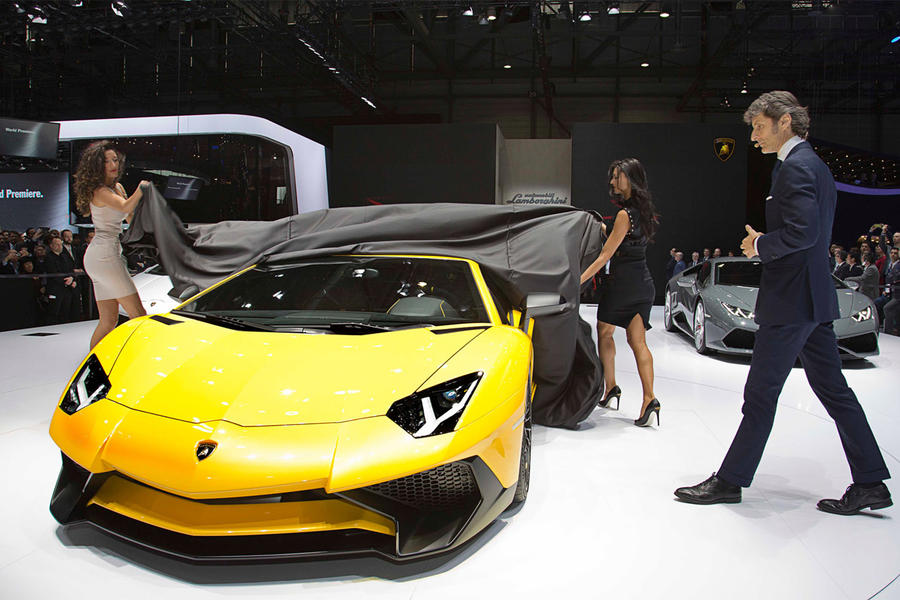 That trend was already evident before the pandemic. For example, Ford, Jaguar Land Rover, Hyundai, Opel/Vauxhall and Volvo had all decided not to attend this year’s Geneva show. Last year’s Frankfurt show featured a greatly reduced manufacturer attendance.

In recent years, several firms had taken to exhibiting only at shows that were in key markets or coincided with new model launch plans. But many are now taking that further. Lamborghini recently announced that it wouldn’t attend any more shows, with marketing chief Katia Bassi saying: “We believe that having an intimate relationship with the customer is key and motor shows are no longer aligned with our philosophy.”

While the benefits of stand-alone unveilings are clear, the motor show decline removes a major marketing opportunity and stops the wider public from getting up close and personal with new models in one place.

What’s the future of the motor show?

The sale of the Geneva show to Palexpo SA should ensure that it returns for 2022, although there will be questions about whether the car firms will come back after a two-year break. What seems certain is that future motor shows are likely to move away from the traditional formula of static car displays on stands in exhibition centres.

The organisers of the biennial Paris show have said it is unlikely to return in ‘traditional’ form in 2022, focusing instead on “innovative mobility” and a business-to-business trade event.

Germany’s biggest motor show, which alternates with Paris on the schedule, will also have a new look for 2021, with organisers shifting it from its long-term home in Frankfurt to Munich.

This year’s Detroit show had seemed likely to serve as a vision for how future events could look. Having struggled to attract exhibitors in recent years, with many firms preferring the New York or Los Angeles shows or tech events such as CES, organisers aimed to revitalise it by moving it from January to June and reshaping it as a Goodwood-style ‘festival’ with a large interactive outdoor area. But with that cancelled, it will be at least 2021 before the revised concept can be tested. 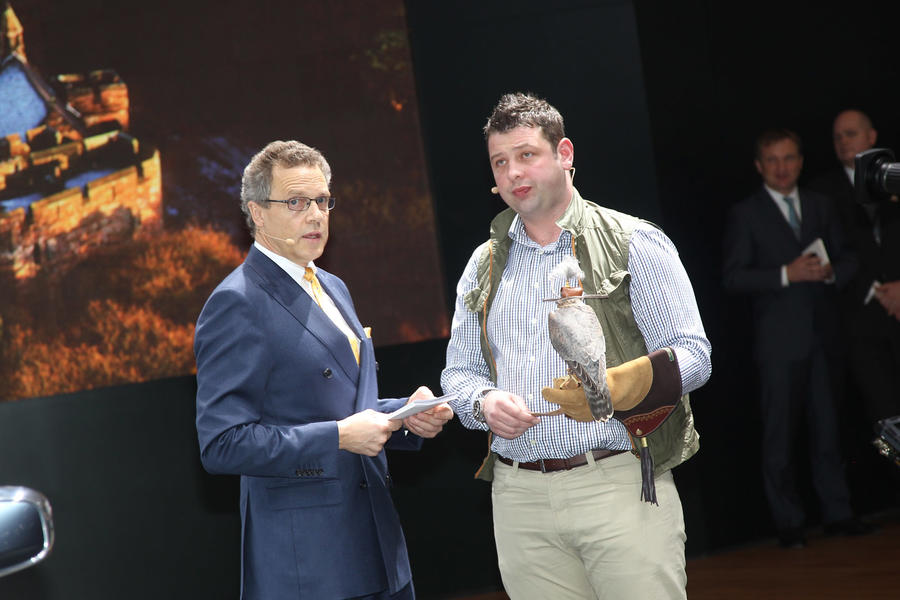 I’ve never seen such a stunned yet amused look on a face as that of snapper Stuart Price at the unveiling of the 2012 Bentley EXP 9 F, the SUV concept that became the Bentayga. The car had been nicknamed Falcon, so obviously Bentley brought along a real-life falcon to be next to then boss Wolfgang Dürheimer as it was unveiled. Whether Stu’s stunned look was for the concept’s front end or the falcon, I’m not sure, but the giggles were from him catching the look on the face of VW Group supremo Ferdinand Piëch at the weirdness in front of him. 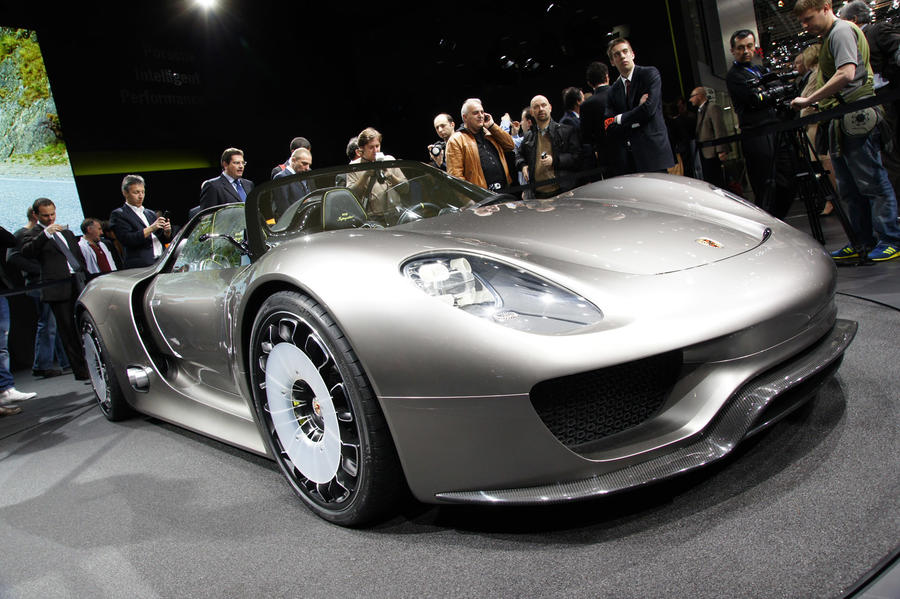 I’ll never forget Porsche’s king hit to every other car maker at Geneva 2010. No one had known precisely what was coming, but by 9am on that first day we all knew that, instead of searching for a show star, the answer was right there in front of us. By that time the covers were off the 918 Spyder concept – a 214mph hybrid hypercar with 282bhp of electric front-wheel drive and a mid-engined 600bhp V8. It not only described brilliantly but also looked fabulous, even shading its predecessor, the Carrera GT. 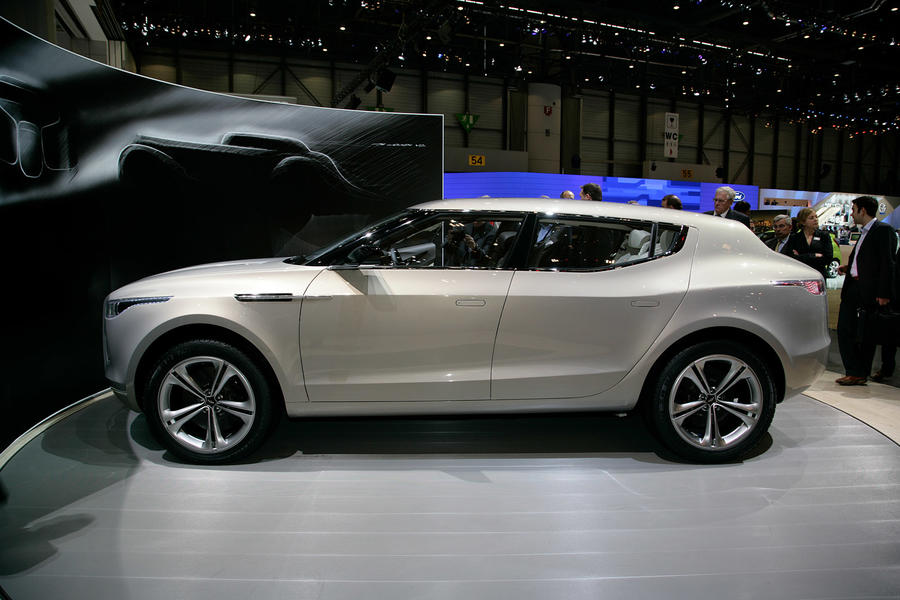 Has another car ever been revealed at a motor show that was so wrong… and yet so right? To my mind, nothing comes close to Aston Martin’s Lagonda SUV concept from the 2009 Geneva show. Although attitudes have changed since then, it was the idea of Aston building an SUV that caused as much horror as the car’s looks. The irony is that if the Lagonda had been put into production, it would have fitted right in with many of the other undignified luxury SUVs on the roads today, and Aston would probably be in far ruder health. 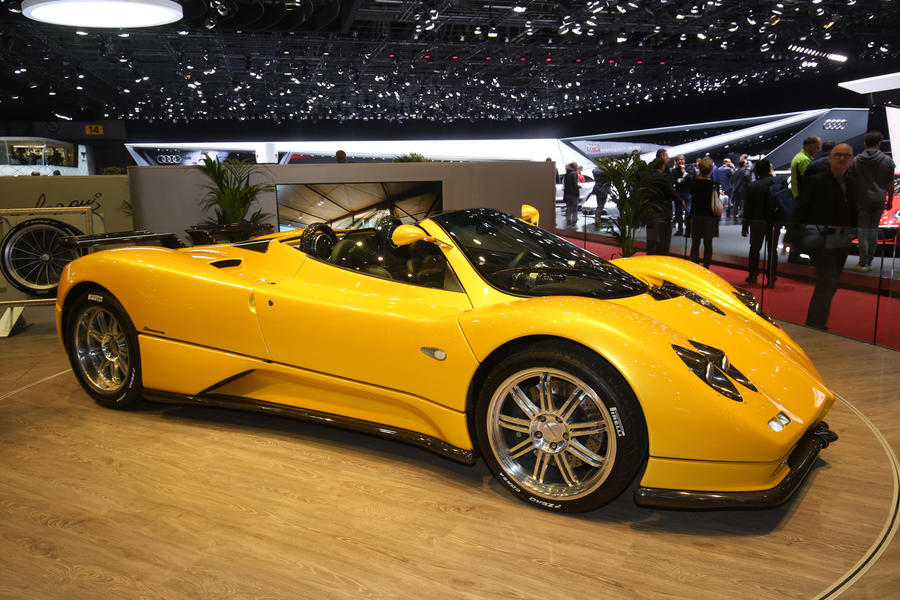 It’s 1999 and only my second Geneva motor show. As a junior in a pre-digital era, I’ve been told to collect press kits; I’ve even got a trolley to carry them. It’s largely a trudge, but there’s rare cool metal to see, too. In a corner, there’s a new supercar. I’ve read that many such cars are no-hopers: poorly engineered and unlikely to take on the establishment. But even my novice eye can tell that this one, engine cover open, looks different. There’s real integrity and it’s beautifully finished. As well it might be; it’s the Pagani Zonda.

...for the Swiss hotel and beverage industry. Sad for all the scribblers unable to max out the corporate charge card.

Could not car less if the likes of Sbarro etc  fail to get the same level of publicity for the crap they show off every year, and the over importance placed on unworkable concepts.

More Goodwood style events is what the public would love.

...for the Swiss hotel and beverage industry. Sad for all the scribblers unable to max out the corporate charge card.

Could not car less if the likes of Sbarro etc  fail to get the same level of publicity for the crap they show off every year, and the over importance placed on unworkable concepts.

More Goodwood style events is what the public would love.

Too many manufacturers have spent years teasing the public with amazing looking concept cars, designs which never see the light of day on public roads.  If the demise of motor shows  sees these designs consigned to the history book, then I will not shed a tear for their passing.