BACK TO ALL NEWS
Currently reading: Bringing up the rear: Top 10 rear-wheel steering cars
UP NEXT
Hyundai i20 N targets Fiesta ST with 201bhp

Rear-wheel steering systems are once again in the spotlight, but the idea isn’t new. We pick 10 pioneers of the corner-taming technology
Share
Open gallery
Close
Share story

It shouldn’t come as a great surprise that one of the most hotly debated automotive chassis technologies originated in Japan, a nation whose residents appear to be born with a fascination for high-tech gadgets and gizmos.

Active rear-wheel steering was introduced in 1985. Fittingly, it made its debut on the Nissan R31 Skyline, a car as synonymous with innovation as noodles are with ramen. However, the technology was popularised by the 1987 Honda Prelude, which was sold globally.

The benefits of active four-wheel steering were highlighted early on by American magazine Road & Track. In 1987, it took a Prelude 2.0Si 4WS, laid out a slalom course and pitched the Honda against sports cars from Chevrolet, Ferrari and Porsche. The humble Japanese saloon beat the lot of them.

As with so much innovation, the novelty value of four-wheel steering diminished as the years passed by. At the same time, insurers grew wary of repair bills – any car equipped with the costly hardware faced big repair bills if hit from behind. Rear steer systems faded away.

Until, that is, engineers realised that as cars of all shapes and sizes were getting larger and heavier, active rear-wheel steering systems could help make them more manoeuvrable, be it in a car park or around a race track.

Here are 10 highlights, past and present, of models that belonged to the rear steering committee. 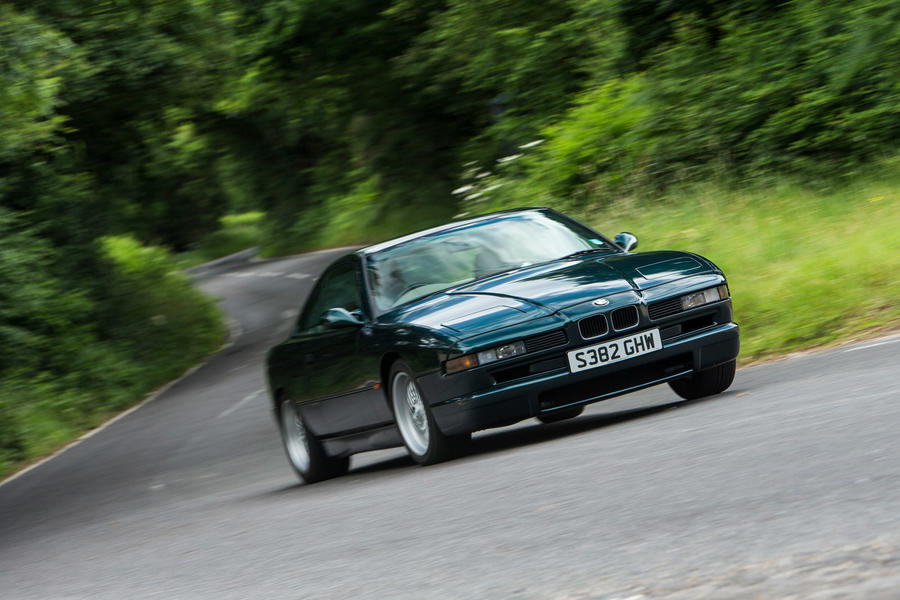 Want to know the reason why the flagship 850 CSi version of the E31 8 Series is so cheap these days? Its Aktive Hinterachs-Kinematik (AHK) system has a habit of going wrong and more often than not costs an eye-watering amount to fix. The car was powered by a 5.6-litre V12 with 375bhp and benefited from the input of BMW Motorsport. Trouble was, it came at a cost – almost £80,000, in the early 1990s. 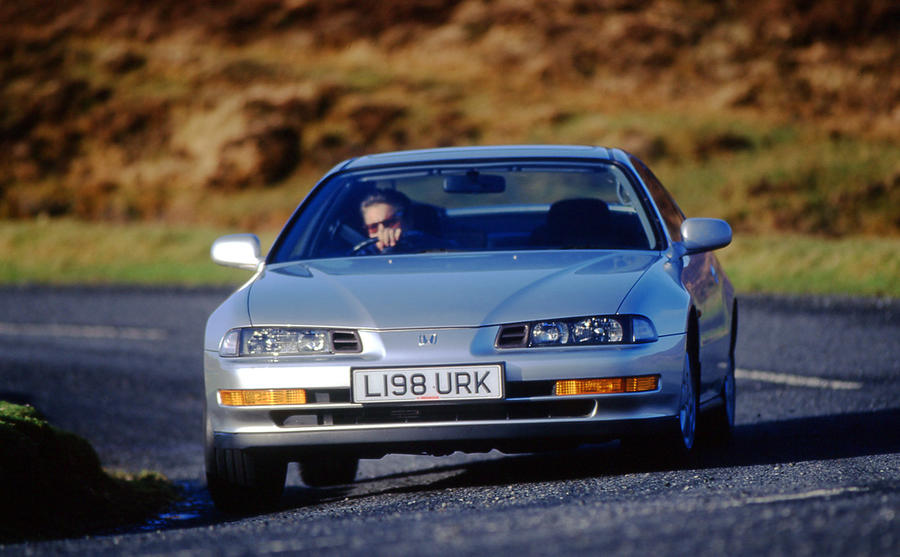 The Prelude was the car that brought four-wheel steering into the public eye. Its system was able to steer the back wheels the same way as the fronts, by 1.5deg and up to a steering input of 246deg. Apply more lock and the back wheels were able to point in the opposing direction by up to 5.33deg, giving the Honda a compact turning circle of just 10 metres, or 33 feet in old money. However, the cost of the complex steering gear didn’t go down well with insurers when a Prelude was hit from behind. 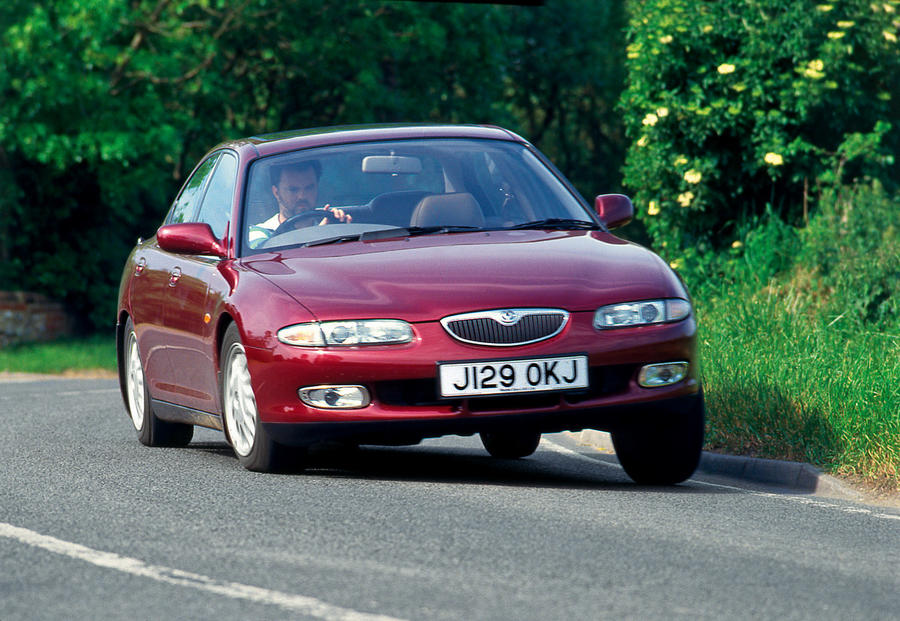 Hands up who remembers Xedos. The quasiupmarket Mazda spin-off enjoyed modest UK success with the 6, but the bigger 9 never really took off. Perhaps that’s because the UK version made do with the active four-wheel steering system made available on Japanese versions. 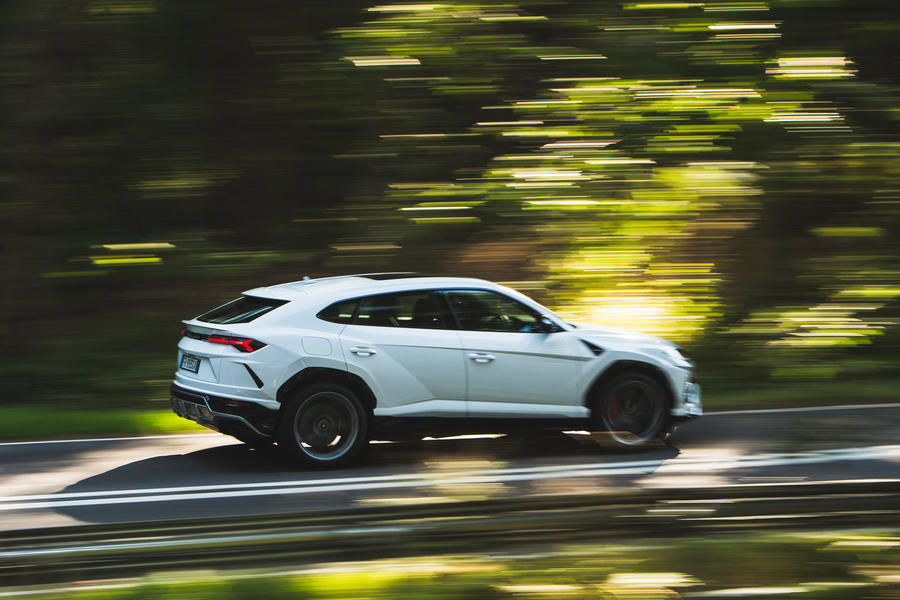 Lamborghini made great strides with the updated Aventador S, which came with a four-wheel steering system that then found its way onto the Urus. It was a key ingredient in creating a high-performance SUV that didn’t sully the reputation of Italy’s second-best-known sports car maker. 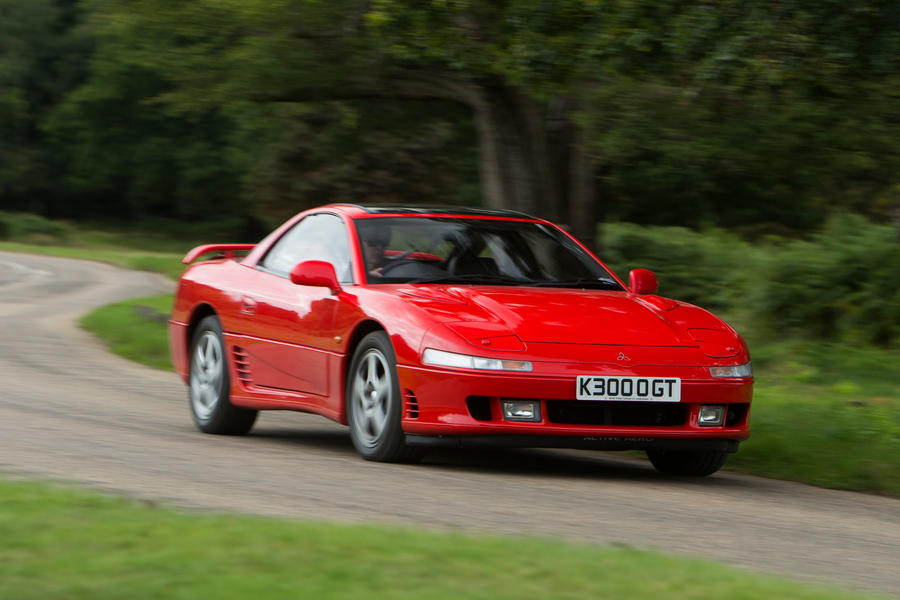 The 3000 GT was laden with nearly as many gizmos as Doc Brown’s DeLorean: active aero aids, all-wheel drive, adaptive suspension, two turbochargers and, of course, four-wheel steering. However, few of Britain’s drivers were drawn to it when they could have a BMW or Porsche instead. 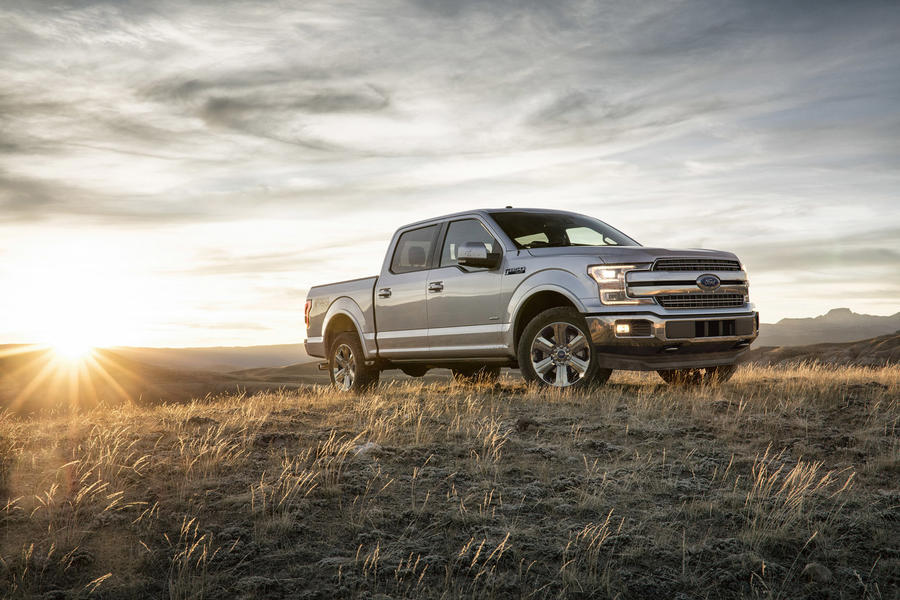 When a car is 5.8 metres long and has a near 14-metre turning circle, the thought of negotiating a multi-storey car park is enough to bring out a cold sweat. It’s why the latest Ford F-150 gets a ZF rear-wheel steering system. Ford has since applied for a patent for such a system on the current F-150. 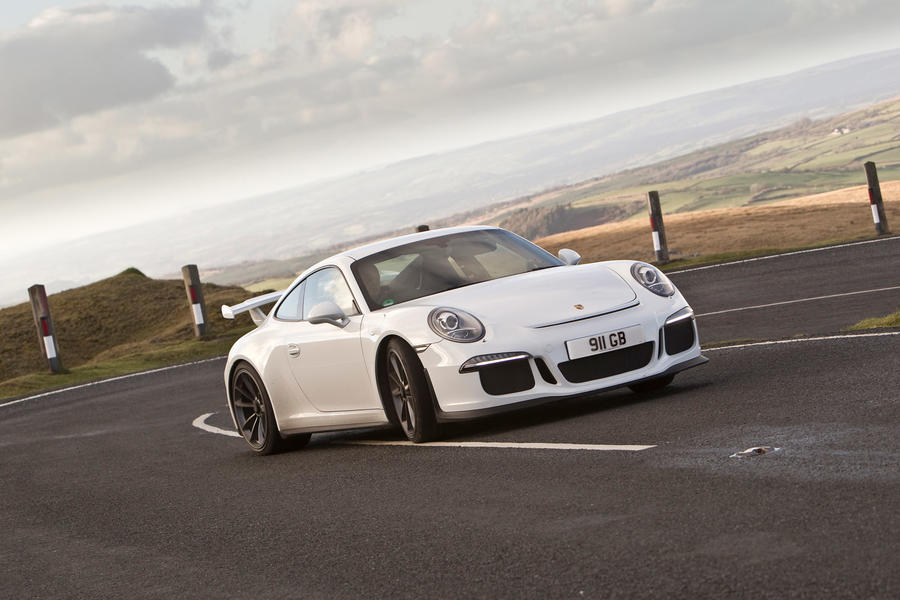 While it was the 918 Spyder that Porsche first fitted with an active rear steering system, the first relatively attainable model was the 991-era 911 GT3. The company’s engineers did a good job because, after the first drive of the new model, Autocar reported: “If Porsche had not revealed its existence, we may never have noticed it.” 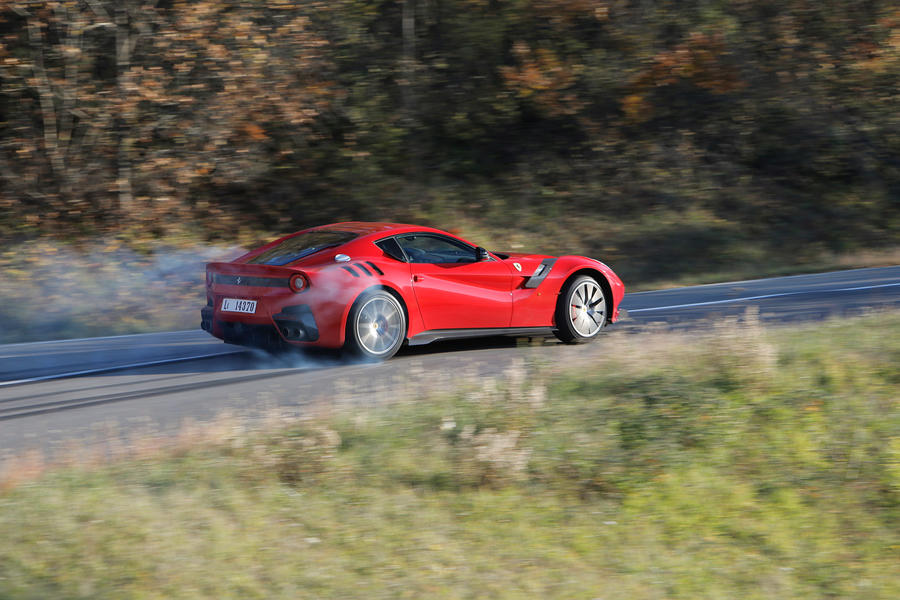 With nearly 770bhp to manage, the limited-edition F12tdf needed all the help it could get when it came to keeping things on the black stuff. For the first time, Ferrari introduced a rear-wheel steering system, which it called a ‘virtual short wheelbase’. Remarkably, the ZF-sourced hardware added just 5kg to the kerb weight, which had been reduced by 110kg over a standard F12. The tdf was a challenge to drive at the limit but its steering tech filtered through to models including the GTC4 Lusso and 812 Superfast. 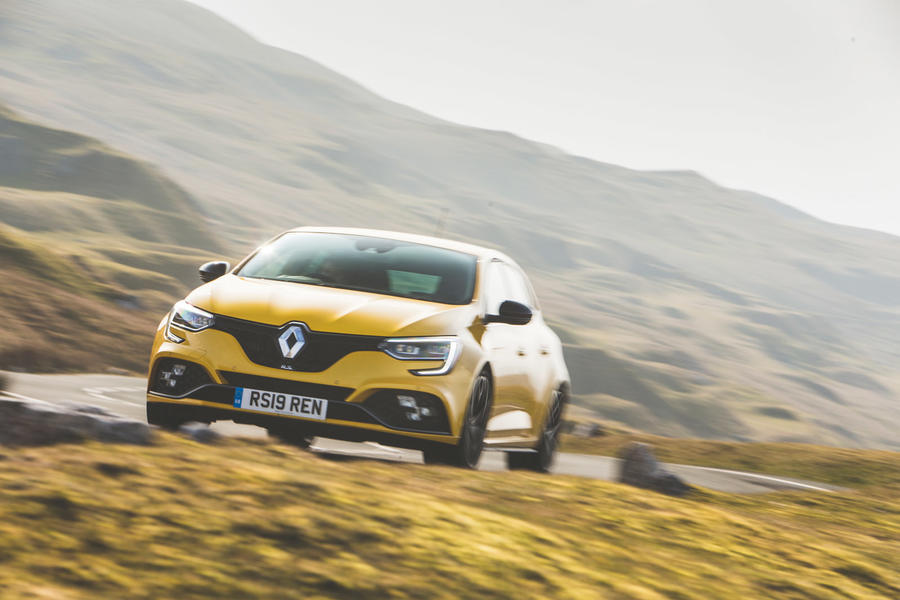 It may seem like overkill in a hatchback but Renault Sport’s engineers have used the latest generation of four-wheel steering – called 4Control – to their advantage, making it adjustable according to the conditions and ideal for track days. Renault says steering angle is reduced by up to 40% compared with a Mégane without the system. 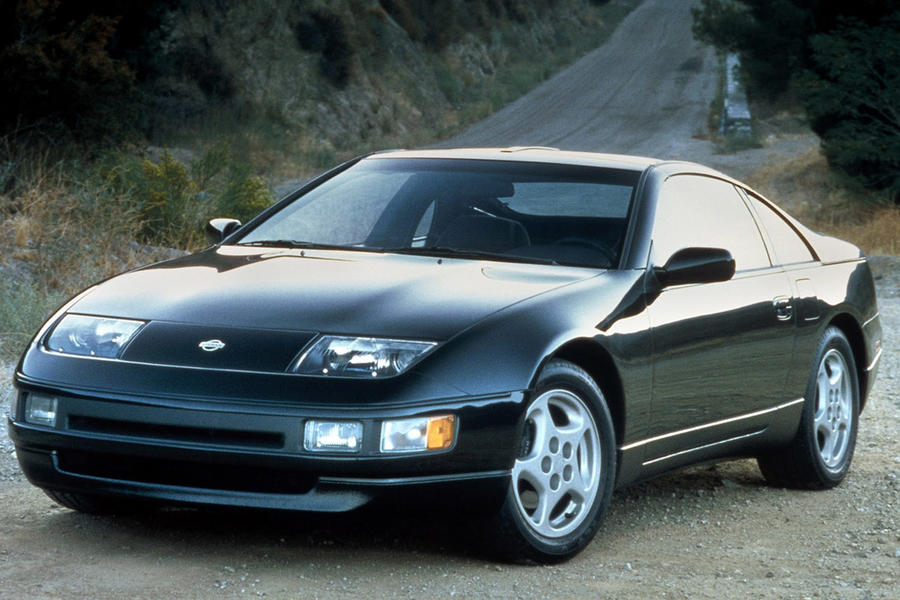 In 1990, Nissan struggled to convince UK drivers that a company best known for the Micra could rub shoulders with Porsche, so 300 ZX sales soon slowed to a negligible number. Although there was much to like, opinion is divided over whether or not to disable the High Capacity Active Steering (HICAS) four-wheel steer hardware.

Lamborghini posts best ever sales for 2019

And then you have passive

26 April 2020
And then you have passive rear wheel steer like the Peugeot 306, and I am sure many others I don't know about.

Having driven 2 otherwise similar Preludes belonging to a friend, i know that RWS is quite amazing in how nimble it makes the car feel, but i didnt drive it long enough to get used to it. It did feel rather 'odd'. Not something i would pay for as an option on a new car. At least when fitted to a Japanese car it still worked on an old car. Not sure i would be too happy with any of the European cars with it in old age.

The type where both front and rear wheels steer in the same direction to imrove handling stability is becoming common in performance cars. But the type where the rear wheels countersteer for improved manoeuvrability (as in the Honda Prelude and original Mazda 626 4WS - both of which also steered in the same direction at smaller steering angles /higher speeds) is rare.

One often neglected disadvantage of the latter type is the problem of rear wheel kerbing if the car is parked close to a kerb. For example it is impossible for a 4WS Prelude to park closer than 6 inches to a kerb if approached at full lock. Maybe this explains the system's rarity, especially with today's expensive wheels and ultra low profile tyres!

I think I missed this article first time round.