If you’re looking for a BMW 8 Series in tip-top condition, we tell you what to watch out for
Close
by Autocar
Follow @@autocar

If the design study shown at this year’s Goodwood Festival of Speed survives to production, next year’s BMW 8 Series promises to be an eye-popper.

It can be no less, given its forebear, the dramatic-looking 8 Series of 1990 to 2000. Today, that model is a rising classic, although, as our ‘One we found’ (opposite) proves, you can still pick up an 850i for the price of a new, mid-spec Dacia Sandero. Too expensive? Prices for 840Cis start at around £5000.

During its life, the 8 Series’ styling barely changed, so if you’re considering buying one, year of registration is less important than condition. People have a downer on the 4.0-litre V8 in the 840Ci but that dates back to problems with its Nikasil bore liners. It was overstated and it’s rare to find one, so buy away, because it’s the bargain in the range.

The first version to arrive was the 850i, with a 296bhp 5.0-litre V12 and a choice of manual or automatic gearboxes. The auto is reliable, but the clutch in the manual is expensive when it lets go. In 1993 the model became the 850Ci and was joined by the BMW Motorsport-developed 850CSi, still with a V12 but now 5.6 litres and making 375bhp. Incredibly, for anyone raised on multi-speed flappy paddle ’boxes, this mighty engine drives the rear wheels via a six-speed manual ’box. Lowered suspension and four-wheel steering completed the package. It’s no wonder that today this version fetches the highest prices (well north of £30,000). 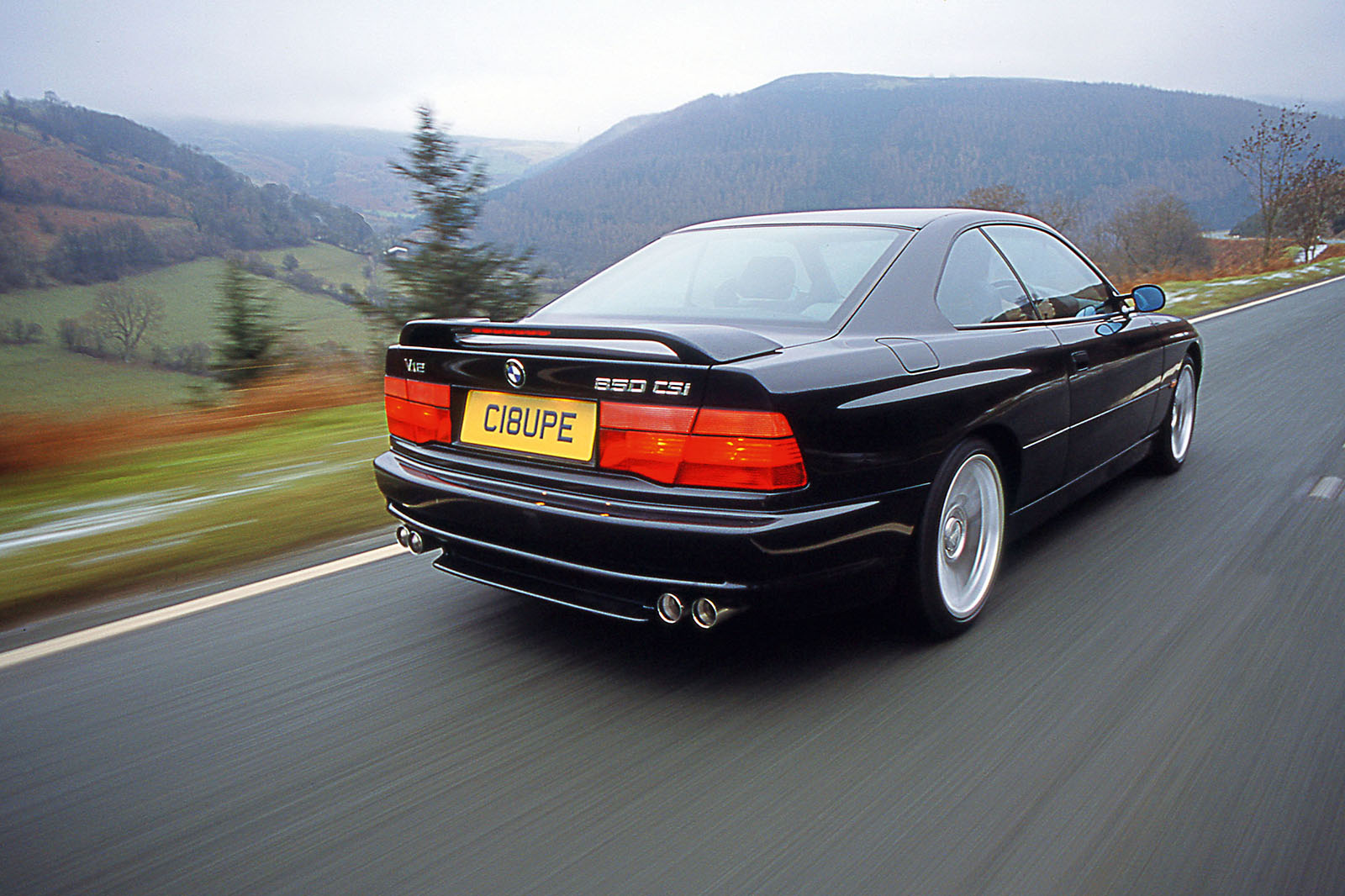 The 850CSi also bowed out that year, leaving the 840Ci to hold the fort until it was joined, in early 1997, by a Sport version with lowered suspension but no more power.

Away from the core models, you’ll come across so-called Individual versions of later cars with special colours and seat piping. They’re supposed to be worth a little more than standard models but the 8 Series as a whole is so rare, and good cars rarer still, that condition is the only thing worth paying extra for.

All versions were generously equipped: dual-zone climate control, a multi-information display, heated seats and automatic stability control. It goes without saying that you should check it all works. Assuming it does, and the rest of the car stacks up, take the plunge before prices get stupid. 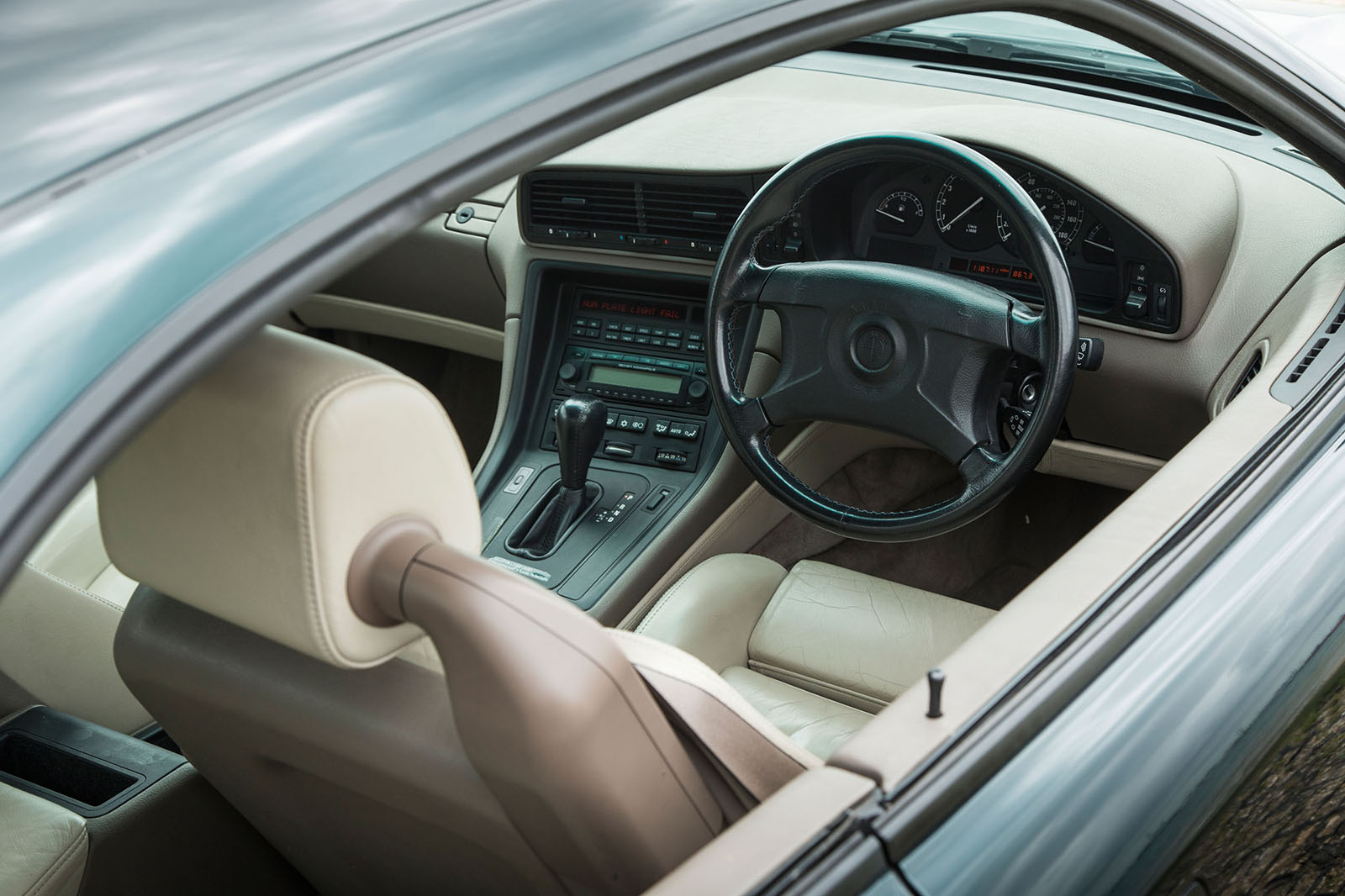 “It all started for me 12 years ago when I took my 850i to the local BMW dealer for some new dashboard bulbs. He wanted £4 each for the bulbs and three hours’ labour to fit them. I’m a qualified mechanic so went home and did it myself but thought: there’s a business here servicing and refurbing Eights. I haven’t looked back. Then, you could pick up an 850i on eBay for £1500. Not any more. I’ve seen prices rise and the trend for restoration really develop. You’ll hear a lot of stuff about the Nikasil problems with 4.0-litre cars but many of them have been scrapped or were fixed by BMW. It’s the bargain in the range.”

The V12 leaks oil from its sumps (upper and lower). Check the V12 and V8 don’t smoke on start-up or overrun. If it does, it could be poor fuelling, inlet manifold pressure control valve, worn valves or, worse, piston rings (an engine-out job on the V12). Timing chain tensioners need replacing at around 100,000 miles.

Check the temperature gauge needle sits in the centre and the heater blows hot air. Look for leaks from the auxiliary water pump.

The V12’s clutch is expensive and replacement limited-slip diff crown wheel and pinions are now hard to source. Auto ’box is reliable although a rebuild is about £1800.

Front shocks wear out at around 90k miles but the rears last a bit longer. (Aftermarket Bilsteins recommended.) Stick with BMW bushes, which last well. Steering can feel slack at rest but that’s natural. Front discs are around £120 a pair, rears £60.

It can rust on the sunroof’s leading edge, jacking points and lower rear wheel arches.

Ensure all check lights go out. Driver’s seat bolster wears but is repairable.

Sport models have smaller door mirrors, a rear splitter and a larger, lower front spoiler that’s easily clonked on kerbs. They sit lower, too. However, check the paperwork to be sure you’re not looking at a blinged motor. 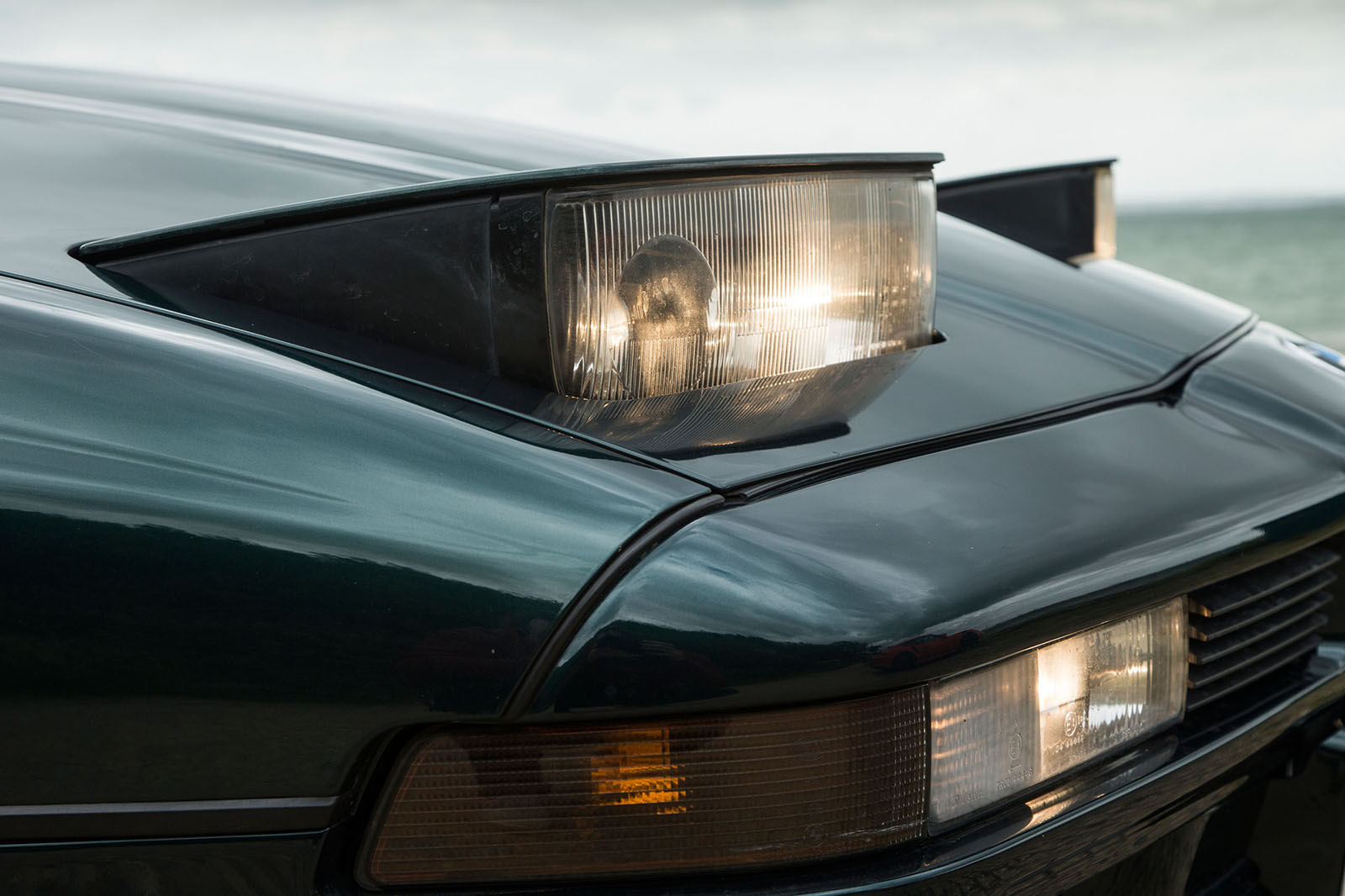 High-mileage 840Cis, frayed around the edges but runners with MOTs.

All versions except the 850CSi. Not plentiful but most in tidy condition and with up to 150k miles.

You’re into proper money now, where the pickings are rich. Good choice of sub-100k-mile 840Ci/850is.

Huge price jump to the 850CSi.

At that time, it looked

At that time, it looked stunning.

At that time, it looked stunning.

I always hankered after an 8-series. It was a car in the fine tradition of long distance GTs and, by all acounts, what really made it good in that respect was how well it rode.