The 300ZX restored the reputation of Nissan’s legendary Z-series sports cars after the woeful 280ZX and 300Z models that immediately preceded it.

A large 2+2, the 300ZX had sleek but muscular styling, four-wheel steering and a 3.0-litre petrol V6 with variable cam timing fed by a pair of quick-acting Garrett turbochargers with twin intercoolers.

Not only did it draw a line under its predecessors but it also bested those other Japanese super-coupés, the Mitsubishi 3000GT, Mazda RX-7 and Toyota Supra. It even gave the likes of the Porsche 944 S2 pause for thought. 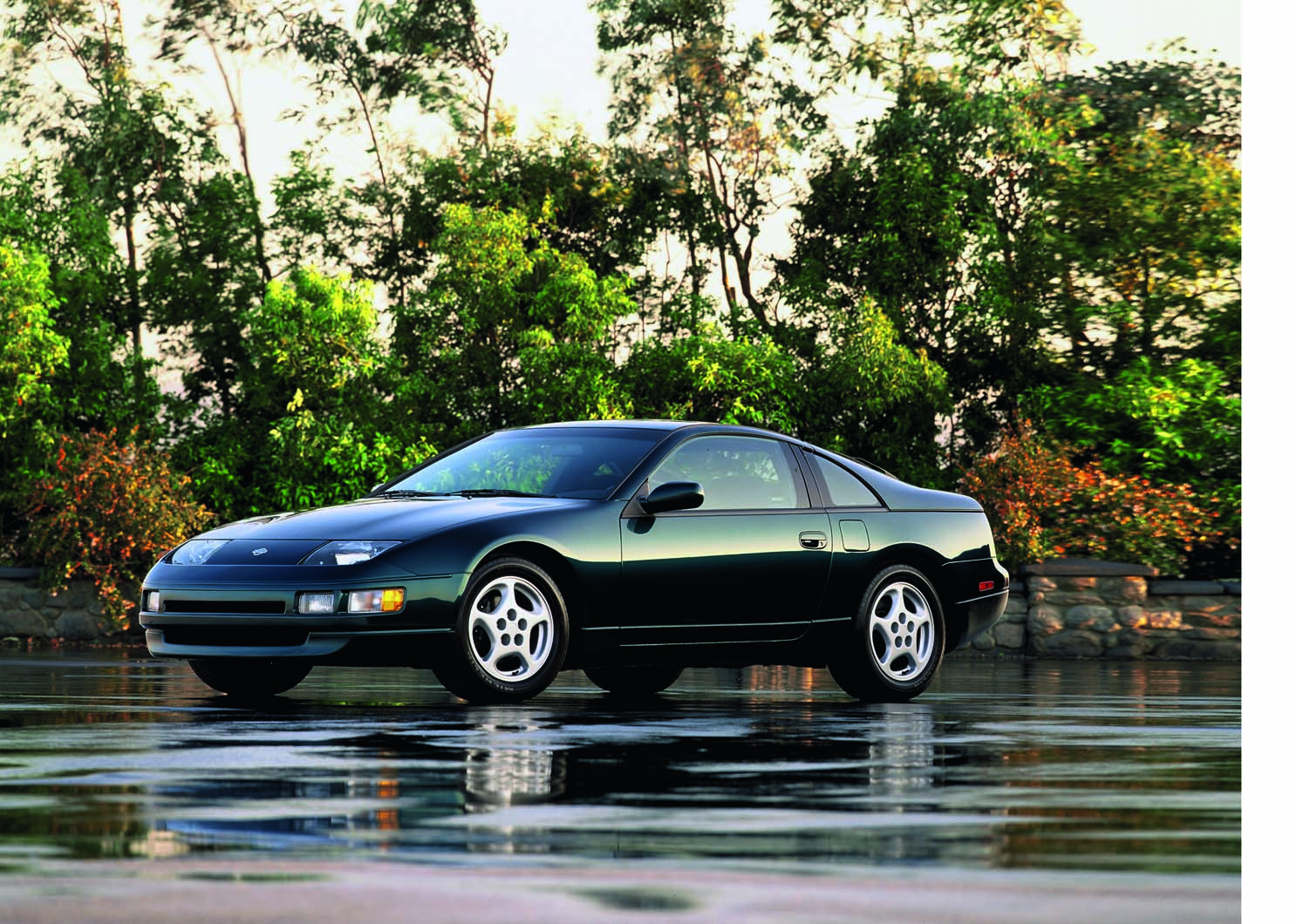 Launched in the UK in 1990, the rear-wheel-drive 300ZX conformed to Japan’s newly agreed maximum power limit of 280PS (276bhp) – but still enough to launch it from zero to 62mph in a shade over five seconds. It was offered with a choice of four-speed automatic or five-speed manual gearboxes. The UK got the 2+2 but Japan also had a more focused, two-seat, short-wheelbase version (they’re still highly prized grey imports to this day) that paved the way for the Nissan 350Z of 2002. Air conditioning, anti-lock brakes, cruise control and electric mirrors were standard on UK cars. Leather trim with electric seats was an option.

Unfortunately, for all its fine qualities, the 300ZX was stymied from the start by a high asking price of £35,000. Enough were sold to convince the car maker it could rise above its Micra and Bluebird grassroots market but, after the initial excitement had worn off, sales wilted. It was pulled just four years later, while in Japan and some other markets it soldiered on, gaining some important updates in 1998, among them HID headlights, before bowing out in 2000.

Today, the mass of 300ZXs on sale look pretty disreputable. If tin worm hasn’t got them, the go-faster brigade (400bhp power upgrades are not uncommon) invariably have. Our ‘Buyer beware’ covers the main points you should look for. 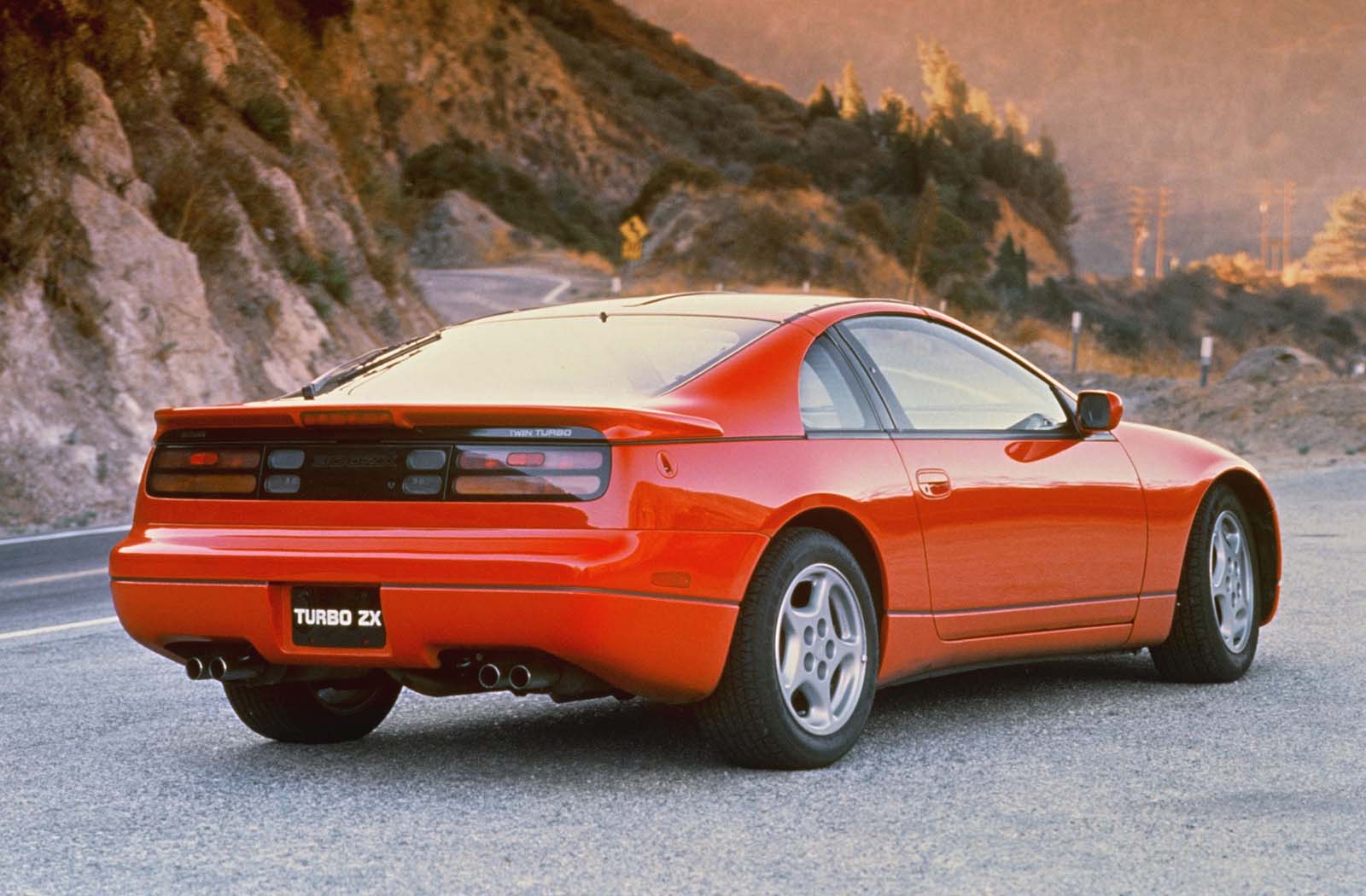 You may find yourself getting excited about an apparent bargain, only to discover that it’s a grey-import non-turbo model. (It’s not always clearly stated.) You’ll certainly see lots of autos. Beware of early examples of these because the ’boxes had overheating issues. Check the quality of the gearbox oil, too. In their favour, they may not have suffered quite such a hard life as the manuals. On that point, although there are more manuals around, they’re not so well represented in the classifieds.

Meanwhile, the 300ZX is cursed with not one but two Achilles heels. The cooling system isn’t enough for the high engine temperatures, so check the condition of all hoses and the quality of the coolant. Also, the Targa-style roof can drain into the sills, causing terrible problems.

Hopefully, that hasn’t put you off buying a 300ZX, because a tidy one in standard trim is still an impressive and dignified thing. Rare, true, but that makes it more special. 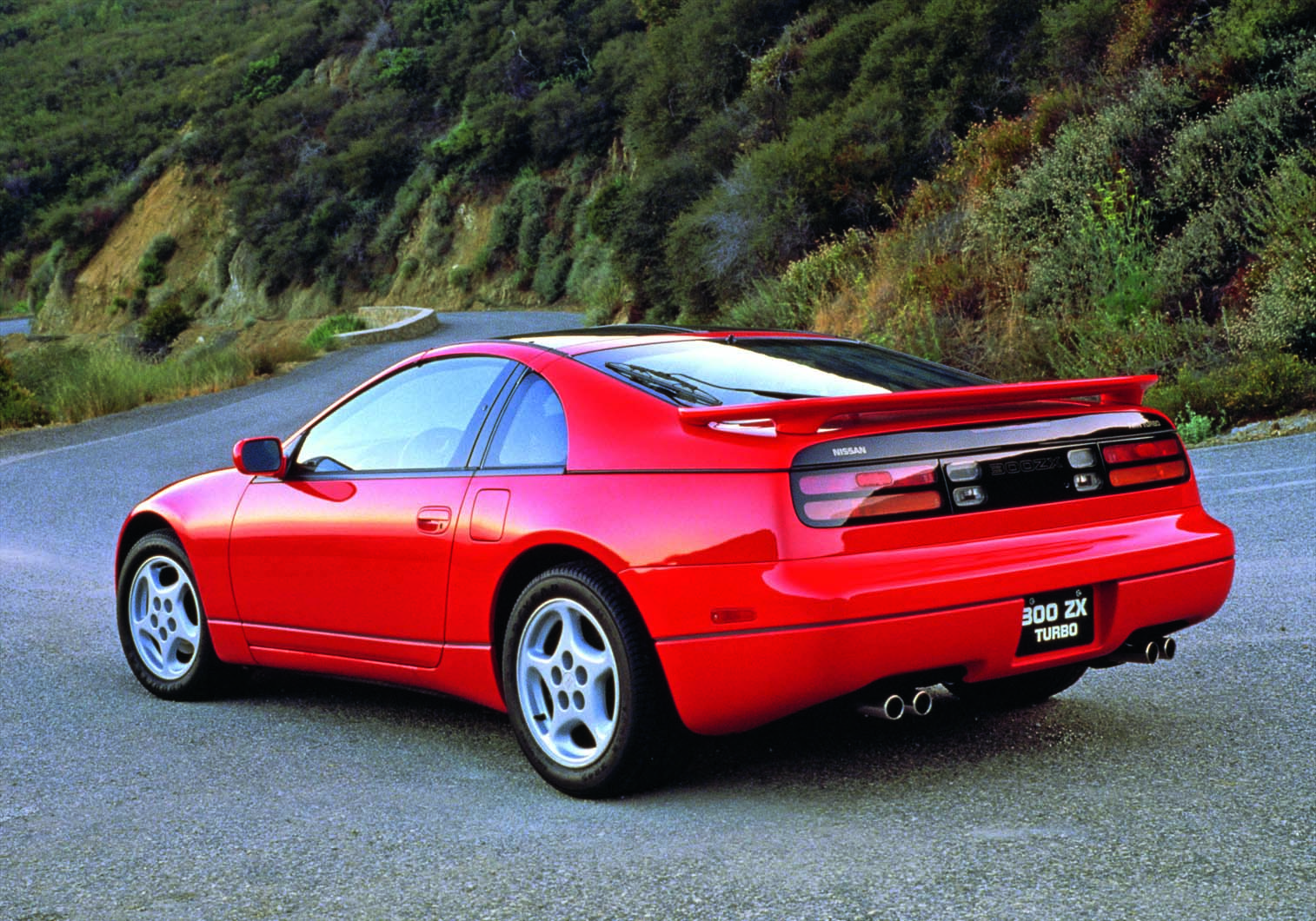 A 60sec ad for the 300ZX Twin Turbo, directed by Sir Ridley Scott, was aired during Super Bowl XXIV in 1990. However, Nissan executives then agreed to pull the commercial after pressure groups objected to its depiction of speed.

“I bought my ZX, an import, in 2005. It has now done about 80,000 miles and, because I look after it properly, never put a foot wrong. It does around 22mpg but can do 30mpg on a motorway run. It has no bodykit or add-ons. I hate those things. The car looks good enough in standard trim. Saying that, a good supplier of top-quality aftermarket bits is Stillen [stillen.com], founded by US racer Steve Millen, who raced the 300ZX in the 1990s. The attraction of the 300ZX for me is the performance, the roadholding and the styling. Also, the fact that, at the end of a long drive, I get out still feeling fresh. I have an elderly customer who regularly drives his from Bristol to London on business, and he agrees!”

ENGINE - Ensure the timing belt, tensioner and water pump were changed at 60,000 miles. Look for oil leaks from the cam end seals and the crank rear main end seals. On automatic versions, they suffer heat transfer from the torque converter. Injectors can stick, causing misfires, but coil packs are reliable. Check if the seller allows the engine to idle at the end of the drive to lubricate the turbochargers.

ELECTRICS - Contrary to rumours, the alternator is reliable but can suffer fluid contamination from leaky power steering pump seals above it. The wiring loom in the engine bay often suffers heat damage. Check for damp front footwells where the drain channels from the roof, which run inside the A-post, leak onto the automatic gearbox ECU and fuse box. 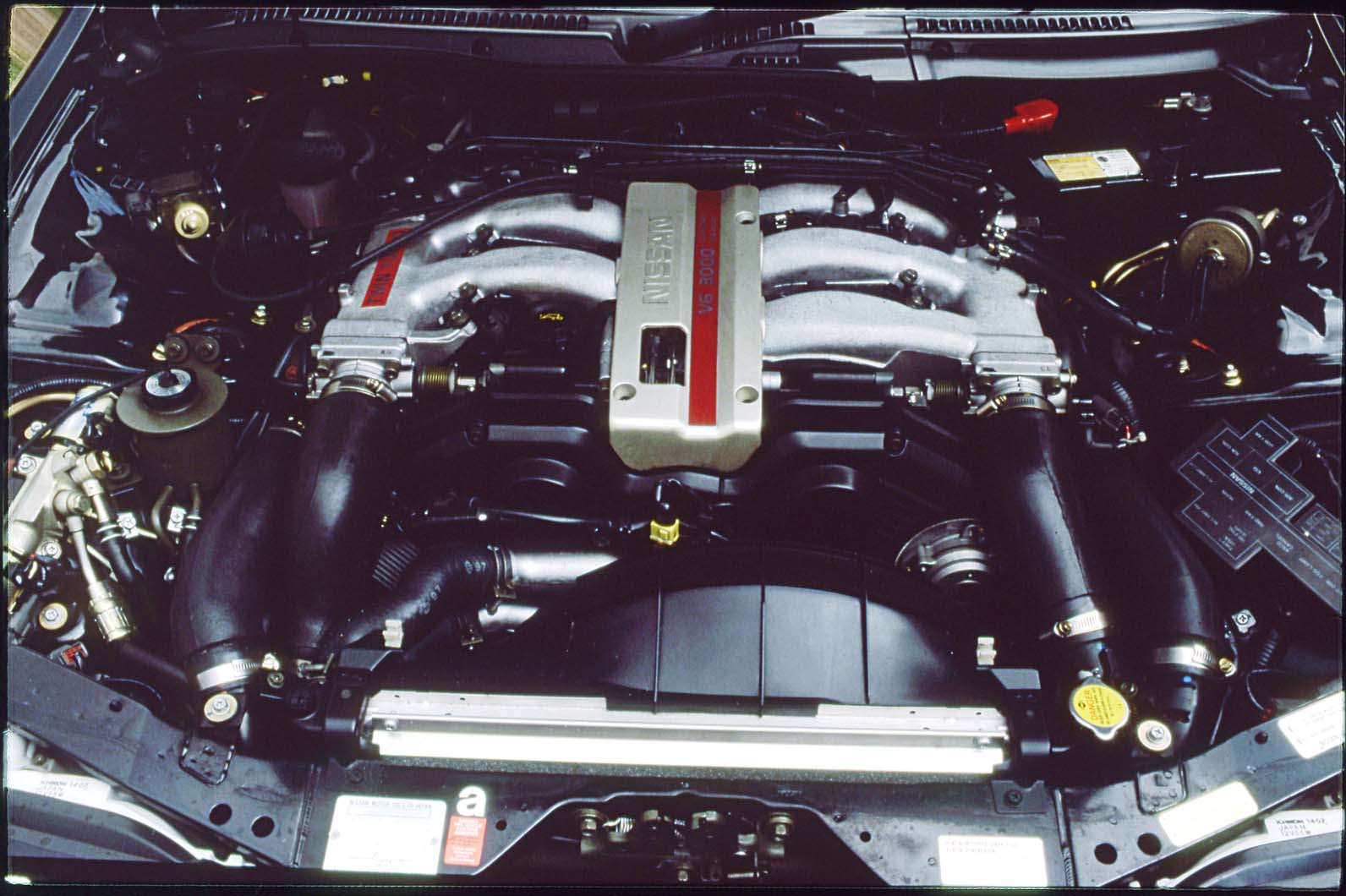 COOLING SYSTEM - The engine runs very hot but has a small radiator so regular flushing and fluid changes are important. Check the condition of the cooling hoses to the throttle bodies under the inlet plenum.

BODY - Rust is a serious issue on the sills ahead of the rear arches. It’s caused by the Targa-style roof drain channels becoming blocked. The three-layer sills (for strength) rust from within but bodgers just replace the outer sill.

Test a 300ZX from cold. When the engine’s idling, the boost gauge needle should be on the far left. In the middle could mean compression problems. Once the engine is warmed, the needle should indicate maximum boost of 9psi. After driving, idle the engine and check for blue oil smoke.

£1500 AND UP - It’s hard to be precise about prices since condition is everything. Runners start at £1500-£2000 and there’s a bunch for sale around £5000. Prize originality and maintenance over power upgrades and fancy wheels. Avoid serious sub-£1000 basket cases. Most ads are for autos but there are many more manuals about so keep your eyes open or check the club classifieds. The rare SWB is rated for its more sure-footed handling and good ones command a premium. 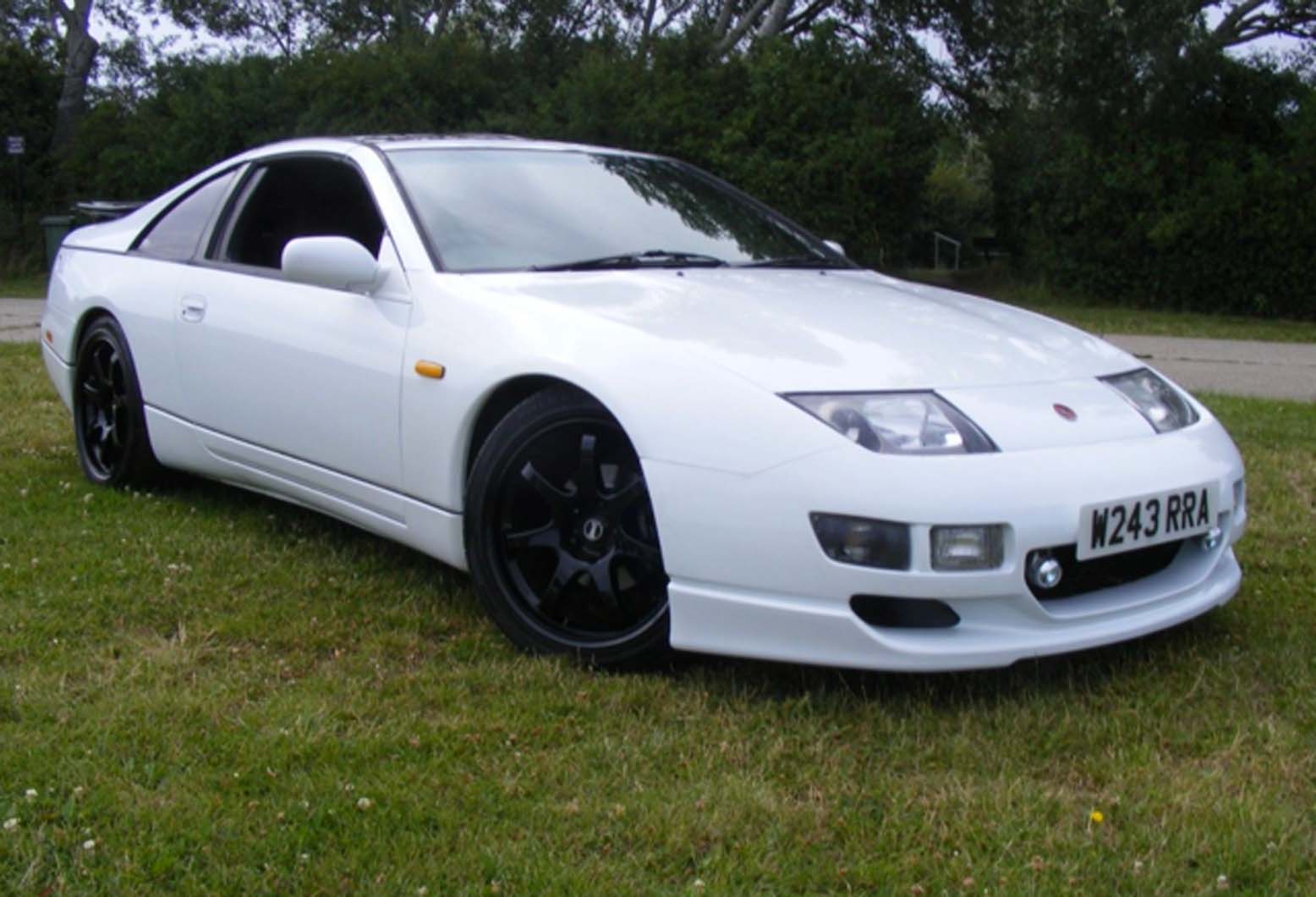 This Japanese import is one of the last ZXs so is a facelifted car. It’s a shame that it has an automatic gearbox but it has rarity and condition on its side. It has stacks of service history, too, plus all of its old MOT test certificates to help corroborate the mileage. JE

Great, For The Americans

I don't think the Z car reputation was restored by the 300ZX, because, as can be seen from the main picture, it was made for the Americans.