BACK TO ALL NEWS
Currently reading: Back in time: Remembering the DeLorean DMC-12
UP NEXT
Lamborghini Sterrato off-road supercar spotted testing

Back in time: Remembering the DeLorean DMC-12

Marty McFly and Doc Emmett Brown turned the DMC-12 into a star - but what about the people who made it in the first place?
Open gallery
Close

Were it not for a fantasy film about time travel, the stainless steel, gullwing-door DeLorean would be almost completely forgotten today.

True, its unusual body, the extraordinary story around its failure and the crimes of its creators earned this project acres of column inches before, during and after its brief 1981-83 production career. But without the Back to the Future film franchise, the DeLorean would interest only nostalgic car nuts and historians of Northern Ireland and the Thatcher government of the 1980s. 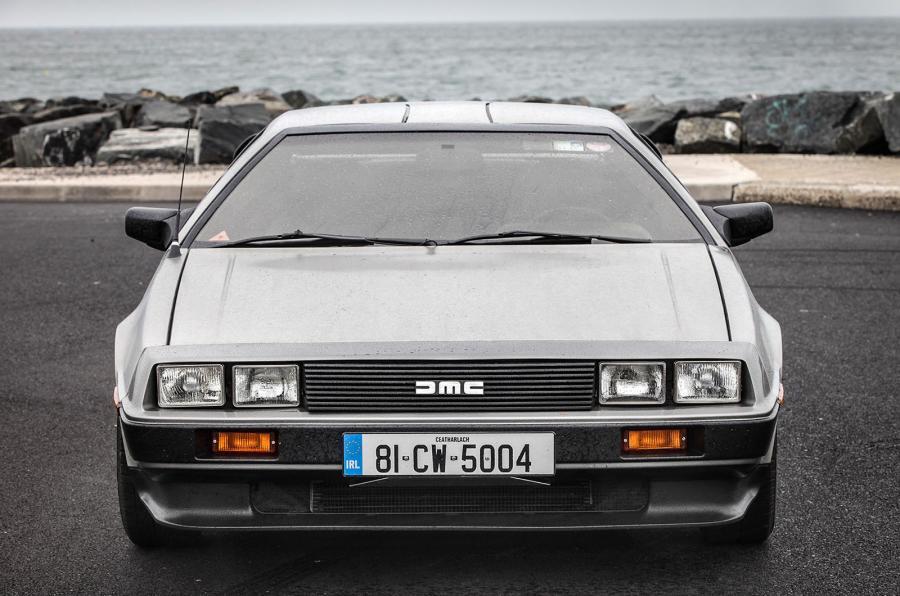 Though this much-loved film franchise has produced three major movies and a slightly less successful theme park ride, the story behind the car is at least as entertaining and almost as improbable. The tale of the UK’s government’s 1979 £53m funding of the DeLorean project intended to boost unemployment in a partial attempt to ease the Troubles, the unaccounted disappearance of several of those government millions, the involvement of Lotus, the apparently ‘convenient’ death of its boss Colin Chapman and the FBI’s framing of founder John Z DeLorean in a $1.8m cocaine bust has been told many times.

DeLorean himself was one of the most colourful and successful car men of the 1960s. He became the youngest-ever manager of a General Motors’ division at 40, his speedy ascent launching him towards the top job at GM - except that his casual style and TV studio-frequenting celebrity status was too much for a crusty board. He left in 1973, gifted with a Florida GM dealership and a salary.

What came next was John Z DeLorean’s most famous enterprise: the creation of a striking sports car bearing his own name, and a UK government factory in Northern Ireland to go with it. The then-Labour government saw DeLorean as a means of boosting employment in a severely deprived area, and for a while the project did just that. The car was developed around a backbone chassis and its body made from stainless steel-clad composite panels. It was rear-engined, powered by a Renault V6, and its gullwing doors guaranteed arresting arrivals. But the drama of the car's Giorgetto Giugiaro-sculpted style was nothing compared to the theatrical rise and fall of the company that made it. 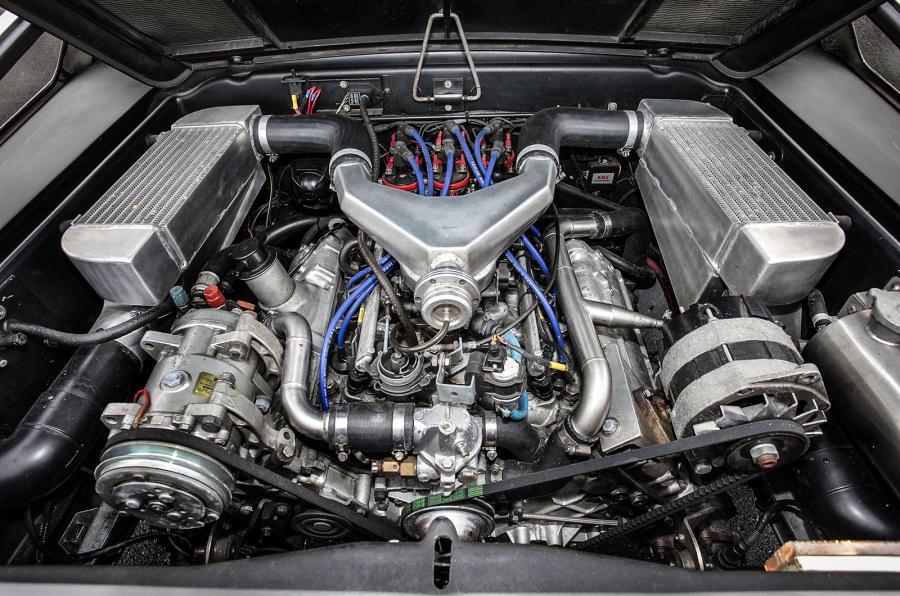 The story gained added piquancy with John DeLorean’s subsequent FBI framing in a $1.8 million cocaine deal and the politics around prime minister Margaret Thatcher’s disdain for funding a programme that her government had reluctantly inherited. DeLorean was eventually acquitted, his defence successfully arguing that he had been entrapped by the police. But by then the DeLorean Motor Company was dead as its founder’s credibility.

That was in 1984, but a year later Back to the Future made the car famous all over again. One of the many tragedies of this tale is that had this Hollywood exposure come earlier, it might have saved the company. But this story is not about the illicit siphoning of funds, drug busts, apparently mysterious deaths and political manouevrings by the UK and American governments.

Instead, it’s about some of the people behind the DeLorean itself, people who worked mighty hard to make a promising project happen, even harder to save it and put together an ingenious rescue plan that had the makings of a transformative deal. 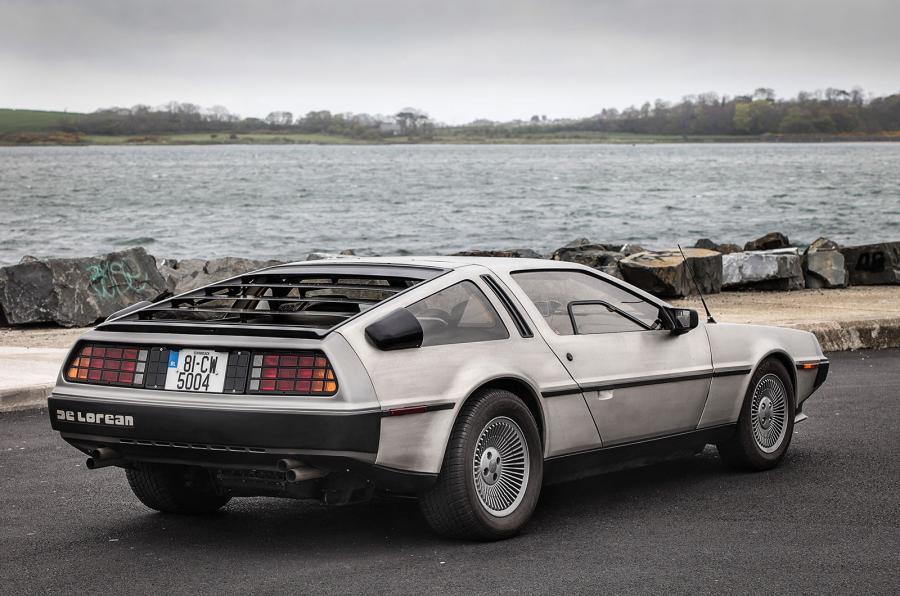 Lotus Cars was asked to consider developing the DeLorean prototype for production. "Colin Chapman and I drove a car in Arizona - at night - to see if Lotus would engineer it," recalls Mike Kimberley, then CEO of Lotus. "We arrived very tired at the Phoenix proving ground and kept going off the track in it. The heat was stifling. It didn’t look like they’d finished the car, although the basic shape was there. It had the right engine, but it was gutless. It was really a mule and not a prototype. It was a great disappointment. We decided the test was not fair to the car because of the conditions, so we drove it again the following day on the freeway. We were in the fast lane when we broke down with a fuel problem, and were ignominiously shoved off by a police cruiser."

Despite this, Chapman and Kimberley decided that Lotus would go ahead with the DeLorean’s development, which needed to be achieved in an absurd 18 months to meet DeLorean’s bold commitment to the UK government. "There were two teams of simultaneous engineers - 382 people working on it at Lotus on the VARI body (Vacuum-Assisted Resin Injection) and the backbone chassis," Kimberley says.

Kimberley and Chapman also tried to persuade DeLorean to change some of the car’s fundamentals to ease development and improve its handling. Most controversially, they wanted rid of the gullwing doors. "We tried for an alternative but we lost on that, the rear engine and the stainless steel bodywork," says Kimberley. 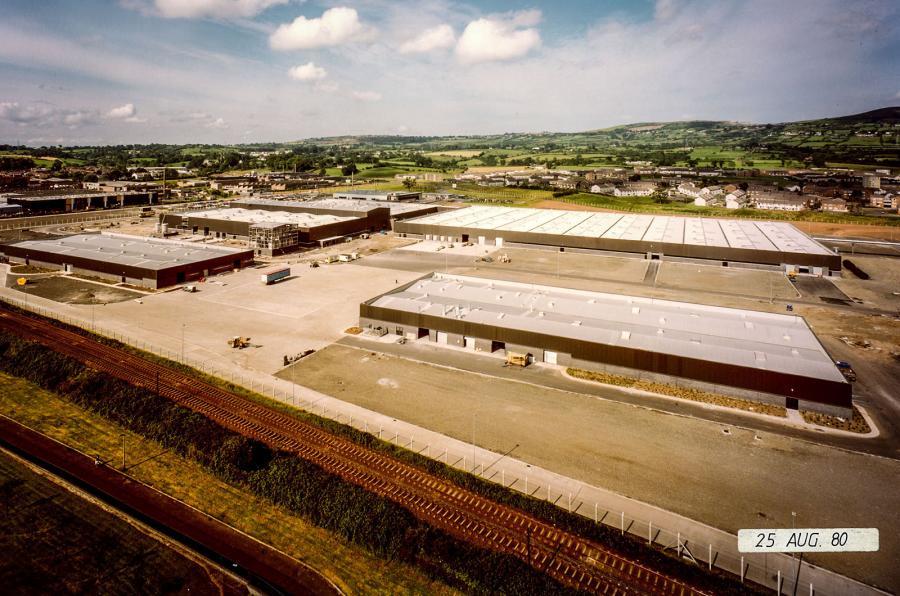 But the point Kimberley is keenest to make is that the development of the DeLorean "went from a clean sheet to production in 26-28 months. It was the fastest ever in the industry, and it’s never been beaten. The whole programme was a hell of an achievement for the teams, and the best I’ve ever seen.""It was a reasonable car," he adds guardedly, "and would have been successful. But in 1982 no-one could sell a car anywhere. It was the second oil crisis. Even Toyota lost $600 million. In America you couldn’t get gas." Despite this, ‘in mid-’81 the US dealers couldn’t get enough cars. So the factory put on a third shift for the body and a second for assembly in the middle of all this. Then came the massive recession,’ says Kimberley. We had a credit line with a limit, which DeLorean was on, and in August ’82 there was no more money from Thatcher.’

Barrie Wills was one of DeLorean’s earliest hires and among the last to leave the company. He joined in October 1978 as director of purchasing, and became chief executive in May 1982 during the receivership period, when he mounted what was considered a very credible rescue plan. He has just published a highly detailed and engaging book, titled "John Z, the DeLorean and me".

Part of Wills’s solution for the business was to add a second model, and a low-cost opportunity to do just that came when BL Cars announced the end of Triumph TR7/8 production in summer 1981. "We were halfway through the negotiations with Austin Rover to buy the TR7/8 convertible, with help from the West Midlands development agency," he says. "We thought we could save DeLorean by putting the two cars together." The idea was to perform a low-cost restyle of the sports car.

"BL would not allow the Triumph or TR names to be used, so we planned to rebrand the car to Healey, with Geoffrey Healey’s approval. The Healey 3500 would be the V8, Healey 2000 the 2.0 litre. And the DeLorean Motor Company would be renamed the Dunmurry Motor Company - DMC." 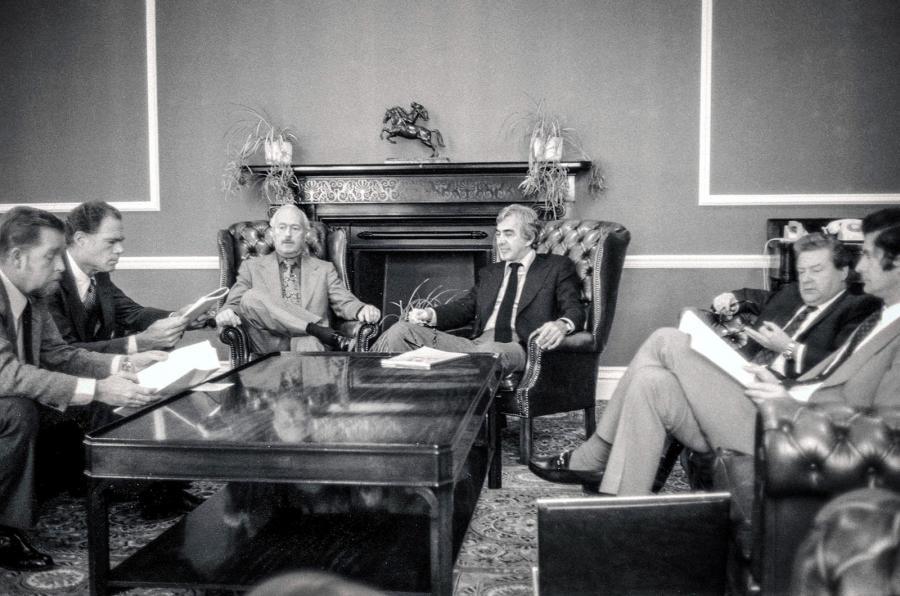 "Merchant banks 3i and Hill Samuel would gather the money. We needed £20m." Most of this was to come from outside investors, and just £80,000 was required from the government via the Northern Ireland office. "Minister Jim Prior was supportive but a Tory wet [whose stance Thatcher disliked] and had the poisoned chalice of Northern Ireland," says Willis. "Prior decided he needed to clear it with Thatcher. There was never a cabinet meeting to discuss the situation, which was moving very fast.

"We heard that Prior had botched his presentation to Thatcher, in that he confused her by giving the impression that the ‘UK Consortium’ had no funds at all. As a result, Thatcher thought we were asking the Government to put more money into DeLorean. In fact, all Prior was seeking was a nod of approval. However, the lady didn't listen properly to Prior's question. 'Tell the receivers to do their job!' she said. 'There will be no more money!'"

Handyman Joe Murray "did the decorating, which meant that I went everywhere". Including John Z DeLorean’s company offices with their luxurious plush carpet. "The unique thing was the personal bathroom and a telephone in the toilet - that was one thing that impressed me," he says.

Murray also remembers mixing up a couple of famous Carsons; John DeLorean’s showbiz connections brought US chat show host Johnny Carson to the factory, rather than Irish comedian Frank Carson, who Murray had been expecting to arrive.

DeLorean was a family business for Murray, as it was for many employees, because his wife made seats for the cars. His dedication to the company remains powerful even today, and has led to him collecting a sizeable catalogue of memorabilia, photographs and documents. You can feel his belief in the project, and his sadness that it died - a sadness that would have affected thousands more at the time, since Dunmurry was hugely dependent on the plant for employment.

Although the huge effort that went into creating the DeLorean has largely been forgotten, the car certainly hasn’t. Not only has it been immortalised in the Back to the Future films, but this famous car from the past is also being used to develop the autonomous car of the future. America’s Stanford University has developed a driverless, electric DeLorean that explores the idea of a car deliberately turning itself unstable and drifting in order to avoid accidents. The test car is known as the Multiple Actuator Research Test bed for Yaw. Or MARTY.

This article was originally published on 21 October 2015. We're revisiting some of Autocar's most popular articles to provide engaging content in these chalenging times.

Back (again) to the future: driving an electric DeLorean

The finest cars with gullwing doors

...as a Scalextric car as seen in BTTF.

My second favourite movie car, after Bandits Trans Am

Someone local to where I live has one and it's in regular use.

My second favourite movie car, after Bandits Trans Am

Someone local to where I live has one and it's in regular use.