BACK TO ALL NEWS
Currently reading: The best foreign cars built in Britain
UP NEXT
The next Hamilton? Autocar meets F1 prodigy George Russell

What’s the finest car to have been built in the UK for an overseas firm? Eleven of our writers name their favourite and explain why
Share
Open gallery
Close
Share story

The fortunes of the British motoring industry have waned over time – but as our look at Toyota’s Burnaston plant shows, the UK continues to play a huge role in car making. Plenty of overseas firms have produced cars here, so what’s the best one built in Britain that’s not actually British? Here's what the Autocar team think. 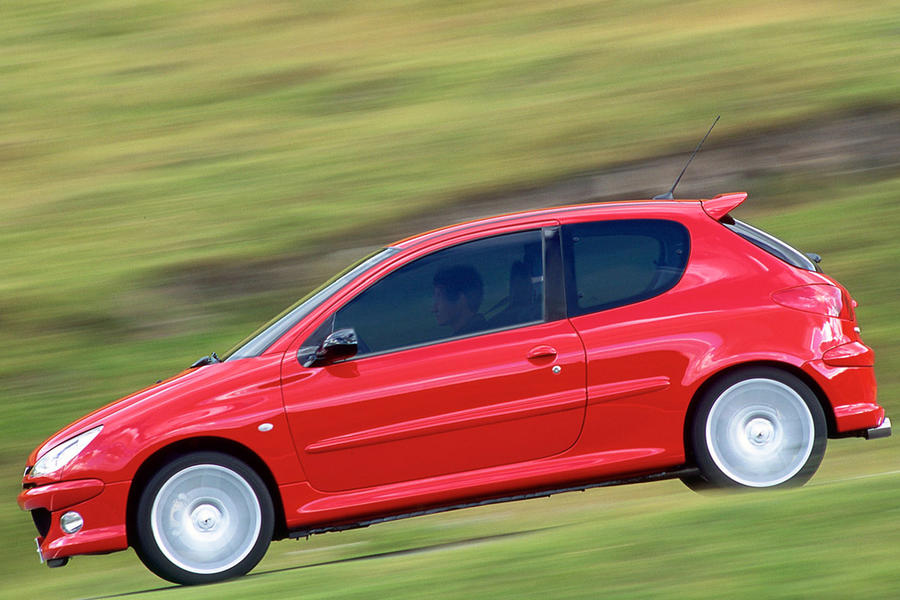 There was a point in the mid-2000s when you seemingly couldn’t drive a mile without spotting a Peugeot 206. Launched as a late replacement for the immensely popular 205, after the 106 and 306 failed to fill the gap, the 206 became the most successful model ever built at Peugeot’s Ryton plant near Coventry. The 206 GTi 180 was a highlight of the range, despite failing to outshine the legendary 205 GTi, and today can be bought at sensible prices. 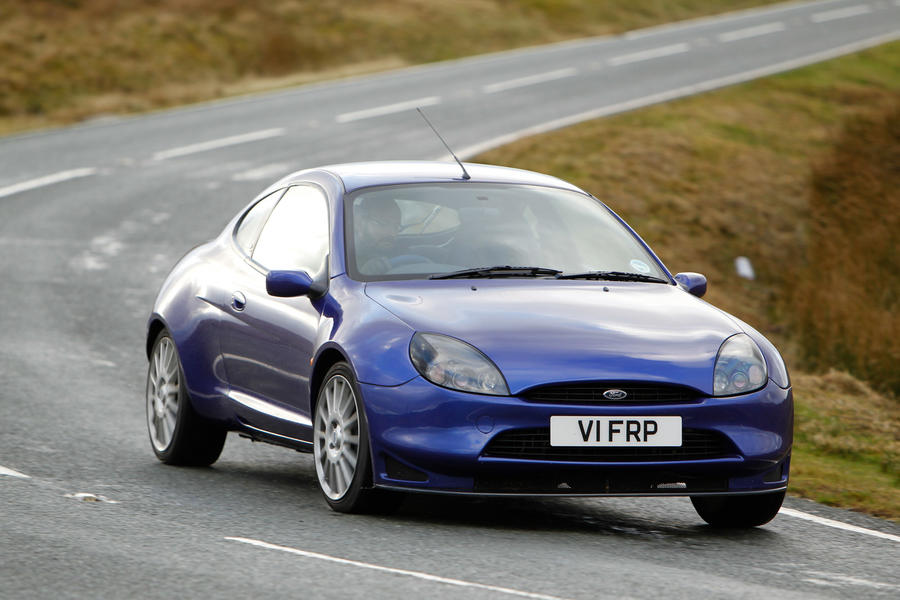 You’ll have to allow me some poetic licence here, because the basic 1.7-litre Puma on which the brilliant Racing Puma of 1999 was based originally hailed from Ford’s Niehl plant in Cologne. But the conversions were carried out by hand at Tickford in Daventry. Each week, 20 cars left the short production line with pumped-up arches, better brakes, wheels and tyres, and lovely Alcantara-trimmed Sparco bucket seats, among many other additions. At £22,750, the Racing Puma sold poorly when new, but rightly it’s now seen as a collector’s item. 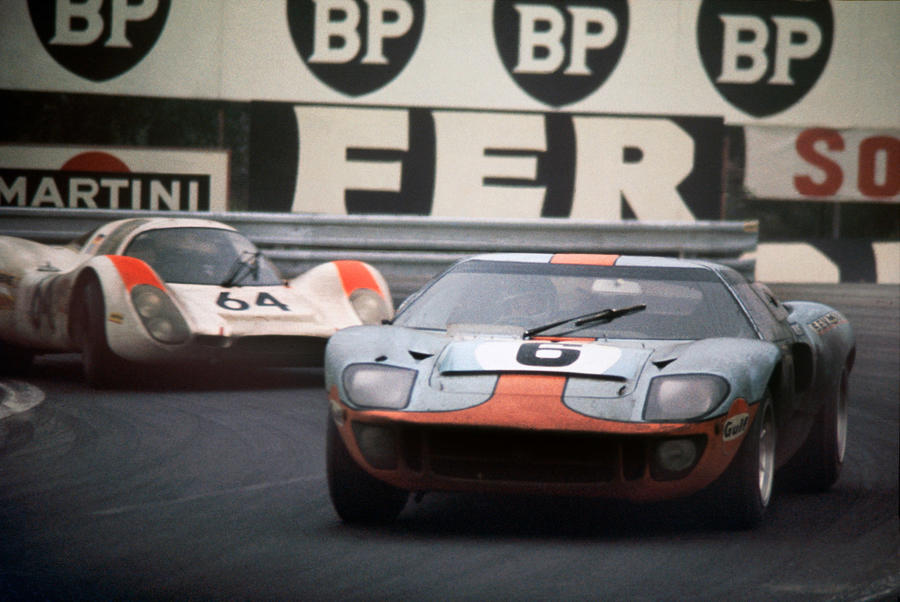 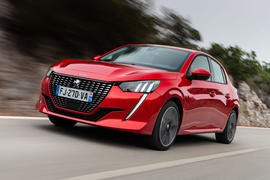 Knocking long-reigning Ferrari off the Le Mans 24 Hours top spot is enough for any car to achieve hero status. Such was the success of the Ford GT40, whose Mk1, Mk2 and Mk3 variants were built at Ford’s Slough plant. The car was based on the British Lola Mk6 and used Ford’s V8 powertrain. Having broken Ferrari’s winning streak in 1966, the GT40 won the next three Le Mans 24 Hour races. Its 1969 victory, driven by Jacky Ickx and Jackie Oliver, was in the iconic Gulf blue and orange livery. 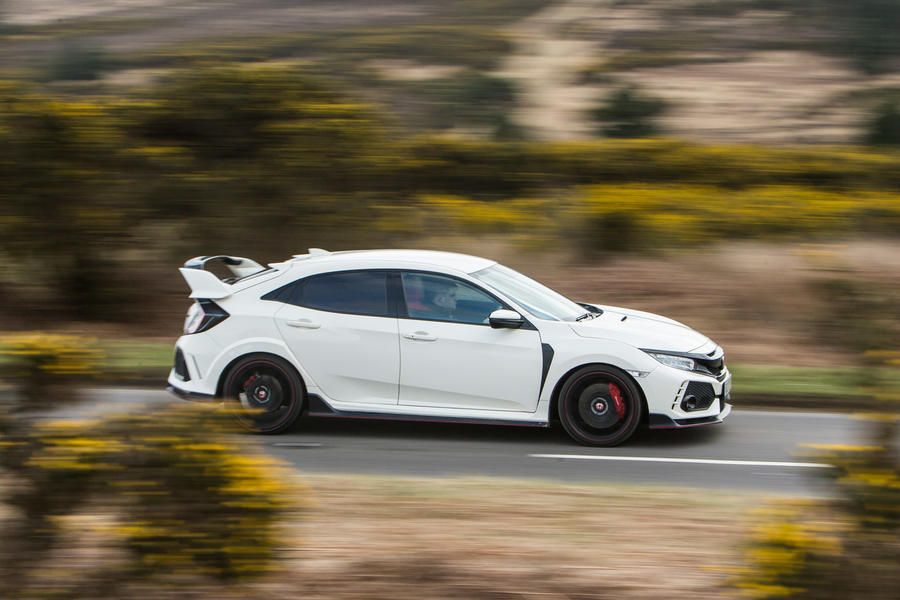 I’ve picked the Type R as much for the brilliance of the car itself as the disappointment that Honda’s Swindon hub, where the hot hatch is built, will shut its doors for good in 2021. The plant has been a major employer near my home town for 35 years and has produced millions of Civics over the past quarter decade. The latest – and last – Swindon-built Type R is one of our favourite hot hatches, combining giant-killing performance with a surprising amount of comfort and usability. 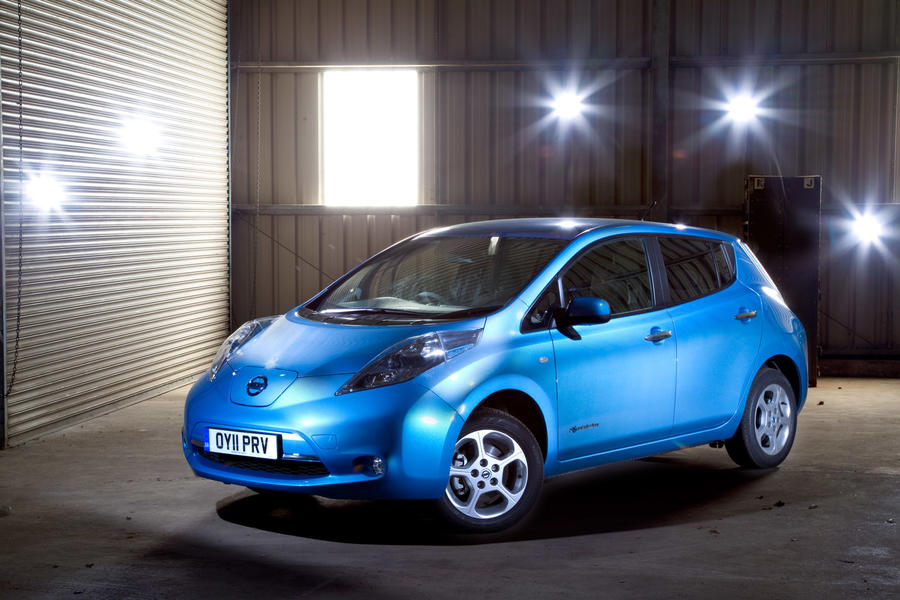 It’s the Nissan Leaf for me. Not sure the company gets nearly enough credit for this excellent car, which appeared in the first instance when no one else had the bottle to make electric cars in volume. It’s now available in several different versions of a much improved model. It looks like an ordinary Nissan now but has all the best electric car features – smoothness, quietness, torque from zero and so on. But the company badly needs to improve the desirability of its products. People always look past them. Bring back the Z-car! 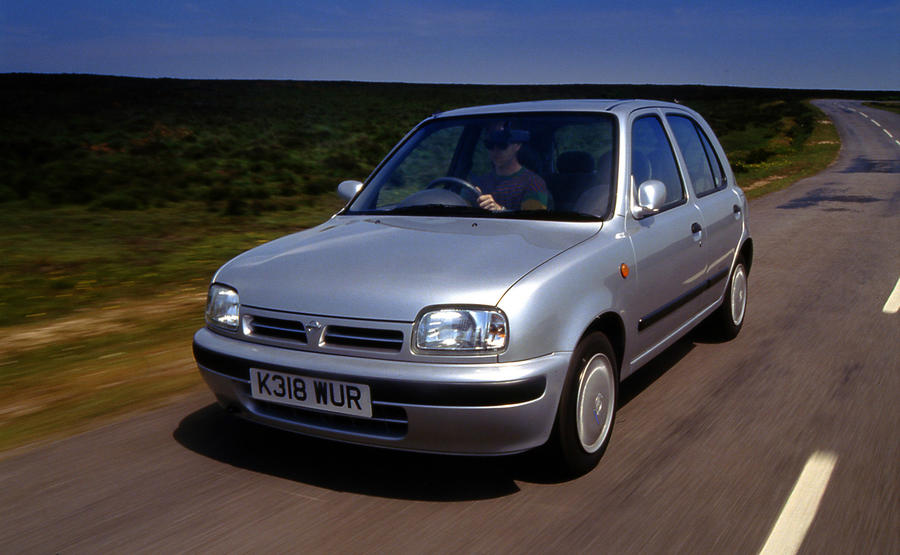 Beloved of old fogies and nervy youngsters, the Sunderland-built Micra Mk2 is an unlikely automotive hero but stands out for its accessible-to-all spirit and cutesy, bubble shape. Even today, it remains a Bangernomics staple, an icon of our roads as well as a first symbol of the brilliance of the workforce in Tyne and Wear. Between 1992 and 2010, more than 2.3 million Micras rolled off the line – although perhaps the less said about the Mk3, which flowed down the lines from 2002, the better.

Honda Accord Type R - Matt Prior 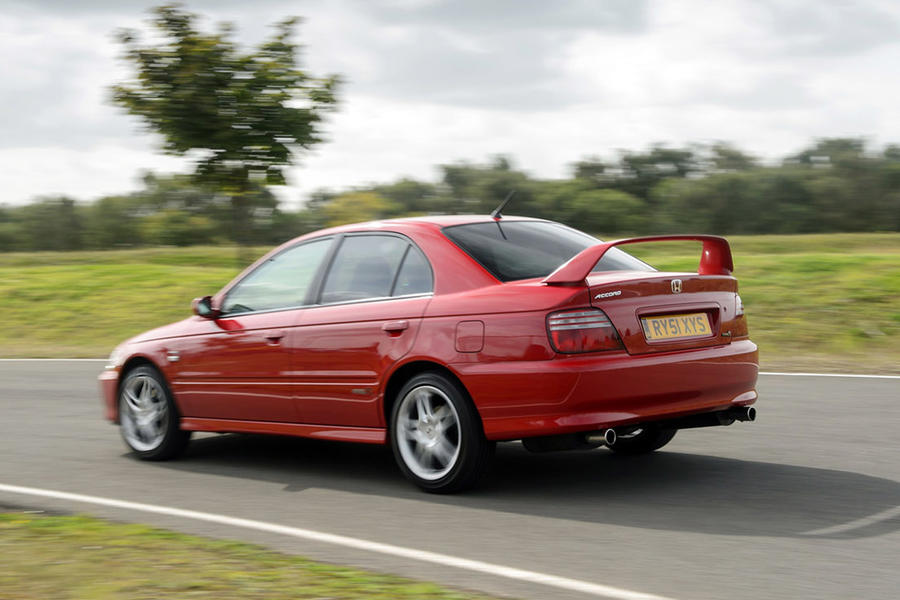 I’m going to say it: the Accord Type R is better than any Civic Type R. I think. Probably. Hmm. Well, anyway, I like it a lot. It’s certainly the most underrated Type R. It’s a terrific sports saloon, with a shell that feels incredibly stiff but a chassis that has untold compliance, brilliantly communicative steering and, of course, a VTEC engine. With 98bhp per litre and a 7500rpm limit, it combines the best of Honda’s revvy-ness with a dose of 2.2-litre low-end drivability. And it weighs just 1306kg. Even many hot hatches aren’t under that these days. 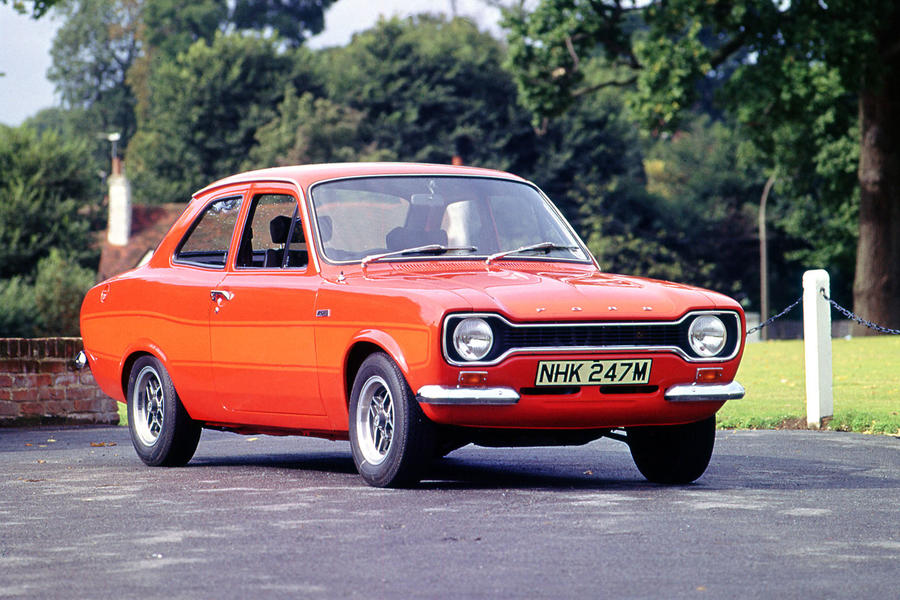 The Ford Escort feels such a key part of Britain’s motoring story that it’s easy to forget it’s the product of an American company. Developed by Ford’s European arm and at times built at both its Halewood (now owned by Jaguar Land Rover) and Dagenham factories, the first-gen Escort became a huge hit in Europe – and particularly the UK. Plenty of reasons to love the Escort Mk1, then, but for me there’s another: it’s still really popular in historic rallying, and few sights can beat a sideways Escort, BDA engine screaming, tackling a forest stage. 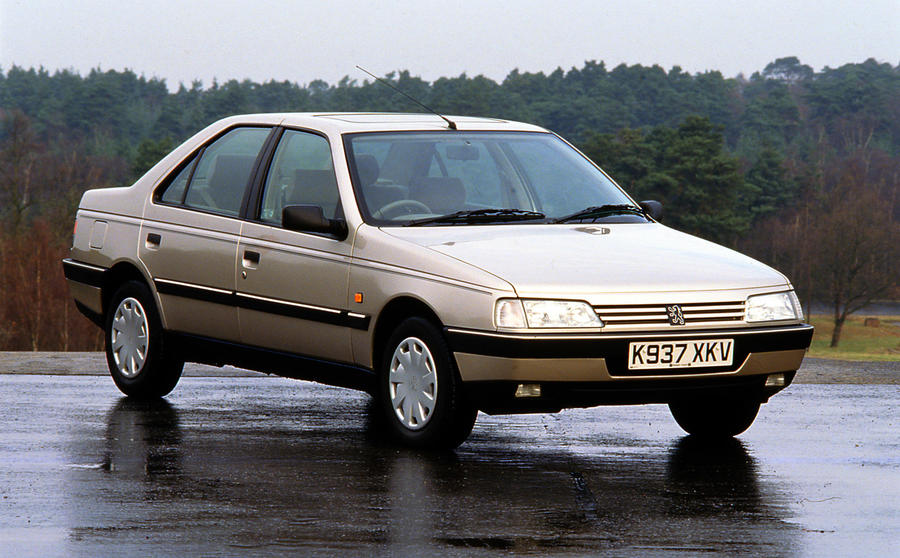 The humble Peugeot 405 is nothing if not worldly. Designed in Turin by Pininfarina, engineered by Sochaux’s finest, elected European Car of the Year 1988 and built under licence in locations as far afield as Argentina, China and Taiwan, it’s a real globetrotter. One factory in Azerbaijan is even still building it. It was Peugeot’s less exotic Ryton plant, however, that supplied right-hand-drive 405s to Britain’s army of fax machine sales reps and frugal families, who were no doubt soon charmed by its many quirks and surprisingly tight steering. 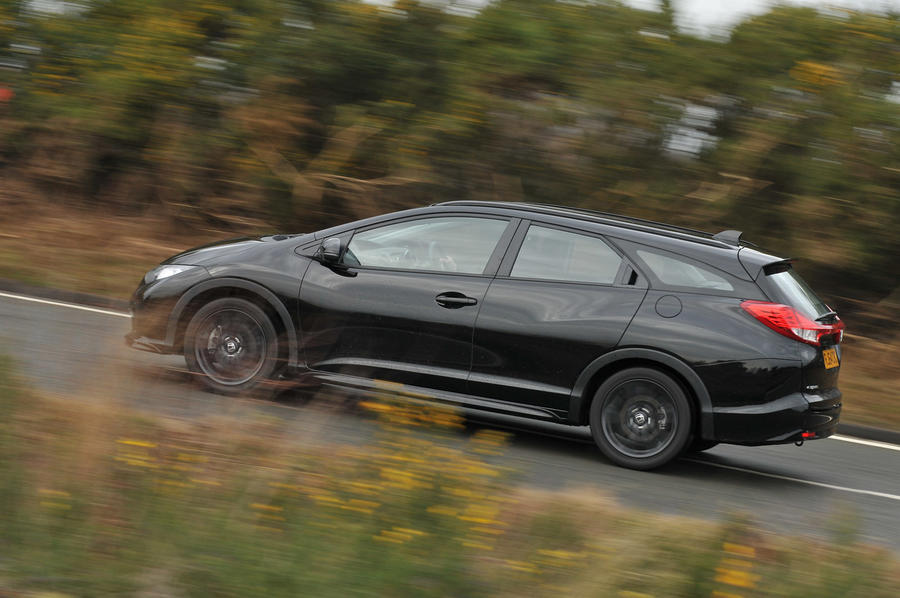 A few years ago, just after David Cameron botched his last bid to renegotiate the UK’s place in the EU and the whole Brexit juggernaut started picking up speed, I did a group test of the best British-built volume cars on sale at the time – among them the Mini Clubman, Nissan Qashqai and Vauxhall Astra. The old-shape FK-generation Civic – introduced in 2011 – topped the lot. And when Honda brought out a Tourer version in 2014 (better looks, adaptive dampers, even more space), it made a genuinely innovative and interesting car even better. 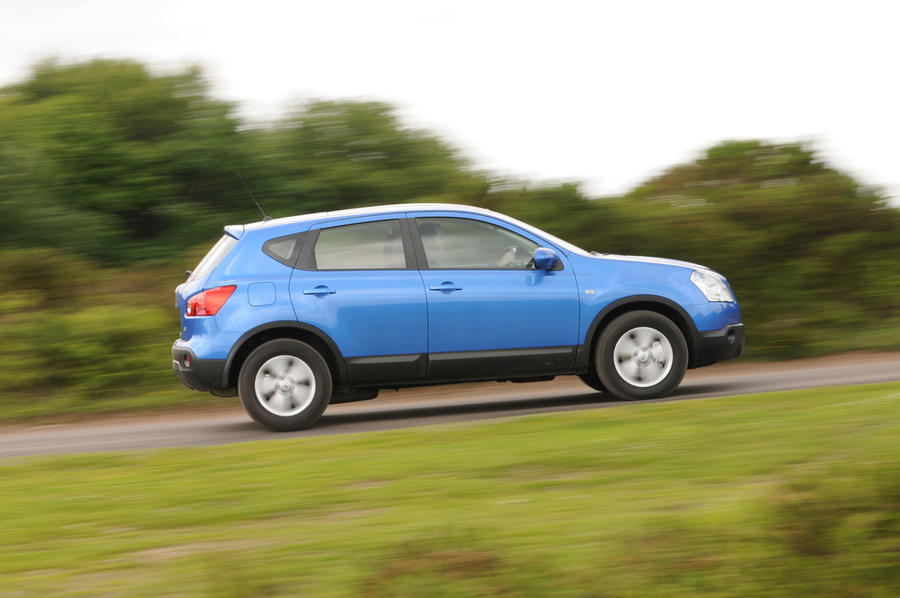 “Nissan wants you to see the Qashqai as part-SUV, part-coupé and part-MPV. It is none of these.” So said the 2007 Autocar road test of the first Qashqai, then very much a curiosity rather than a phenomenon. Our verdict wasn’t all bad, mind. We reckoned the Qashqai was simply a different kind of family hatchback, better in some ways and less so in others. Buyers only really saw the former; so did other car firms as they rushed to build a ‘Qashqai rival’. Well over three million Sunderland-built examples later, Nissan didn’t just create a part-SUV, part-coupé and part-MPV, but also a bona fide British automotive legend.

Was n't the reputation of the

Was n't the reputation of the rwd Escort was made by the likes of Gardner, Mikkola, Mann, Duckworth & Costin? The basic car was barely mediocre.

Rose tinted specs for the

Rose tinted specs for the basic car. Its like the Lancia 1.3 Delta compared to the Integrale 4x4.
Citytiger 8 May 2020

Not a mention of the F1 industry...

Taking over the World.

KIA I would say unfortunateley are taking over. Warranty and price seem to be the important ingrediant
View all comments (5)