BACK TO ALL NEWS
Currently reading: Peugeot opens UK order books for new 208 and e-208
UP NEXT
New Volkswagen Golf R 20 Years is most powerful production Golf

Orders are now being taken for the new Peugeot Peugeot 208, in petrol, diesel and electric form, ahead of customer deliveries of the new Peugeot supermini beginning in early 2020.

Prices rise to £17,350 with a 99bhp turbocharged engine, while mid-spec Allure trim with the same engine is £18,850. The eight-speed automatic gearbox option adds £1400 to the spec, but 17in wheels, a black B-pillar and leather-style seats are standard at this level.

Range-topping GT-Line trim starts from £20,700, and includes mood lighting, twin-exhausts and a black contrasting roof. On GT-Line and EV-specific GT trim, black wheel arch extensions are applied because the two versions get a 12mm-wider track than lesser 208s. On the GT-Line, it’s for effect only, but the EV’s powertrain necessitates it because its front axle has a wider stance. Peugeot’s designers, like a lot of companies, would prefer the 208 to feature larger wheels, but “in this segment, cost is important”, said Yann Beurel, the 208’s design manager.

All trim levels can also be equipped with a 1.5-litre diesel engine from £18,850, but more interesting is the pricing of the 136bhp all-electric variant. 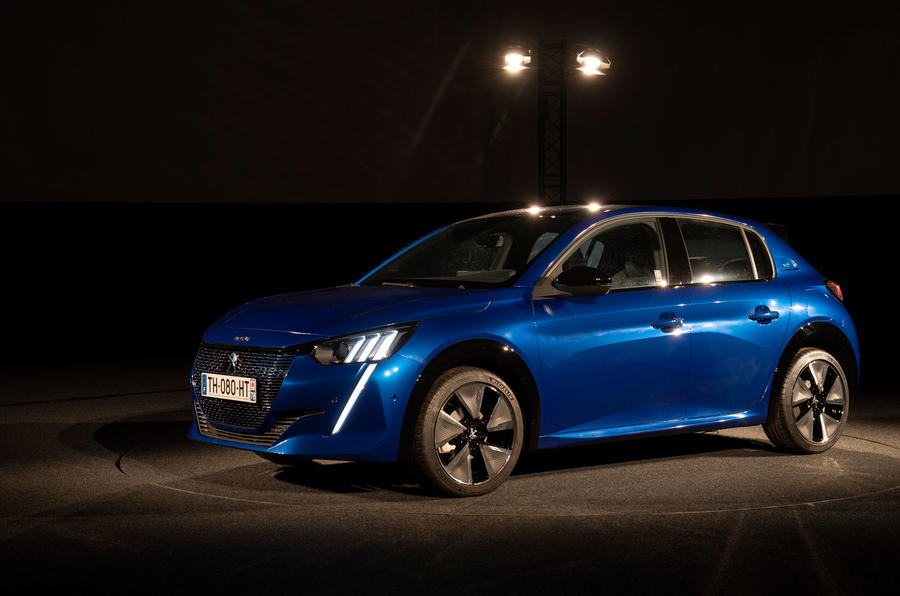 The Peugeot Peugeot e-208 starts from £25,050 in base Active form, with four trim levels topped out by bespoke GT spec, maxing the range out at £29,650. That pricing includes the £3500 government grant and a high-speed domestic charging cable, which is claimed to be capable of charging the e-208 in 7.5 hours from a 7kW charging point. Top-spec models feature adaptive cruise control, a stop-start system, lane assist, Alcantara interior trim and a larger 10in infotainment display.

Specification details further down the e-208 range are largely identical to conventionally fuelled variants, but the EV sits on 16in steel wheels in Active and Allure trim.

Around 4cm longer, lower and 30kg lighter than the car it replaces, the new 208 will offer a “more dynamic stance” than the previous one, according to Beurel, who describes its looks as “futuristic and young”.

The car is five-door only and based on Peugeot’s new CMP (Common Modular Platform) architecture, which underpins the latest DS 3 Crossback. It will form the basis for the next Vauxhall Corsa now that Vauxhall-Opel has been integrated into the PSA Group.

The new 208 offers its three powertrain options “without any compromises”, according to 208 product manager Nicolas Bonnardon. 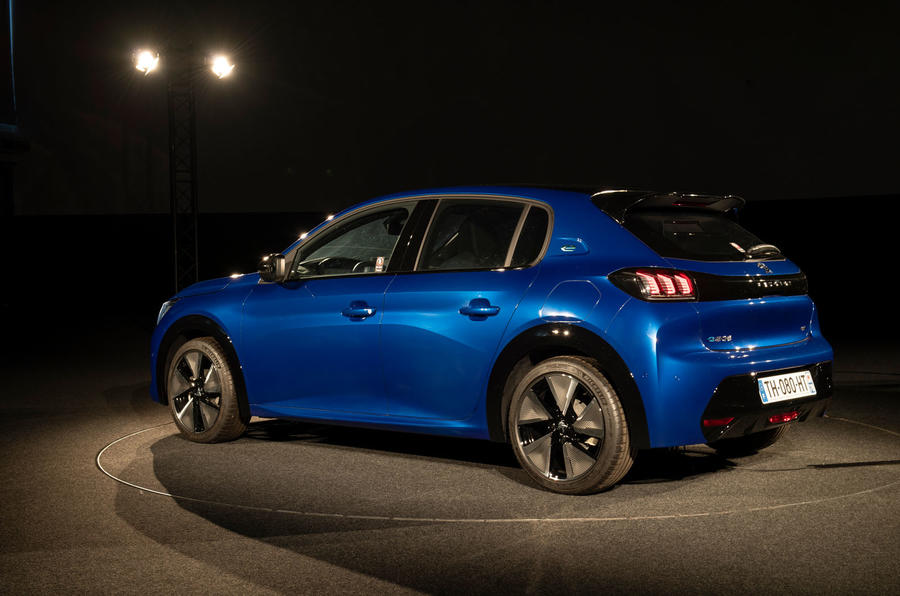 All variants are front-wheel drive. Batteries for the electric 208 sit in an H-section stretching beneath the rear seats, which is where the fuel tank is on internally combusted (ICE) variants, to beneath the front seats.

Visually, bar some colouring on the front, the badges and the addition of aerodynamic wheel trims, there is very little difference between ICE and EV 208s because PSA thinks EVs and plug-in hybrids will become a natural part of each car’s range. 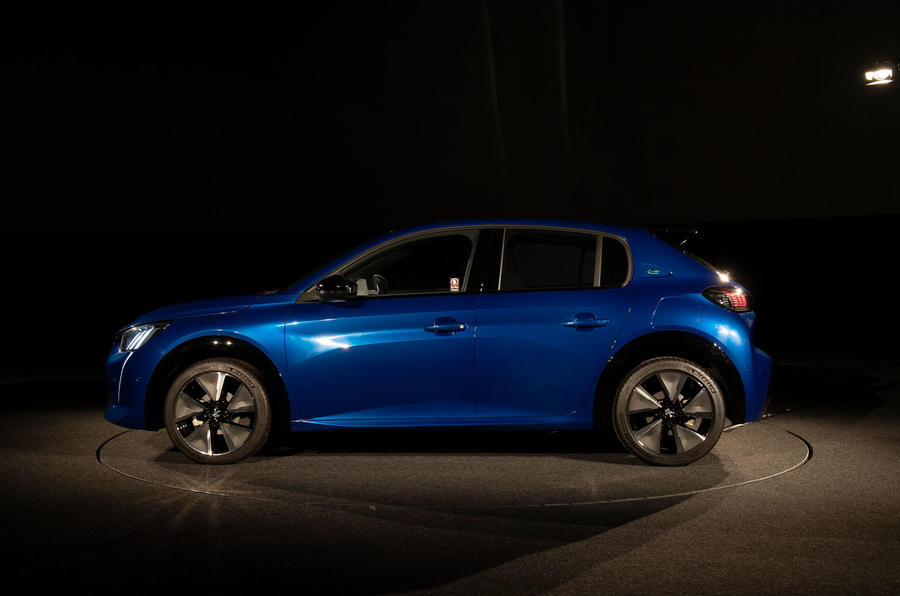 “We wondered if customers would want specificity on an EV,” said Beurel. “But they said they ‘didn’t want a flag on the top’ so the frontal intake takes body colour and there’s a blue-green tint on the lion badges.”

Inside, the 208 gets an update of Peugeot’s still-controversial i-Cockpit, which features a small steering wheel that tends to sit beneath or, for some drivers, in the line of sight of the instrument pack.

Bar the option of a night-vision camera, convenience, driver assist and infotainment systems on offer in the new 208 are the same as in the bigger, more expensive Peugeot 508. But there’s new equipment in the 208, too, including a neat three-dimensional element to the instrument cluster. Using a reflective screen as in a head-up display, the most important info can be brought to a small screen in front of the main instrument pack. 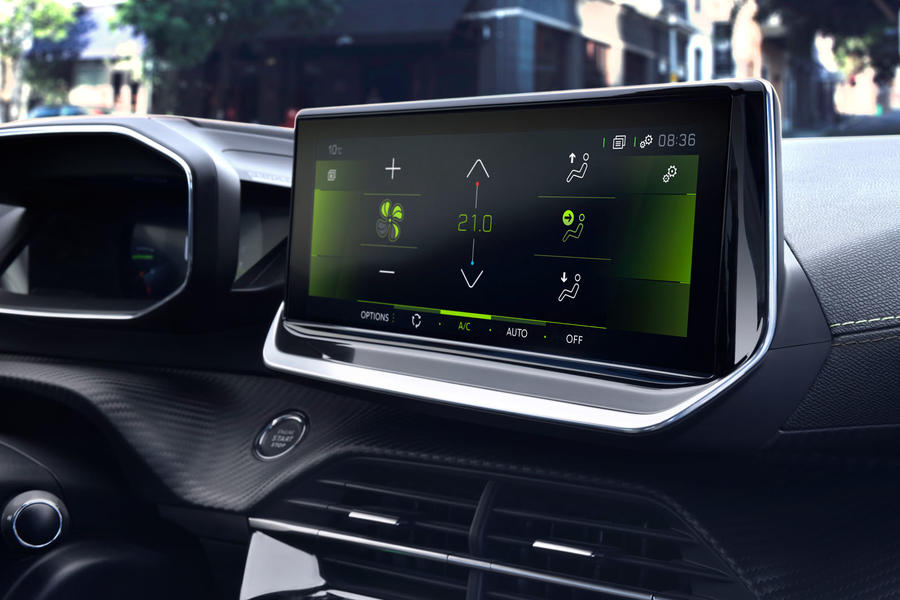 And if the i-Cockpit layout has its critics? “We’ve sold five million cars with the i-Cockpit,” said Beurel, “and customers are telling us that they’re happy with it.”

What’s the thinking behind the new 208’s design?

“Basically, the idea was to make sure we were doing a sexy little hot hatch, in a modern kind of way. If you look at Peugeot 206, Peugeot 207, Peugeot 208 along the years, the generations became more mono-spacey-looking, which was maybe a trend of the 1990s, 2000s. But here we wanted to have this really amazing sexy-looking, four-wheels-in-the-corners cute thing.” 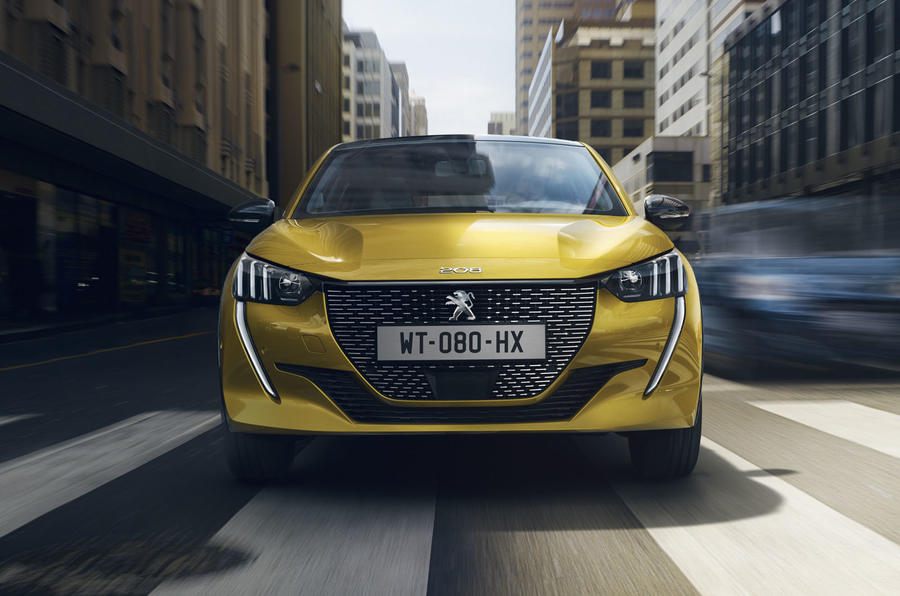 Is that why the windscreen has moved rearwards?

“Sure. And to achieve this look, you don’t just need the silhouette. You need to have muscle. Not too much, and some shoulder but not too much, and the wheels in each corner, ideally. Hence the idea of having these added-on black pieces.”

“When you do not have them, the body is quite sculpted, so it casts a strong shadow and the form makes the wheel look bigger and the wheel right in each corner of the car.” 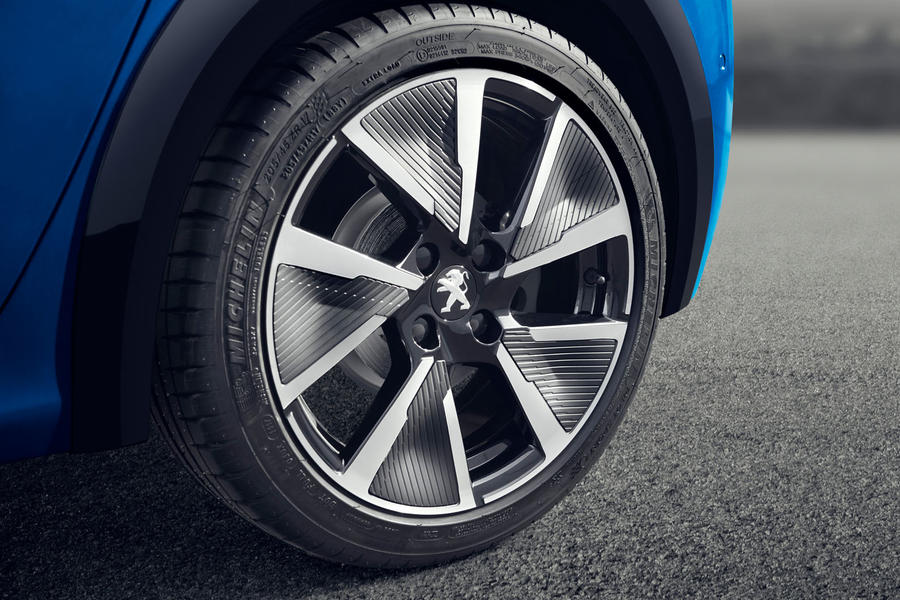 Is that hard to achieve?

“In the automotive industry, there are more things in the nose so overhangs grow bigger and bigger. The obvious example is if you look at Minis: the first, second and third one. Every time you have to add more and more material [to meet safety regulations]. So the idea for us was to trick all those constraints to end up with a cute little thing with ideal proportions as much as we could.”

£16,250 for a weedy 75BHP base trim supermini?! Have these greedy manufacturers gone nuts?

This relentless car price inflation is unsustainable - no wonder people are not buying new cars!