BACK TO ALL NEWS
Currently reading: Why Jaguar Land Rover is back in profit
UP NEXT
Fisker goes radical with Pear EV SUV

Falling sales in China and the impact of the likes of Brexit and the drop in demand for diesel caused JLR to announce a £2.5 billion turnaround plan a year ago. Called Charge and Accelerate, the plan has completely changed the way the company operates.

The move followed almost a decade of record volume growth (sales in 2017 exceeded 600,000, more than treble 2009’s total, and were spearheaded in recent years by growth in China) and that helped fuel profits, which topped £2bn in 2015.

But at the end of the 2018/19 fiscal year, that had turned into a £3.6bn loss (including a £3.1bn write-down in assets, centred on diesel) so dramatic had the JLR decline been. And the positive progress is continuing, with the firm posting a £156 million pre-tax profit in the most recent financial quarter.

JLR CEO Ralf Speth said at the recent Frankfurt motor show that the Charge and Accelerate plan is on track and “going very well”. He said: “We’re ahead of targets so we will achieve them.”

He added that each investment decision is still a process of “turning a stone three times” to check it is right but the “right products” have had investment protected. That process meant temporary factory shutdowns in response to falling demand and cutting 4500 jobs. But it has also refocused how the company does business.

When asked about sales targets for the reborn Land Rover Defender, Bräutigam said more broadly that volume is not something JLR now judges itself on.

“We don’t want to be driven by volume. It’s not the measure of success for a premium brand,” he said. “We want to build great cars and make money, not just shift units. “It’s more about profit, delivering that and having a sustainable business model. Not just business profits, but added value for the brand as well as the company.” 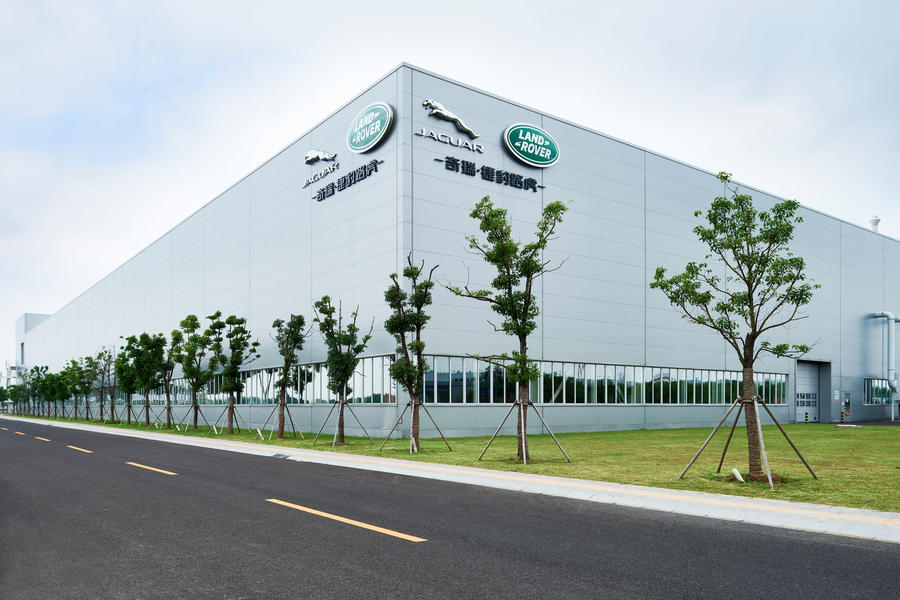 JLR was hit particularly hard by falling sales in China. Its sales fell 22% there in 2018. Sales of premium rivals BMW, Mercedes-Benz and Audi rose in China in 2018, with JLR’s drop put down to quality issues and an unruly dealer network.

Protesters complaining about the quality of their cars have been a regular feature at JLR’s Shanghai HQ and it’s understood that JLR is awash with models on airfields in the UK that had been destined for China but can’t be sold there due to quality reasons, although no one in the company will confirm this.

However, Bräutigam said there are now the “green shoots” of a recovery in China – a claim backed up by sales in the country rising 24.3% year-on-year between July and September this year.

He said: “We worked intensively with the retailers. There was room for improvement to get them on the highest level.”

He added that JLR will no longer discount models in China. “China is now focused on price, and being aggressive on price,” he said, adding that JLR will not join the price war breaking out.

“What we do right and wrong now will influence us in China for the next 15-20 years,” he said. “I feel we’re gaining traction and getting better in sync to the market, but it’s still declining [as a whole] and facing headwinds on a macro level. It’d be nice if we had a tailwind but it’s a tough environment. We got on the treadmill, got leaner and Charge and Accelerate got us fitter and on a good path.”

“We could fight for market share at a cost, but we could instead entice people into some niches, and then not discount, and say that’s the price,” he said.

The company has protected investment in product development and, to that end, is instead committed to developing more electric cars. An all-electric Jaguar XJ will join the Jaguar I-Pace next year, with a sibling model for the Range Rover line-up following hot on the XJ’s heels as Land Rover’s first electric car.

The huge investments needed in electric cars are enough for many car makers much larger than JLR to pool resources in order to be able to develop them, most notably Volkswagen and Ford. JLR has itself teamed up with BMW to develop electric drive units rather than models.

Electric cars, then, are where JLR’s product investments will lie for the foreseeable future. However, JLR still believes it can make money from electric cars in the short term. “We don’t do hobby projects,” said Bräutigam, when asked if the I-Pace makes money. “Every car has to make money.”

Hopefully JLR has turned the corner and that Nitra plant can get Phase 2 expansion project under way. Great plant, top class workforce. But UK unions and management needs to stop interfering and causing seemingly unnecesary delays to parts deliveries

It takes some doing to not be able to sell vehicles in a market where indigenous manufacturers are still not reaching the best Western quality standards. Not sorting out a long standing quality question mark is a serious failing of senior management. In the past it has been caused in part by expecting suppliers to produce at higher rates than their normal capacity. I still think JLR would benefit from a JV with a Japanese manufacturer.

A Sales Director who isn't going for volume increases. How novel. Sales down in the first half year and a £250m loss. I would think carefully before making naive comments.