BACK TO ALL OPINION BLOGS
Currently reading: Why Jaguar Land Rover faces tough times
UP NEXT
Opinion: Is this the end for Bugatti's W engines?

JLR’s running annual results in February were hardly great news (the company lost £273m in the quarter before tax, compared with a profit of £192m over the same period a year earlier), but it was the wider accounting moves that were a real shock.

The £3.1bn writedown rocked the industry. Reportedly, half of this sum was the company recognising that the value of its plant and investments were lower than expected. The other half was the recognition that its future earnings are likely to suffer a permanent set-back.

It’s a complex area, but much of the financial shortfall is expected in China, and it’s not simply because Jaguar and Land Rover sales there collapsed by around 35% last year, with 22% of that accounted for by Land Rover.

JLR admitted in its own presentation to investors that its Chinese dealer network is heavily biased – perhaps by as much as 80% – towards what the Chinese call ‘Second and Third-Tier’ cities, rather than the megacities of Shanghai and Beijing. Many of these dealers are relatively new enterprises which lack appropriate experience in marketing and sales. 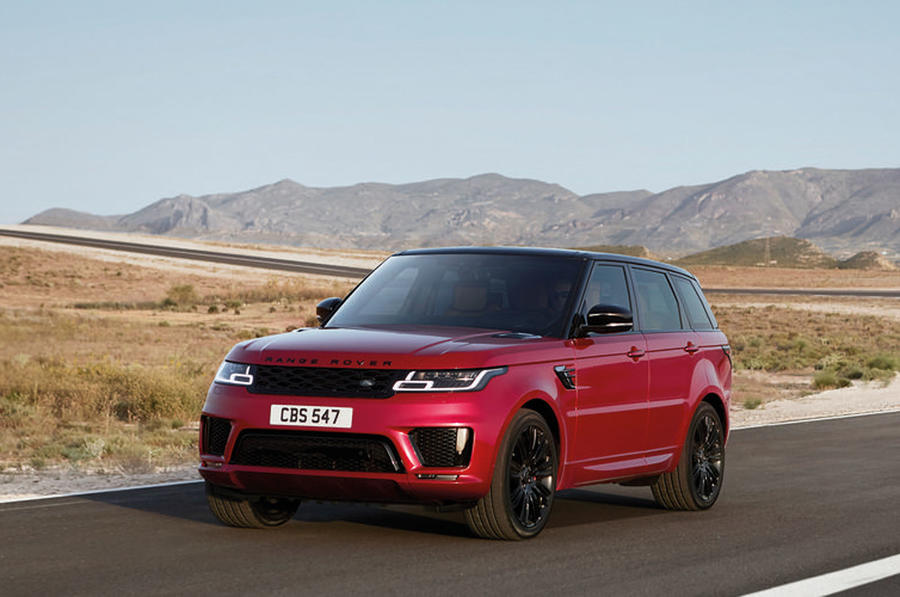 Most worrying, however, are reports by Automotive News Europe (ANE) from Chinese journalists about the reliability of JLR products. Reports claim there have been regular demonstrations by unhappy owners outside JLR’s Shanghai HQ.

It seems JLR cars remain below average for quality and reliability, according to independent surveys. Indeed, the ANE dispatch claimed that JLR had to recall 70% of all the cars it sold in China in 2017 for repairs.

You can see why JLR would hack back its hopes for the huge Chinese market, when it has such a big job to do on quality, on the dealership network and winning back the trust of premium car buyers.

But one of the shorter-term challenges for JLR is borrowing around $1bn before summer next year. The company is thought to be spending heavily as it prepares to roll out the new MLA platform (see main story). Not only is this architecture completely new and fitted with thousands of newly-designed components, but its installation also requires huge investment in new production equipment.

Although JLR’s factory in Slovakia is pretty much complete, Solihull will need to be re-fitted soon for the roll- out of the Mk5 Range Rover in 2021, followed by the new Jaguar J-Pace and Range Rover Sport. Indeed, JLR is expected soon to detail its plans for building electric motors and battery packs in the UK for the new MLA architecture, and that will be a huge cash burn. The next 18 to 24 months will be a truly testing time for JLR.

Jaguar J-Pace to arrive in 2021 as flagship SUV

Putting aside the various tribalism of love-or-hate JLR, let's give Autocar some credit for reporting the Automotive News story from a month or so back. The original feature points out that the other luxury brands are doing well in China and that segment is still growing - so JLR's issues there are worse than they should be.

What's seemingly unreported is this write-down in stock inventory for it seems a huge amount. Has anybody seen the details of these financials and can help us understand them? I can't quite be sure that this is primarily laid at China's door and the endless debate on quality. I would have thought the empirical research proved the reliable-or-not discussion but not on this forum.

So instead can we seek to understand how a relatively small company needs write-down such a huge number? Are there vast amounts of unsalable cars in China, or is there a huge technology investment that needs writing off, surely there is a reason for this? I can't quite imagine JLR writing down their cash basis because (as some say) "their cars are unreliable". A CFO needs a certifiable financial reason and I'm still unsure what it is?...

The writedown is the culmination of a series of poor decisions by JLR management - they've made a string of bad bets: XE+XF being 2 models, diesel, not marketing their vehicles before launch, massive capital expenditure on factorys and plants.

Chief among JLR's miscalculations, however, is not recognising that Chinese customers are extremely discerning.

If a Chinese customer spots any sort of surface rust on underbody components in normal use, they will hand back the keys.

THAT is the level of quality they expect - and western manufacturers have been forced to change processes, and paint components they've never needed to paint before.

A western-made vehicle is considered a luxury, and with the price they pay for JLR products - they are at the very top of the luxury bracket. JLR painted themselves into that corner, and are now suffering because of it.

Job One for JLR – equal or

Job One for JLR – equal or beat Toyota on reliability. After that, the cars will sell themselves.

I always worry when I see personal insults traded on a platform such as this. its not the place for them.
regarding JLR cars. I am on my 3rd and so far 100% reliable. All have been good to drive and comfortable as well asfit for purposeI currently have a F Type coupe which is tremendous to drive both on the track and roads. get a a lot of very positive comments 're design.
I have had a good few cars and in the main all have been reliable except perhaps a Friday afternoon BMW
View all comments (14)