Jaguar Land Rover (JLR) has embarked on a two-year programme of new vehicle launches and massive industrial investments designed to transform the company’s financial fortunes and put it on a long-term, stable footing.

As well as three entirely new model lines – the new Defender family, the luxury Jaguar J-Pace SUV and a new Range Rover crossover – JLR engineers are replacing the XJ with an electric super-saloon next year and creating a new version of the evergreen Range Rover by 2022.

All of these new models will be built on JLR’s brand-new ‘flex’ MLA architecture, which offers mild- and plug-in hybrid drivetrains as well as a pure-electric option. 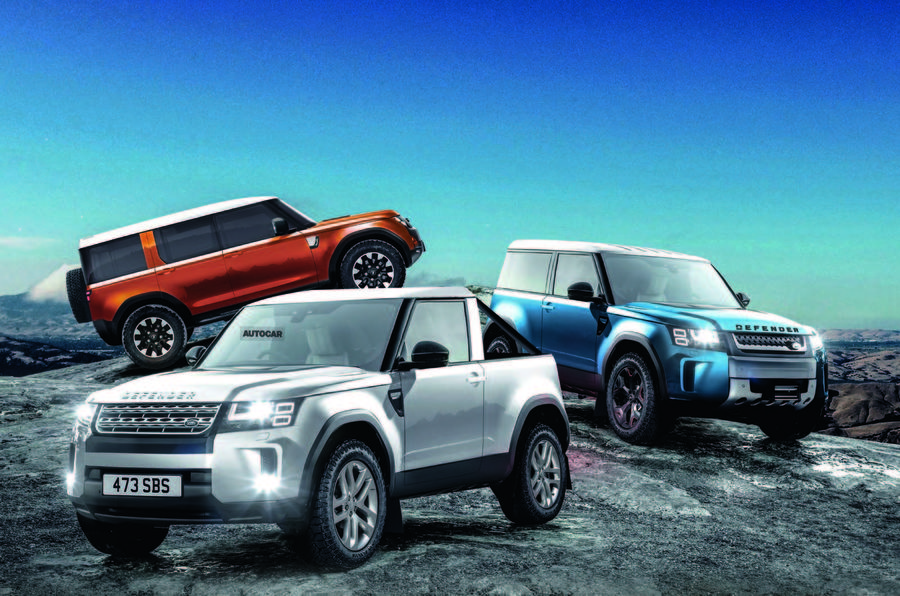 The internal-combustion models sold by all of Land Rover’s three so-called ‘brand pillars’ – Range Rover, Discovery and Defender – will be available in only mild-hybrid and plug-in hybrid forms by 2025.

Autocar can also reveal the MLA-based models will have a new SOTA (software over the air) capability, with 14 ‘modules’ in the vehicle’s electrical architecture that are connected to the internet.

JLR says the new SOTA set-up will allow it to reduce warranty claims, avoid the need for some recalls, offer predictive servicing and even user-based insurance. Over-the-air feature upgrades for MLA models are also being planned, as well as “in-vehicle rewards and payments”. JLR is hoping to use data generated by real-world use of the new vehicles to inform future model development, too.

The first all-new JLR model is the Defender, which will arrive later this year and be made at the new Nitra plant in Slovakia. This is a challenging project for the British car maker because it is a new model, based on a new architecture and built in a new factory with a relatively new workforce. But as Autocar’s scoops have revealed, the new three-model Defender range has huge potential in the lucrative market for premium family SUVs.

The electric XJ, first reported by Autocar in 2015, replacesJaguar the outgoing XJ saloon, which has just ended a decade-long production run at the Castle Bromwich plant near Birmingham.

The new model – due in around 12 months – is expected to be an unashamed super-luxury car in the mould of more expensive Mercedes-Benz S-Class variants (setting it well apart from the ageing Tesla Model S), while also being more driver orientated.

JLR will be hoping that the XJ steals a march on premium EV rivals, offering a zero-emission luxury vehicle that’s ideal for East Asian megacities. Later on, plug-in petrol-electric versions of the XJ will be launched.

Next up at the remodelled Castle Bromwich plant will be the Jaguar J-Pace, which will be larger and more upmarket than the Jaguar F-Pace. The J-Pace is also expected to be offered as a pure EV and is unlikely to be made public until early 2021.

The upcoming fifth member of the Range Rover family, due in late 2021 and scooped by Autocar in 2017, is also based on the MLA platform. It’s described on JLR documents as a “medium SUV” and is expected to sit between the Evoque and Velar.

It will be more road orientated and its smaller frontal area will ensure it will be the most economical member of the Range Rover family as well as the first all-electric Range Rover. Despite JLR registering the historic Road Rover nameplate, there’s no news on what name the showroom version will take.

Initially, there was some surprise in the car industry that the under-utilised Castle Bromwich plant is to receive significant investment to convert it to build JLR’s MLA platform. Recently, however, it was revealed that JLR had received a loan guarantee from the UK government for half a billion pounds.

The money is expected to help not only the conversion of Castle Bromwich but also planned investments in a new battery factory at Hams Hall, east of Birmingham, and the manufacture of electric motors in the UK.

JLR has already announced that it is teaming up with BMW to develop next-generation electric drive units (EDUs) for future electrified vehicles. JLR will make the EDUs at its Wolverhampton engine plant, which, the company says, will be able to switch seamlessly from making the Ingenium petrol and diesel engines to building the EDUs.

Recently, JLR boss Ralf Speth said the battery makes up 40% of the cost of an EV and that locally built battery packs for UK-made vehicles is an economic necessity. Unless battery production is secured for the UK, Speth predicted, the UK car industry will see production moving overseas.

Although JLR is clearly executing an ambitious and very promising product plan over the next 12 to 24 months, it has plenty of issues to deal with in the near term, with sales of existing models continuing to slide. In the first four months of 2019, Jaguar sales fell 11% and Land Rover sales dropped 13% compared with the same period in 2018. 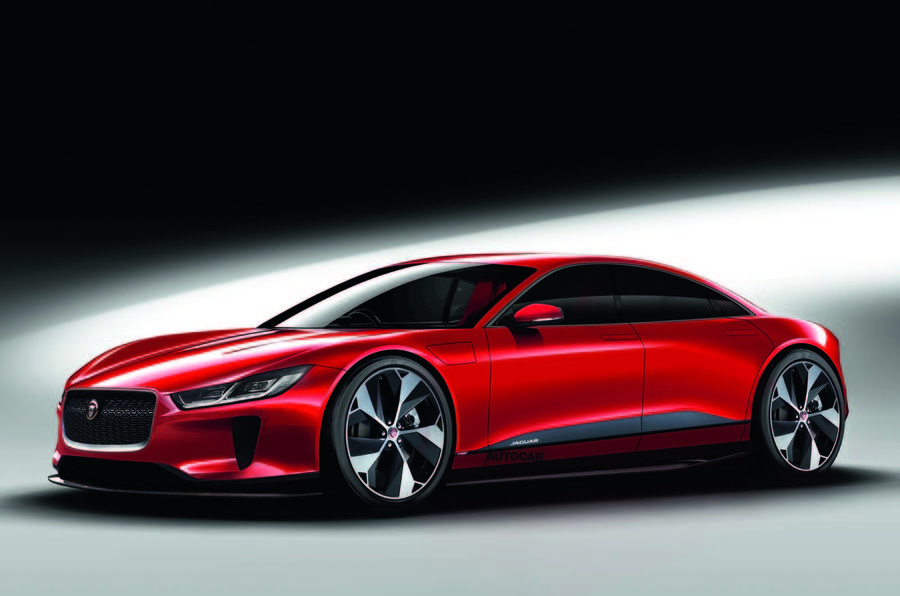 When launched in 1968, the XJ was a benchmark for smoothness, fine handling and easy speed. Perhaps the old catchline of ‘Grace, pace and space’ will be perfect for the all-new XJ, which is expected to arrive as a pure EV. JLR has said virtually nothing about the MLAbased car. Recently departed design chief Ian Callum hinted the new XJ will offer serious luxury and still give a Jaguar driving experience. Perhaps the EV – ideal for high-end chauffeuring – will come as LWB only.

A full-sized SUV sibling to the Range Rover, the J-Pace will address the issues that have hobbled the F-Pace, primarily with a much more sophisticated interior and more advanced infotainment. The J-Pace will get the new straight six Ingenium engine in mild- and plug-in hybrid forms. This motor will still be very important by 2025, with petrol engines expected to account for 49% of sales in the global segments in which JLR competes. Diesel is expected to make up just 12% of sales by 2025. Although JLR’s rocketing sales went into reverse in 2018 and 2019, it is still heading for 700,000-plus units annually. That means it could lose its current derogation from onerous EU fleet CO2 rules. If it needs to meet the 2025 targets, JLR can leverage plug-in hybrids. But more fuel-efficient low-roof models will also be needed, which is where the ‘Road Rover’ comes in. The fourth MLA car, it is said to be a crossover, offering luxury on-road behaviour and more off-capability than rivals. It’s likely to be the first pure-electric Range Rover. 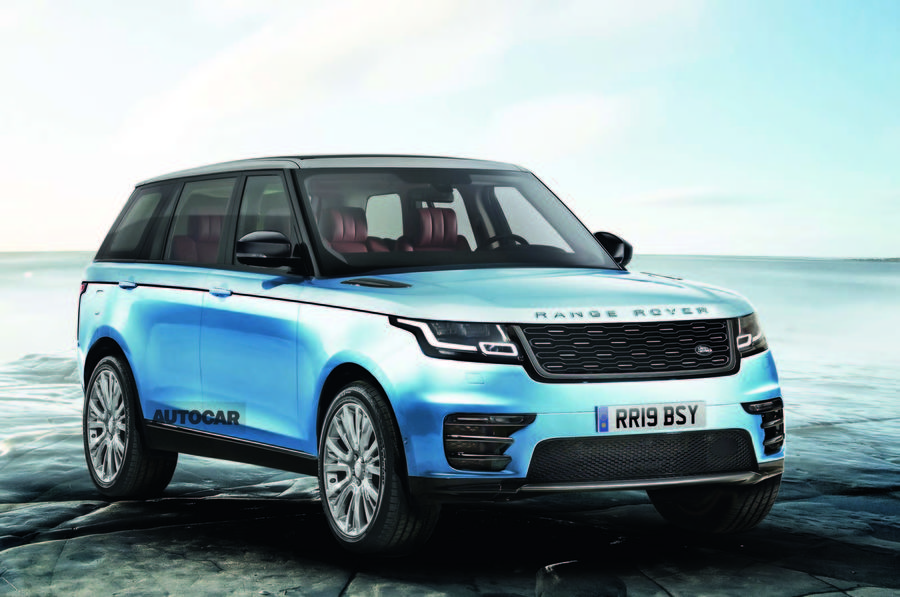 Despite being launched in 2012, the updated fourth-generation Range Rover has been a very solid profit generator for JLR and it’s only in the past few months that sales have started to slide. The Mk5’s styling – inside and out – has just about been signed off and it’s clear that the Land Rover design team have had a huge task on their hands. Like its predecessor, the Mk5 Range Rover will have to define luxury inside and retain its air of imperious superiority on the outside. Plug-in hybrid versions offering 40 miles of electric power are expected to the best-sellers. 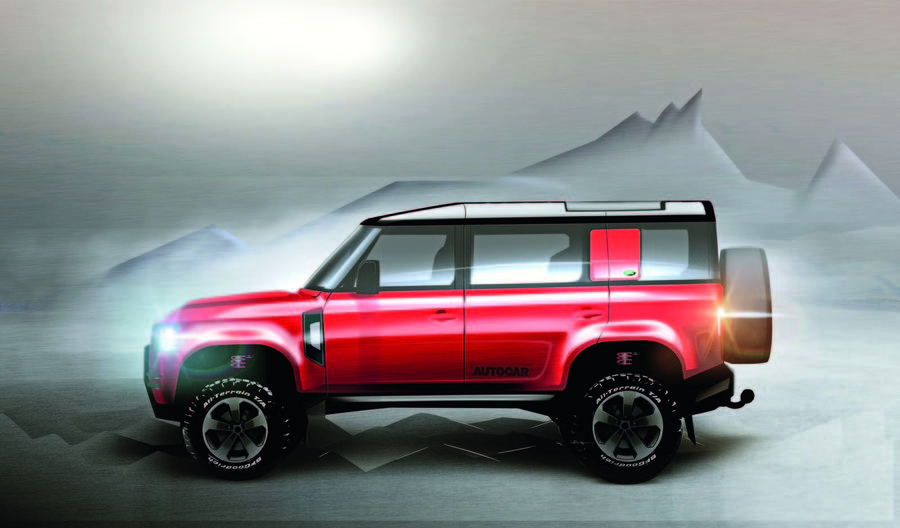 Perhaps the last British automotive icon to be reinvented, the new Defender combines the sophistication of the new MLA architecture with smoothly rugged looks and an impressively retro interior. Two versions – a very short 90 and longer 110 – will be joined by a three-row 130 version in 2022. The new Defender family will carry premium pricing (the entry-level 90 is expected to start at £40k), but it could cut through the current market for overly polished premium SUVs, offering a more convincing option for ‘active’ families.

Electric Jaguar XJ confirmed, to be built at Castle Bromwich​

A few months ago, a letter published in Autocar, suggested there may be a niche for an XE coupe, badged as a Daimler. A cut above the Jaguar spec'd/trimmed cars, with traditional fluted grille optional. Thoughts?.

It's difficult to tell, JLR

It's difficult to tell, JLR have delivered record sales in the US for July and seen increases in other markets, which is a good sign. There is also the upcoming launch of the new Defender, which should deliver a sales boost; but there are also so many unknowns in the mix!

Was generally surprised to notice quite a few French and Italian registered F and E Paces in Italy and France this august.  Noted more of these then the discovery sport or newer evoque's.  Counted 4 Monacon plated I Paces against one solitary series 3 tesla in Monte Carlo..  again a surprise.. No doubt their selling more, hope it's enough.. I'm eyeing the new XJ with interest, 450/500 miles WTP will probably seal it.