Jaguar Land Rover (JLR) has applied for the trademark to the Road Rover name – a year after Autocar was told that the branding was merely an internal codename for a new model line.

Brands often apply for name trademarks to ensure that potential future branding - or names similar to their other products - can’t be used by rivals. However, as well as 'Road Rover' being used in internal communications, it had also been touted as a potential name for a number of previous prototypes.

The name could still be used for Land Rover’s first production EV, which is due before 2020.

It will be a premium electric model aimed primarily at markets such as the US and China.

The first Road Rover is understood to be a Mercedes-Benz S-Class rival in terms of outright luxury and interior craftsmanship but with  some all-terrain capability. The car will also be tuned  for impressive on-road dynamic performance, taking advantage of the potential delivered by electric motors. 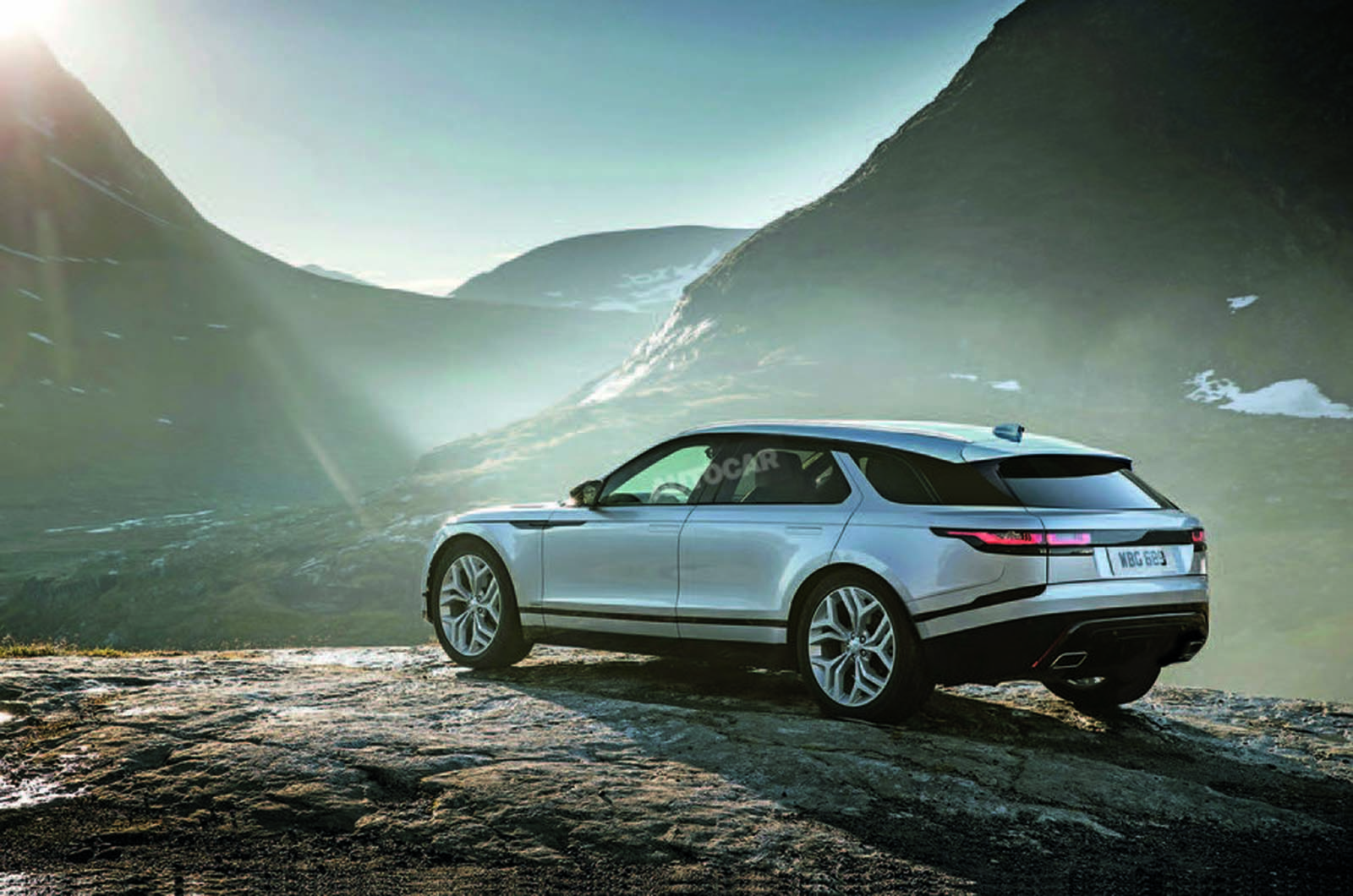 The car could make its public debut at the Los Angeles motor show in late 2019, with sales starting soon after. Prices are expected to be pegged at around £90,000 for the top-line versions.

Over time, the Road Rover line-up is expected to develop into a series of more car-like and road-friendly, but still rugged, vehicles.

Road Rover is, like Velar, the name of an experimental model from the company's past. It was first proposed at the beginning of the 1950s as a bridge between Rover cars and the original Land Rover. 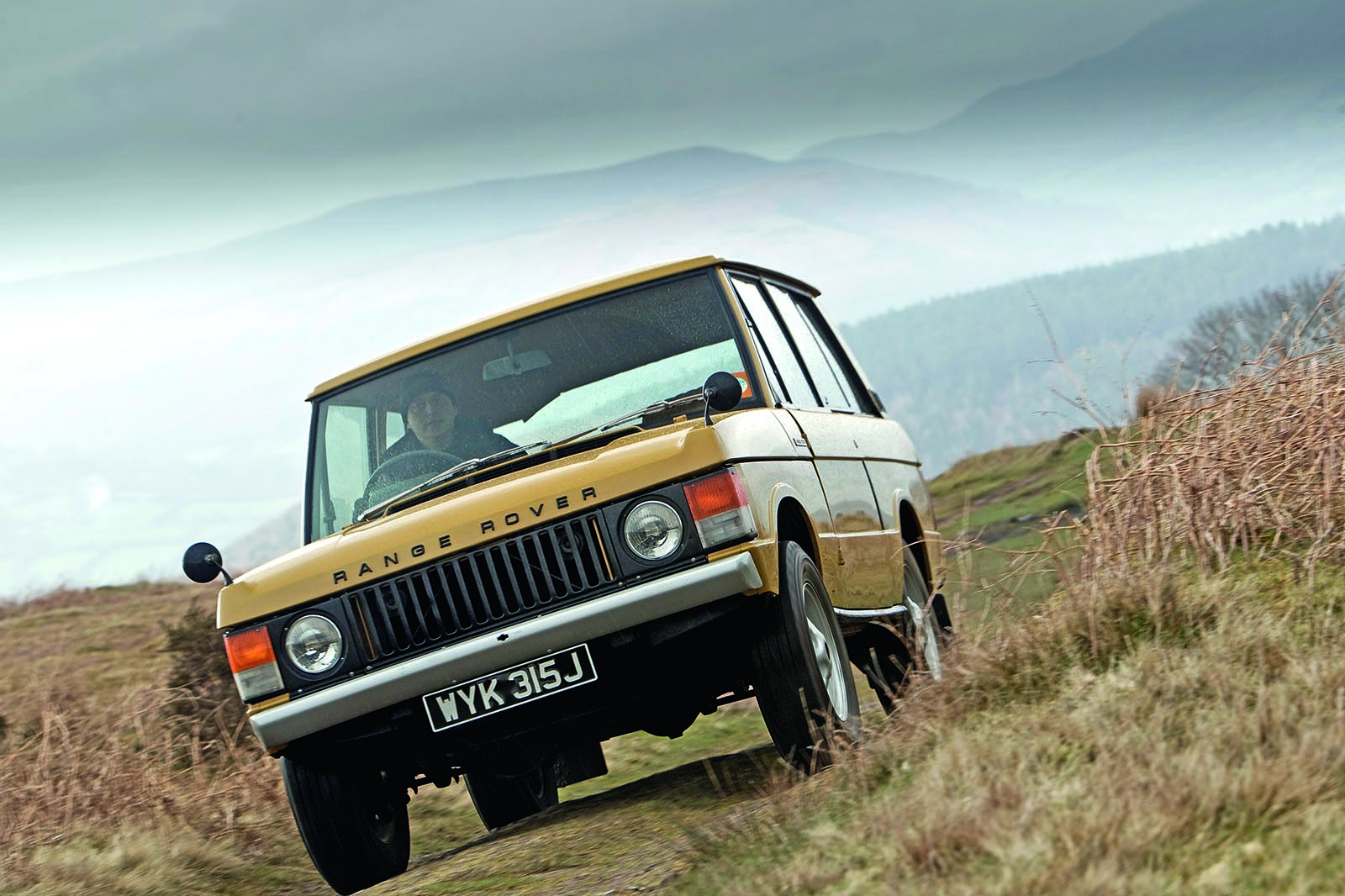 The concept was revived in the 1960s as a three-door estate and provided the intellectual basis for the concept that became the original Range Rover.

Hard details about JLR’s plans for the new model line are very limited and tight secrecy around the project has enabled it to progress to two years before launch without becoming public.

Land Rover design director Gerry McGovern is well known for identifying potential for new models – what he describes as “the white space” around existing ones – as seen by the successful Range Rover Evoque and recent Range Rover Velar.

In a 2015 interview with Director magazine, McGovern said: “By 2020, there’s going  to be 22 million SUV-type vehicles sold globally. So that’s a massive market. We’re asking: what are the products we could be creating that don’t actually exist yet – like the Evoque, which we didn’t have in our portfolio before.” The result was the Velar. 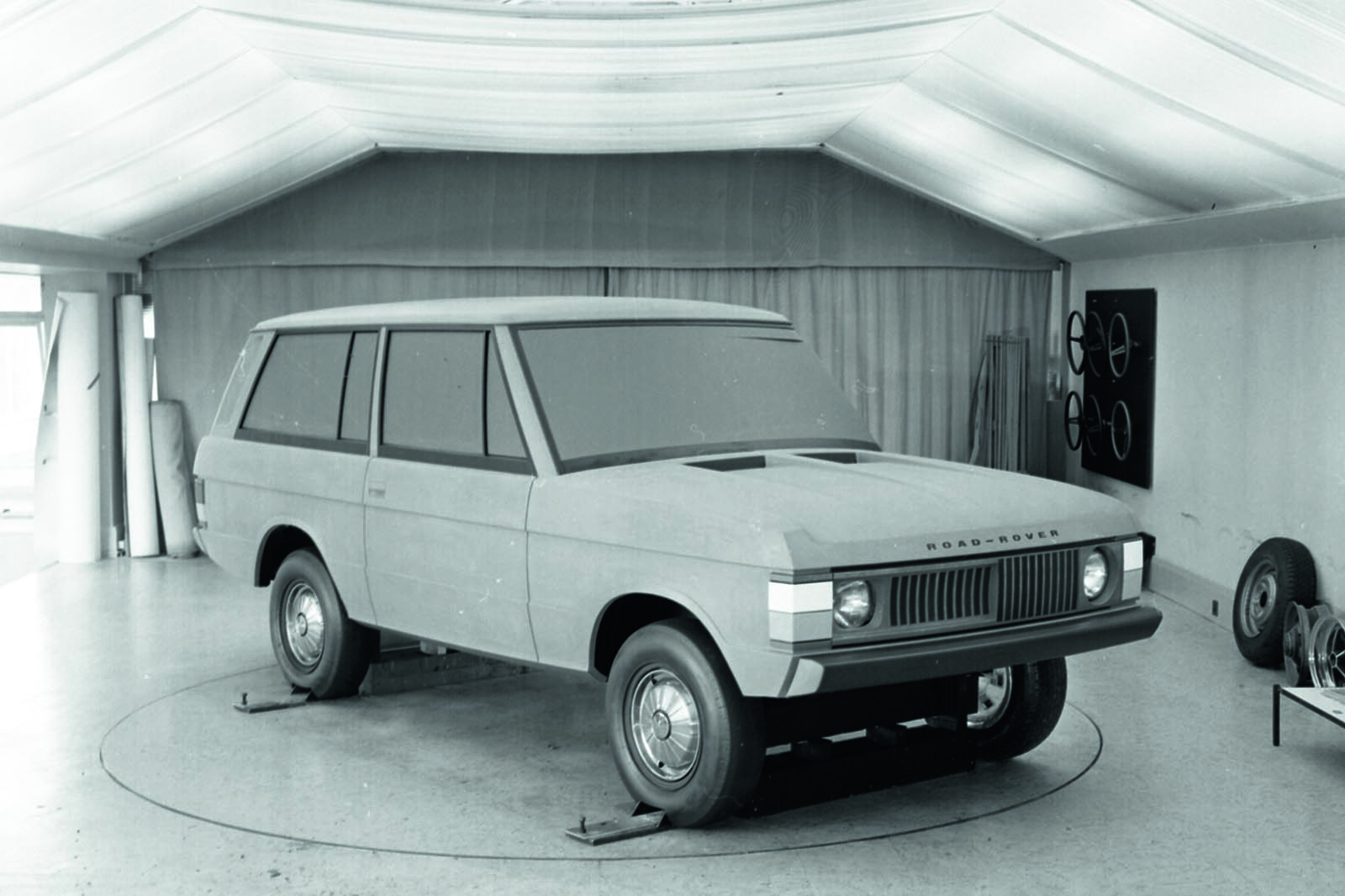 McGovern is also thought to be planning a more luxurious and different-bodied Range Rover to take on the upcoming Rolls-Royce Cullinan.

In 2014, Wolfgang Ziebart, then group engineering director, hinted at JLR’s electrification plans, predicting that the market for EVs was going to split into inner-city vehicles  and a “second or third car for  a wealthy family”. Ziebart suggested the latter segment had potential for JLR and that any EV would be the size of a “Jaguar XJ” and “aimed at the US and China”.

In fact, Autocar understands that the first Road Rover model is being developed in parallel with the next-generation XJ. The underlying structure for both of these vehicles is a new-generation aluminium architecture that can accommodate both battery packs and piston engines. 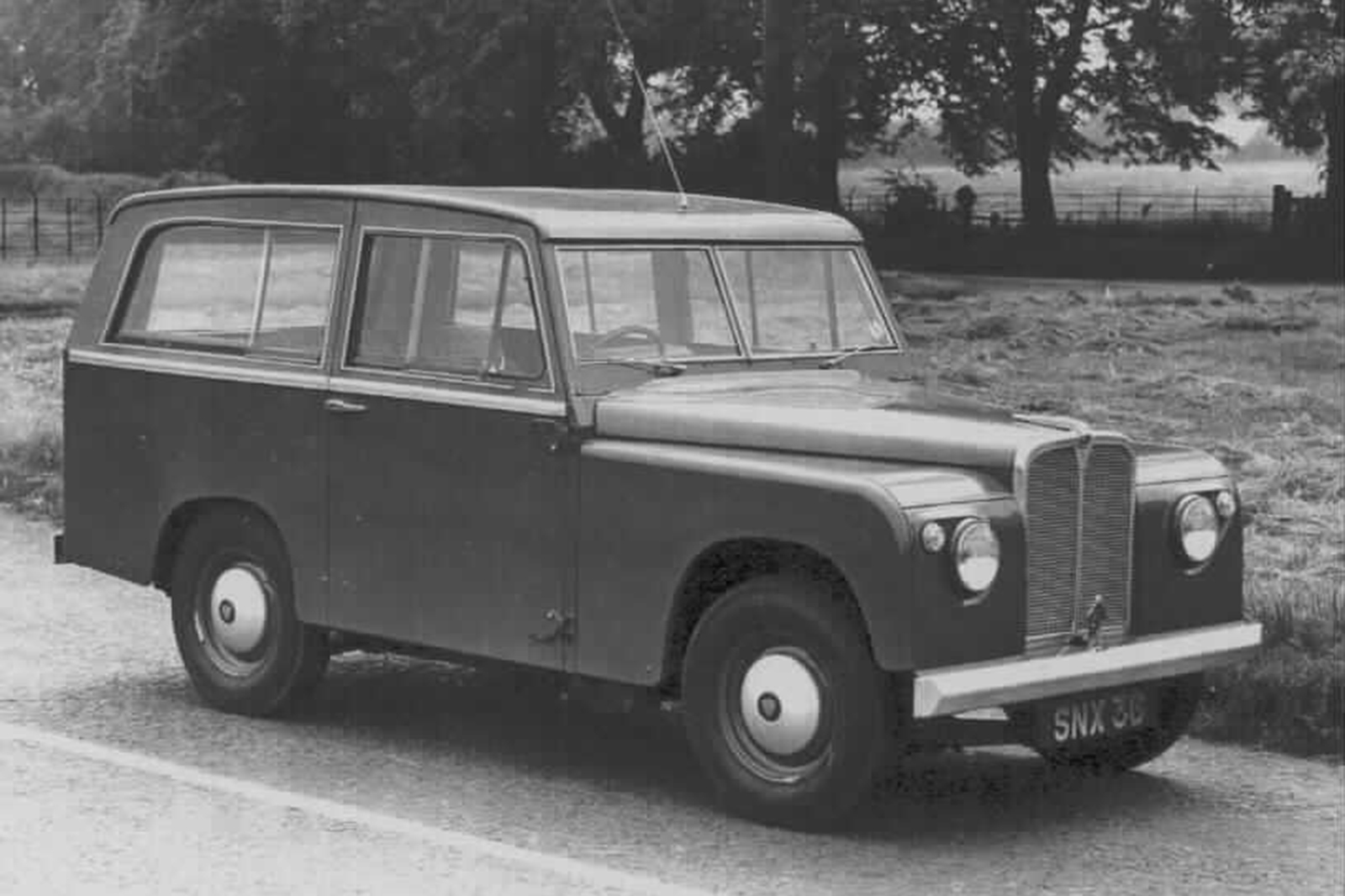 It’s thought that the new XJ and the Road Rover will both be pure-electric vehicles with twin electric motors and on-demand all-wheel drive. The Road Rover will emphasise extreme luxury — the huge success of the current S-Class has proved that SUVs have not pushed super-luxury saloon cars out of the market — and it is also expected to have height-adjustable suspension for a degree of all-terrain ability. A range of at least 300 miles is predicted, as well as a 0-60mph time of less than 5.0sec.

JLR has to compete head-on with premium-brand rivals such as Porsche and Audi, which are both launching luxury EVs in the next two years. Perhaps the closest rival to the new Road Rover is Audi’s E-tron Sportback, which is due to be launched in 2019. This also has all-wheel drive and an expected driving range of 300 miles in ideal conditions.

There is no hard news on whether the Road Rover will have its own stand-alone design language. However, it is likely to build on the look of the Velar, emphasising taut and very clean surfaces, and it will have more of a shooting brake profile than other high-end electric SUVs.

The calculations behind the ZEV programme are extremely complex and intended to ensure there are at least  1.5 million electric or hydrogen fuel-cell vehicles on California’s roads by 2025. It is thought that JLR will need to ensure that somewhere between 16% and 25% of all its sales are of battery-electric cars by 2025. Moreover, at least nine other US states have adopted California’s ZEV plans, putting extra pressure on car makers.

The adoption of a new brand for a range-topping electric vehicle might be seen as an unnecessary risk, especially considering the profile and strength of the Range Rover brand. However, there are a number of reasons why JLR bosses concluded that an electric Range Rover was a stretch too far.

First, the off-road ability  of a Range Rover model cannot be compromised and  a fully electric vehicle with a substantial battery pack would have been a significant technical challenge, especially in terms of waterproofing the powertrain.

Second, extracting the maximum real-world range from a battery-powered car is essential and this makes aerodynamic performance a crucial part of the calculation for a new model. The frontal areas of the Range Rover and Range Rover Sport are far too large to work efficiently as battery-powered vehicles. Indeed, the Tesla Model X is probably about as tall as any EV is likely to get.

Third, JLR strategists have  a clear eye on the longer-term future of the brand and what’s expected to be a medium-term aim of hitting annual sales of one million units. Although Jaguar has made huge strides thanks to the Jaguar F-Pace (and the upcoming E-Pace will also boost the brand significantly), sales of Jaguar road cars are becalmed.

According to JLR’s figures, Jaguar sold 94,000 Jaguar XE, Jaguar XF and XJ models in the 2016/17 financial year. Even with a sales boost from the XF Sportbrake, Jaguar’s road cars are unlikely to make up serious sales ground in the next few years.

JLR bosses have clearly concluded that, in order to meet the million vehicle target, they need to continue to exploit the huge market shift towards crossovers and SUVs, while also hedging their bets by building premium vehicles that are more fuel efficient and less like conventional off-roaders.

A significant underlying issue for JLR’s business is the risk that the market could turn against what are often parodied as ‘Chelsea tractors’: large  and imposing SUVs such as  the three biggest Range Rover models and the F-Pace.

By establishing a new brand that is a genuine ‘crossover’ between luxury road cars and all-terrain-capable vehicles, JLR would not only improve its chances of growing significantly and profitably from last year’s sales of 604,000 units, but also spread the risk of any customer shifts in the global new-car market.

The most recent financial report makes clear just how much JLR is spending on expanding the business for the future.

The company says that in fiscal year (FY) 2017/18, it will invest between £4 billion and £4.35bn in new products and the factory that is being constructed at Nitra in Slovakia. This will specialise in the construction of aluminium-bodied vehicles and the first model to be built there will be the new Discovery, according to JLR’s annual report.

Between April and June this year, sales jumped by 16% in North America and 30% in China but fell 14% in the UK and 14% in other overseas markets.

However, JLR is well placed to power over these setbacks. Sales of the Velar are ramping up and the E-Pace will go on sale towards the end of this year.

I would buy a Land Rover

I would buy a Land Rover Range Rover Road Rover Vanden Plas Vogue HSE Autobiography Sport, if one was for sale.  I'd call it 'Roadie'.

What year are we in ?

”However, JLR is well placed to powere over these setbacks. Sales of the Velar are ramping up and the E-Pace will go sale towards the end of this year. “

That will be the same E-Pace that Magna Steyr are making a pigs ear out of and is causing so much angst among owners on the E-Pace forum ?

Or is that a new E-Pace will be along at the end of this year ?

Another SUV!, why?, and don’t say it creates thousands of jobs!, it’s going to be special?, I doubt it.

If thousands of jobs are

If thousands of jobs are created they will not be in the U.K.

JLR have left for Europe Graz  and Nitra. All that the U.K. will build will be those saloons that they say have no future.

Another SUV, Why not..

Just because you don't like them, the rest of us must not like them on your say so??