Infiniti’s time in the UK is looking worryingly finite after sales of the Nissan-owned premium brand suffered an 80% fall this year.

Even if you wanted to buy a car, you’d struggle. Infiniti has discontinued much of its range to leave just three models, and two of those are basically the same car. Meanwhile, its dealer count has fallen to just six in the UK, after recently losing its St Albans outlet.

So what’s the problem? It all looked so promising when the Q30 and taller QX30 hatchbacks were launched with fanfare in 2015. Both cars are built in the UK in Nissan’s Sunderland factory and were designed to anchor the previously import-only brand in Europe with a core local model that could challenge the bestselling Audi A3. 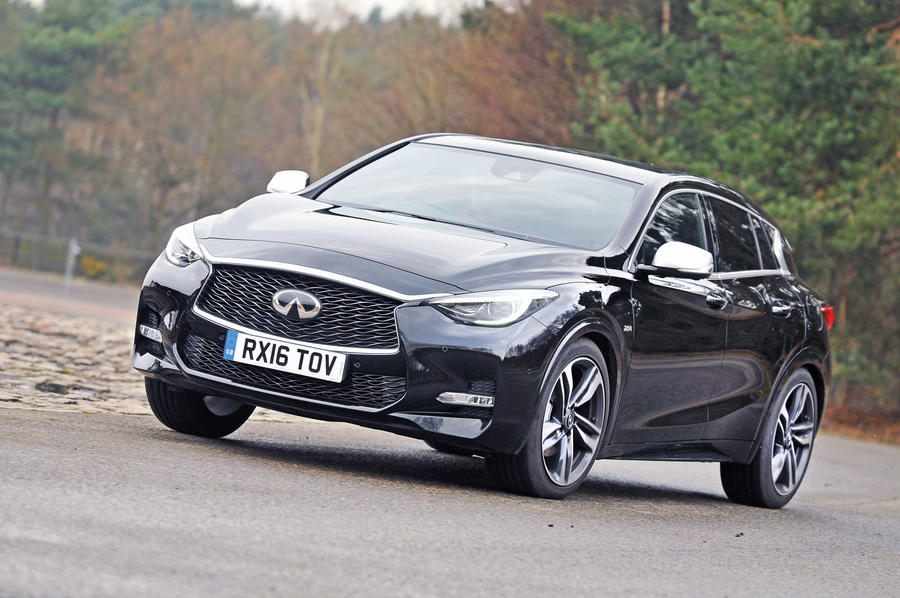 The Q30 and QX30 were even built on the same platform as the Mercedes GLA SUV and included an all-important diesel option (vital back then, anyway). Infiniti at the time called the launch its “big-bang moment” in Europe and predicted 30,000 sales of the two models across the region.

It never happened. In the first nine months of this year, sales of the pair reached 3300 across Europe, figures from JATO Dynamics show.

Getting traction with any premium brand without local heritage is tough in Europe. “It’s not an easy task to rival Audi, BMW and Mercedes, especially when you’re new in the market, your brand awareness is low and you have a very small SUV range,” Felipe Munoz, global analyst for JATO, said. 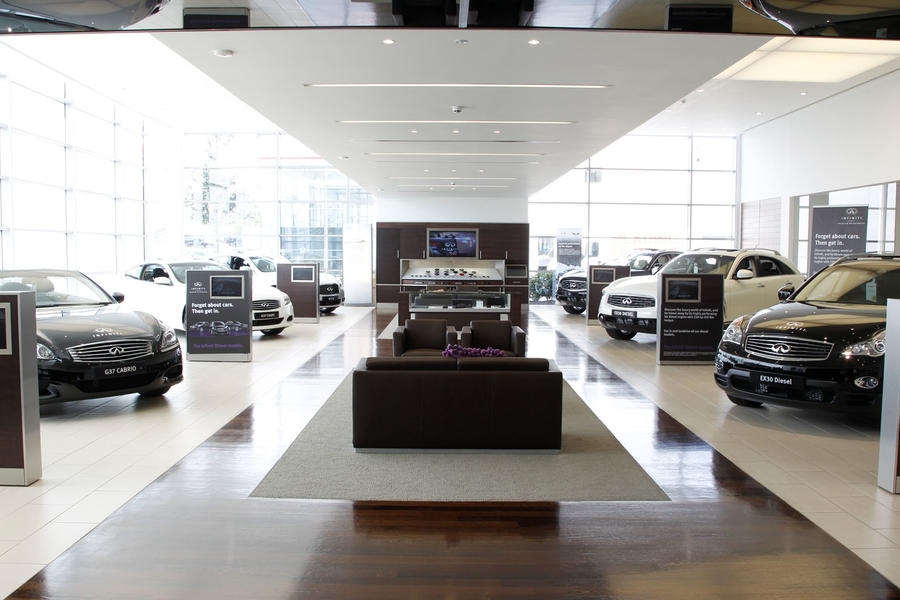 Infiniti has also been hit by new WLTP emission testing regulations that came in at the start of September. The 1.5-litre diesel version of the Q30 was the bestselling model, but the Renault-Nissan Alliance axed the engine ahead of the switch to WLTP regulations.

Meanwhile, all versions of the Q50 – a BMW 3 Series rival – have been temporarily taken off sale after the best-selling 2.2-litre diesel was stopped. Also cut this year were the Q60 coupé (which only went on sale in late 2016) and the Q70, the bigger saloon. Age caught up with the QX70 SUV last year and it, too, was dropped. 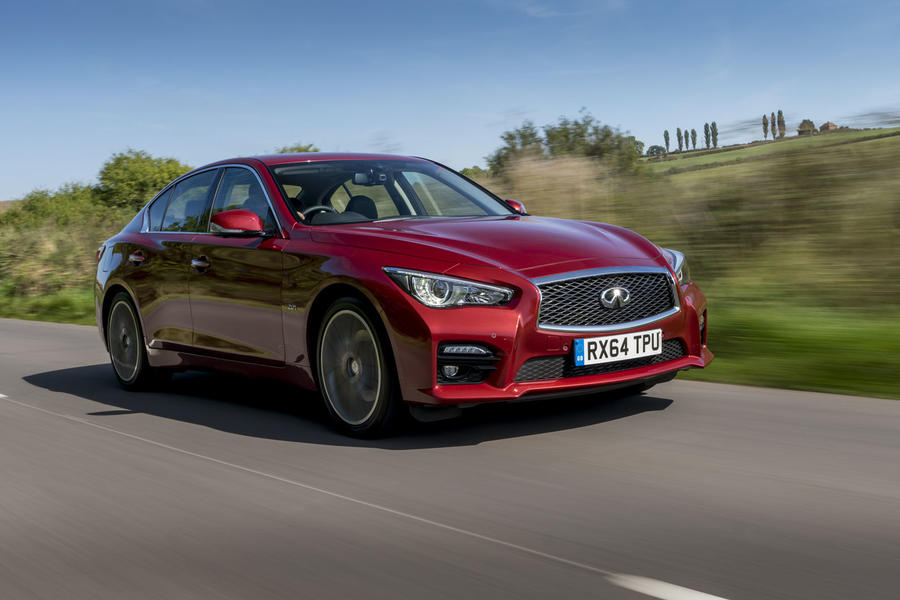 But amazingly, Infiniti is standing firm, despite UK sales of just 3252 to the end of October. Former Nissan chairman Carlos Ghosn previously said that removing a brand from a market is an anathema to him because it’s so hard to return. In line with this thinking, Infiniti will continue in its shrunken state until new models arrive, a spokesman for the firm told Autocar.

“Once you’re in, it’s important to stay to continue supporting the brand and our customers,” a spokesman for Infiniti told us. “It’s a long road in terms of raising brand awareness and getting the right product.”

The first model to arrive is the returning Q50, which goes back on sale in the UK early next year with the newly homologated 3.5-litre V6 petrol hybrid. 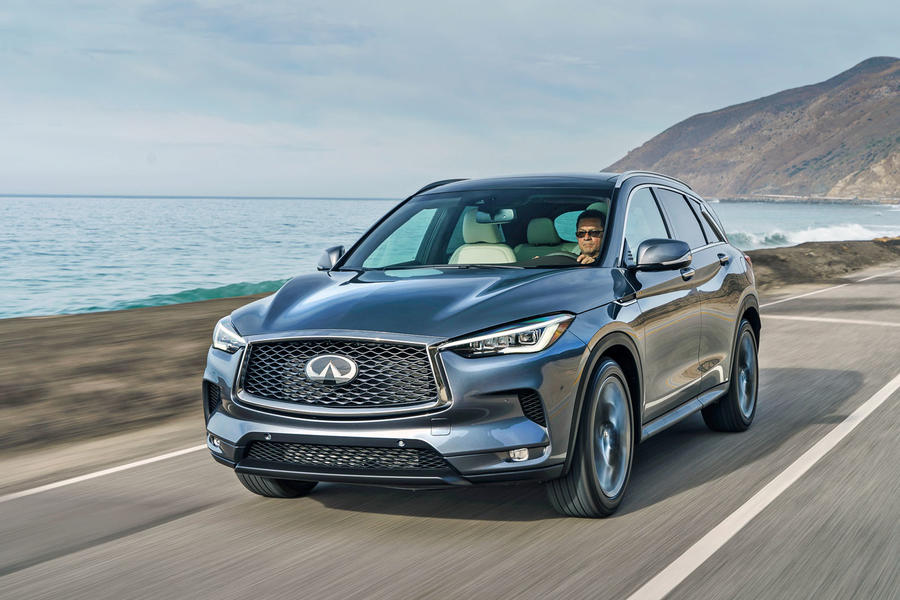 Next year, the firm will also launch a new QX50 SUV, which will go head to head with the likes of the Audi Q5 and BMW X3. The Germans are unlikely to be quaking but, in theory, the car, which has already gone on sale in the US to generally decent reviews, could win the brand some badly needed fans.

After that will come Infiniti’s much hailed pivot to electrification from 2021. So far, we’ve heard little about what that will bring, other than that it will include pure-electric models and hybrids using Nissan’s e-Power system.

“You’ll start to see a better picture from next year,” the spokesman promised. Until then, Infiniti continues to creep along in the shadows, waiting for the next big-bang moment.

Was at one time "must have" set of wheels, but over the last five years I have hardly seen a new one. What is the reason? I think its not image (they have F1 credentials) but perhaps price/design is not acceptable any more. It sure needs a rethink or it will be folded with or without Mr. G. deciding

The cars are not competitive and nobody wants them. Simple. Give it up Nissan.

As sabre says, Infiniti is up

As sabre says, Infiniti is up against Lexus. Lexus at least has a near-30 year headstart.

I quite liked the Q70 coupe as it reminded me of my much missed Accord coupe, and the Q50 saloon is probably the closest we have to a modern day Bluebird. Though I was never sure about the gaping grilles, and the only time I've seen a Q50 has been as a taxi cab.

The website still lists the Q50 as being for sale, as well as the tarted up Meganes.