BACK TO ALL NEWS
Currently reading: Infiniti to launch only electrified cars from 2021
UP NEXT
New Lotus electric sports car to use Britishvolt batteries

Infiniti will launch only electrified vehicles from 2021 and has ambitions of making fully electric or hybrid models account for 50% of sales from 2025.

Infiniti revealed a concept called the Q Inspiration (pictured below) at the Detroit motor show. It featured the company's latest variable compression petrol engine technology, rather than an all-electric powertrain, as design boss Alfonso Albaisa had previously hinted to Autocar.

While no explanation was given for the powertrain swap, Infiniti designer Karim Habib told Autocar that the proportions of the concept mean it could be turned into a fully electric model. 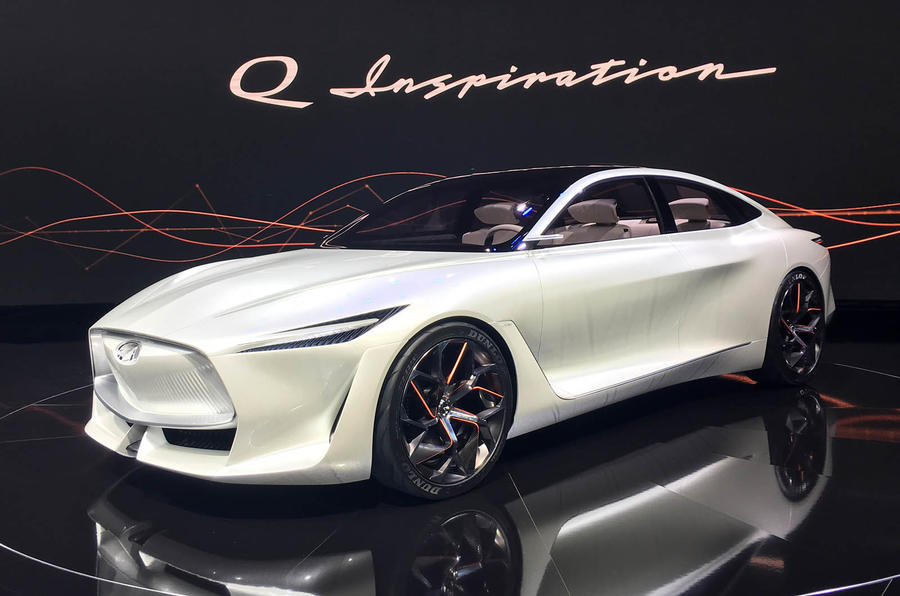 Habib said that electric cars present designers with more opportunity to create unique products. He said: “What I love the most is what I can do to interior design. By having a flat floor, you have eliminated an object [the driveshaft] just like that. It changes everything."

Infiniti hinted at its electric intentions in August last year when it revealed the Prototype 9 heritage-inspired race car. At the time, Albaisa said an all-electric production car from Infiniti would use a bespoke platform rather than share underpinnings with the Nissan Leaf.

The company has been working on an electric prototype for its platform since early last year. Infiniti boss Roland Krueger told Autocar that he had already driven a prototype, describing it as "very good".

The brand's first illustration of electric interest was back in 2012, when it produced the LE concept. That had a 134bhp electric motor that produced 240lb ft of torque and used a 24kWh lithium-ion battery.