BACK TO ALL NEWS
Currently reading: Analysis: What went wrong at Ford's Bridgend plant?
UP NEXT
New Kia EV9 primed as premium electric range-topper

Ford is shutting its Welsh engine production facility after 40 years. We look at the reasons why
Open gallery
Close

Ford’s closure of its Bridgend engine plant ends a chapter that began at the peak of the brand’s popularity in the UK in the 1970s and reflects current changes in car buyer’s tastes, misdirected product planning and pressure to electrify its fleet to hit EU CO2 targets.

The Bridgend closure will be devastating for the 1700 employees but it will also hit a further 5000 or so in the wider economy. “We fear the knock-on effect and it will be substantial,” said Tim Williams of the Welsh Automotive Forum, an alliance of car industry businesses in Wales. There is a glimmer of hope in the shape of Aston Martin’s St Athan plant, 12 miles to the south-east, but the chances of Ineos taking space to build its Grenadier 4x4 at the Ford site have now faded.

Aston now represents the future for the car industry in Wales. It built its first DBX crossover at St Athan last week, with recruitment for 550 new assembly staff due to start in September. “I’m sure we will have plenty of applications from the Bridgend area,” said an Aston spokesman.

Suppliers to Ford will also be affected, although few major component makers are local. Block castings, for example, are trucked in from Ireland and the plant has an extended supply chain stretching onto mainland Europe. 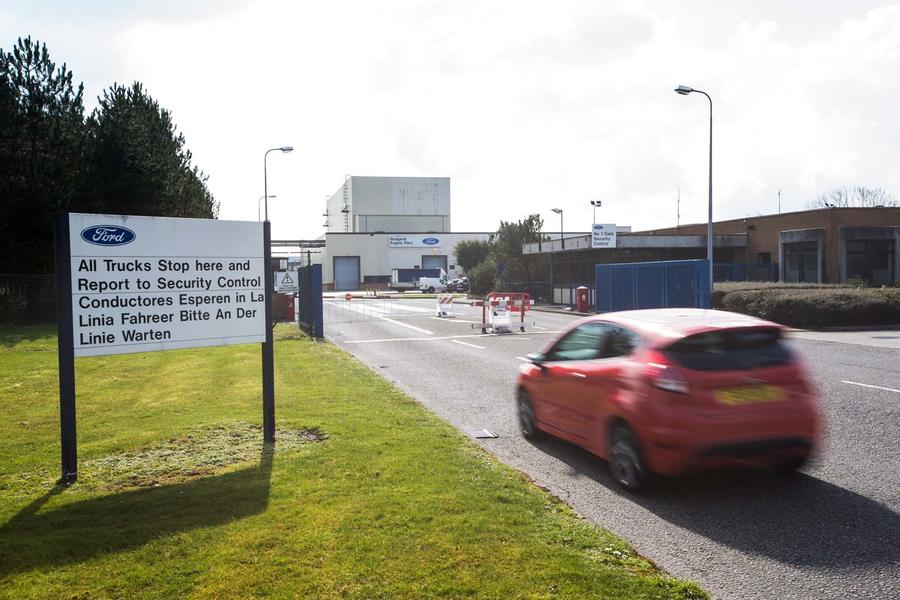 Despite the drawn-out supply chain, potential customs delays and sterling weakness, Ford has denied a link to Brexit in its decision to shut Bridgend in September 2020. So what caused the plant’s closure?

Dr Peter Wells of Cardiff Business School lists several contributing factors, the key ones being sales and market related: “The Dragon engine [the 1.5-litre three-cylinder petrol engine used in the Fiesta ST and Ford Focus] is not selling as well as hoped, Ford is running the plant well below capacity and it needs to make cost cuts.”

As with all mid-market brands, Ford’s sales have been squeezed and in Europe have fluctuated in the past decade between 1.75 million and 1.33m, recovering to nearly 1.6m now. Intended to replace the four-cylinder Sigma engine launched in 2011, the Dragon engine arrived just as Ford faced having to invest in hybrid and battery powertrains and while its cheaper, more frugal 1.0-litre engine is on the rise.

The Dragon has too large a displacement for the non-ST Ford Fiesta and the Ka+, while the three-cylinder 1.0-litre engine built in Romania and Germany has become the core petrol engine for the Fiesta and Focus ranges. The 1.0-litre is also available in 138bhp form, closing the gap to the 148bhp Dragon.

Other models that could have taken the Dragon, such as the C-Max and B-Max, are being discontinued and the new Puma crossover is arriving at a time when plug-in and mild hybrids are the essential powerplants. Ford’s new hybrid powertrain is based on a high-efficiency Atkinson combustion cycle, which, Ford says, makes hybridising the Dragon uneconomic.

This is a very rapid fall from grace for a brand-new design that went into production only last October at a cost of £100m. It is likely to finish its third and final full year at around only 80,000 units – a third less than the 125,000 capacity at Bridgend. Given the plant built 701,000 engines as recently as 2014, this proved a fatal drop in output.

Product planning dictated much of this revision: the Dragon couldn’t be slotted straight into Ford’s larger models because they were designed around four-cylinder engines. Although the Dragon will continue to be needed, it will be supplied from lower-cost Mexico and/or China in two plants already tooled to build it. 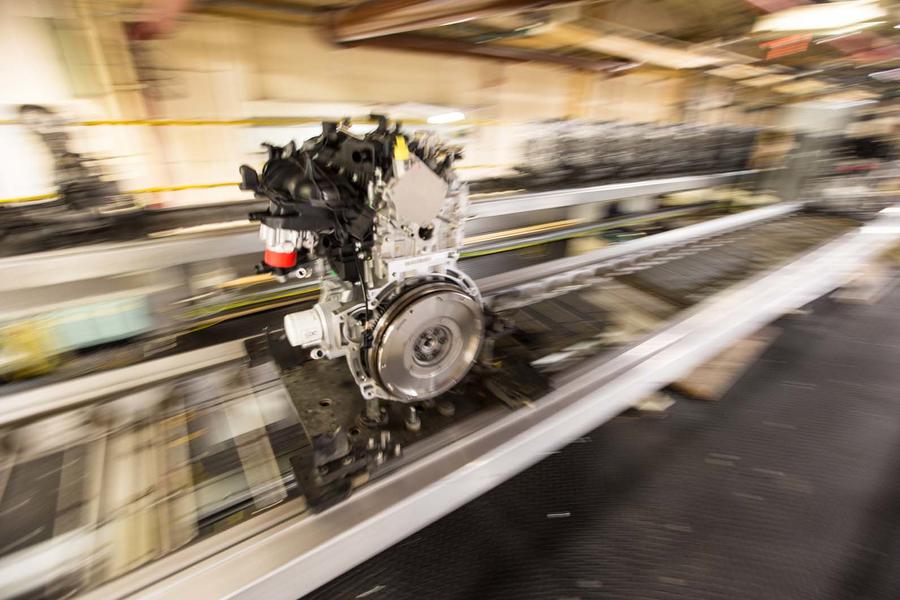 Of course, other factors are at play. Bridgend’s contract to build Jaguar Land Rover’s AJ V8 and V6 petrols will finish just before the plant closes.

Of the 650,000 units built at Bridgend in 2016, around 145,000 were JLR engines. JLR is replacing the V6 with a straight six. At one time, the new six was rumoured to be going into Bridgend onto the line that once built the ‘SI6’ 3-2-litre six fitted to some Land Rover and Volvo models.

But those plans have changed, too, and instead JLR’s new six will be built in Wolverhampton and the V8 could come from BMW.

Ford will maintain diesel engine production at Dagenham and engineering at Dunton in Essex, so it is hoped the closure of Bridgend is the last adjustment to its UK footprint for now.

How Bridgend came to be

When plans for a new engine plant in Bridgend were announced in 1977, Ford was riding high from many years of UK and European sales success. The highly profitable Cortina and the Ford Escort had taken Ford’s UK market share to 25% and its production plants at Halewood and Dagenham were pumping out 400,000 cars a year, largely for the home market. 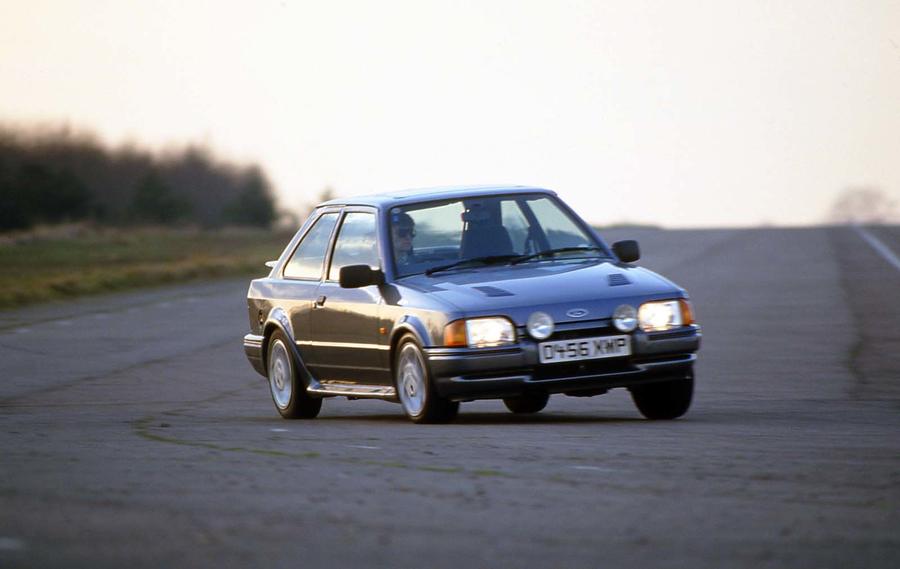 But with a new front-drive era ahead and the Escort Mk3 due for launch in 1980, Ford needed a new plant to build the forthcoming CVH engine.

Enter the Labour government of the time in the shape of prime minister Jim Callaghan, whose constituency was in Cardiff, a power base in industrial South Wales, and a package of incentives to tempt Ford.

In fact, Bridgend was a rare success story at a time of upheaval in a strike-prone British car industry.

Callaghan struck up an unlikely friendship with Henry Ford II, grandson of the company founder, and to clinch the £180 million Bridgend investment – equivalent today to £1 billion – Callaghan personally gave assurances about the conduct of the workforce.

Ironically, not the assembly workers, but the construction workers building the plant. Ford was very concerned that strikes would delay Bridgend from opening on time and damage the start-up of front-drive Escort production in Halewood. The PM’s assurance secured the deal and the plant began CVH production in 1980.

its simple really, the biggest customers JLR and Volvo now build their own engines and are not reliant on Ford/PSA designs anymore.

Idiotic comment. They have unions in Germany and Spain and France etc.   Nissan is / was the most efficient plant in Europe - same unions there too. Unions at Toyota - they seem to work pretty well.

Unions deprive individual of choice and brains? What choice does an employee have when his paymaster says he has to increase his workload for less money? Or when safety is compromised?

Ever watch 'Made in Dagenham'?  Ford paid the women a fraction of what they paid men because they were deemed to be 'unskilled'. You agree with Ford do you that women aren't worth as much as men?

Like everything in life you have bad unions and you have good unions, but your comment shows you're the one with no brains.

No doubt the SMMT will try to blame that lot on Brexit too.