BACK TO ALL NEWS
Currently reading: Ineos confirms BMW engines for 2021 Projekt Grenadier 4x4
UP NEXT
Worth the weight? Lotus Emira first ride

BMW to supply petrol and diesel engines for back to basics 4x4, the first official details of which have been confirmed by the company for the first time
Open gallery
Close

Ineos Automotive has confirmed its Projekt Grenadier will use BMW-sourced petrol and diesel engines in the first of a series of upcoming announcements around its upcoming hardcore 4x4.

The new model, created by the Ineos chemical company owned by Britain’s richest man Jim Ratcliffe, will be revealed in 2020 before going on sale in mid-2021, the company has confirmed to Autocar.

A whole host of different variants, bodystyles and wheelbase lengths of the new model are planned, as part of its brief to fill the void of the original Land Rover Defender as a back to basics 4x4 that’s a spiritual successor to that car.

Around 25,000 units a year for the company is the ultimate production goal across its various derivatives, and Ineos believes it can be profitable at that level despite Land Rover not having a business case for the previous Defender which was just below those levels. Mark Tennant, Projekt Grenadier commercial director, said this was no vanity project for Ratcliffe, and that the project would be judged internally against the same profitability criteria as Ineos’s other businesses.

After the BMW powertrains, the exact specification of which are yet to be revealed, the next announcement is set to be around where the model will be manufactured, with a desire for the model to be built in Britain. Ineos isn’t ruling out using an existing site to build Projekt Grenadier, although Honda’s Swindon plant is considered too large and Ford’s Bridgend plant is not geared up for car production. It is ensuring it plant has greater capacity should its 25,000 sales target be exceeded, said Tennant. 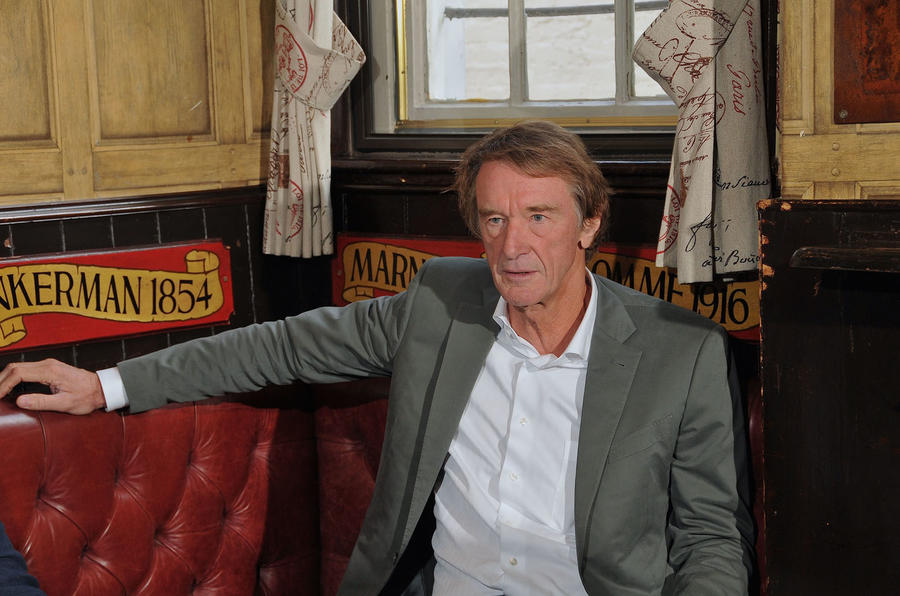 Projekt Grenadier, the production name for which is due to be revealed this summer after a public competition to name it ends, will be built on an Ineos-designed and built steel ladder frame chassis, with aluminium body panels. Solid live front and rear axles will feature along with permanent all-wheel drive to help give the car its target of best in class off-road performance, while remaining as light as it can be and retaining credible on-road performance.

The engineering of the car has been outsourced to German engineering firm MBtech. Around 150-200 MBtech engineers are working full-time on it, with another 40-50 Ineos engineers embedded in the project. One mule has been built and has been testing around the Austrian Alps since last June.

Ineos will work with partners, including BMW, on some areas of the project, but will design, develop and build for itself in other areas, including with the chassis as there is not an off-the-shelf ladder frame that can meet the project’s requirements. Ineos also plans to build the manufacturer the car itself rather than use a contract manufacturing company, including developing its own tooling.

While the project may have been born out of a desire to fill Land Rover’s void, the project has evolved into a significant entity in its own right. The brief has evolved to trying to do what the original US Army Ordnance Spec Jeep could, in being tough off road and easy to repair. Rivals such as the Toyota Hilux and Jeep Wrangler are mentioned by Ineos, which hints at both the kinds of bodystyles it will offer and its pricing is likely to be in the high £30,000s to low £40,000s as a starting point.

Ratcliffe, an engineer by trade, has stated that the car must be capable and durable, with a good design, while remaining affordable.

As for its powertrains, Projekt Grenadier will not use electrified technology at first, but does have its eye on future EU7 emissions regulations. It will not use plug-in hybrid technology due to the unnecessary weight it adds, but is watching closely the development of fuel cells in particular. A diesel is still considered crucial in Europe initially as that’s where the market remains for such vehicles. An automatic transmission is likely due to its greater robustness but not yet confirmed.

Styling wise, Tennant said that it would “not be on trend as another jelly mould crossover SUV” and Ineos would “move away from the homogenised vehicles that ultimately give less choice”. The very nature of its narrow width, short wheelbase, wheel at each corner and flat glass design mean it will be a boxy 4x4 with real off-road purpose, but Ineos is still working hard on giving it a design character of its own with a face and lighting signature. 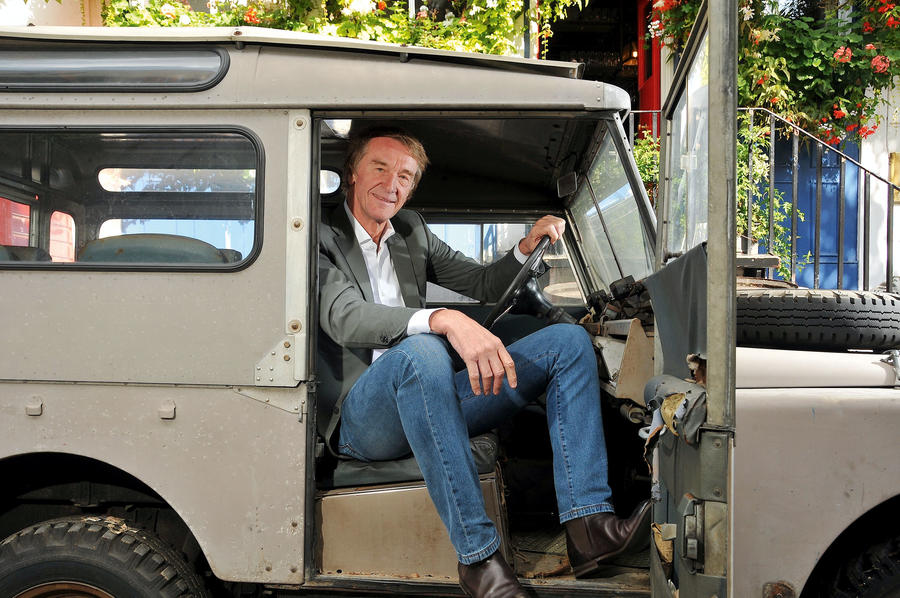 “It won’t be an alternative to an SUV, it’s putting the utility back into that,” said Tennant. He said it would be built for purpose with everything functional, and was designed to be a working tool with real credibility in markets such as Africa and Australia, and for use by non-government organisations. It would be designed with easy maintenance in mind, and to work on lower quality fuels that it might encounter in more remote places.

The interior will also be functional in its design, with drain plugs and hose down materials. Chunky rubber will feature inside, and leather will only be used if it’s the most durable and functional material. Cabin ergonomics will be greatly improved over the original Defender, too.

A whole series of aftermarket options are under consideration to give even greater customisation to the model, including removable body panels. The business model will be similar to FCA’s Mopar in this regard.

A full-size clay model exists and is currently being honed and finalised before being imminently signed off. Ineos has worked with an outside design company in Stuttgart on the look of Projekt Grenadier but has also consulted with a big-name major car designer, too.

The company will sell its models direct where it can, as with its global spread of sales across multiple variants, the actual amount of each model sold in each market will be quite small. Initially, Ineos plans a launch in Europe for its first new model, with other ‘rest of world’ markets, the likes of Africa and Australia, to follow. A US launch is further off due to the different regulatory requirements, while a Chinese launch is not being committed too for now due to the challenges of entering the market.

In the future, Tennant is not ruling out other cars or vans from Ineos, but the long-term focus would be on getting the Projekt Grenadier and its derivative each launched successfully around the world.

Ineos vs Land Rover takes to the high seas

Ineos Grenadier: why a chemical firm is creating a 'serious' off-roader

Be good if the engines come out of Hams Hall. Seems ironic that a bunch of ex Mercedes-Benz designers are working with arch rival BMW's engines. Shame that Caterpillar/Perkins Peterborough couldn't offer a seriously updated Prima, or Cummins or JCB.

I have been involved in buying engines for OEM's in the past - given they want both petrol & diesel, and JLR are unlikely to want to help while the Japanese are abandoning diesel, maybe Renault or Fiat might have been better value/more utility based than BMW?

~So many experts, I’m with

~So many experts, I’m with the farmer.

I like the sound of drain holes, hose-down materials and chunky rubber.  That's more like it.  So many so-called utility vehicles have daft interiors with carpets which you have to put rubber mats over anyway and other chinzy trim that quickly looks tatty.  If the design is good, the interior will look good with "chunky rubber" etc, Land Rover and others take note.

The Jeep Wrangler has a hose-out interior with drain holes in the floor.  The trouble is that it's £50,000.  I think the new Defender will be starting at that price, too.  Shame.