BACK TO ALL NEWS
Currently reading: Throwback Thursday 1989: the switchover to unleaded petrol
UP NEXT
Sorry, wrong number: the forgotten problem of car clocking

Three decades ago, concerns about the shocking effects of lead upon public health prompted a rethink about the type of fuel we used to power our cars
Open gallery
Close

“Unleaded fuel is now an inevitability – sooner or later, we will all be filling our cars with it,” Autocar wrote in its 11 January 1989 issue.

“For environmentalists – indeed, anyone even mildly green-conscious – the widespread use of unleaded cannot come enough.”

Petrol infused with Tetraethyllead was introduced in the early 1920s, having been found to reduce engine knocking. “It’s a convenient way of preventing pre-ignition,” our article explained, “or pinking – the metallic rattling sound from the engine when it is under load in a high gear. Pre-ignition doesn’t just sound nasty – if allowed to continue, it will burn out the pistons. Lead, too, has advantages; it lubricates the moving part of the upper cylinder. 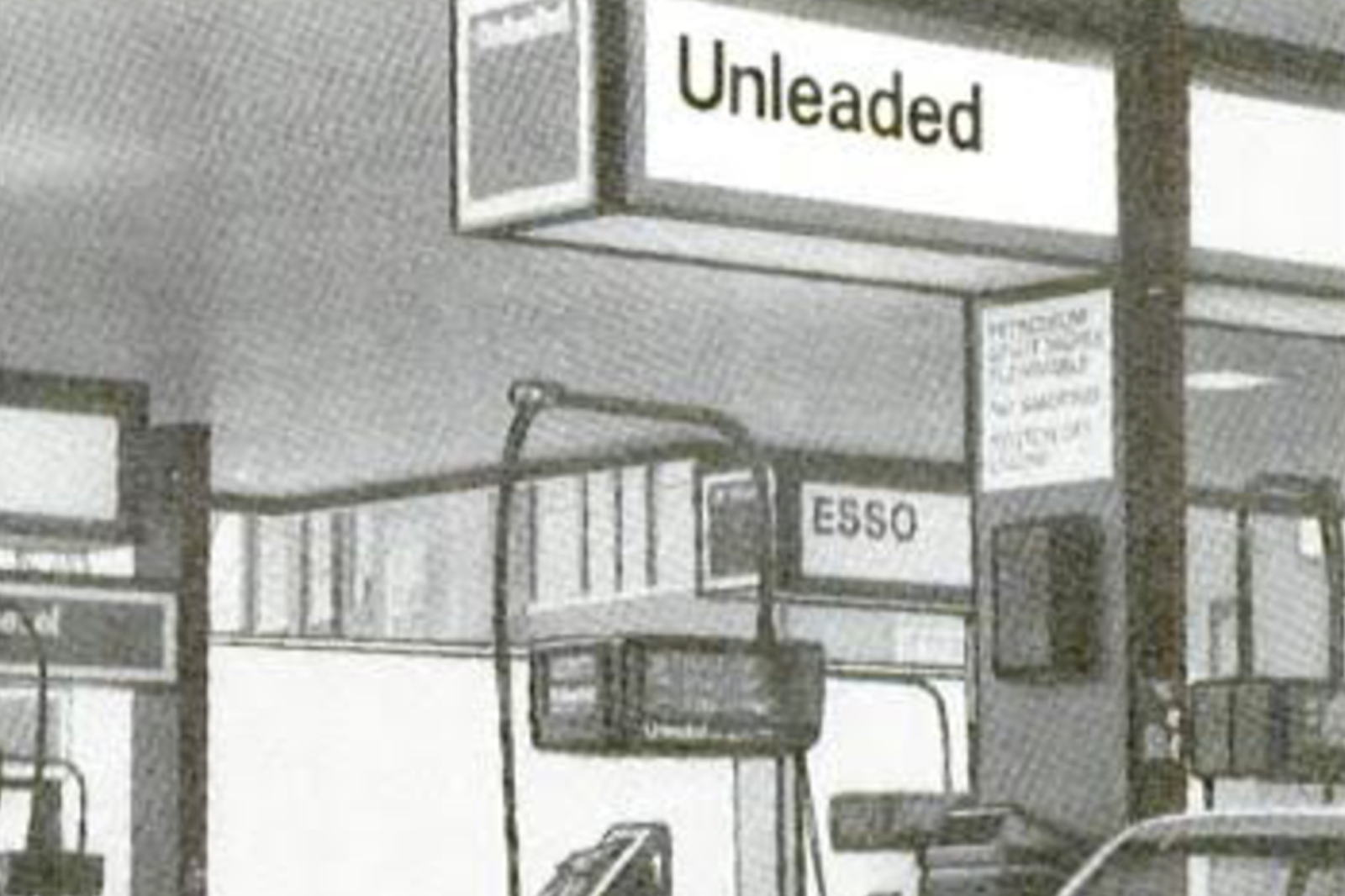 "Leaded petrol reached a peak during the war, when the fighter aircraft engines needed maximum power and efficiency. Levels stayed high throughout the 1950s and 1960s, and lead’s importance increased with the growth in high-compression engines.”

“Lead is an extremely nasty pollutant – it can cause brain damage, particularly in children,” we said back in 1989, when the UK was pumping 3000 tonnes of the stuff into the atmosphere annually.

Indeed, studies had proven that raised lead levels in children's blood had a direct link with brain damage, hypertension and learning disorders and that children who lived near motorways and town centres had a far higher likelihood of developing these illnesses.

A 1985 study in the US estimated that leaded petrol caused one million cases of hypertension per year and more than 5000 deaths from heart attacks, strokes, and other diseases related to blood pressure – and that was just for men aged between 40 and 59. 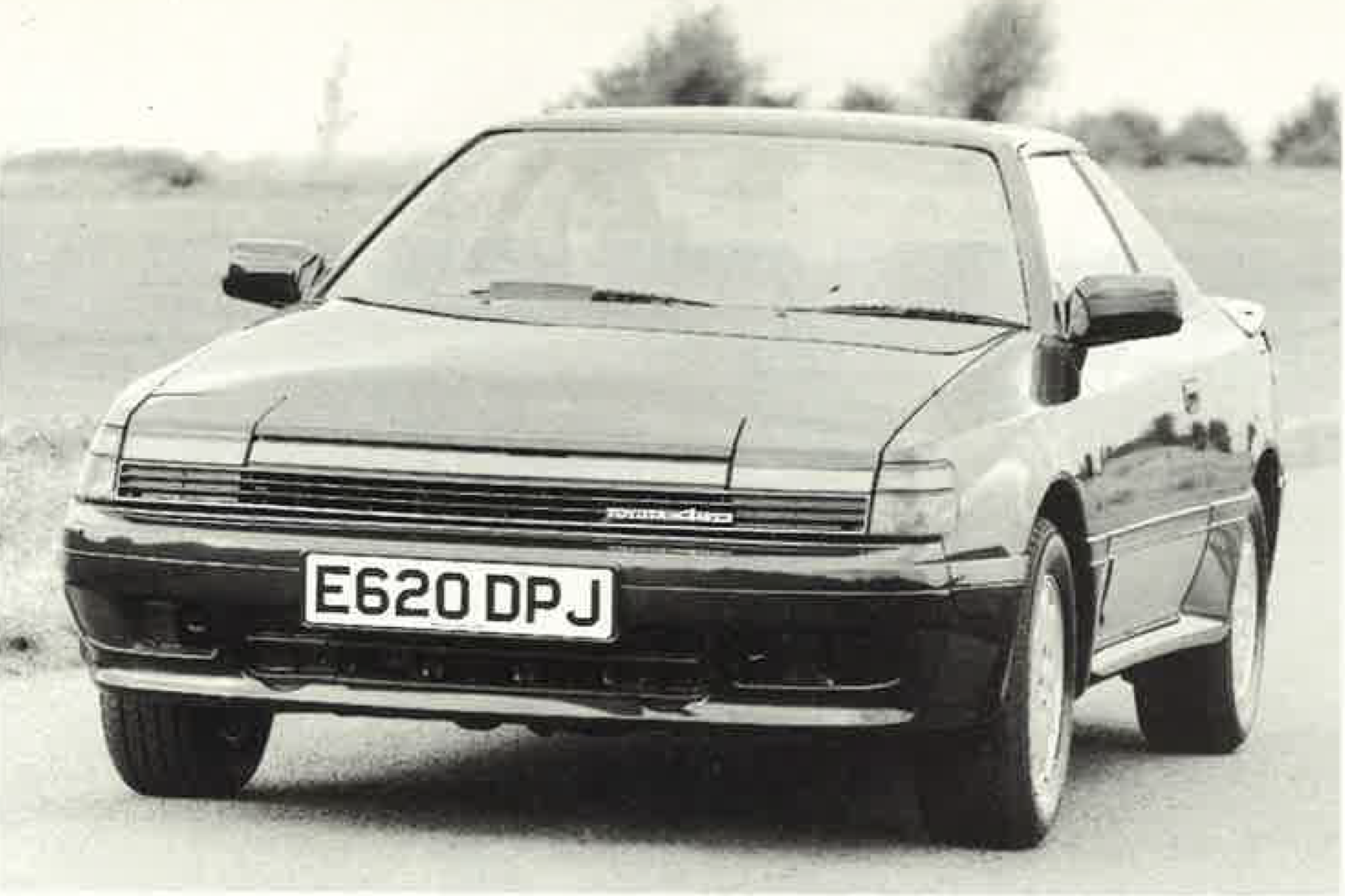 Something had to change, and fast.

Meanwhile, the EU’s predecessor, the EEC, set new legislation for car emissions to make catalytic converters – which allowed engines to run only on unleaded – effectively essential by October 1993. This became known as the Euro 1 standard.

In the face of this new unleaded petrol, motorists were naturally worried – after all, lead was there for a reason. 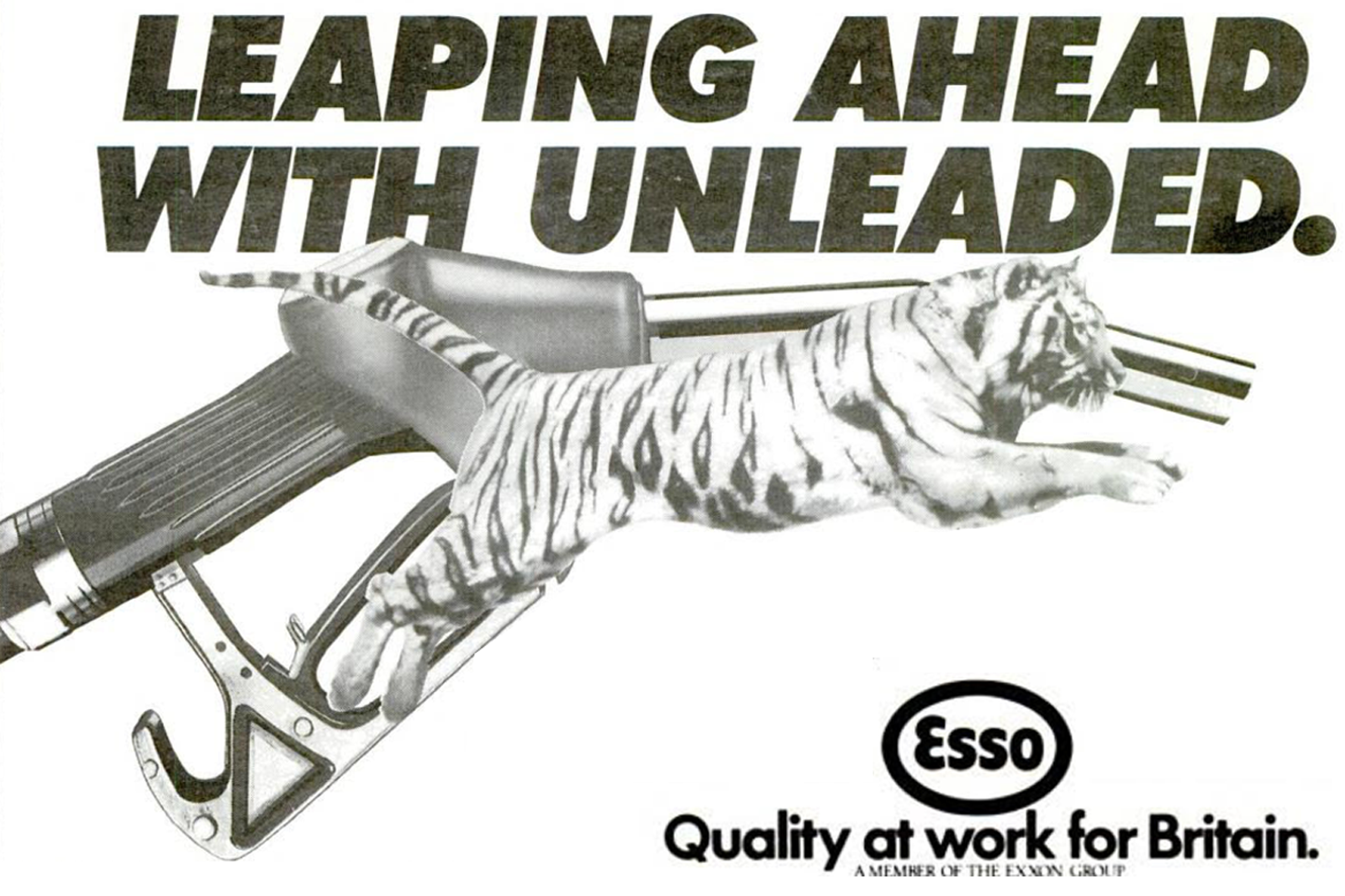 “Around two-thirds of the 22 million cars and light commercial vehicles can accept unleaded fuel, according to the Society of Motor Manufacturers and Traders,” we explained at the time.

“There are, however, engines which simply cannot run on unleaded fuel. These are mostly older designs, with inlet and exhaust valves directed on a cast-iron cylinder head – and the lead is needed to lubricate the valves and valve-seats. Without it, they would deteriorate through corrosion and burning. To a lesser extent, very high-compression, highly tuned engines can’t be easily weaned of leaded fuel, either.

“In addition, there are power units that need modification in order to run on unleaded. A franchised dealer will tell you whether your car can be converted economically – or refer to the relevant Department of Transport booklet or a chart produced by CLEAR (the Campaign for Lead-Free Air).

“All that needs to be done is for the ignition timing to be retarded by a few degrees, thus causing combustion to occur fractionally earlier. Most dealers will charge £10-£20. On the other hand, dealers of prestige makes might charge up to £80 for turning an ignition chip around.

“Catalyst power units, though, are a different matter; these cannot accept leaded fuel under any circumstances, and damage will result unless unleaded is used." 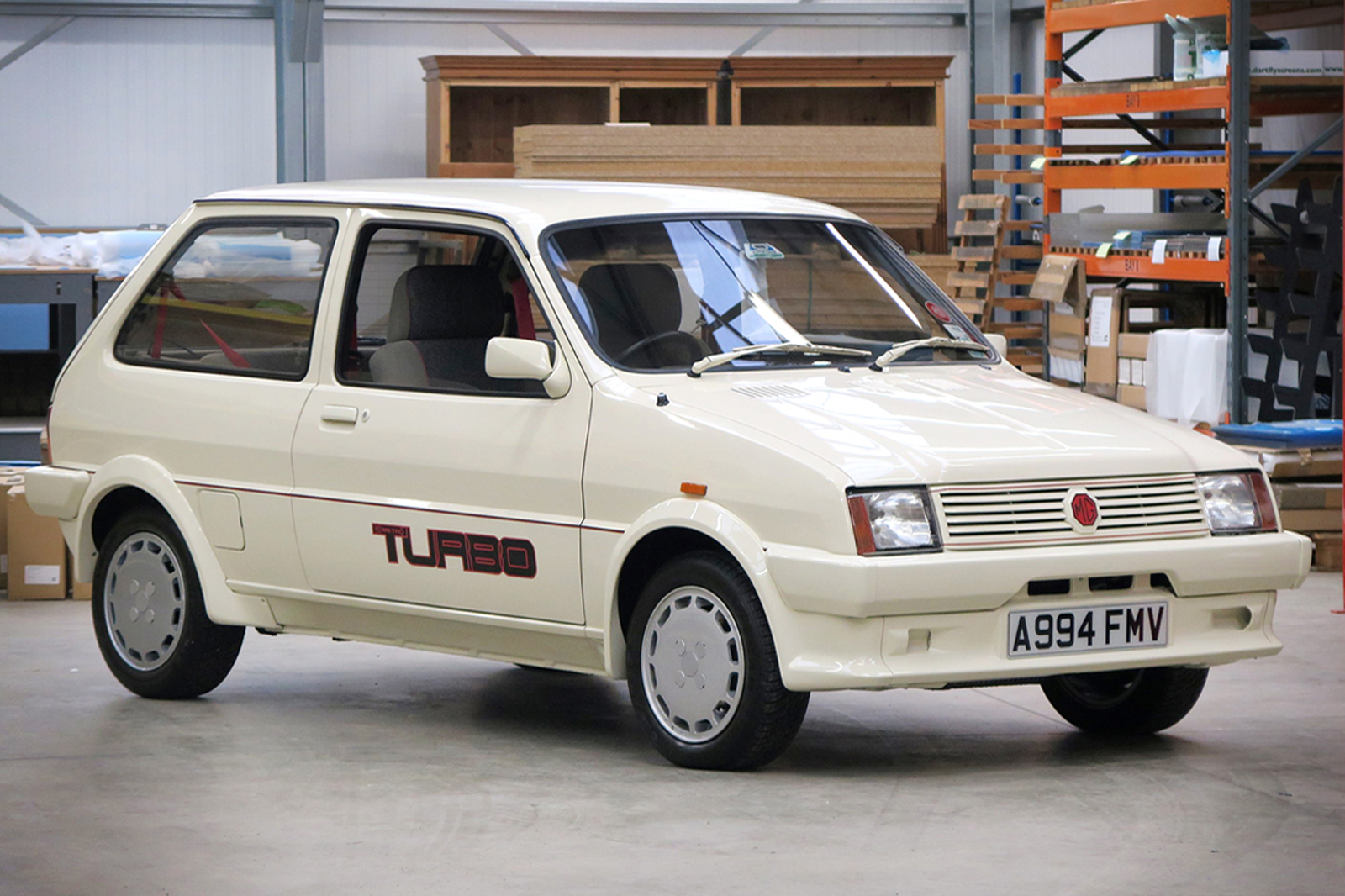 So, how easy would the switchover be?

Autocar explained: “After what must be regarded as a period of complacency, a lot of Rover Group cars cannot take unleaded – among them all Metros bar the 1.3GS, about half the Montego range, and all Maestros and Rover 216s. However, current valve-seat development will ensure that all models built after this spring will be able to accept it, with the exception of the MG Metro Turbo and Maestro Turbo.

“Virtually all existing Fords can run on unleaded but, apart from the new 1.8-litre Sierra, they will need to be adjusted. Just the Escort RS Turbo will require leaded.

“The V12 cars will soon be factory-set for unleaded; fortunately for Land Rover, the Range Rover’s all-aluminium V8 needs no re-engineering before it can be retimed for unleaded.”

Catalytic converters are universal now, but they were almost unknown to the British public in 1989.

“Contrary to widely held opinion, an engine tuned to run on unleaded fuel and an engine with a catalyst are not the same. Have your car retuned to use unleaded, and it won’t pump lead into the atmosphere, but it will continue to emit carbon monoxide, unburned petrol hydrocarbons and nitrogen oxides (NOx) – all poisonous. These gases produce smog and contribute significantly to the acid rain that is having such a dire effect on European forests. A catalyst engine, in contrast, produces an exhaust that’s free of these pollutants. 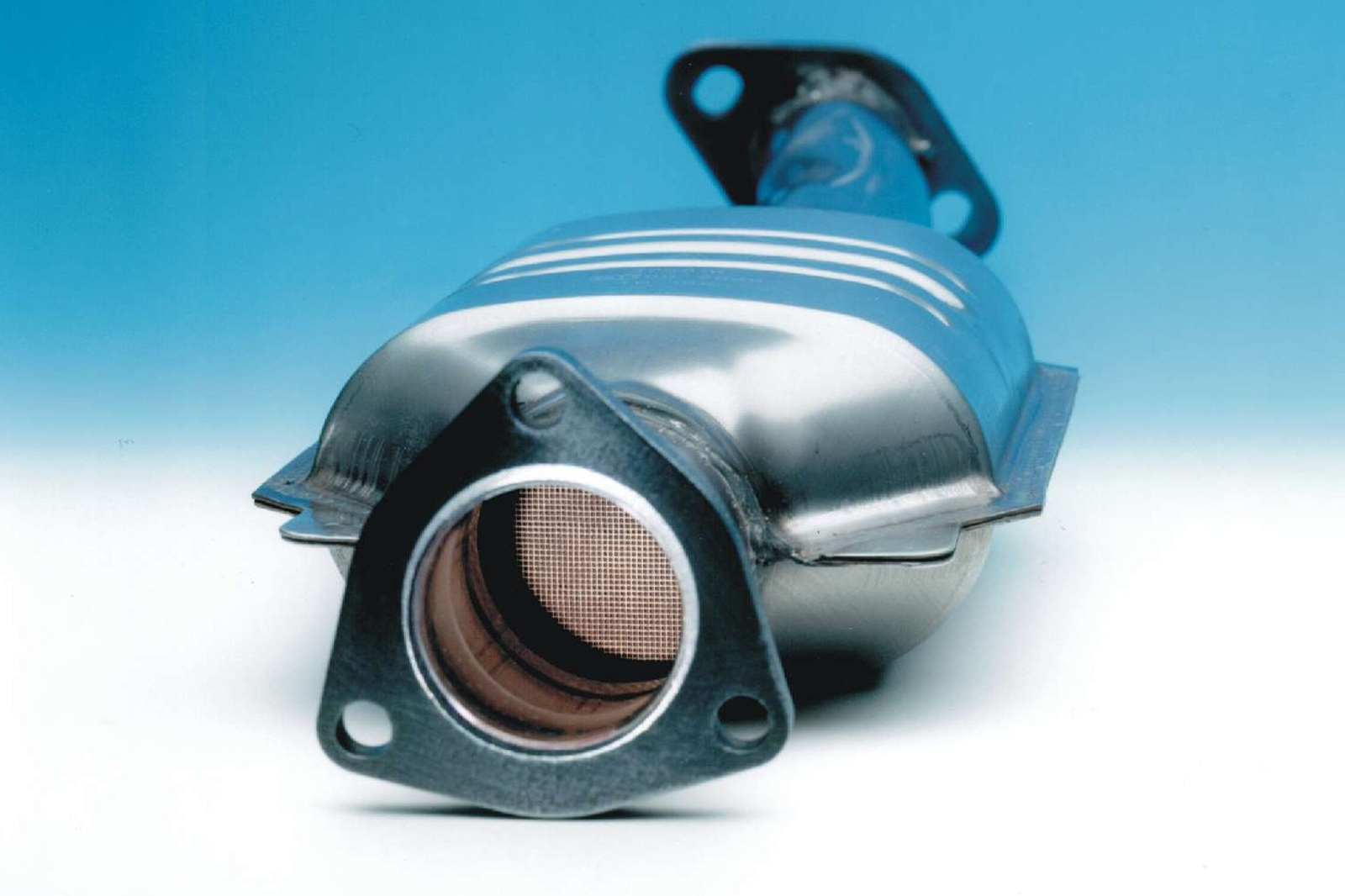 “When pioneered by the Americans in the late 1960s, catalysts were downright crude – and proved inefficient, lacking in power and thirsty. However, much has happened to them since. Today, ‘clean’ engines are much more efficient. Virtually all catalyst Porsche models have identical power to their non-catalyst counterparts.

“The modern catalyst is a stainless-steel box measuring about 12inx9in and containing a mineral combination over which the exhaust gases pass. Although compacted, the metals actually have a surface area as big as a football pitch. And the chemical reaction to the minerals reduces the gases to harmless CO2 and water vapour.

“Because lead pollutes the minerals, just one tankful of leaded petrol would be enough to wreck a catalyst. With unleaded fuel, the normal life is thought to be around 50,000 miles. A catalyst for a small-engined car adds £200-plus to the asking price.”

So, how quick was the UK to take up unleaded?

Well, despite its growing prominence, in 1988 the fuel type took just 0.4% of sales. So the Government introduced a tax structure that ensured unleaded petrol would always be cheaper than leaded, with the difference beginning at around 6p per gallon. 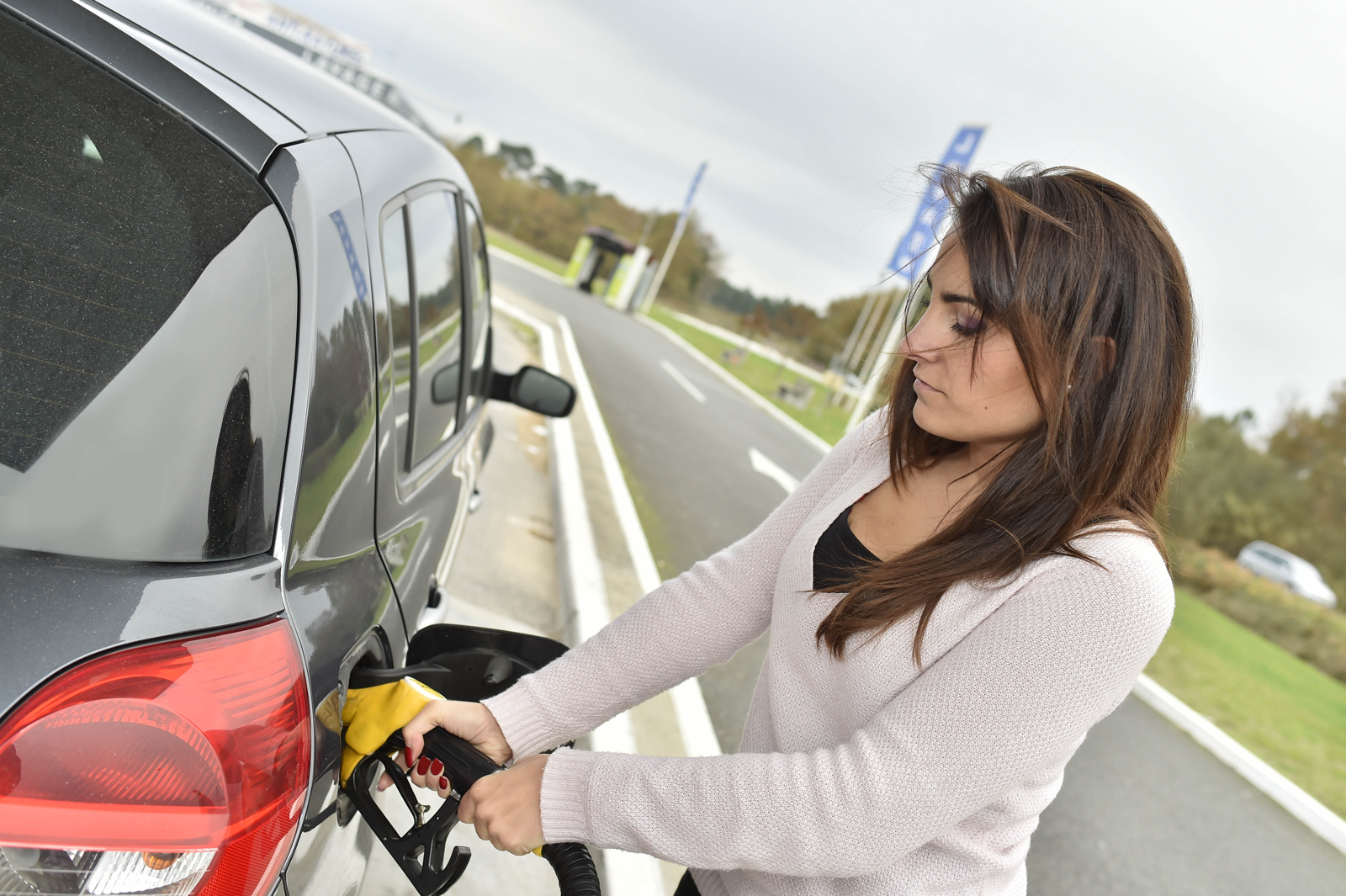 “The oil industry has invested something like £400 million in making unleaded petrol available,” said Ian Berwick, director general of the UK Petroleum Industry Association, back in 1989. “So it’s disappointing that sales are increasing so slowly. They reached almost 2% last November, but that’s still low."

A spokeswoman for CLEAR said: “We’d give the Government about four out of 10 for effort. It’s just not selling the public a desire for a better environment by using the obvious means – TV advertising. It should be doing for unleaded what it did for seatbelts.

“Car manufacturers have been lead-footed, if you’ll excuse the pun. They’ve had enough warning about unleaded fuel being made mandatory. Instead, they’ve tried to extend the life of existing engines.”

Autocar concluded thus: “At present, you’ll probably end up losing very slightly on running costs with unleaded fuel. It’s a little cheaper, though this saving will be offset by the cost of re-tuning. But what price a clear conscience and, with it, a clearer atmosphere? The decision is yours.”

Thankfully, we chose correctly – a CLEAR survey in the early 1990s found that 90% of people would be prepared to pay more for lead-free fuel and were extremely reluctant to use leaded.

Leaded petrol was finally banned under EU law in 2000. Lead Replacement Petrol was introduced, but was withdrawn three years later, when it was taking less than 3% of petrol sales; today, bottled lead replacement additive can be bought for classic cars.

Lead is linked to violent crime

There has been quite a lot of research that links the fall in environmental lead pollution to the fall in violent crime in western cities, over the last 30 years.

This is a theory, but the evidence suggests that lead pollution makes people aggressive. There was a study in New Orleans that suggested the police could identify violent crime areas by cross referencing them with areas of known industrial lead pollution.

Some theories have even suggested that Roman use of lead pipes for drinking water could explain the Roman fascination with violent entertainment.

All theoretical of course and subject to further research.

@jon 1972 I think there was resistence

Car manufactuers lobbied that it was absolutely necessary and without it would lead (sic) to damaged engines. In the US did'nt Du pont not shower them selves in corporate reputational glory over the withdrawl? You could say it took too long, frightening to think as a kid I loved the smell of petrol.