BACK TO ALL OPINION BLOGS
Currently reading: Matt Prior: Thoughts on the 2021 Car of the Year award
UP NEXT
Opinion: How WRC mechanics keep their cool at minus 20

Matt Prior: Thoughts on the 2021 Car of the Year award

The shortlist of seven nominees for Car of the Year 2021 has been announced, chosen from 29 eligible candidates.

Cars must essentially be new and available in at least five European countries at the time of voting; the seven finalists are the Citroën C4, Cupra Formentor, Fiat 500, Land Rover Defender, Skoda Octavia, Toyota Yaris and Volkswagen ID 3.

Some 60 judges representing 23 European countries select the shortlist in a simple vote (including yours truly from Autocar). Second-stage voting takes place between now and the end of February, with the winner to be announced in March.

The second-round vote, which decides the winner, is more complex than the first round. Each juror gets to allocate 25 points across the seven cars. They can give no more than 10 points to any one car, can't place two cars in equal first place and must give at least five cars some points.

There are six jurors from the UK: me, Autocar senior contributing writer Andrew Frankel, ex-Autocar road tester Vicky Parrott, occasional contributor Andrew English and two very nice people who I think I’m obliged to pretend don’t exist because they write for the enemy.

Normally, we would get together to drive all the candidates on the same roads at the same time, typically near Silverstone, then eat some sandwiches while arguing, before going and independently allocating scores exactly as we wanted to anyway. This year, we will somehow work out a way of doing that.

The full adjudication and every single judge’s comments about every car will appear at caroftheyear.org when the 2021 winner is announced. 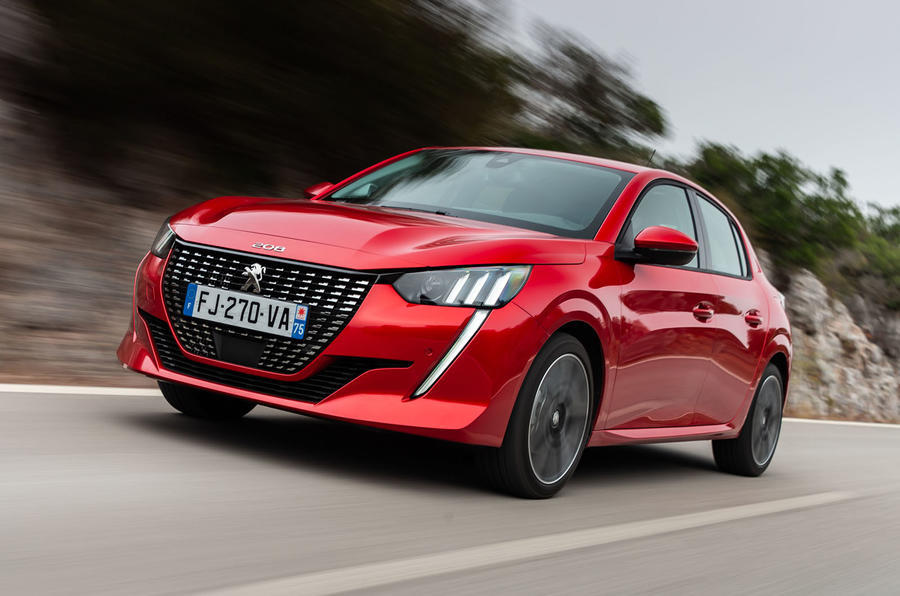 The 2020 winner was the Peugeot 208; in 2019, the Jaguar I-Pace won on a countback after it and the Alpine A110 finished in equal first place (the Jaguar received more first-place nominations, which gave it the nod).

Car of the Year, which has been running since 1964, has added three new sponsors to its ranks for 2021. Nine automotive publications from nine countries now support the independent organisation and provide all of its funding; it accepts no manufacturer sponsorship. Manufacturers don’t get charged to enter or even to decide whether they enter; if they’re eligible, they’re in. Not all new car awards are the same.

This year’s longlist of 29 models was a little shorter than usual (in 2019, for example, there were 38 candidates), but cars that didn’t quite arrive in time (such as the Ford Mustang Mach-E) will automatically go onto the 2022 longlist instead.

The shortlist appears reasonable to me, although I nominated some alternatives. That the Hyundai i10 and Mercedes-Benz S-Class both missed out is, I think, a shame, but the Honda E I objectively have a probably unreasonable soft spot for.

I haven’t spent much time in the new Octavia yet, but I know the other shortlisted cars pretty well, and there are some decent potential winners in there. More news in a month or so.

Every Car of the Year winner - and how they prospered

The Defender has no everyday useful purpose that anyone would ever need. It will be bought by people who go to the gym a lot and want to be Ant Middleton but aren't. They will oft be below 5'9" tall. It is a fancy dress outfit on wheels. The ultimate idiotic SUV. I'm sure it could drive up Everest, but why would you want to?It'll be sad if it wins. It's like one of those silly enormous watches that can tell you the weather on Mars. Prior might vote it the winner. Hopefully not. The ID3 is by far the most interesting as according to Harry's Garage it's apparently quite good. I own a Golf V GTI and a VW California. Both are fantastic are the best at the useful and fun stuff they do.

si73 25 January 2021
No everyday useful purpose, why is that a reason to buy a car? It would get me to work everyday as does my na eunos, but unlike my eunos it can carry more than one passenger and luggage etc, it will tow a horse box, caravan or boat etc and be ideally suited to anyone who lives rurally. The ID3 is nothing that Renault or nissan haven't already done so is also nothing special or new. Personally I am not a fan of SUVs in general, a decent estate car is superior to my mind but it's up to individuals as to what they prefer and what they want irrespective of what they need. Of course if coty is as political as Eurovision then the defender will never win.
Rio160703 25 January 2021

I cant see how you can say that the Defender has not everyday useful purpose.

rob26 29 January 2021
As Si73 says, any estate would be better. A Defender will get you from A to B but all the other stuff it does is completely and utterly pointless. It’s all about image. I can understand a Qashqai, it’s like an Astra but you sit higher. 2WD it’s fine. I just think you really have to want to project a really naff Mr Muscles image to drive a Defender.
Bob Cat Brian 22 January 2021
Voting in this always seems to be as partisan as the European Song Contest. Id bet on the FIAT 500, or maybe ID3. I cant see any of the others being close
289 22 January 2021

..... seems a shame, all that effort for something the buying public dont give a toss about!