BACK TO ALL OPINION BLOGS
Currently reading: Matt Prior: Performance SUVs have the numbers but is this enough?
UP NEXT
Matt Prior: Why lane-keeping assist systems need a rethink

Matt Prior: Performance SUVs have the numbers but is this enough?

Seven minutes, 42.253 seconds. That’s how long it takes the 592bhp Audi RS Q8 to lap the Nürburgring and it’s about seven minutes and 41 seconds longer than I cared about that particular fact.

But should I care? I mean, it is quite impressive, isn’t it? This is a hurdy great 4x4, after all. It must weigh two and a quarter tonnes and can probably also tow a horse box across a wet field. And as Aston Martin’s chief engineer, talking about the development of the new DBX SUV on these pages last week, said: “Developing these cars does make you a fan of them.”

And that’s because they’re just so hugely capable. More capable, I’d argue, than any other kinds of car on sale. Who’s to say sports cars should have the monopoly on setting fast lap times? A Porsche 911 GT3 RS is meant to be fast around the Nürburgring. The news would be not that it is fast, but if it wasn’t.

But a five-seat, five-metre-long, 1.7-metre tall off-roader? Well, that it can set ridiculous lap times is, strictly logically speaking, much more newsworthy. Marvel at what automotive engineers can achieve these days. 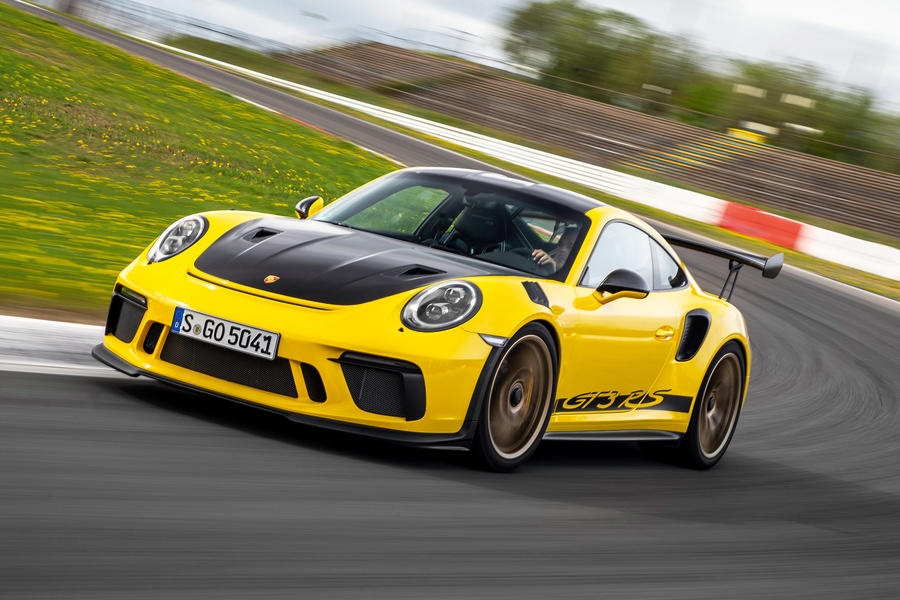 They can give us a car that can do absolutely everything. It can carry your family in comfort and safety, take you on long journeys smoothly, is so usable daily that you can pootle into town quietly. And yet, should you have the misfortune of turning left onto a particularly challenging one-way road in Germany, having mistaken it for a roundabout or something, and you have to complete an entire rotation before finding your exit, the good news is that it shouldn’t lose you any more than eight valuable minutes from your day. Purely objectively, that’s remarkable.

And it’s not like you can blame companies for wanting to make a bit of a song and dance about this because the competition is fierce and, like it or not, more people seemingly want a 4x4 than don’t.

This week, Alfa Romeo has canned the 4C sports car and reportedly abandoned its plans for a new GTV coupé and 8C successor, so that it can concentrate on making cars like the Tonale compact SUV. Remember when Porsche was in the sports car business? Last year, it sold 86,000 Macans and 71,000 Cayennes. Combined, they outsold 911s by more than four to one.

Aston Martin’s latest financial results show a loss because the Vantage isn’t selling in big enough numbers and the DBX hasn’t yet arrived. Aston does not need to take up much unfulfilled SUV demand to turn its balance sheet minus into a plus, but Audi would still rather you bought an RS Q8 so it’s keen to tell you how remarkable it is. Quite remarkable, is the answer.

At least, that’s the logic of telling you. But still, it is 2019; conspicuous consumption is somewhat out of fashion. And, while having a 4x4 might not actually be any more consumptive than owning a dog or eating meat, and while the industry certainly takes its share of scrutiny compared with other big business, it might be worth remembering that even though those performance numbers look great, they are not necessarily a great look.

Although being told that we shouldn’t be told how fast an RS Q8 goes is, curiously, one of the few things that makes me want to know.

I predict the tide will turn

22 November 2019
There have been some stories in the press recently about new vehicle emissions rising for the first time in decades with the finger firmly pointed at suvs. In these increasingly environmentally conscious times I predict a swing back towards lower more aerodynamically efficient body styles.

These super luxury sports SUVs just look so out of step with, well, everything. Yes they will carry the family, but the kids will be asking why Daddy didn't buy electric instead. Kids think EVs are cool, not these.

24 November 2019
Only Gretal Thumbsucker....and an SQ8 looks nicer than a YouTubers boat