BACK TO ALL NEWS
Currently reading: New Alfa Romeo Tonale: 2020 production car leaks online
UP NEXT
How a sat-nav can make you faster around a track

Images purported to be of BMW X1 rival, sitting below the Stelvio, show how the design has evolved since the concept
Share
Open gallery
Close
Share story

Alfa Romeo's new hope for sales success, the Tonale small SUV, appears to have leaked online in close-to-production form well ahead of its unveiling next year.

Images reportedly showing the finished or near-finished design have been posted online, seemingly first by an Italian car forum before being widely shared on social media.

They reveal the car bears a resemblance to the original Geneva motor show concept, but with a number of changes. At the front, the split between the bonnet and front bumper has grown, accomodating more conventional headlights. 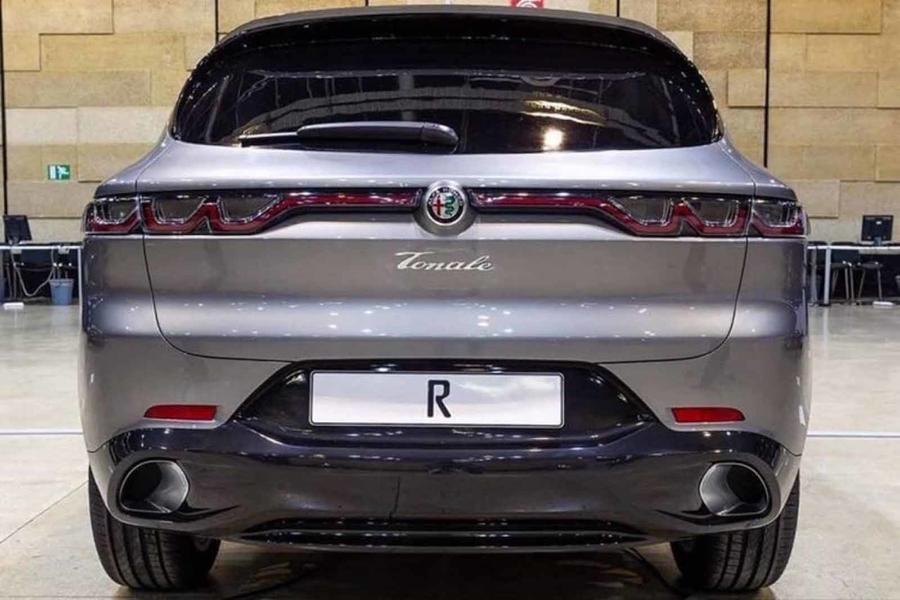 The rear window has grown in size, too, while the tail-lights are thicker. The overall proportions remain the same, however.

Set to be unveiled as a production model some time in the middle of 2020 before arriving in showrooms at the end of the year, the Tonale made its UK public debut in concept form at the Goodwood Festival of Speed back in July. It will be a challenger to the BMW X1 and Audi Q3.

The SUV, which will sit below the Stelvio in the Alfa Romeo range, and which takes its name from another famous Italian mountain pass (this one lower and in the Rhaetian Alps), will be the brand's first car to offer plug-in hybrid technology. ​

The Tonale concept was a surprise unveiling at the Geneva motor show and underlines Alfa Romeo's determination to finally hit the 400,000 per annum sales target - up from around 150,000 in 2018 - that it has long coveted, according to European brand boss Roberta Zerbi. 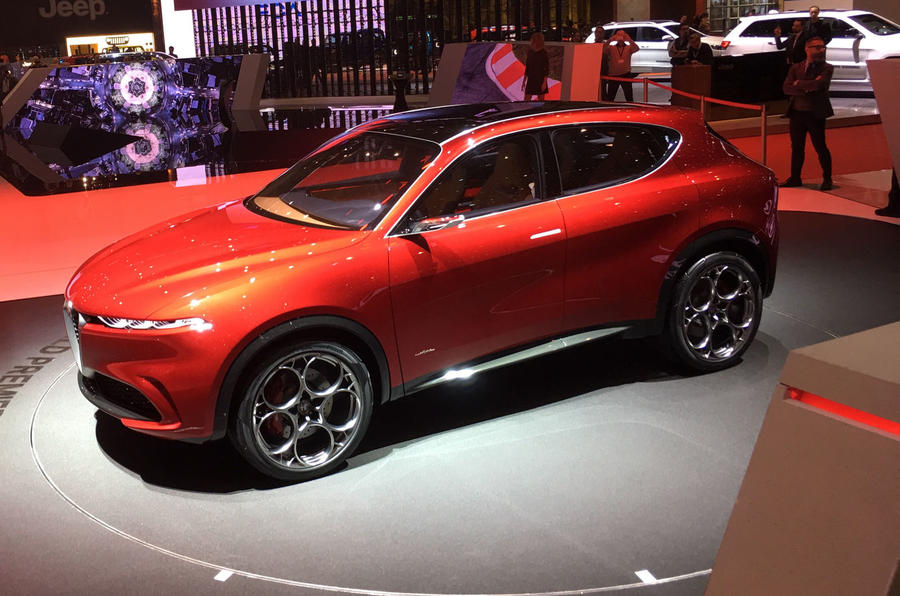 “We expect the Tonale to become our best-selling car,” said Zerbi. “Combined with our other new products, we expect to have a car to suit the needs of around 80% of all European car buyers by 2024, and that puts Alfa in a much stronger position than today.”

The Tonale is set to use a hybrid system that will be introduced in the Jeep Renegade shortly, although Zerbi refused to be drawn on details of its capabilities beyond saying it links a front mounted petrol engine and a rear-mounted electric motor.

Alfa gave no details of the power output of the system, but the Renegade PHEV revealed at Geneva by sister firm Jeep featured a 236bhp powertrain.

It is likely Alfa would look to eclipse this figure in order to meet its performance brief. Instead of a 'Dynamic' drive mode as in previous Alfas, the Tonale features a 'Dual Power' option that makes maximum use of both motors Zerbi did confirm that convention petrol - and likely diesel - engines would be offered in the line-up as well.

Alfa offered few technical details of the car’s set-up, either, although reports suggest the Tonale will make use of the Jeep Renegade's platform, meaning front-wheel drive is likely. Zerbi refused to be drawn, saying only: “ “We’re looking at architectures that we have in-house.”

However, global Alfa Romeo boss Tim Kuniskis promised that the Tonale ”will embrace our core brand principals: advanced engine technology, electrification, distance proportions and stunning Italian design." He claimed: "We will not launch just another CUV. We will launch a CUV as only Alfa can."

The Tonale features styling closely aligned to the larger Stelvio, and the firm says it contains touches referencing previous Alfa models. The 21-inch wheels feature a design inspired by the 33 Stradale, and the firm says the narrow front LED lights reflect the SZ and Brera.

Inside, the Tonale concept makes extensive use of leather and Alcantara, with a number of backlit panels. The dashboard features a 12.3-inch digital display screen, with a 10.25-inch central touchscreen. Alfa says that the concept features a new version of its infotainment system, including a new multitasking interface.

While the Tonale will give Alfa a boost as it chases 400,000 sales a year, last year its parent company, Fiat Chrysler Automobiles (FCA), announced plans to build two new SUVs alongside a new GT4 coupé and 8C sports car, by 2022.

The firm’s group CEO Mike Manley is credited with putting the Jeep brand back into a position of strength by launching more attainable SUV models, such as the Renegade.

"Alfa was a very long way from its plan,” said Manley, referring to the 400,000 sales target. “It was an over ambitious estimation of how big ithe brand can grow. The plans have been reset to an extent. But there still has to be relatively strong growth rates. There's a fine line between a brand growing because the customer base likes the brand and what it stands for, or you drive down prices. I don't want the latter.”

Wheely, are you serious?

People want BIGGER WHEELS on here? Surely not, I thought this had a bunch of grown-ups mumbling (along with Autocar's testers) that giant wheels are the root of all evil.

This thing looks rather lovely to me, and coming after the attractive Stelvio that's impressive - especially vs the cheap-looking and ghastly-styled Maser SUV.

No, these wheels look fine, it's a mid-series model and I want it to be comfortable and not some pimped-up horror on 23" wheels.