BACK TO ALL OPINION BLOGS
Currently reading: Matt Prior: Absence of 964 EV's flat six makes the heart grow fonder
UP NEXT
Remembering Clive Sinclair and the launch of the C5

Your car, your rules. Not for me the sneering at a lowered Volkswagen Golf GTI that scrapes fibreglass along every speed hump it meets, nor any tutting at a Ford Granada turned banger racer. And ultimately I will turn a blind eye to those who put 6.0-litre AMG V8s in genuine Mercedes 300 SL Gullwings. There were a dozen, I think. One was painted in camouf lage.

So, I’m not a purist, then. I own a 1973 Volkswagen Beetle with ‘Baja’ springs and terrible fibreglass; and a Honda 125 commuter motorbike that’s slowly becoming a Scrambler. I’m very much of the ‘your car, do what you like’ mindset.

And so to Everrati, which has turned the 964-generation Porsche 911 into an EV. It’s a restomod, electrified. An electromod? Whatever. I’ve no problem with this, either, even though the charismatic flat six has been dispatched for Tesla motors that, according to our Mike Duff, served as “a reminder of how much of the 964’s appeal is due to the engine”.

I’m also fine with what’s next on Everrati’s to-do list: the Ford GT40. Not the original but a recreation by Superformance, which makes splendid continuation cars. I drove one once, and it was just as heady as the real thing.

The experience was dominated not by the straight-line speed that would mark out an EV but by the tone, response and, ultimately, volume of a V8 that sounded like it would gladly eat me.

There’s more like this. Electric Classic Cars is going to install Tesla gear into the Ferrari Testarossa – a car whose flat-12 engine is basically the point of its existence. Ferrari literally named it after its engine.

But again, this is fine. Some classics would suit being EVs better than others, and I’m not sure these ones really do (I could totally get the vibe of an electric Land Rover), but I’m not a hypocrite, so carry on.

I’m not convinced, though, that this is, as claimed, futureproofing classics. It’s not. It might be a way to drive into cities without paying a surcharge, but if classics were large on legislators’ radars, it wouldn’t cost me nothing to tax a Beetle that also needs no MOT test certificate. Classics are a pretty benign hobby. 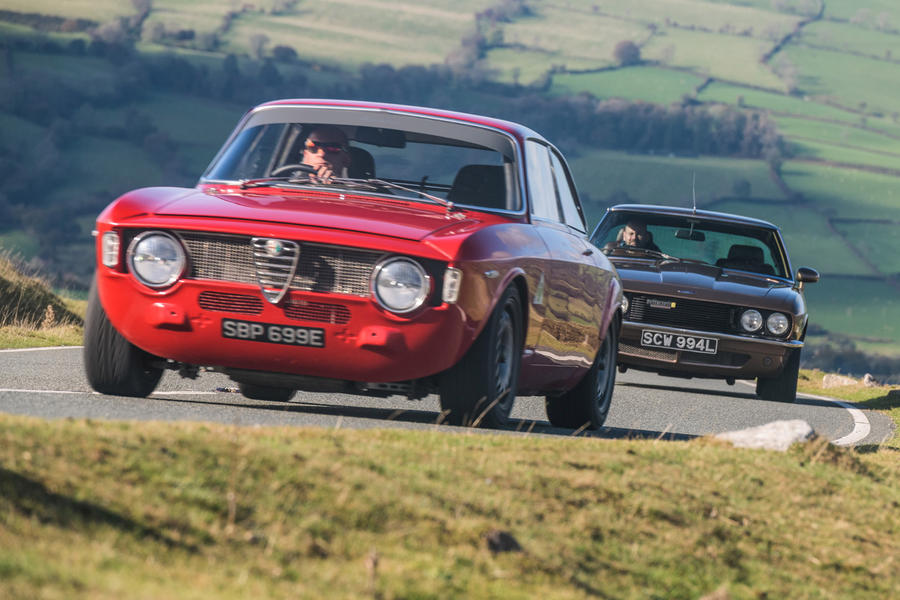 Classic insurer Hagerty reckons the cars it covers drive an average of 1200 miles per year, emitting 563kg of CO2. Left alone, then, they will potter along putting out a fifth of the annual CO2 burden of owning a big dog. The odd replacement part aside, the environmental burden of their creation has also long passed.

Turning classics into EVs basically starts that afresh, including making a big battery, which is the most energy-intensive part of production, and the performance of that battery will degrade markedly over time.

On typical classic miles, the energy spent making it won’t be offset by the time it needs replacing, at which time my Beetle’s fuel tank will be the same size as ever and there will be a greener synthetic fuel instead of the petrol we stopped using so much of.

So by all means, make a Ferrari 250 GTO EV and paint it camo because you want to. No bother. It might even be quite good fun. But don’t pretend it’s any more profound than that.

And if you do remove a particularly nice engine from a sports car, may I have first refusal?

If the e-motor isn't new, then it's not additional bad-for-the-environment production. However, many of these do use new battery packs -- awful for the environment. And those batteries will need replacement. Let's not forget -- the overwhelming majority of rare-earth minerals needed to produce EVs comes from China -- the WORLD'S BIGGEST POLLUTER BY FAR. Mining those minerals and producing batteries and motors in China, with utilities predominantly powered by COAL - is most certainly NOT helping the environmnet. Especially when, as noted, the classic car has already been manufactured and covers a low annual mileage. This is absurd.

This is a stupid thing to do to a car, for all the reasons outlined. But it is expensive, so at least that limits the number of stupid people doing it