BACK TO ALL OPINION BLOGS
Currently reading: Racing lines: Meet the EV-touting racer who's defending the NHS
UP NEXT
Opinion: Vandoorne back on form as Formula E hit Monaco

Racing lines: Meet the EV-touting racer who's defending the NHS

That’s a bit more like it,” said Alexander Sims on the team radio after winning his first Formula E race back in December. “I might even crack a smile on the podium.” The clichéd narcissist extrovert racing driver profile doesn’t exactly fit when it comes to one of Britain’s highest motorsport performers. Studious and serious but with a nice line in quiet, self-deprecating humour, Sims has always been a breath of fresh air.

The last time we caught up with him, last summer, he’d just finished a topsy-turvy Formula E season in which he’d been involved in a few too many incidents and accidents. But a maiden pole position and podium in the final round in New York had left him hopeful that BMW Andretti would re-sign him for a second crack at the all-electric single-seater series – especially as he is a genuine believer in EV propulsion. Again, he’s not your average racing driver.

Fast-forward to our strange lockdown present and Sims can reflect on a satisfying few months – despite the odd blip. BMW Andretti did indeed keep the faith, which Sims immediately repaid at the Saudi Arabian double-header season opener with two more poles and that maiden win. It was an “unexpected but fantastic” opener, especially for BMW, which stole the limelight from much-vaunted Formula E newcomers Mercedes-Benz and Porsche. Significantly, neither has yet to win a race.

For Sims, 32, it’s been up and down since then. Typically of Formula E, there were no repeat winners in the five rounds completed until Covid-19 led to a rash of race postponements. Who knows what happens next and when but, as it stands, Sims is third in the points, 21 down on leader and ex-BMW team-mate António Félix da Costa, who has switched to reigning champion DS Techeetah, with Jaguar’s Mitch Evans splitting them. Sims’ new, young and impressive team-mate, Maximilian Günther, is just two points behind after winning in Santiago, Chile, which leaves BMW Andretti just eight points down on DS Techeetah in the teams’ standings.

“The biggest thing really is just the depth of the field,” says Sims. “Everyone is absolutely on it, with big operations behind them and a lot of smart people working really hard. If you have an off-day for whatever reason – we all do make mistakes – you can fall so quickly. You can look very mediocre with a relatively small error.” 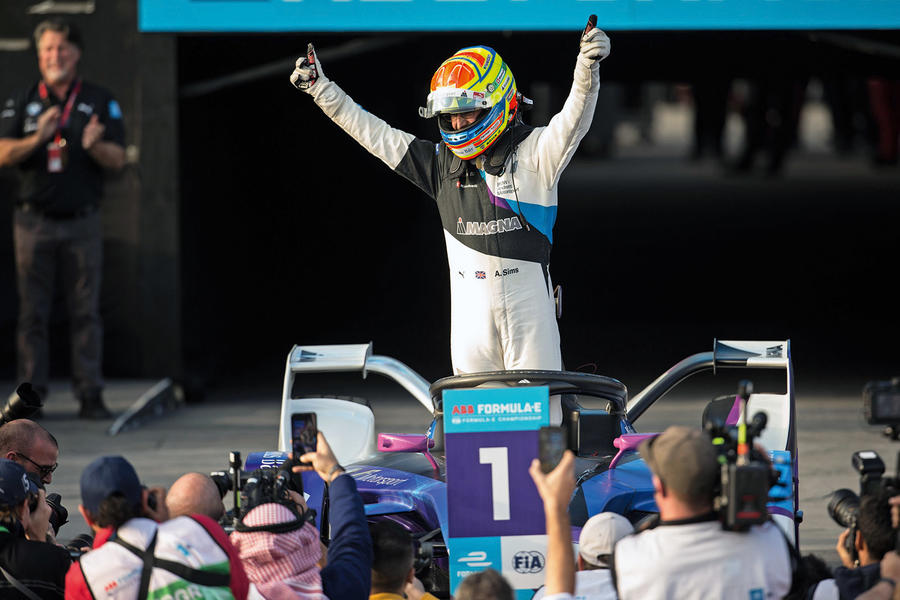 Sims audibly tightens when he recalls his own mistakes this term, the first in Santiago when he understeered into a wall while running 11th and the second a final-lap collision with Venturi’s Edoardo Mortara in Marrakech while fighting for fifth. “It was a light touch from him, moving across on me in the braking zone, but it damaged the driveshafts,” he says. “In that moment, you think ‘I shouldn’t have gone for the move, I should have played it safe’. Then you think back to the eight people I overtook in Mexico and the five I overtook in Marrakech up to that point. I was aggressive when I needed to be and they worked out fine. It’s such a difficult balancing act. When you’re fast you have got to push the issue – and sometimes it goes wrong.”

Rather than picking over performances, what really animates Sims (relatively speaking…) is when I raise a delicate point about Formula E itself. Despite the high manufacturer involvement and decent TV coverage, there’s still a big degree of scepticism and even hostility from some ‘petrolheads’ – including many who read Autocar. “I don’t have a massive problem with some not liking it,” he says. “If people love the sound of a screaming V8, fair enough. I personally don’t. I think there is more to Formula E and I would encourage people to look at it without bias or trying to compare it with Formula 1. There’s so much interesting technology, we’re developing stuff that is genuinely relevant to road car development at the moment. It’s not in the extremely niche part of the industry F1 is in. And you don’t need to be interested in eco-friendly transportation to be interested in Formula E. It’s exciting sport, too.”

Many F1 people are among the all-electric sceptics, as our recent interview with Renault F1 boss Cyril Abiteboul highlighted. But Sims was an early convert to EVs in his personal life and remains convinced which series is the most relevant to the real world. “It’s only going in one direction,” he says. “I genuinely believe EVs for all personal transportation is going to be the viable option for the next 50 to 60 years. I can’t see any other technology that will be sufficiently better than battery vehicles. Hydrogen for me is a moot point because at the moment it’s extremely inefficient to produce and get into a pump format, and ultimately it is still just another form of electric vehicle, with a fuel cell providing the electricity. Formula E is totally relevant to what OEMs are and will be manufacturing for the foreseeable future.”

Got the message on Alexander Sims being a bit different? Just to be sure, check this out. He and his performance engineer Andrea Ackroyd are campaigning to collect protective equipment from UK motorsport companies to give to the NHS in the wake of the coronavirus crisis. They have written to companies requesting unused and much-needed face masks, goggles, gloves, shoe covers, plastic aprons and detergent wipes. Sims admits it’s a “drop in the ocean”, but it’s an admiral effort from a man who is determined to make his own personal contribution to the world around him. He has set up an email address for correspondence, if you wish to contribute. Write to him at alexander. sims@hotmail.co.uk 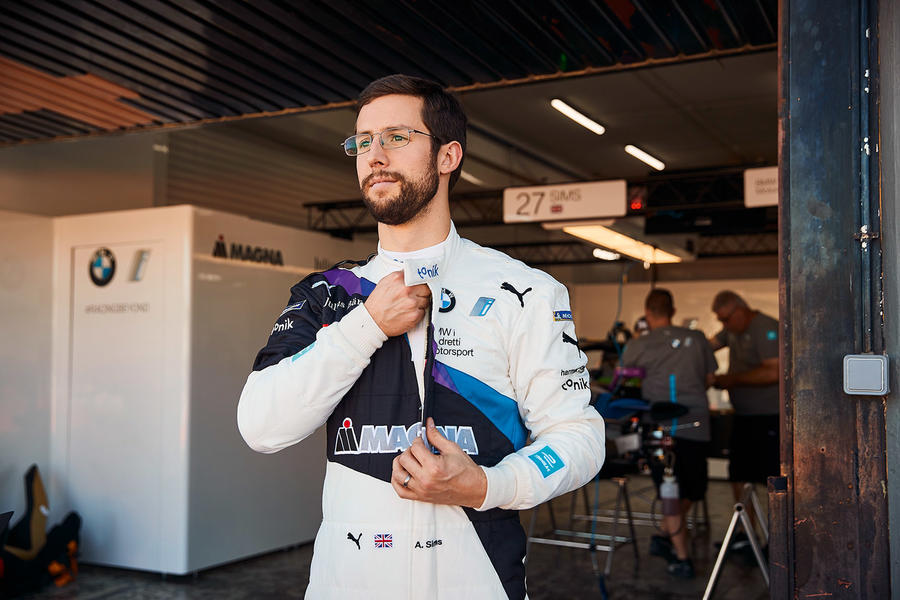