BACK TO ALL NEWS
Currently reading: Formula E 2019-2020 season preview
UP NEXT
Prodrive P25 is uprated Subaru Impreza 22B with 400bhp

Some didn’t think Formula E would get this far, but the future looks as bright as a New York skyline as season six prepares to kick off
Open gallery
Close

Brooklyn Cruise Terminal is an unlikely venue for a glimpse into the future. Essentially a barren car park and dock, it’s nestled in a corner of Red Hook, a faded, weathered Brooklyn neighbourhood full of run-down red brick buildings liberally splashed with graffiti. Even the stunning backdrop of distant Manhattan across the Hudson River adds only a wisp of glamour.

Yet it’s in this unlikely location that thousands of people gathered on a sweltering July weekend to see the future – the future of motorsport, of electrification, the car industry and arguably even wider society.

Since 2017, for one weekend every year, the terminal’s car park and nearby roads have been transformed into a 1.4-mile circuit to host the ABB Formula E Championship’s New York City ePrix. While the location isn’t as glamorous as the event’s title suggests, the fact it’s held relatively close to Manhattan shows the increasing power of the electric single-seater championship. As does the event itself. 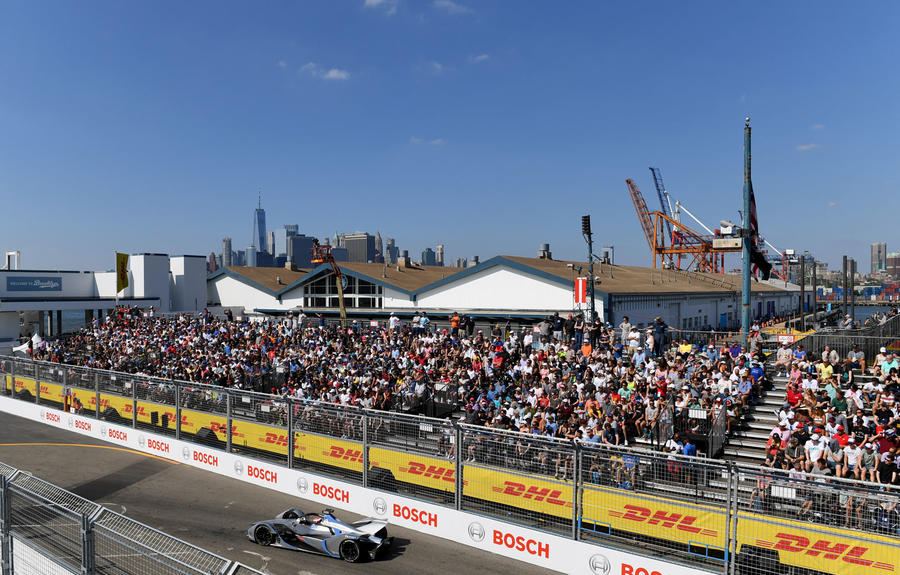 Walk down the pit lane and, while the garages might be in temporary tents, they contain some of the biggest names in the car industry: Audi, BMW, DS, Jaguar and Nissan, along with newer firms such as Mahindra, Nio and Venturi. For the coming 2019/20 season, Mercedes-Benz and Porsche will join them. The makeshift venue is packed with fans, pressed up against the fence to watch the two chaotic, entertaining races that capped the 2018/19 season.

That Formula E reached the end of its fifth season surprised many early sceptics, let alone that it did so unquestionably on the up and with real momentum behind it. “When we launched in 2014 nobody believed in Formula E. The general perception was that it was destined to fail,” laughs the series’ Renato Bisignani.

There were reasons for such scepticism. At the time, EV technology was still in its relative infancy – and virtually unexplored in motorsport. The cars were slow and battery sizes so limited drivers had to swap machines mid-race. The concept of an electric championship made sense, but it seemed premature. 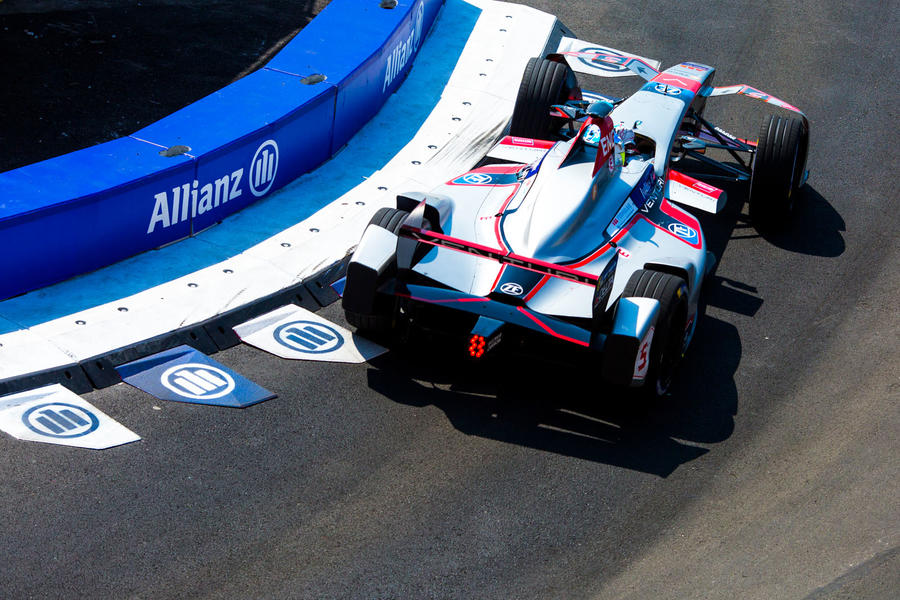 But in the five years since, the car world has pivoted hugely towards electrification. That 2014 launch might have been perfectly timed. “We anticipated where the car industry was heading,” says Bisignani.

As cars firms rushed to develop EV technology and showcase their capabilities, Formula E was one of the few viable options. “Electrification is a key goal for car firms, so it’s logical that Formula E is a focus,” says Allan McNish, the former Le Mans 24 Hours winner who now heads up Audi’s efforts in the series – which came at the expense of its ultra-successful endurance racing programme.

For car firms, Formula E’s technical package is hugely appealing: there are standard bodywork, aerodynamics and batteries, while teams can develop their own powertrain, transmission, gearbox and suspension – systems that can ultimately be applied to road cars. “We don’t want to open aero development, because it’s not relevant to road cars,” says Bisignani. 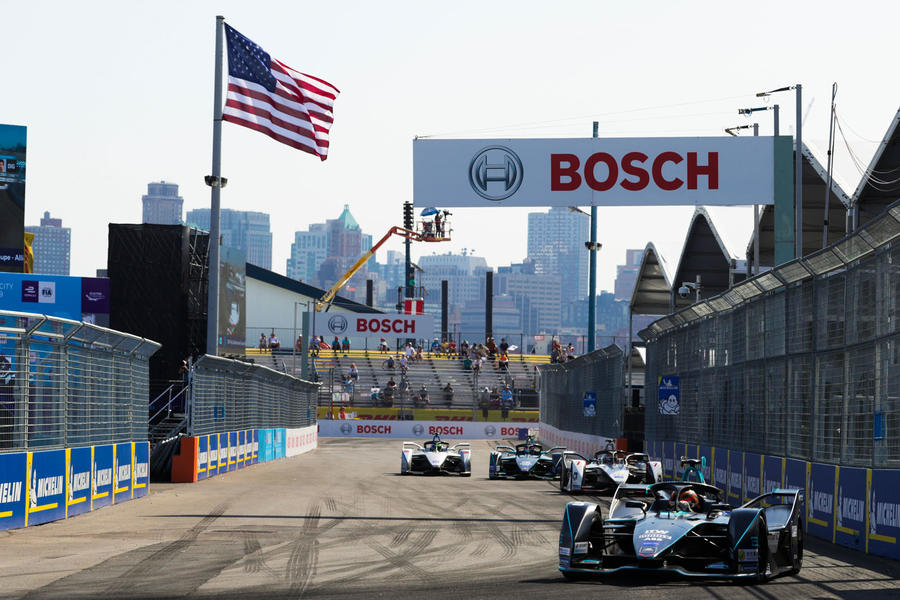 The tight regulations should also prevent a manufacturer ‘arms race’ that would make the championship cost-prohibitive. “Companies want a balanced return on investment,” says McNish. “Get the regulations right and you get cost control.”

McNish notes that part of the appeal of Formula E is that it is a new championship. “It started without history, so we can make the product for today with no baggage,” he says. For car makers, the 45-minute races, all held on temporary street circuits in major cities, are crucial in appealing to younger motorsport fans – who will grow up in a world where EVs are considered the norm.

That said, the racing is still a work in progress. The ‘Gen2’ cars, introduced last season, are faster and capable of completing a full race without stopping – but still slow compared with other, more conventionally powered international racing championships. And, as a consequence of Formula E’s otherwise enviable inner-city race locations, the race circuits tend to be tight and disjointed. The Brooklyn Street Circuit might have an unbeatable backdrop, but you’d never mistake the bumpy, cramped, stop-start track with the flowing majesty of Silverstone. 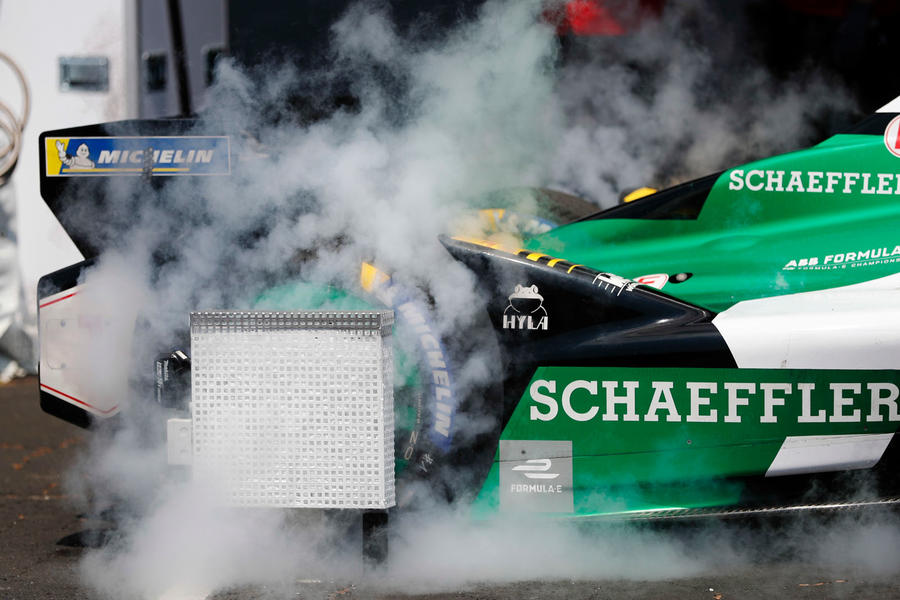 That, in turn, means the racing is often processional and somewhat messy, with plenty of contact between the cars in the close confines. Concepts such as the Mario Kart-aping Attack Mode short-term power boost helps, but only go so far.

“We’re lucky to get to race in some very nice places, but the tracks can be a bit short and aren’t great for overtaking,” admits series veteran Edoardo Mortara. McNish agrees it’s a problem, especially as the cars get faster, but says “the tracks can evolve with the cars. We can open them up, make them faster in places.”

But the real success of Formula E isn’t shown on the track but by what’s going on around it. In Brooklyn, the main fan area was filled by sizeable displays, where car firms involved were all showing off their electric machines, including the Mini Electric, Jaguar I-Pace, Audi E-tron and Mercedes-Benz EQC.

It wasn’t just the OEMs: there were sizeable displays from other firms, notably including Harley-Davidson (with its range of electric bikes) and series sponsor ABB. The Swiss-based technology company’s stand showcased not just its EV fast chargers, but electric tech for both public transport and home use.

Tarak Mehta, ABB’s electrification boss, says Formula E offers a chance to “showcase what the latest technology can do in terms of EV performance” and “pushing sustainability mobility forward”. Mehta also points to how Formula E’s urban race locations allow ABB to talk about noise: “The cars aren’t noiseless, but they show EVs can be both quiet and entertaining.”

ABB’s involvement also shows how it isn’t just car firms using motorsport to improve their products: the company has developed a portable fast charger used in the Jaguar I-Pace Trophy support series, and Bisignani says similar technology will be integrated into the next ‘Gen3’ Formula E car: “We need technology relevant to the industry, and that includes fast charging.” 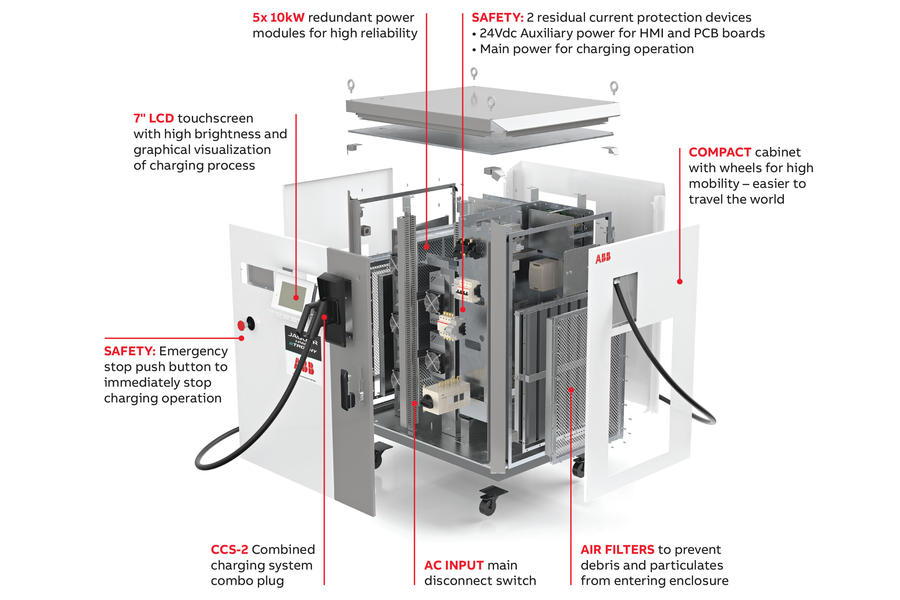 Formula E bosses are currently developing that Gen3 car, due to be introduced in 2022/23 (with the Gen2 cars getting a mid-life facelift for 2020/21). While plans are still in flux, Bisignani promises they “will be faster, for sure”, and also feature bigger batteries.

That should add to the spectacle, which is something Formula E needs: perhaps because of the occasionally disjointed racing, television viewing figures are comparatively small, although growing.

Still, for a championship just starting its sixth season, Formula E is in a stronger position than many expected, thanks to manufacturers having bought into its vision – not just about electric cars, but the chance to look into the future. 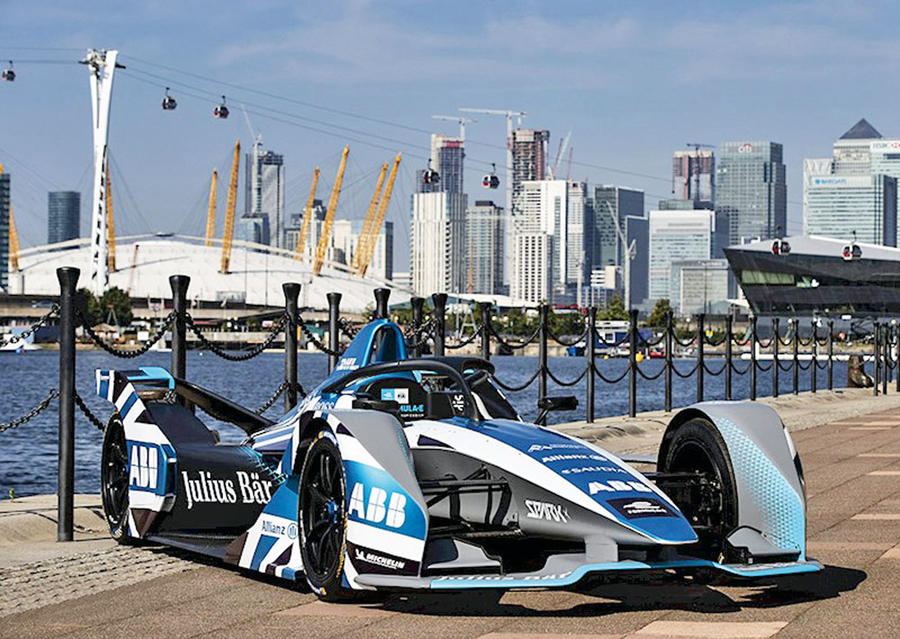 Mercedes and Porsche join the fun

The big change for Formula E’s sixth season is the arrival of Porsche and Mercedes-Benz with works teams, expanding the field to the maximum 24 cars for the first time and completing the set of German premium brands.

The other big news for British fans is the return of London to the calendar, using an unusual new circuit in the Docklands area (right) that runs through the ExCel exhibition centre. It will host a double-header season finale in July.

There’s no change at the team to beat: DS Techeetah won both titles last season and returns with champion driver Jean-Eric Vergne.

Racing lines: Why you should give Formula E a chance