BACK TO ALL NEWS
Currently reading: Coronavirus: What motorists need to know
UP NEXT
Fisker goes radical with Pear EV SUV

The UK government has ordered the entire population to stay at home where possible in an effort to contain the ongoing coronavirus pandemic, and motorists are understandably unsure as to how the new rules affect them. Autocar has compiled this guide to help you know what you can and can’t do until the restrictions are lifted.

What is the coronavirus (Covid-19)?

Covid-19, also known as the coronavirus, is a potentially deadly viral infection that is easily transmitted between individuals. Originating in the Chinese city of Wuhan, it's highly contagious and sufferers only begin to show symptoms several days after infection.

The elderly and people with underlying health conditions can develop especially serious forms of the resulting illness, so the UK and most other countries around the world imposed strict lockdown measures to limit its spread. England - along with neighbouring countries including France and Spain - has begun to ease these lockdown measures, though there are still tight guidelines on where people can go and who they can see.

Can I still go for a drive in self-isolation? 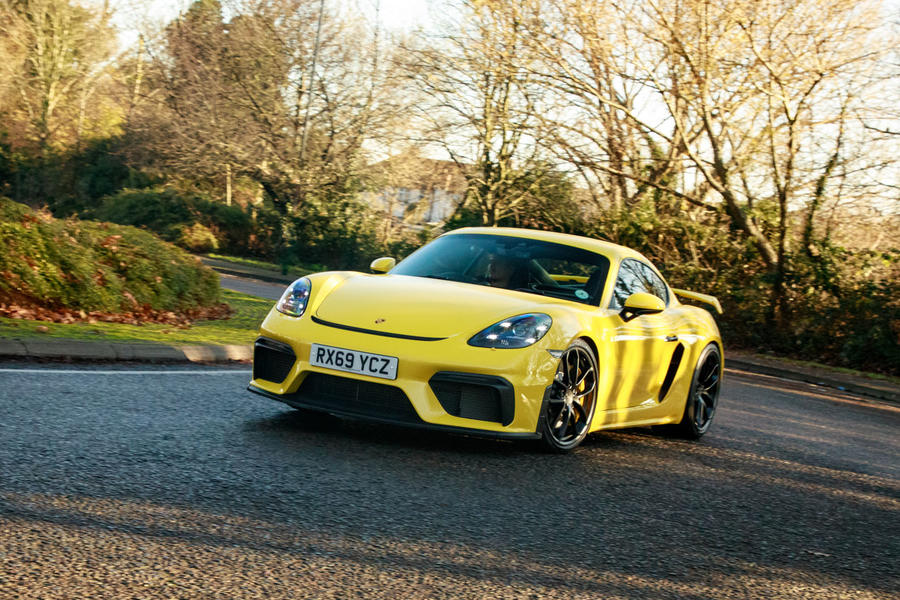 Although driving hasn't been banned, it is still advisable to remain at home unless you have to make an essential trip.

Restrictions have gradually been eased over the past few weeks, and you're now allowed to drive for a variety of non-essential purposes, but simply driving for pleasure isn't advisable until the restrictions completely lift. Bear in mind: if you break down, somebody has to come to recover you, and if you have an accident, you could end up in hospital where the chances of infection are much higher.

How can I stay safe when refuelling at a petrol station?

The price of fuel has fallen quite significantly because of the coronavirus pandemic – the Morrisons supermarket chain dropped unleaded prices by an unprecedented 12p per litre in April – and fuel stations have remained open throughout lockdown. 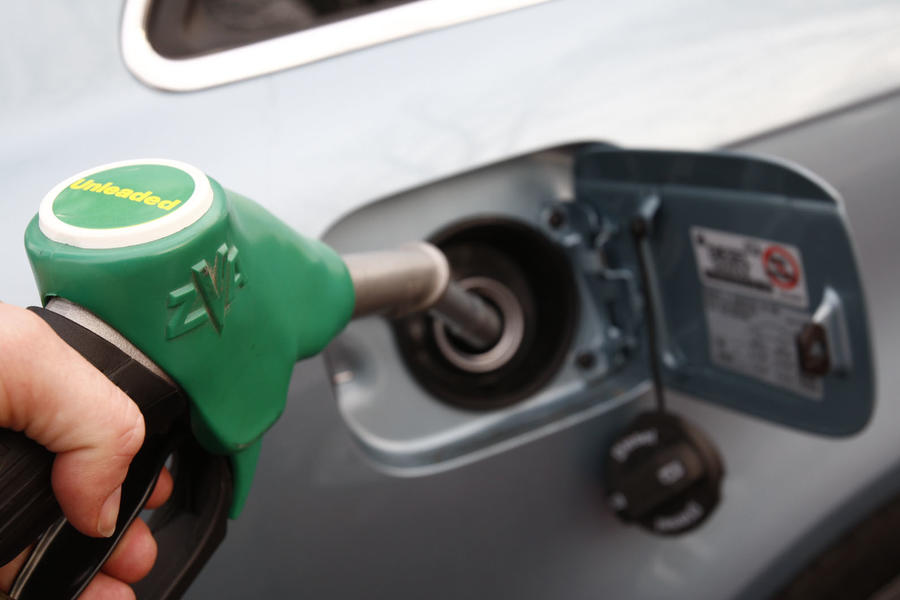 Fuel pump handles have, however, been identified as high-risk touchpoints, so customers have been advised to use gloves while filling their car and to wash their hands thoroughly as soon as possible after leaving.

Can I still get my car serviced?

Garages have been classed as essential businesses. This means that key workers' vehicles, which are considered essential means of transport, can still have vital repairs carried out in order to maintain roadworthiness. As the stay-at-home measures were eased, more garages have been taking bookings for all types of work, and DfT figures show that more than 90% are now operating again. What if my car's MOT runs out?

The government paused mandatory MOT testing during the Covid-19 outbreak to reduce contact between garage workers and customers. Cars, motorcycles and vans were granted a six-month exemption on 30 March, meaning that – as long as they remain in a roadworthy condition – they can be driven without a valid MOT certificate. This extension will now end on 1 August - as opposed to 29 March 2021 - so if your MOT is due to expire after that date, you must get your car tested as normal.

The extension still applies to all certificates due to expire before 1 August, but new certificates issued after the original date of expiry will only be valid until that date next year.

Road safety charity Tyresafe has warned drivers not to neglect the condition of their vehicle's tyres. The legal tread depth of 1.6mm has not been suspended, and drivers still risk a fine of up to £2500 and three penalty points for each tyre found to be excessively worn.

Do I still need to pay the Congestion Charge or ULEZ entry fee? 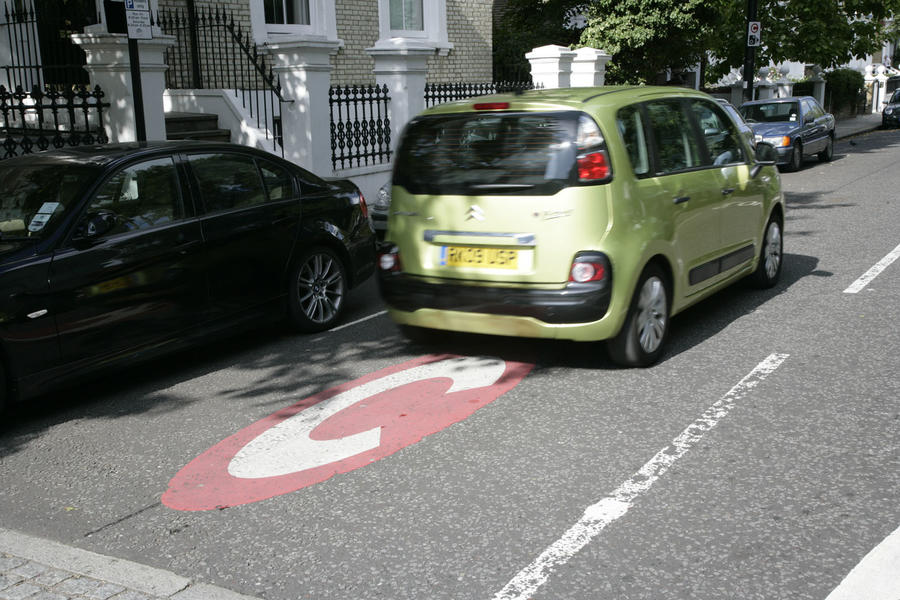 Central London's Congestion Charge (£11.50 per day) and ULEZ entry fee (£12.50) were suspended at the beginning of the lockdown as part of a drive to reduce crowding on the city’s diminished public transport offering, but the Congestion Charge was reactivated on 18 May and the daily charge increased 30% to £15 on 22 June. The ULEZ has also been reinstated, though charges are unchanged.

A total of 40 underground stations were closed at the start of the outbreak - though several have since reopened - while bus and mainline train services in and around the capital have been heavily reduced. Transport secretary Grant Schapps said it is the nation's "civic duty" to avoid public transport until the risk of coronavirus transmission has significantly reduced.

What do I do if I've booked a driving test?

The DVSA suspended practical driving tests for up to three months from 20 March, with the exception of those booked by critical workers, including NHS workers and goods delivery drivers, but driving lessons and tests have now been given the green light to restart on 4 July in England.

The DVSA will issue guidance to testers and instructors on how to safely share vehicles, but it has yet to be confirmed which measures will be implemented specifically. The AA ruled out the use of protective plastic screens between the two front seats, as they would prevent the instructor intervening if needed. 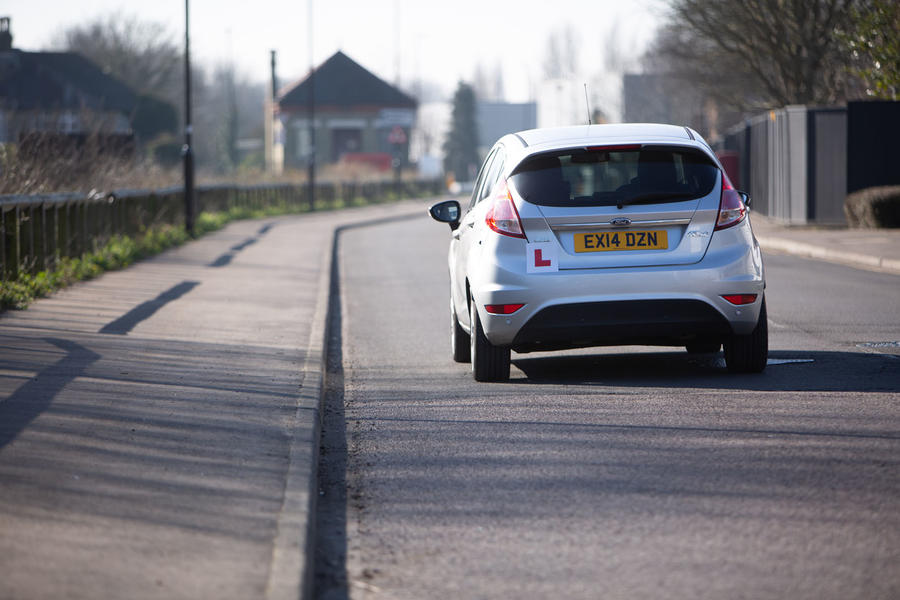 My driving licence has expired, can I still drive?

As of 4 June, drivers have been granted a seven-month extension for photocard licences with an expiry date between 1 February and 31 August 2020. The move allows people to undertake essential journeys without having to worry about obtaining a photocard with a new picture. If your actual entitlement to drive, however, is due to expire, you will need to renew your entitlement in the normal way.

Is now a good time to buy a new car?

Dealerships had, by and large, announced temporary closures even before the Prime Minister forced all non-essential retailers to shut down, but all were forced to close when lockdown began on 23 March.

As of 1 June, dealerships in England have been allowed to reopen, so long as they adhere to strict social distancing policies and have passed a special risk assessment. Measures include allowing buyers to take solo test drives, staggering appointment times to reduce the risk of crowding, locking display models and sanitising any cars that have been touched. Online platforms, such as our sister title What Car?'s New Car Buying service, remain in operation, offering buyers the ability to specify and order a new car without risking contact with others. It’s worth bearing in mind, however, that much of the European, US and Asian manufacturing sectors are still operating at a limited capacity, so waiting times for new cars are likely to be significantly extended.

Can I still buy a used car or go to an auction house?

Various sources have reported a huge spike in online searches for used cars costing less than £2000 as second-hand dealerships and auction houses are forced to move to a digital sales model to limit person-to-person contact. BCA, the UK’s largest used car auction chain, is hosting all of its events online, with prospective buyers invited to place their bids via a dedicated website or app. Punters can also take their chances with a used car from the internet’s still thriving array of private sales platforms, including Gumtree, eBay and Facebook Marketplace.

It goes without saying, however, that buyers should take every precaution possible when viewing or picking up a used car: stay a safe distance from the seller, disinfect the interior thoroughly and don’t spend more time out of the house than you absolutely have to.

The most important thing to remember is this: if you can wait to buy a car until after the outbreak, you should.

Coronavirus and the car world

Autocar and Covid-19: a word from the editor​

MOT Checklist: everything you need to know

What about driving to keep your car in working order

Going out for a blast on your bike may not be essential but leaving your car standing for weeks on end doesn't do it any good. At the very least I'd run it on the drive for twenty minutes every week or two, or perhaps take the long way home from the supermarket.

Modern cars can take it

I've kept cars off the road for prolonged periods and they don't seem to suffer, especially if you are fortunate enough to have a car small enough to get it into what are laughably termed "garages" these days.  Electronic fuel injection and ignition means they normally start up as if they were used yesterday.  You just need to remember to look after the battery, brakes and tyres and start it up periodically to let the engine get up to full working temperature.  I only used to use my car primarily to go to activities which have been closed down for the forseeable future.  I'm going to SORN it and not bother to renew the insurance (it's not worth much) until this is all over, if ever.

Can I go for a drive in self-isolation? Answer It Isn't Advisable.

Says who? Just wondering why isn't it advisable?

Who would want to be in business or be a politician tasked with organising this mess we find ourselves in, but one of the most frustrating things to me is people who seem to throw common sense straight out of the window. I would have thought going for a drive would be ideal.

Can we just remind ourselves how this virus is being transferred between people?

Can I go for a drive in self-isolation? Answer It Isn't Advisable.

Says who? Just wondering why isn't it advisable?

Who would want to be in business or be a politician tasked with organising this mess we find ourselves in, but one of the most frustrating things to me is people who seem to throw common sense straight out of the window. I would have thought going for a drive would be ideal.

Can we just remind ourselves how this virus is being transferred between people?

"Says who"????. Maybe the vehicle breaks down, perhaps an accident, probably involving other vehicles...what then happens...the emergency services must attend, the vehicle transporter driver has to get into your vehicle and drive it onto his, you may need treated at close quarters by medical staff, maybe go into already stretched hospital, be attended by medics with inadequate (thats you also) PPE, who may be unknowingly carrying the virus, pass it on to you, you take it home, etc, etc.

You would have thought?...a lucid coherent thought has never occurred to you.

Can we just remind ourselves?...remind?...ourselves?.

Also since the relevant

Also since the relevant articles comment section has been closed, I personally am enjoying the re release of many older articles, always good to have something to read even if I did read it a few years back. So keep them coming please Autocar and thanks.

Also I do scan through the previous pages of reviews and news just to re read random stuff as well.