BACK TO ALL OPINION BLOGS
Currently reading: Why safety tech and speed limiters can’t save us all
UP NEXT
Remembering Clive Sinclair and the launch of the C5

Why safety tech and speed limiters can’t save us all

The motor industry and global legislators want our roads to be fatality-free in future, but that could present a conundrum that technology can’t solve
Share
Close
Share story

To recap, then, Volvo recently announced that it’s limiting all of its cars to 112mph from 2021. It followed that up shortly afterwards by saying it will also fit all new cars with technology to detect whether the driver is drunk or nodding off.

And now, all of a sudden, so is everyone else. As predicted, Volvo’s announcements stole a march on the EU’s declaration that intelligent speed assist (ISA, or speed limiters by another name) will be fitted to all new cars by 2022, along with drowsiness detection, ‘alcohol interlock facilitation’ and some other safety features. Volvo has been assserting that no one should be killed in one of its cars by 2020, but the industry and legislators as a whole have been quietly working towards a similar goal for some time. 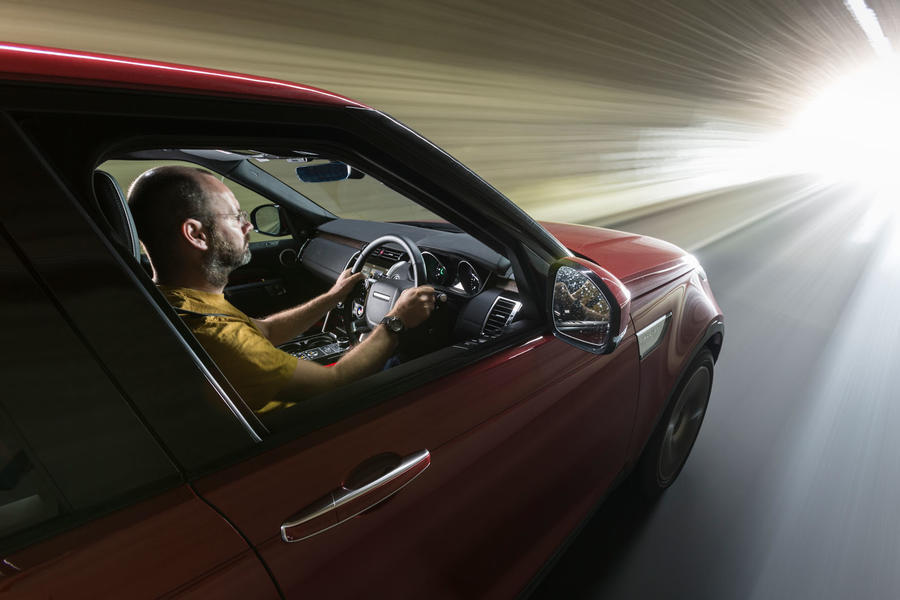 Vision Zero is the name given to the loose collective of industry bodies, government departments and local initiatives that was started in Sweden in 1997 but which has since become a global affair. Its aim is simple and worthy if ambitious: to reduce road deaths to zero.

Trouble is, interested parties have been coming to the conclusion that in order to achieve that goal, some things are going to have to change quite radically. Cars are getting safer and safer, and if you’re inside a modern one, killing yourself is becoming really quite hard. The problem is those around them: pedestrians, cyclists and everyone not protected by two tonnes of impact-resistant metal box.

It’s telling that Volvo’s mandate is that no one should be killed ‘in’ one of its cars by 2020, not ‘by’ one of its cars. You might think that clever advanced driver assistance systems (ADAS) would be the answer, but their development seems to have reached a bit of a bottleneck.

Have a read of the caveats and disclaimers in any number of current owner’s manuals describing how ADAS works, or doesn’t. Volvo says its City Safety system can detect cyclists, but only adult cyclists riding adult-size bicycles and not “partially obscured cyclists, or cyclists if the background contrast is poor, or cyclists wearing clothing that obscures the body outline, or bicycles loaded with large objects”. 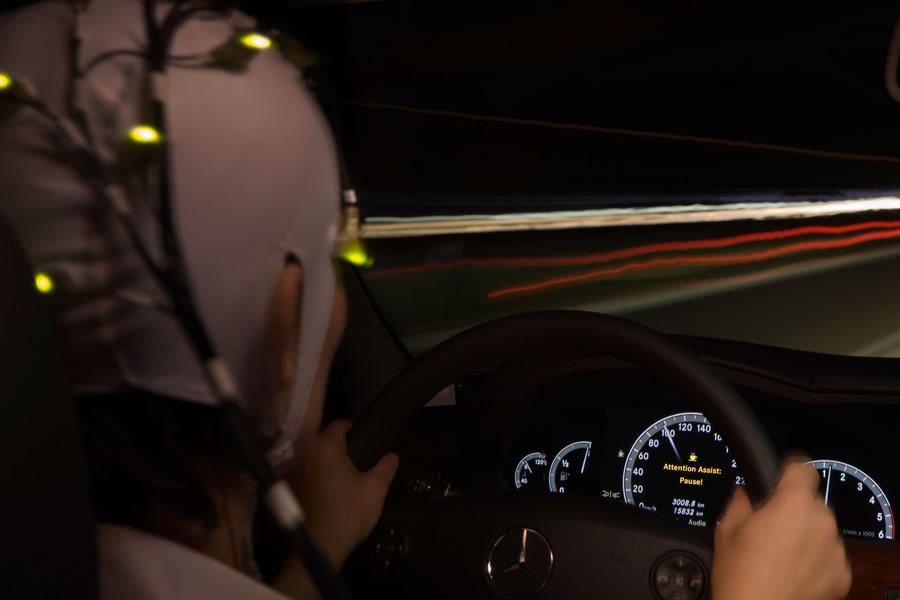 Pedestrians, too, have to be very pedestrian-shaped, and not “partially obscured, shorter than 80cm or carrying large objects”. And if your car’s cameras and sensors are dirty or obscured, then all bets are off.

It’s certainly not just Volvo. Subaru’s Eyesight driver assist tech works extremely well by the standards of these things, but the circumstances under which it doesn’t are listed at length. The latest Honda CR-V has just scored five stars in the Euro NCAP tests, but the detection limitations of its Collision Mitigation Braking System, Adaptive Cruise and Low-Speed Follow systems are at least as extensive as Volvo’s, perhaps more so. These are just a handful of examples.

When all is working as it should, detecting something isn’t necessarily a problem, but deciding what that thing is and then determining whether it should be avoided is the issue.

If a pedestrian carrying a ladder or someone riding a bicycle while wearing a big hat is going to confuse the best current ADAS set-ups, imagine how they’d cope with large groups of bicycles going this way and that, or a bunch of people crossing the road together, all wearing and carrying different things – hardly unusual urban scenarios.

The technology simply isn’t yet able to make these decisions as effectively as a fully operational, fully attentive human. And this is a burning issue for proponents of self-driving cars.

A few weeks ago analysts at KPMG published what has become its annual Autonomous Vehicles Readiness Index, a global league table of which countries are best prepared, or best preparing, for the arrival of self-driving cars. 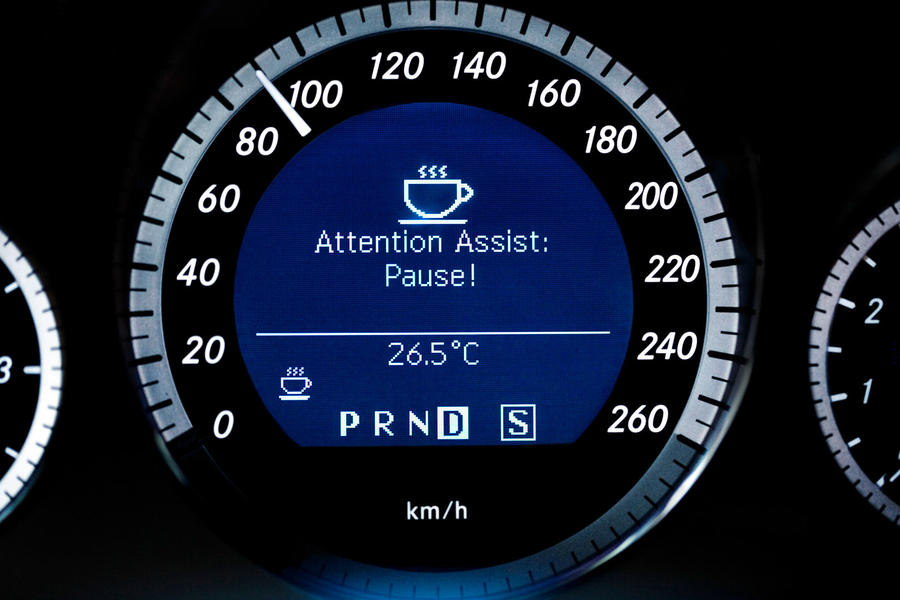 The winner was The Netherlands (the UK came seventh), but even so, the report noted that the country “has a lot of bicycles” and that “in urban areas it will be very difficult to start autonomous driving”. Their conclusion? “It may make more sense to keep transport modes separate rather than integrating AVs to work there.”

And that seems to be the way the thinking is going: if we can’t make our roads completely safe, we’ll have to make them if not completely then certainly considerably different. The best way, perhaps the only way, to avoid pedestrians and cyclists getting killed by cars, regardless of blame, is to keep them apart.

That might sound like a blissful, utopian ideal, but the reality of re-engineering our towns and cities to permanently separate road traffic from everyone else could present insurmountable problems, or at least extremely expensive ones.

No need to give up your license quite yet...

I think Peter C must have missed the data showing younger folk just aren't bothering to learn to drive and/or buy cars in the way previous generations did.  Looks like it's self-regulating - driving was about freedom (and maybe fun!)...and if you're no longer free and it's not enjoyable, then why bother!  The world is becoming ever more urbanised and for city-dwellers public transport just makes more sense.  Which is surely good news for us oldies who continue to drive?

Have to start sometime....

Can’t just stand there and shake our collective Heads about this, yes, it seems an insurmountable problem, but, there’s going to be more and more traffic on the Roads, and I can see maybe mandatory surrender of licences at say 65-70 so as to free up space for new younger drivers, otherwise we will need good Train, Plane, Ship services. I don’t envy people who live in Cities or commute into them, must be very stressful, so to say limiters or autonomous speed control isn’t a start is a bit short sighted.

Having been in Rome recently, I'd like to put it forward as the ideal area for testing autmated vehicles.

An unnerving drive in a taxi, which was swapping lanes with inches from other cars to spare, exceding speed limits, giving pedestrians on a crossing a few inches of room, makes you wonder how an automated system, programmed with safety in mind, would ever cope with the kamikaze driving.

The automated car would also struggle with the way pedestrians dart into the road.

And that's without the motorcyclists weaving in and out of traffic....